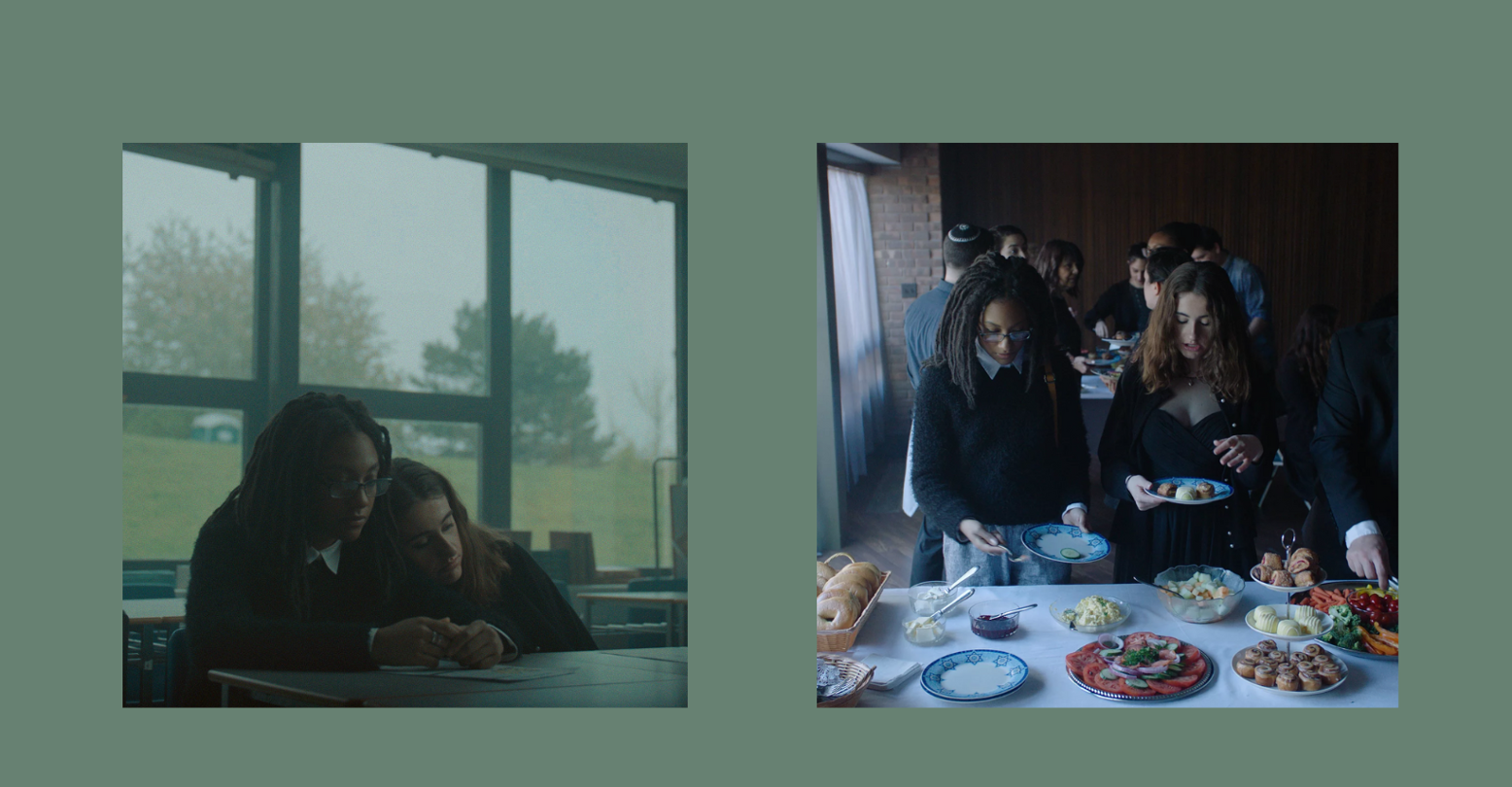 One year ago, Martin Scorsese launched a battle against #content. To the beloved American filmmaker and a burgeoning number of movie buffs, good movies were being conflated with generic filler, and generic filler with good movies. “Content,” Scorsese wrote in Harper’s Magazine, had become: “a business term for all moving images: a David Lean movie, a cat video, a Super Bowl commercial, a superhero sequel, a series episode.” The mind behind such pictures as Taxi Driver and Gangs of New York urged the public to remember the pleasures of surrendering to a dark theater and a filmmaker’s laborious vision: sound and image melding to convey delicate moods and meanings, uninterrupted, for several fleeting but engrossing hours. Cinema was not something that could be truly appreciated through bingeing, multitasking, or tiny smartphone screens.

While the ongoing crisis at Netflix suggests that many are nostalgic for this older, “purer” way of experiencing movies, Olivia Peace’s Tahara sweetly complicates the Scorsese campaign. A darkly funny coming-of-age tale set against the backdrop of a Hebrew high school’s memorial service, Tahara owns its relationship to the dreaded C-word, fusing the storytelling power of the old school with the cost-effective insights and hard-wired habits of the new school.

As a car drives down Rocherster’s placid suburban highways in the film’s opening shots, the moment — and the ones to follow — are captured in a 1×1 frame akin to an Instagram tile. A brooding hip-hop track and minimalist credits further conjure the experience of viewing an IG story. Finally, we are met with a flurry of actual Instagram posts of two apparent besties, Carrie (Madeline Grey DeFreece) and Hannah (Shiva Baby’s Rachel Sennott) taken over the years. In actuality, this life-long friendship, appearing so solid in these digital bits, will soon buckle in the aftermath of an unpopular classmate’s suicide. Over the course of a day, the dead’s secrets are revealed, resulting in adult realizations being made by the living.

As they arrive at their upstate Hebrew school for an organized day of remembering and grieving, Carrie and Hannah — uncertain and indifferent to what they should be feeling—stick to themselves. During a memorial service, the two communicate telepathically, as best friends often do: cracking inaudible jokes by reading the other’s minute changes in facial expressions and through indecipherable scribbles on the back of the memorial’s paper program. They share an enviably intimate bond and a sense of wry, very-online humor that makes death easier to digest.

Still, despite the Daria-and-Jane rapport, it becomes clear the connection is uneven. Carrie harbors an unspoken crush on Hannah, so she allows Hannah to call all the shots, resulting in everything becoming about Hannah, whom Carrie waits on hand-and-foot when she’s thirsty, clumsy, or needs to pee.

Despite the Daria-and-Jane rapport, it becomes clear that Carrie and Hannah’s connection is uneven.

Rachel Sennott’s performance as a self-absorbed teen girl who unwittingly puts her queer friend through the wringer is especially riveting. She achieves a balance between charm and annoyance that makes it impossible to cringe or look away— even as Hannah inappropriately drones on and on about her infatuation with Tristan (Daniel Taveras), the dead girl’s boyfriend who is also attending the memorial. One moment, Hannah is self-styling herself to be a sexually experienced femme fatale-in-training; the next, she’s struggling to maneuver the school’s hallways in her modest kitten heels. She’s a girl keen on being a woman. Yet she only succeeds in being a facsimile of the latter, while giving little thought to how her behavior might impact those around her. Hannah does not think in terms of actions and consequences, but in literal animations reminiscent of the cutesy gifs one applies to an Instagram Story.

While Hannah fails to meet the bare minimum requirements for maturity, Carrie avoids accepting and expressing her feelings for her fair-weather friend. Their codependencies resemble the slender apex of a Venn Diagram, where the only shared quality is a fear of being alone. But the reckoning soon begins when Hannah cajoles her friend into a kiss in their yeshiva’s bathroom — not because she likes Carrie, but because she selfishly wants to affirm that she and she alone is a good kisser. For Carrie, the bittersweet moment is a tiny revelation, as full of dissatisfaction as it is of painful sexual awakening.

Their codependencies resemble the slender apex of a Venn Diagram, where the only shared quality is a fear of being alone.

Part of what makes Tahara so great is that Carrie’s journey can’t be easily written off as another coming-out story. As their classmates cope with Samantha’s death by devouring a bagel spread, covertly taking edibles, and watching conspiracy theory videos on YouTube, Carrie copes by realizing that she is not a passive party in her own relationships; that she has a choice in everything. Even the company she keeps.

As the day winds down, Carrie bravely strays from Hannah and her constant neediness to hang out with other peers, including Elaina (Shlomit Azoulay), a candid girl with a nose job and a vaping habit about whom Hannah constantly talks shit. New connections bring new revelations, including the realization that Hannah’s selfishness might’ve played a part in driving the deceased to suicide.

In Tahara, he aesthetics of content creation are not wholesale useless, but a fact of life as simple as life and death

The film’s title, Tahara, is borrowed from the Jewish tradition of preparing and cleansing the body for burial. As Peace and the thoughtful screenwriter Jess Zeidman illustrate, the ritual of laying the body bare impacts the living, too; the reminder that life is indeed short calls one to pursue all that she wants in life, and abandon the people and things that are holding her back. Someone else’s slumber is Carrie’s awakening, and when Hannah clumsily tries to use her friend to get access to Tristan, Carrie, as with the dead, bids her a bittersweet farewell.

For Peace and her collaborators, the aesthetics of content creation are not wholesale useless, but a fact of life as simple as life and death; these ways of presenting information selectively conceal the truth, falsely architecting a rich reality where one doesn’t exist. These tools also make for clever and resourceful queer storytelling.

While the golden days of capital F-film are worth recollection, the form and style of capital C Content nicely greet a young audience on its own playing field. And despite Scorsese’s concerns, Tahara leaves the tedium and angst of being a teenage girl deliciously unfiltered. At the end of the day, content isn’t the problem; it’s forgetting that we have a say in the company that we keep, online and off. The hybrid movie Tahara is a companion worth choosing — especially if one ends up watching it on their phone.♦