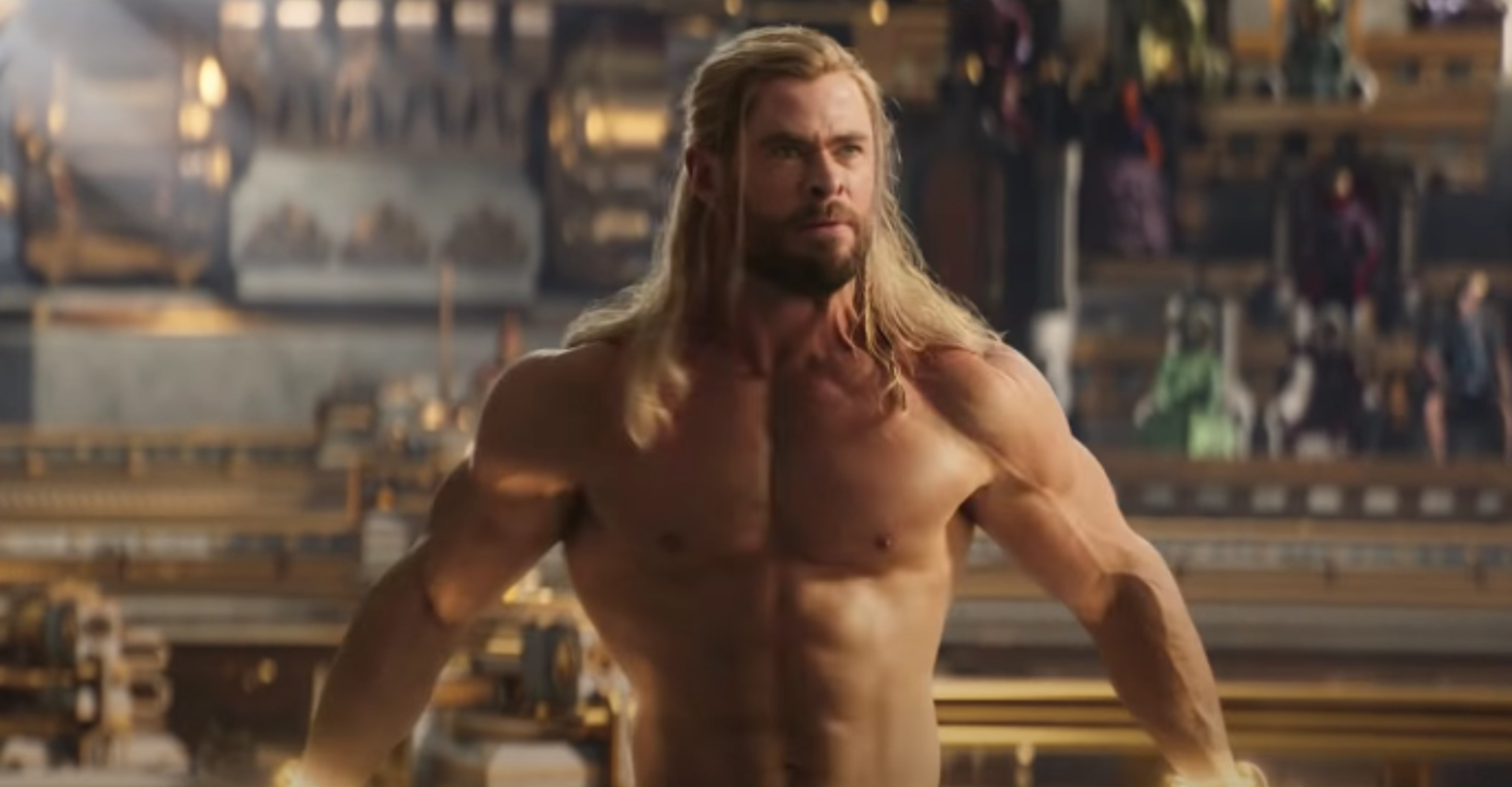 Thor: Love and Thunder debuted a new trailer this week and this time we get more Jane, more Valkyrie, and *cough* so much more of Thor.

With Korg (Taika Waititi) recounting what Thor (Chris Hemsworth) has been up to, the trailer shows Thor bettering his physical and mental health, while finding a new sense of purpose in the universe. Now along for the ride with the Guardians of the Galaxy, Thor navigates the cosmos as a new and improved man. And while traversing through space always brings surprises, who would’ve thought a superpowered Jane Foster (Natalie Portman), who effortlessly wields Mjolnir like it’s a number 2 pencil, would appear.

While Jane and Thor reconnect, Valkyrie (Tessa Thompson) is busy being the baddest King of New Asgard.

And like Thor: Ragnarok, there are plenty of antics, but there’s still another threat to the universe to contend with. This threat comes in the form of Gorr the God Butcher (Christian Bale), who seemingly invented body paint.

So, there’s a lot going on, but even with all of this, it seems like there’s still a spark between Thor and Jane.

Thor & Jane stare at each other in this official new #ThorLoveAndThunder still! pic.twitter.com/aiigA3PCzY

But we also love the chemistry between Valkyrie and Jane.

I’m already in love with Jane and Valkyrie’s dynamic in this movie 😭 #ThorLoveAndThunder pic.twitter.com/xifyBZhNgN

Oh, did we mention naked Thor?

Phase 4 is MCU men getting naked

Don’t mind us. We’re just swooning and the internet seems to be just as delighted by all that the new Thor film has to offer.

Taika… I’m starting to notice a trend in your Thor movies. pic.twitter.com/Mch8hnDibn

in early development for this film they wrote "but what do BISEXUALS want?" on a whiteboard and underlined it eight times https://t.co/fODnWzHI0C

i can’t get over how good natalie looks cause GAH DAMNNNN https://t.co/8Uz6YhTLbl

Sure naked Thor is nice, but put Jane and Valkyrie into the mix and you have a film that’s too hot to handle. We’re not sure if this is what Marvel intended, but we won’t complain.