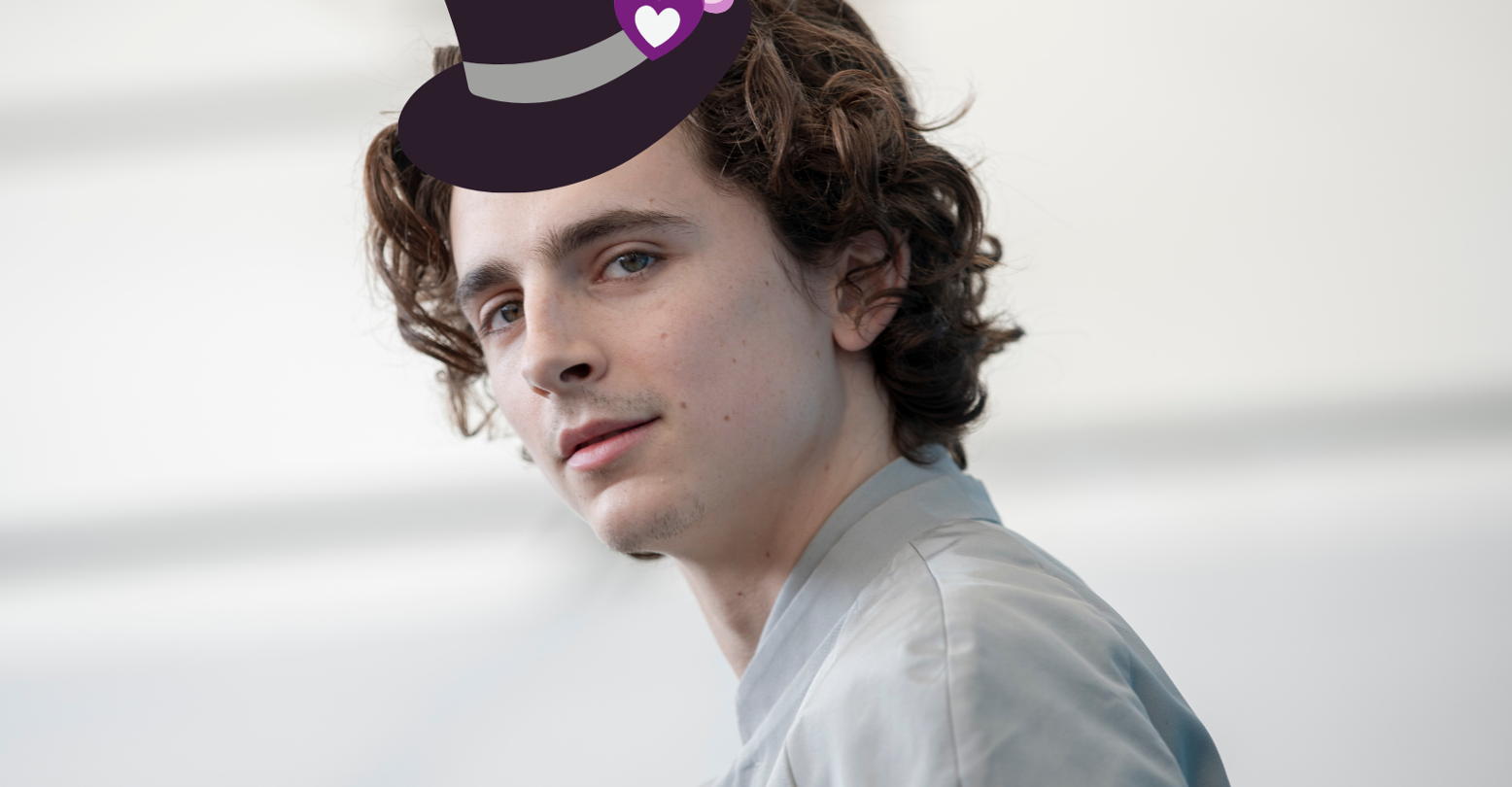 Timothée Chalamet has long been an honorary twink — he may not be gay, but his starring role in “Call Me By Your Name” was enough to cement the actor in the queer canon. But in his new role as a young Willy Wonka, he’s apparently spearheaded an entirely new identity: Twonka. Twink Wonka.

The discourse started when Twitter user Art Doherty, @_ARTSARTSARTS, saw Chalamet’s new film “Wonka,” a prequel story about the eccentric chocolatier, was filming in their hometown of Lyme Regis in the U.K. They captured a behind-the-scenes look at the movie musical, leaking the first official (unofficial) clip of the film to Twitter. “theydies and gentlethems, without further ado, the main event … THEE timothée chalamet on my doorstep recording a musical number for wonka!” they tweeted.

theydies and gentlethems, without further ado, the main event… THEE timothée chalamet on my doorstep recording a musical number for wonka ! and i am living ! timmy nation rise !!! pic.twitter.com/LswcIBSca9

In the video, Chalamet is riding on the back of a truck, belting out a new song written for the movie. “Now it’s time to show the world my recipe,” he sings. “I’ve got 12 silver sovereigns in my pocket / And a hat full of dreams.” The clip now has over 460,000 views.

And according to Doherty, Chalamet’s on-set twinkhood is undeniable. In another tweet, they wrote, “i could shout twink and this man would hear me.”

i could shout twink and this man would hear me

“I’m not attaching any other labels other than twink,” they explained to Vulture. “I think you can’t disagree with that.”

What exactly makes this Wonka a Twonka, you may ask?

“It’s just the walk,” Doherty said. “If you’re gonna do a young Willy Wonka, he’s gonna end up being a twink by nature. But the joie de vivre from the walk and the way he’s just bouncing along with a little top hat and tails, it’s just twinky behavior. There’s no other way to put it. I’m sorry.”

THIS SNOWY BUILDING IS LITERALLY THE ONE BEHIND ME IM pic.twitter.com/s9rqkRn7u6

Others have likened to Chalamet’s Wonka to Gonzo from the Muppets — and I must admit, the resemblance is uncanny. But that doesn’t mean Timmy isn’t a twink; in fact, it might mean Gonzo’s just a twink himself.

We have to take Doherty’s word about Twonka for now, because the movie isn’t hitting theaters until 2023. But this is a world of pure imagination I’m happy to live in.