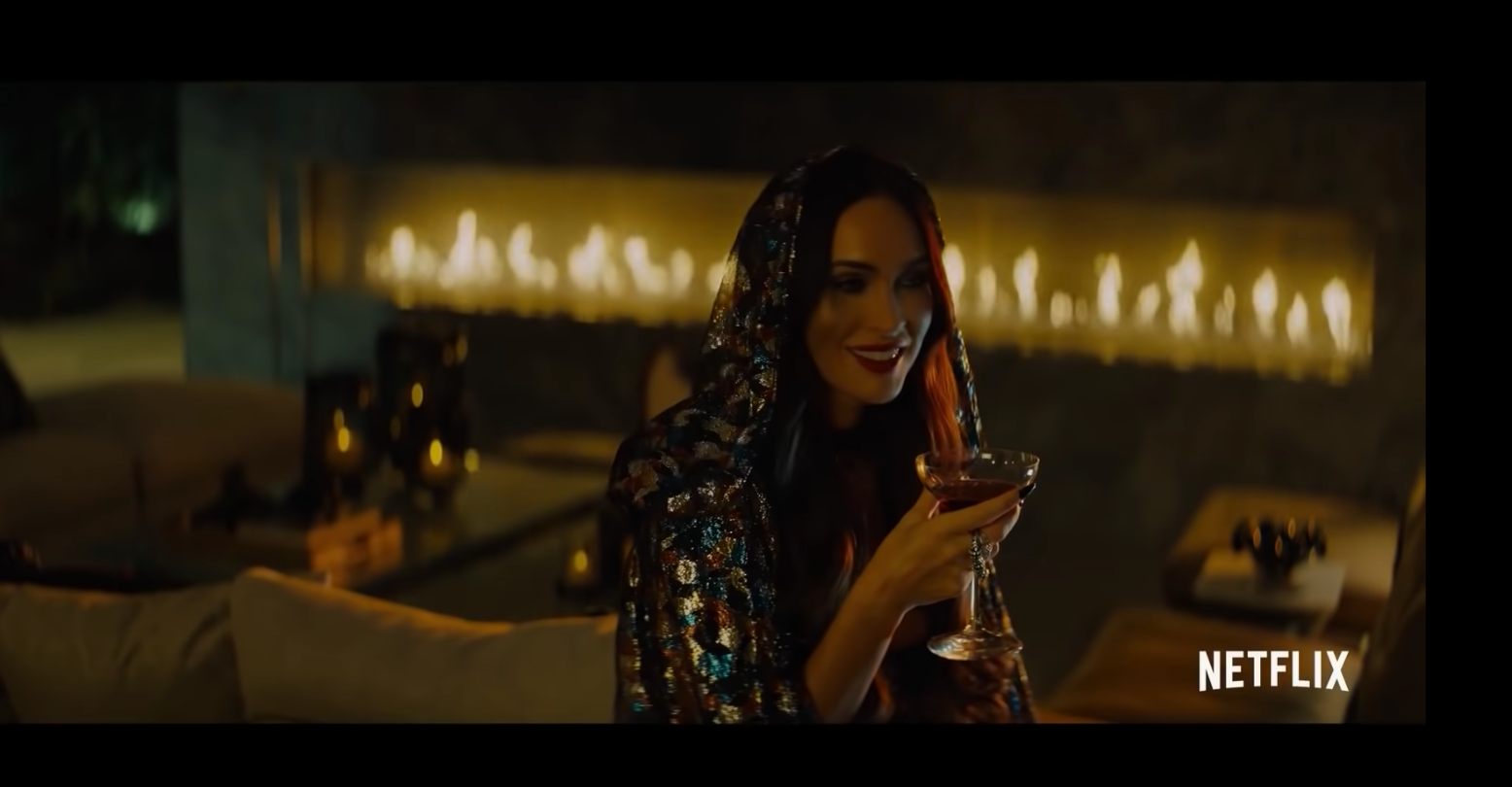 City lights and neon club signs provide all the lighting for Netflix’s latest billion-dollar original project and with not even a single shot of daylight showcased, the trailer sets a promisingly eerie scene for its star-studded cast of confirmed bloodsuckers.

Opening on a cab occupied by unlucky driver Benny (Jorge Lendeborg Jr.) and a duo of deviously mysterious passengers (Debby Ryan as Blaire and Lucy Fry as Zoe), the trailer for Night Teeth gets right to the point. The point being: LA is secretly run by a society of ancient vampires who love to party and have control issues. And when Benny finds out he’s chauffeuring a pair of the vampiric society’s finest, his next job is to make it out of the night alive.

Caught between rival vampire tribes fighting for control of LA, Benny the walking vampire value meal must team up with known bloodsuckers Blaire and Zoe for protection. With only so many hours in a night, Benny has until sunrise to save his city from the dangerous forces that lurk underneath.

Although the trailer primarily focuses on the trio of unlikely friends, short and intense shots of the movie’s most climactic clips reveal what we’ve all been waiting for: Night Teeth’s most anticipated stars Megan Fox and Sydney Sweeney as creatures of the night. Unconfirmed by the trailer to be friends or foes of Benny, both Fox and Sweeney merely flash on screen but their outfits will live rent-free in our heads for days.

Right before Sweeney and Fox appear the trailer has Debby Ryan as Blaire propose a question to Benny: “Who do you think runs this city?” She answers herself, saying, “We are richer and more powerful than you could ever imagine.” Over the narration, images of Sweeney and Fox in decadently gothic clothing prove Blaire’s point.

Sparing not a single penny of Netflix’s billion-dollar budget, Sweeney is decked out with an iron-link shoulder cuff that attaches to the bulky leather choker fitted around her neck. Other than chain link and a smoky eyeshadow that makes her doe-eyes pop, Sweeney’s not wearing much else; the small black mini-dress she’s in dolls the bloodsucking vampire up to lure in prey like a Venus Flytrap.

Equally as enchanting and just as brief, Fox’s vampire transformation reveal follows right after Sweeney’s. The Jennifer’s Body actress has always looked good in moody chiaroscuro lighting and with an ornate fireplace burning wildly behind her, the trailer’s quick introduction most definitely attempts to stage her in a Jennifer Check-esque position as the unhinged and demonic seductress. In terms of Fox’s unforgettable outfit, the actress dons an ornately decorated cloak with the hood pulled up over her head. The outfit is completed by the small martini glass of blood resting in Fox’s hand and a premier peek at her pearly white fa

Little else is known about Night Teeth’s most gossiped-about cast members, but considering their appearances as picturesque images of dark and ancient temptations, it seems the vampiric characters of Syndey Sweeney and Megan Fox will have much to say about whether or not Benny the college kid makes it out of the night shift alive.