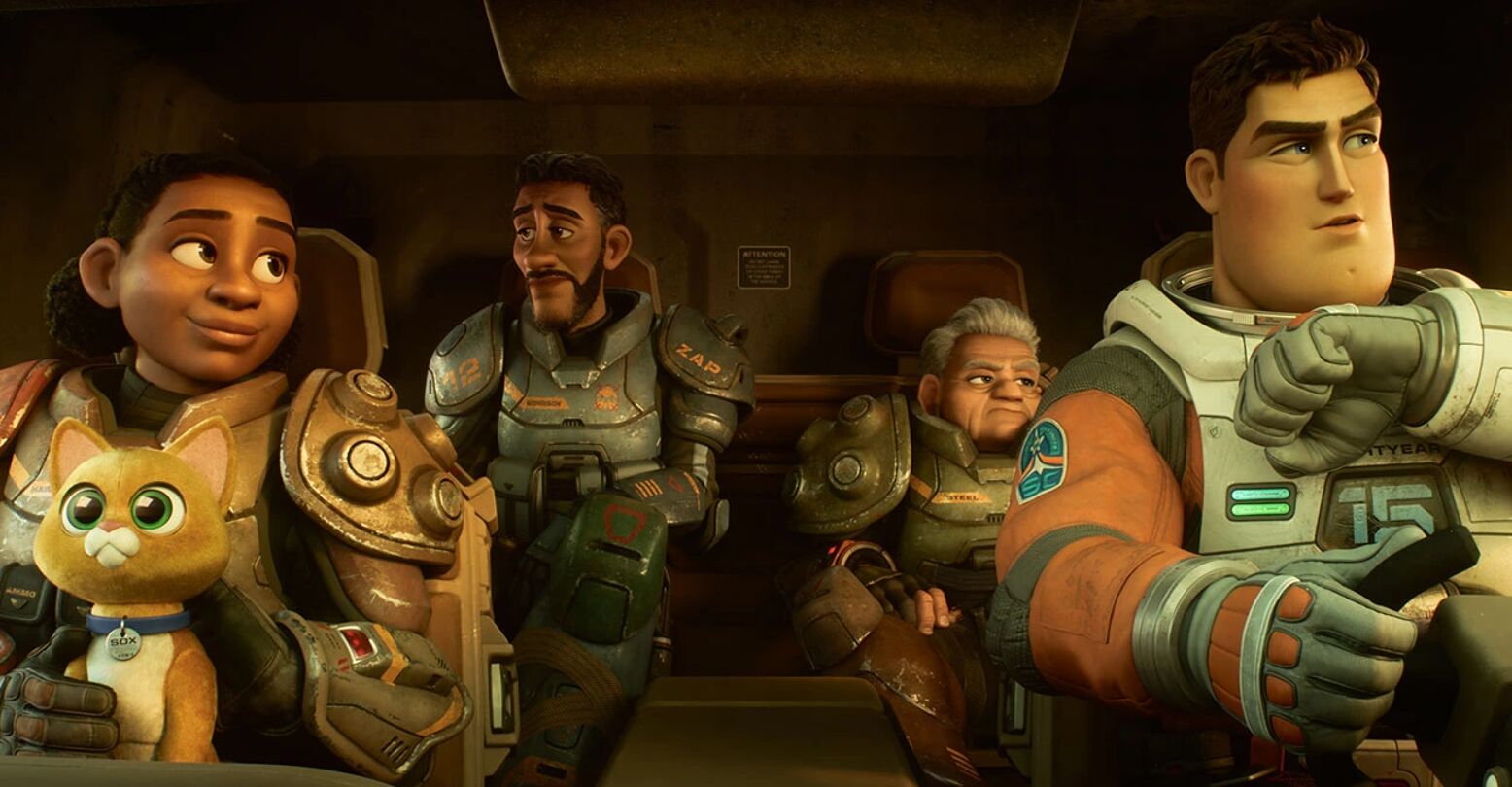 Pixar’s newest movie Lightyear finally delivers what the studio’s queer fans have been asking for: an onscreen kiss between a gay couple. The moment is brief — the kiss between two women lasts for less than a second. Just a quick peck. And yet, this little kiss is stirring up all kinds of controversy.

A movie theater in Kingfisher, Oklahoma, a small town outside of Oklahoma City, posted a sign warning parents about the kiss.

“WARNING,” the sign read in big, bold letters. “Attention Parents: The management of this theatre discovered after booking Lightyear that there is a same-sex kissing scene within the first 30 minutes of the Pixar movie.”

“We will do all we can to fast-forward through that scene, but it might be exact,” the sign continued. “We apologize for any inconvenience this late discovery of the scene causes.”

The sign has reportedly been taken down, but not before it was posted to Twitter with the caption, “Oklahoma as Oklanohomo.”

‘Same-sex couples are too advanced for our children to understand’ they cry as their children continue to watch a movie about advanced space travel with alien races,” the poster continued.

This prompted folks to post the clip that sparked so much outrage. See for yourself: the outrageous and illicit kiss that started it all is tamer than plenty of other kisses in Disney’s history. Of course, those kisses were between hetero couples, so nobody really cared.

what they are freaking out about btw
literally less than 1 second pic.twitter.com/09kDMJdC2s

Imagine the absolute weakness of character it would take to feel psychic damage when seeing this peck of a kiss https://t.co/9C2URDW5ND

Even politicians are weighing in on the movie’s “wokeness,” which, again, is just this second-long kiss. Representative Jim Jordan of Ohio tweeted, “Buzz Lightyear went woke. The movie went broke.” Isn’t that clever? He’s so clever for that!

Anyway, go see Lightyear, now in theaters! Maybe next time, Pixar will give us a whole gay romance!

I walked out after the same sex kissing scene in Lightyear. It was all I was there to see