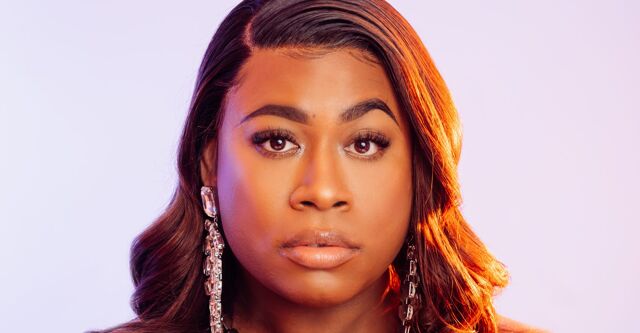 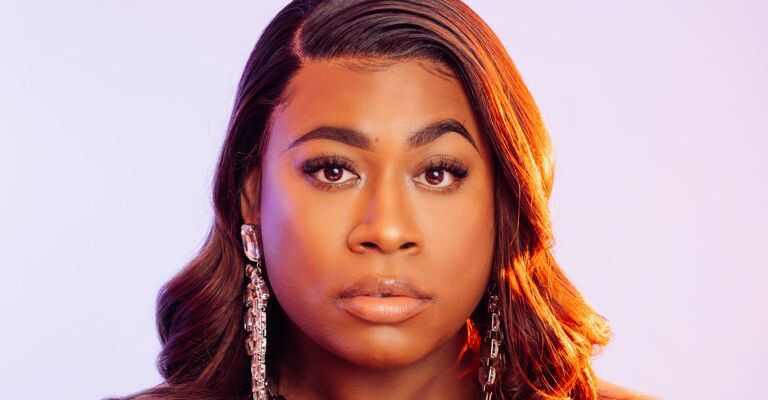 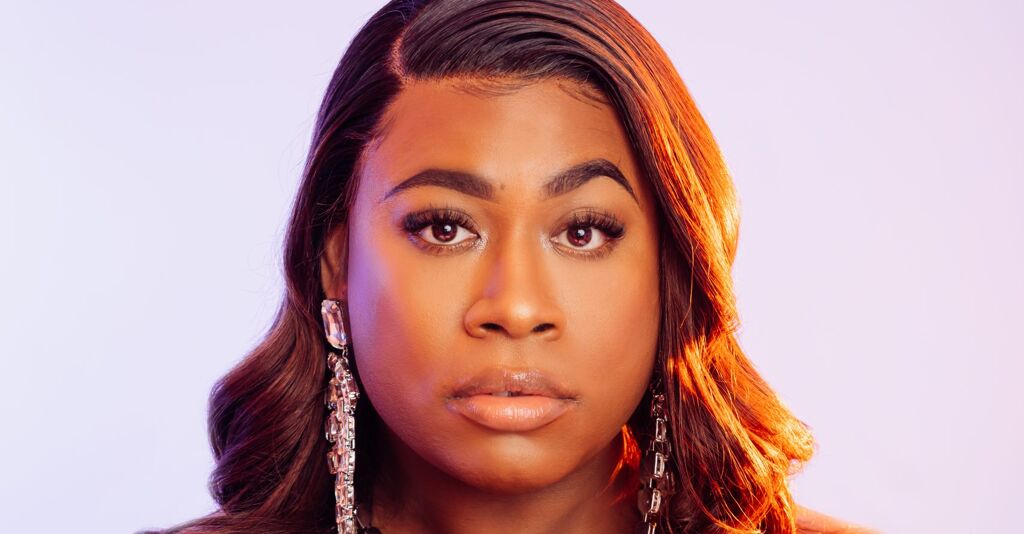 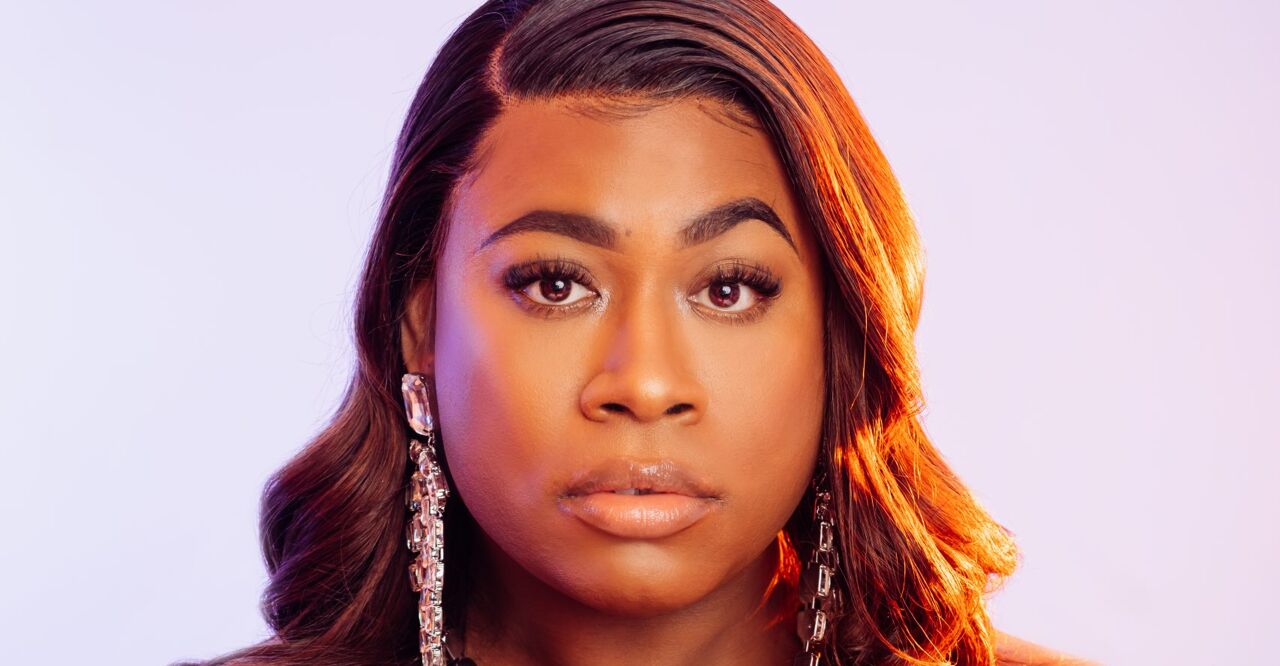 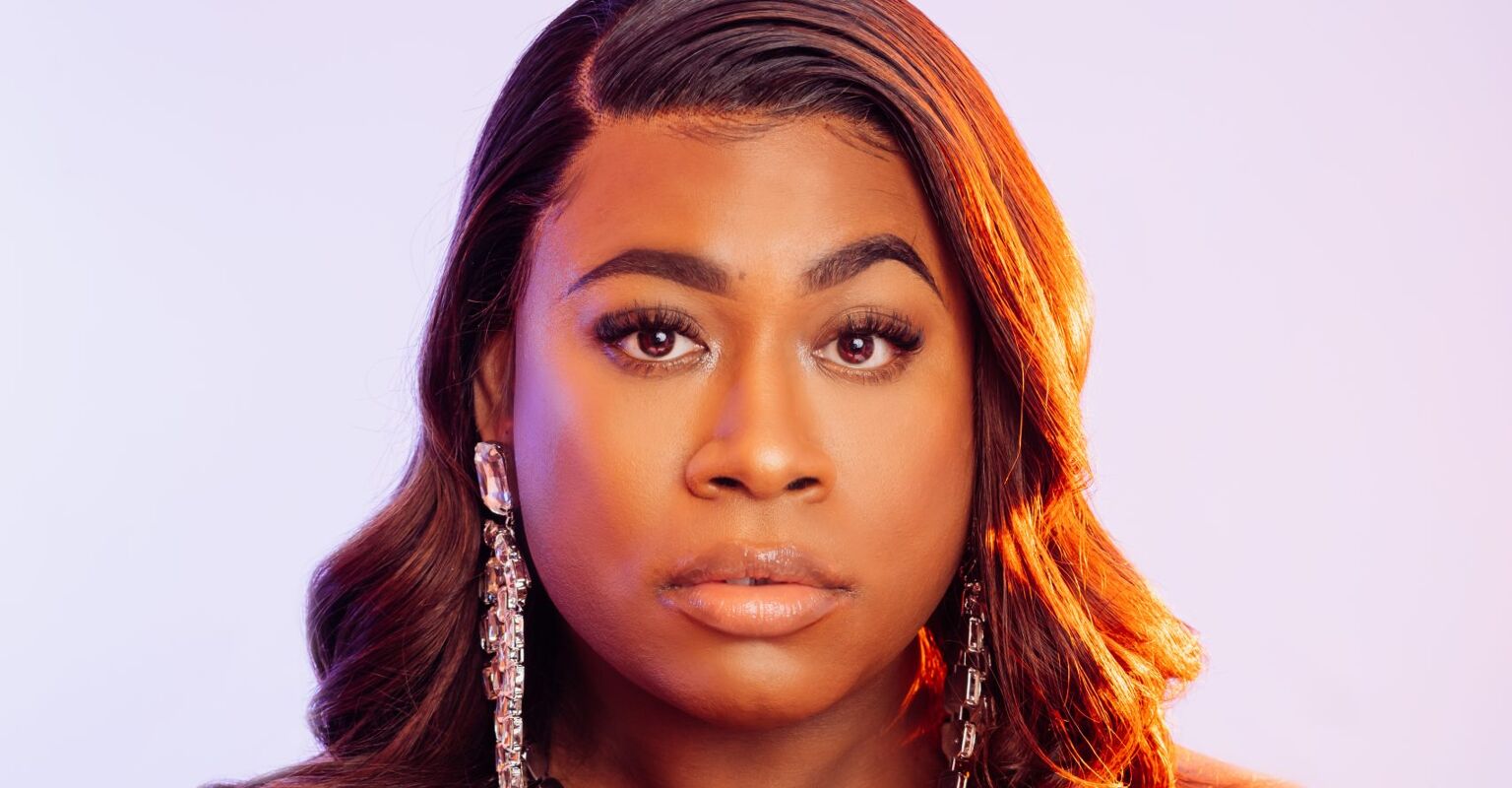 Dominique Morgan believes she was put on earth to be a storyteller.

Both through her successful R&B career and through her role as Executive Director of Black and Pink, an LGBTQ+-focused prison abolition organization, the Black, transgender, formerly incarcerated activist uses her story to advocate for the change she wants to make.

“The data, the numbers, people can dismiss them easily…It’s harder to look someone in their face and say it’s not real,” Morgan told Into.

Morgan was incarcerated for almost a decade after committing crimes of survival as a homeless teen. In prison, she experienced sexual harm by a corrections officer and also spent 18 months in solitary confinement.

in 2018, she became executive director of the Omaha-based Black and Pink. The organization, founded in 2005 by Jason Lydon, began as a pen pal program between incarcerated LGBTQ people and those who were not incarcerated, but it has since grown into an entire ecosystem of support and advocacy.

Prisons won’t end police violence. What will? The eradication of the criminal punishment system in all its forms. Read Dominique’s full statement here: https://t.co/nhro8rVlrI pic.twitter.com/5oHWpgnkfo

Recently, Black and Pink launched Lydon House, which offers housing and wrap-around support services like food, healthcare, and employment assistance to those impacted by incarceration.

The ability to provide this full-spectrum support was one of Morgan’s main goals when she took the helm of Black and Pink.

“Our inside folks [need to] know we’re showing up for them inside, but what are the very established, clear ways we show up for them when they’re released,” she said.

In the community, you do have some autonomy. Inside of these institutions, you don’t.

Of course, the broader mission of the organization is to abolish the prison system altogether, but throughout that effort, the team must also focus on the harsh conditions faced by incarcerated LGBTQ people every day.

In addition to transphobia and homophobia, she explained, incarcerated LGBTQ people have no power over their own bodies. They don’t get to choose who their doctor is or where they live.

The Prison Rape Elimination Act (PREA) was passed in 2003 to protect inmates from sexual harm, but Morgan said many prisons use it as a way to incorrectly navigate the placement of transgender and nonbinary inmates.

“Under PREA, I was in solitary confinement for 18 months, 6 of those months living on death row in Nebraska,” Morgan said. “And we’re seeing those same stories twenty years later from our inside members.”

Nah @TheEllenShow I can gladly share with you the experience of being Queer inside of a prison. Or the 22K @BLACKandPINKorg inside members can share how this is insensitive and minimizing the horrors we* survived.

Morgan said many of the 20,000 incarcerated people on Black and Pink’s pen pal list say they are not housed where they need to be.

“This terrible policy that just passed in Arkansas robbing the autonomy of queer and trans youth, we deal with that every day inside of prisons with trans and gender-nonconforming people to get them access to lifesaving HRT and basic therapy.”

“I can’t imagine being in a position where something I know makes me want to live and brings me in a space where I want to experience community and thrive could be taken from me because I’m incarcerated.”

Morgan wasn’t always a prison abolitionist. As a victim of sexual harm, she said she grappled with the concept for a long time.

“Being dedicated to abolition means you’re going to struggle. I wake up every day having to reaffirm myself to the values I’ve established when I see my uncle who sexually harmed me at the age of five…At the end of the day, it’s about us saying we’re trying to get there, and there is a space where we lean on each other more than leaning on systems.”

Being dedicated to abolition means you’re going to struggle

Joining Black and Pink, she said, helped her understand the need for total abolition.

“I was meeting folks who had caused sexual harm, and I was looking at these very brilliant and incredible people in front of me, and the work they had done to better themselves and put back into the community, and I couldn’t process the fact that the world had decided there was nothing good about them.”

She believes people are challenged by the concept of abolition because it’s still highly theoretical. For many, imagining a world without prisons and jails feels impossible.

To help people grasp the idea, Morgan discusses abolition with a 360-degree approach and explains it as the need to abolish all systems that prevent people from “having access to their best self.”

Thus, she said, abolition could mean abolishing prisons, but it could also refer to something like making sure people society has deemed “overweight” can walk into a store and find clothing that fits. Any oppressive system, she emphasized, should be abolished.

Any oppressive system should be abolished.

Right now, she is focused on the upcoming launch of Black and Pink’s Opportunity Campus, a housing and community space for LGBTQ youth who are “system-impacted,” which the organization defines on its Facebook page as anyone impacted by “such violent carceral systems such as incarceration, detention, foster care, and family surveillance.”

“At a time when these laws are actively being created to oppress queer and trans youth,” Morgan said, “We’re trying to build and create a space that not only shelters them from it but gives them space to thrive and grow.”

Amidst all of this, Morgan has her music, too. She began writing songs at seven years old and returned to songwriting while incarcerated as a way to cope with the trauma. She has been a celebrated artist in Nebraska for many years. Her most recent album, Pisces in E Flat Major, was released in December 2020.

“Engaging in art…and being able to have a space where I get to just feel free really benefits me as an executive director,” she said. “Because this job is not for the faint of heart.”