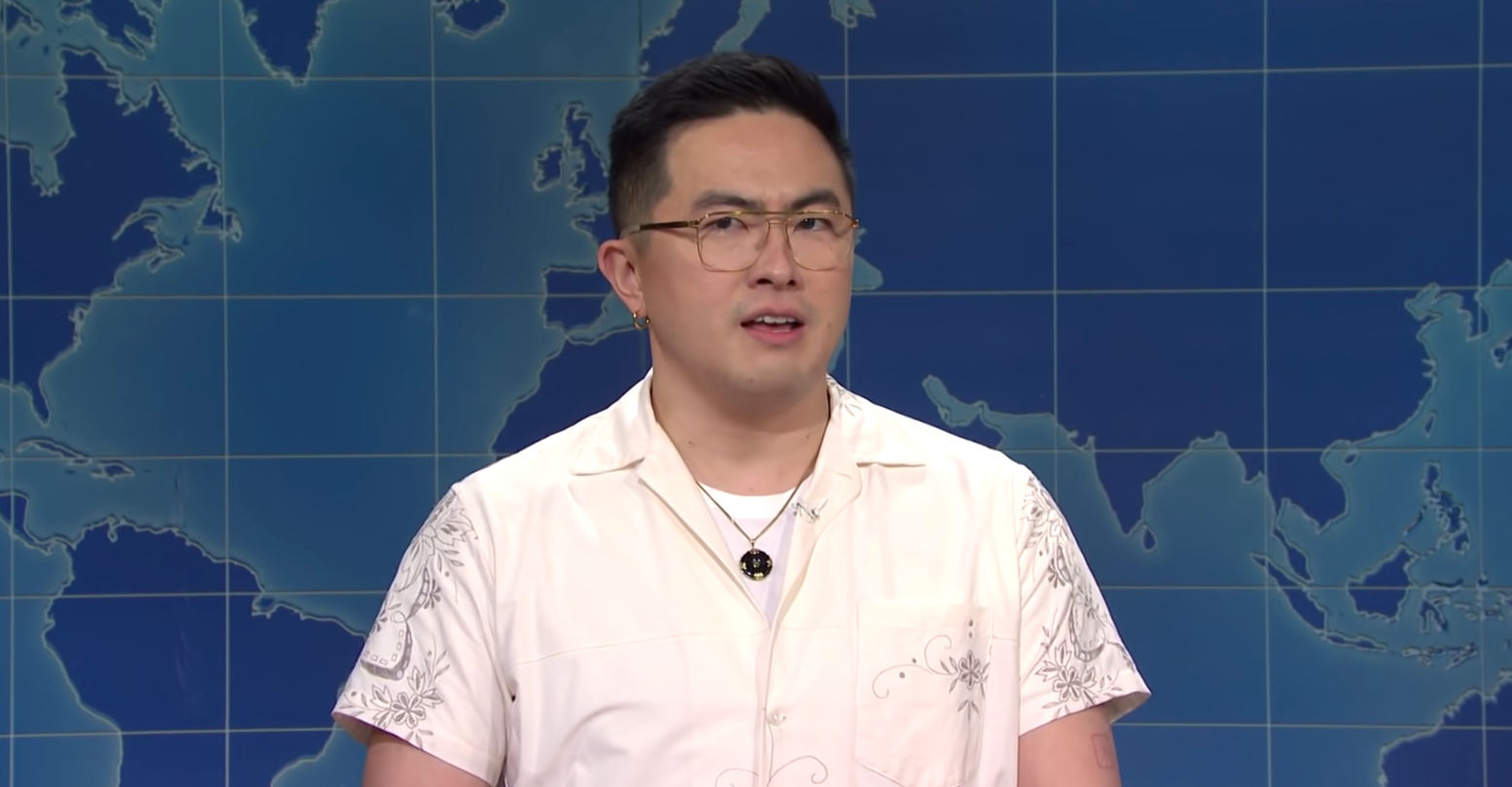 Watching SNL’s Bowen Yang transfix a live audience every Saturday night, it’s hard to believe the comedian isn’t invincible; but like the rest of us, Yang is only human. Granted, the gay writer and on-air performer is a lot funnier than the average human; even still, he’s not immune to the pressures of performing – particularly as a queer and Asian-American role model on television’s longest-running sketch comedy show.

Being only the third openly gay man cast for SNL, the writer and on-air performer is a central figure in the way SNL has reframed the show’s delivery of queer-inclusive comedy. It’s no secret that SNL often made jokes at the expense of queer and trans folks in it’s earlier seasons and all is far from forgiven; but when Yang plays a queer character on stage these days, his performance brings to light the difference between being laughed with versus laughed at.

Given Yang’s position as an out cast member on a show with some notorious history, his starring role on stage doesn’t come without the responsibility and subsequent pressure of being a voice for accurate representation. In a recent interview with Revry’s Culture Q, host Andy Lalwani asked Yang to speak on any of those “big pressure moments” or skits where the comedian might’ve felt there was a need to, “do it justice.”

Rising to the occasion, Yang pointed to last season’s Pride Month Sketch from the series finale as a moment in which there was most definitely a need to just be honest. Concerned with capturing what he referred to as a modern “cynicism” of Pride, the comedian laid out his course of action in approaching the topic:  “The Pride Month sketch we wrote for the finale last season was one where we were like, ‘Let’s just make sure we’re being honest about how people feel about Pride,’“

When discussing the fine line between the indulgence of Pride and the disappointment of its corporate takeover, Yang stuck the landing, “Of course we’re not going to be able to nail down every single person’s experience around Pride, there’s going to be something that’s missing, but that was one thing where we didn’t feel pressure, we just wanted to make sure we weren’t being dishonest about what that experience is.”

Yang also expressed his commitment to searching for truth during his SNL coverage of a rise in anti-Asian hate and violent crime. In response to the tragic spa shooting in Atlanta last march, Yang went on the Weekend Update as himself. Addressing the vulnerable moment, he explained that he forwent a character in the name of being as honest as possible, “Me going out as myself [means] I have less things to take cover behind comedically.”

Watch the full Culture Q interview when it goes live on Revry at 5 this Thursday, October 28th.