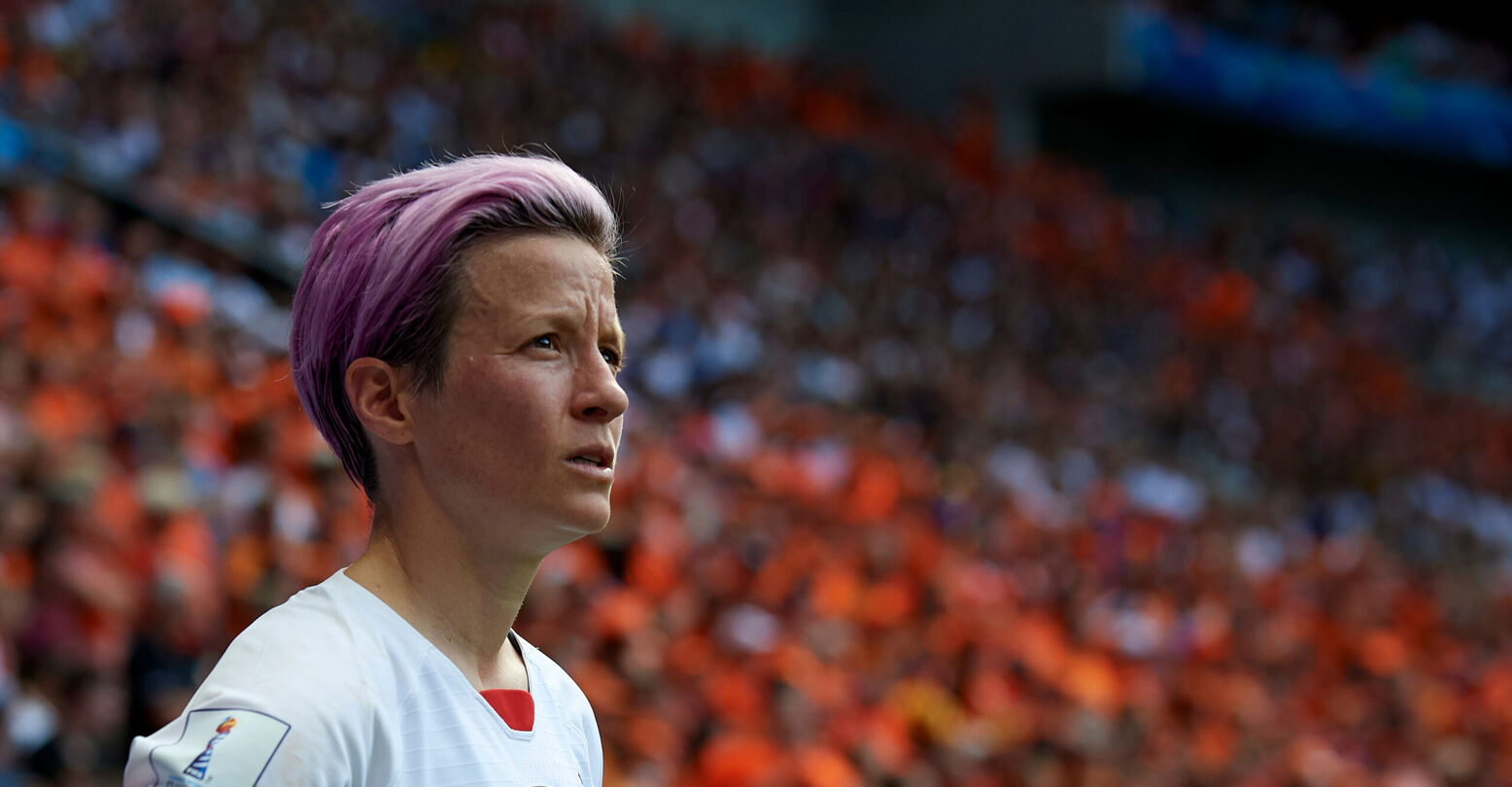 Just in case you weren’t head over heels in love with out-lesbian and soccer pro Megan Rapinoe, today’s news will certainly push you over the edge into pure infatuation.

In the wake of Title IX’s 50th birthday, Rapinoe sat down with TIME magazine to do some serious ally sh*t. In the interview, she discussed her open, enthusiastic support of trans inclusion in sports and struck down the transphobic notion that trans kids need to be “protected” from transitioning too early.

“I’m 100% supportive of trans inclusion,” Rapinoe told interviewer Sean Gregory. “People do not know very much about it. We’re missing almost everything. Frankly, I think what a lot of people know is versions of the right’s talking points because they’re very loud.”

We couldn’t agree more. It is monstrous, and the fact that a world-class athlete is putting her allyship on display for trans girls in states where inclusion in school sports isn’t an option means a lot.

Megan Rapinoe comes out forcefully for trans inclusion in sports and health care.

“We’re putting everything through God forbid a trans person be successful in sports. Get a grip on reality and take a step back.”

She’s a national treasure. This is how you ally. pic.twitter.com/lFF2hZHDOh

This, from Megan Rapinoe, reads as a very decent summation of the correct answer to any “trans person in sports” debate, and also, a pristine example of what personal politics look like when you operate with the value of compassion first. pic.twitter.com/7YjYc5MRdg

Basically, she shut down the absurd notion of trans rights being a “debate.” It can’t be a debate when lives are at stake.

“I would also encourage everyone out there who is afraid someone’s going to have an unfair advantage over their kid to really take a step back and think what are we actually talking about here,” Rapinoe said, explaining the true toll that anti-trans sports bills take on trans girls. “We’re talking about people’s lives. I’m sorry, your kid’s high school volleyball team just isn’t that important. It’s not more important than any one kid’s life.”

One of my dream assignments would be writing a profile of Megan Rapinoe https://t.co/hAbo2qCiFV

Needless to say, we’re all obsessed, and if we didn’t stan before, we sure as hell do now.