Hundreds gathered in Istanbul on Saturday in defiance of the government’s ban on LGBTQ Pride for the fourth year in a row.

Gathering near the parade’s originally planned location at Istiklal Avenue and Taksim Square, an estimated 1,000 people waved rainbow flags and blasted Lady Gaga in support of Turkey’s LGBTQ community. Calling the ban on Pride “comical,” LGBTQ activists read a statement claiming that they would refuse to “recognize this ban.”

“This march is organized in order to fight against the violence and discrimination fueled by that governorship decision,” organizers said on Facebook prior to this weekend’s event, noting that Pride “went on peacefully” for over a decade.

Yuri Guaiana, a campaigner with the LGBTQ group All Out, added that the community’s “unending strength and defiance” was on display during this weekend’s event. 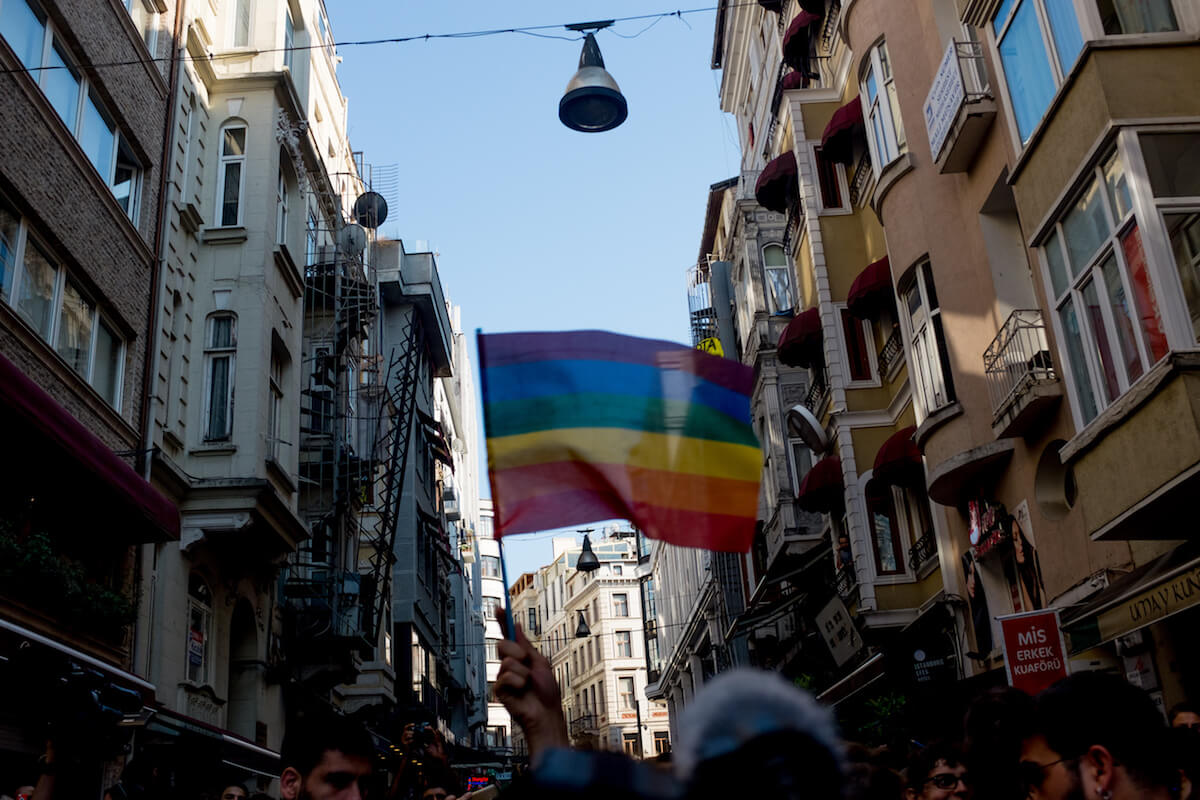 Although police dressed in riot gear fired tear gas and rubber bullets into the crowd, marchers shouted, “Don’t be silent, shout out, homosexuals exist.” Eleven people were reportedly arrested during the standoff between authorities and the LGBTQ community members.

The crowd eventually disbanded after a nearly hour-long altercation with authorities.

At one time the largest and most high-profile LGBTQ Pride event in the Muslim world, the parade was banned by Istanbul’s government for the first time in 2015—a year after former Prime Minister Recep Tayyip Erdoğan ascended to the presidency. Although homosexuality has been legal in Turkey since 1923, city officials claimed the march could not be held during the holy month of Ramadan.

Istanbul has continued to ban the parade every year since then. According to the advocacy group Human Rights Watch, the city cited “security concerns and the need to uphold public order” as reasons for its denial. This year Governor Vasip Şahin claimed in a statement that he “did not find [the celebrations] appropriate.”

The government’s opposition to LGBTQ Pride has had a major impact on turnout to the event, which was first held in 2013. After an estimated 100,000 people turned out for the 2014 march, only a few hundred attended just a year later. 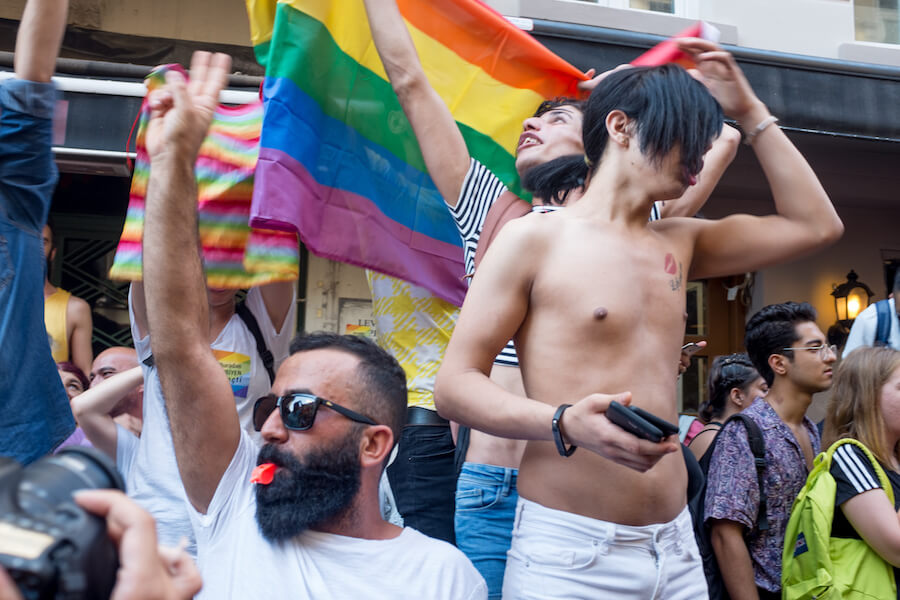 “And make no mistake, this is harming all of society, not just the LGBTQ communities and their allies,” claimed ILGA Program Director Björn van Roozendaal. “Attacks on activism and dissenting voices, a constant refusal from authorities to engage with their citizens, and persistent disregard for fundamental rights—this is something that should provoke a reaction from all communities, not only the LGBTQ movement.”

Amnesty International added that “people around the world are standing in solidarity with Turkey’s LGBTQ activists.”

“In the current climate of fear, where authorities are clamping down on civil society, freedom of expression and diversity, it is all the more important for LGBTQ individuals to be visible and freely celebrate pride,” claimed Fotis Filippou, Amnesty International’s campaigns director for Europe, in a statement. 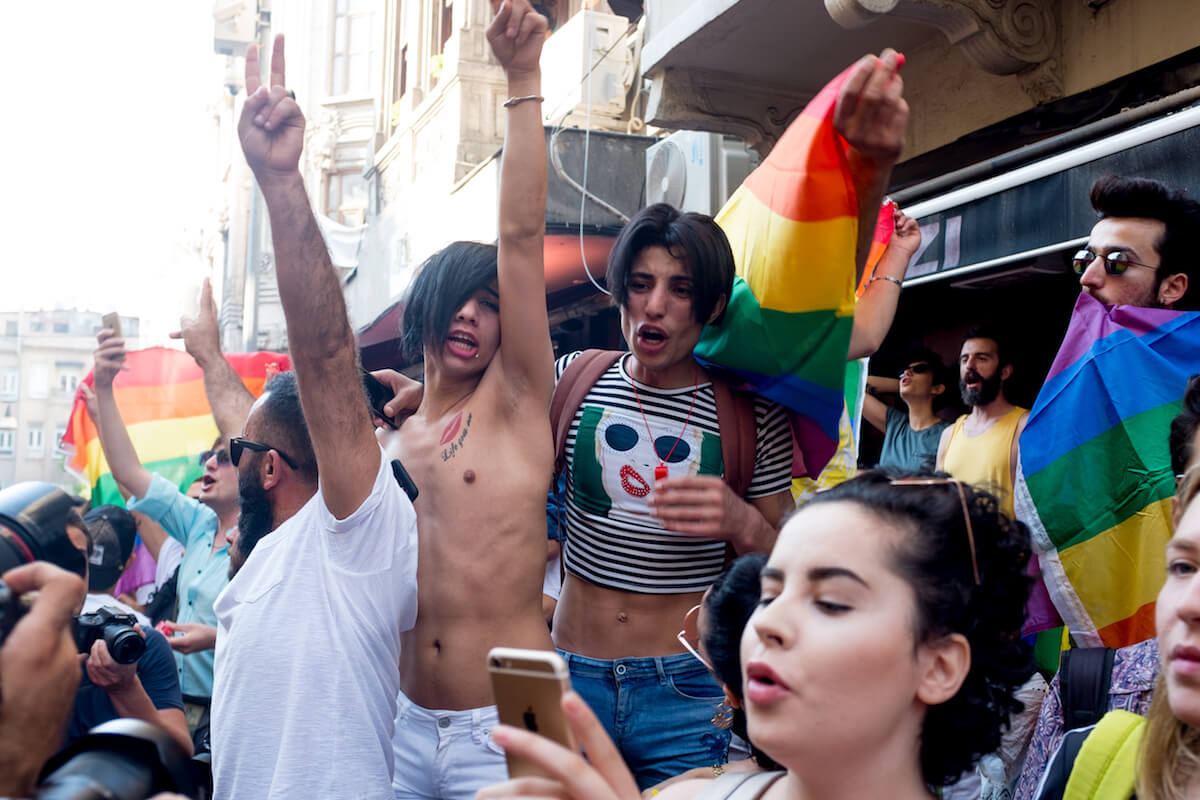 LGBTQ groups have called on Turkey to uphold a set of standards passed by the Council of Europe urging countries to oppose discrimination on the basis of sexual orientation and gender identity.

But Erdogan’s government is known for its increasingly repressive relationship toward sexual and gender minorities, as well as political dissidents. In addition to the crackdown on LGBTQ parades, the city of Ankara blocked a screening of the 2014 film Pride last week. Istanbul’s Trans Pride event was banned last year.

In a statement released prior to Saturday’s event, LGBTQ advocates vowed to continue fighting the ban on Pride.

“Authorities can ban peaceful gatherings, they can silence dissent, they can use hard, raw power to bully and coerce others,” said Matt Beard, Executive Director for All Out. “But they will never extinguish the hunger for freedom, respect, and dignity that are at the very heart of Pride.”

Images via All Out