An estimated 100,000 people turned out in support of marriage equality at a concert held in the Taiwanese capital on Sunday.

Nearly a dozen musicians, lawmakers, and activists spoke in favor of allowing same-sex couples to wed ahead of a Nov. 24 vote on the island. Although organizers said during the early hours of the event that turnout was estimated at around 50,000, the crowd gathered along Ketagalan Boulevard in front of Taipei’s presidential palace continued to swell as the event stretched into the late evening. 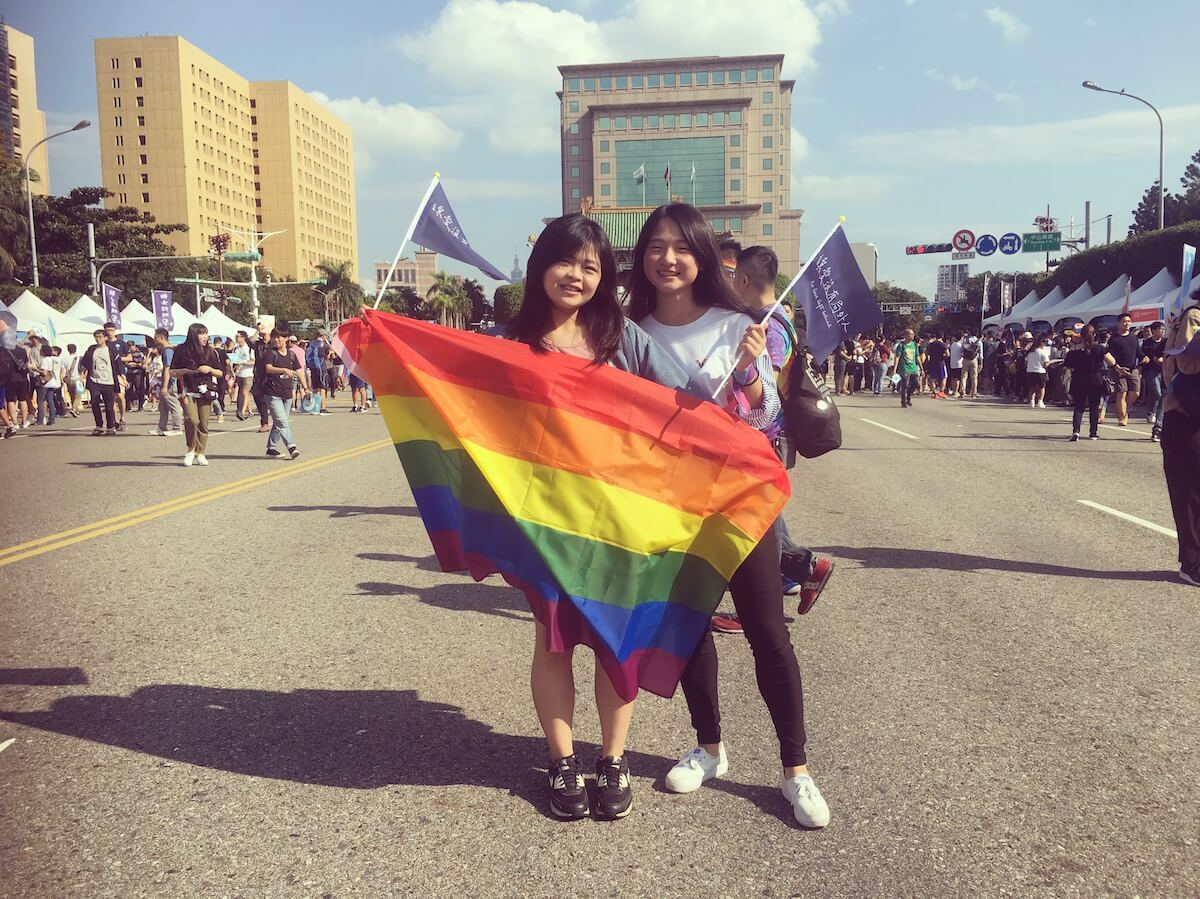 Li, an openly LGBTQ singer known for the song “My World Without Loneliness,” discussed her own struggle with her sexuality.

“Often times, late at night during my youth, I wrote in my darkest diary that nothing could be done to make me believe that one day I may be able to find my own happiness,” she told the crowd. “I want to tell all my young LGBTQ friends that when you have that same feeling again, affirm to yourself that life is long and comes in all types. Everyone must have faith.”

“And when the dark night comes again, we can overcome it together,” Li added. 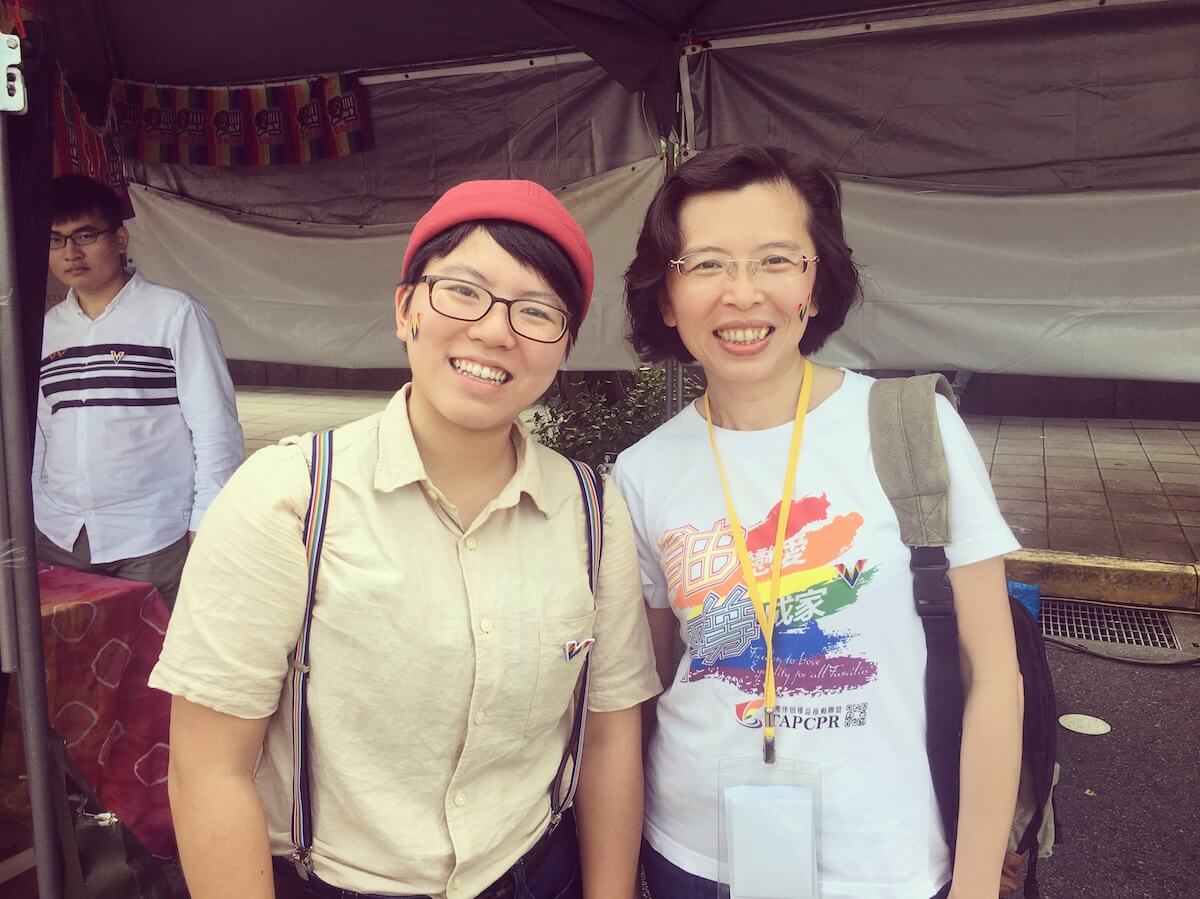 Taiwan is hoping to keep away the darkness on Saturday, when voters will head to the polls to cast their ballots in Asia’s first-ever nationwide plebiscite on same-sex marriage.

In five days’ time, the self-governing municipality will weigh in on five referendums related to LGBTQ rights: two in favor of marriage equality, two against same-sex unions, and one on whether LGBTQ-inclusive education should be taught in schools.

This weekend’s event was called “Two Goods and Three Bads.” The title was intended to educate concertgoers on how to correctly vote on a series of ballot measures they say were purposely intended to be confusing by opponents of equality. The “Three Bads” were put forward by the Coalition for the Happiness of Our Next Generation, a right-wing group backed by the U.S. -based National Organization for Marriage. 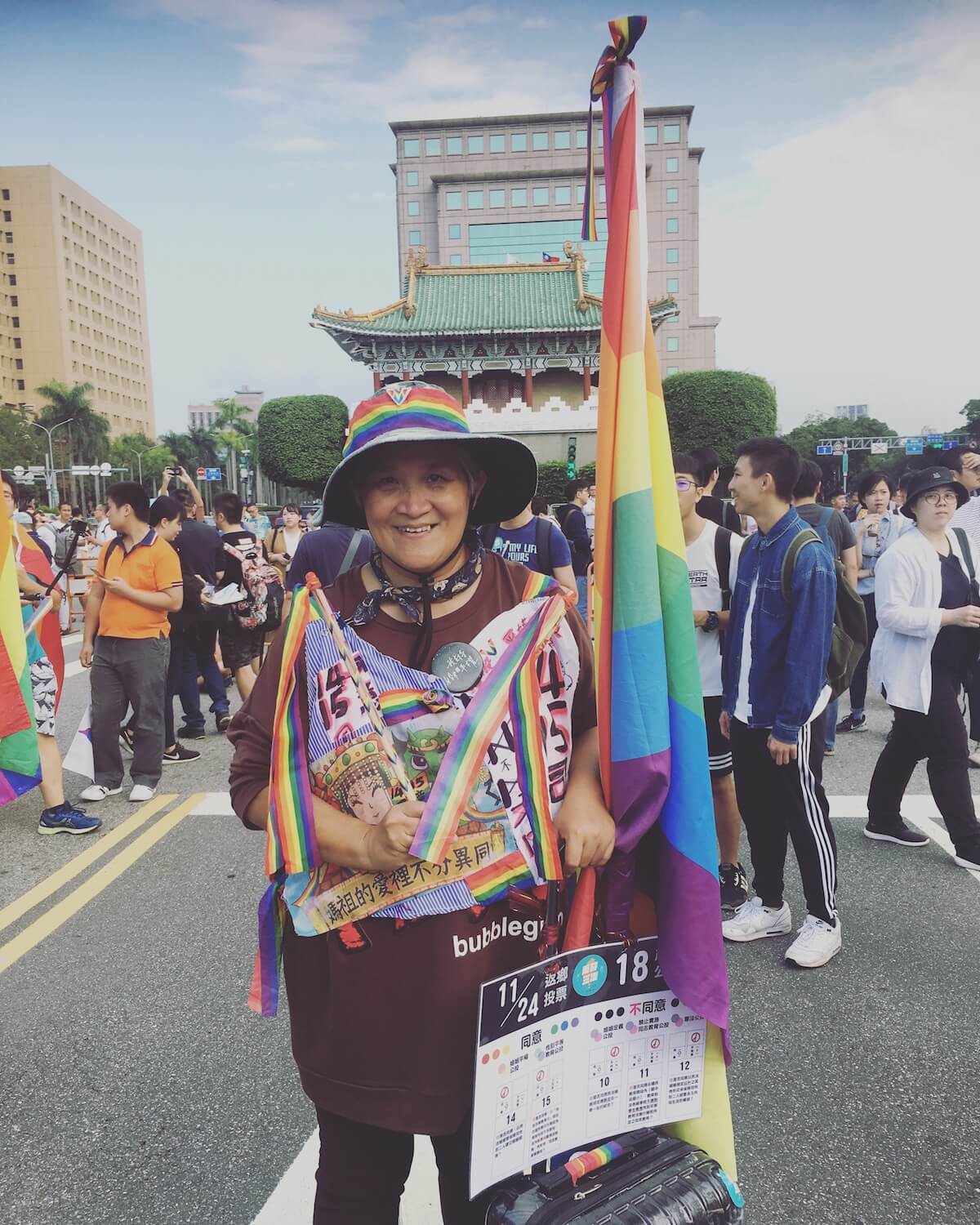 At one point during the rally, the crowd held up signs in unison pledging their support for referendums 14 and 15. When the signs were flipped around, red “X”s warned voters not to vote in favor of referendums 10, 11, and 12.

Although the island is known as one of Asia’s most socially progressive hubs, early polls aren’t clear on which way the contentious vote will go.

One survey conducted by the Taiwanese Public Opinion Foundation found that as many as three-quarters of citizens (or 77 percent) believe the Civil Code should limit marriage to one man and one woman. If passed, Referendum 10 would ban same-sex marriages outright, while referendum 12 would create a separate law in the Civil Code for LGBTQ couples similar to domestic partnerships. 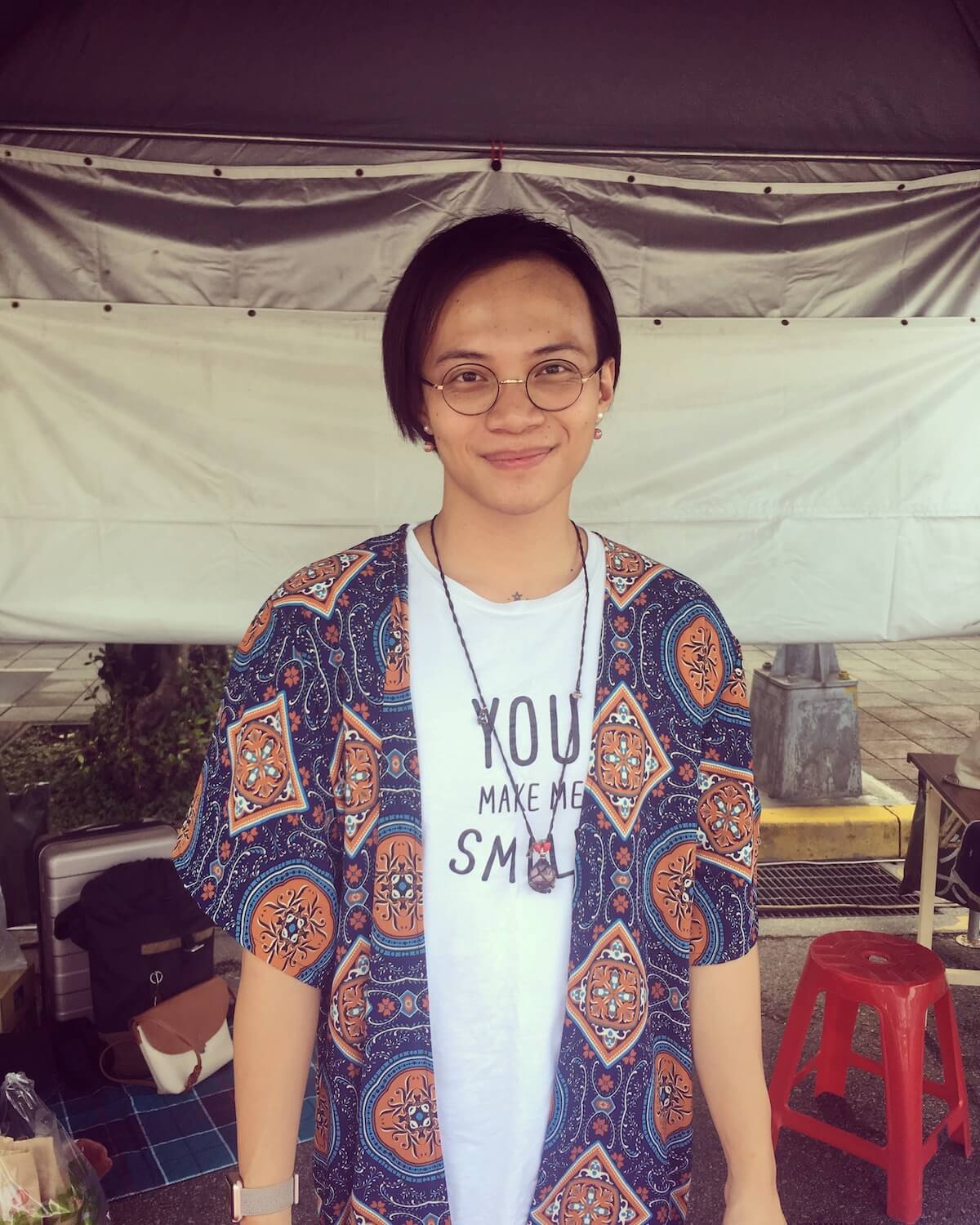 But conversely, polling from last year showed the wide majority of Taiwanese support full equality for same-sex couples. More than seven in 10 people (71 percent) said they are in favor of the freedom to marry.

“They use tactics that will that harm democracy and make LGBTQ people disappear from Taiwanese society,” Xu claimed. “Therefore, many LGBTQ people have suffered from physical and mental trauma.” 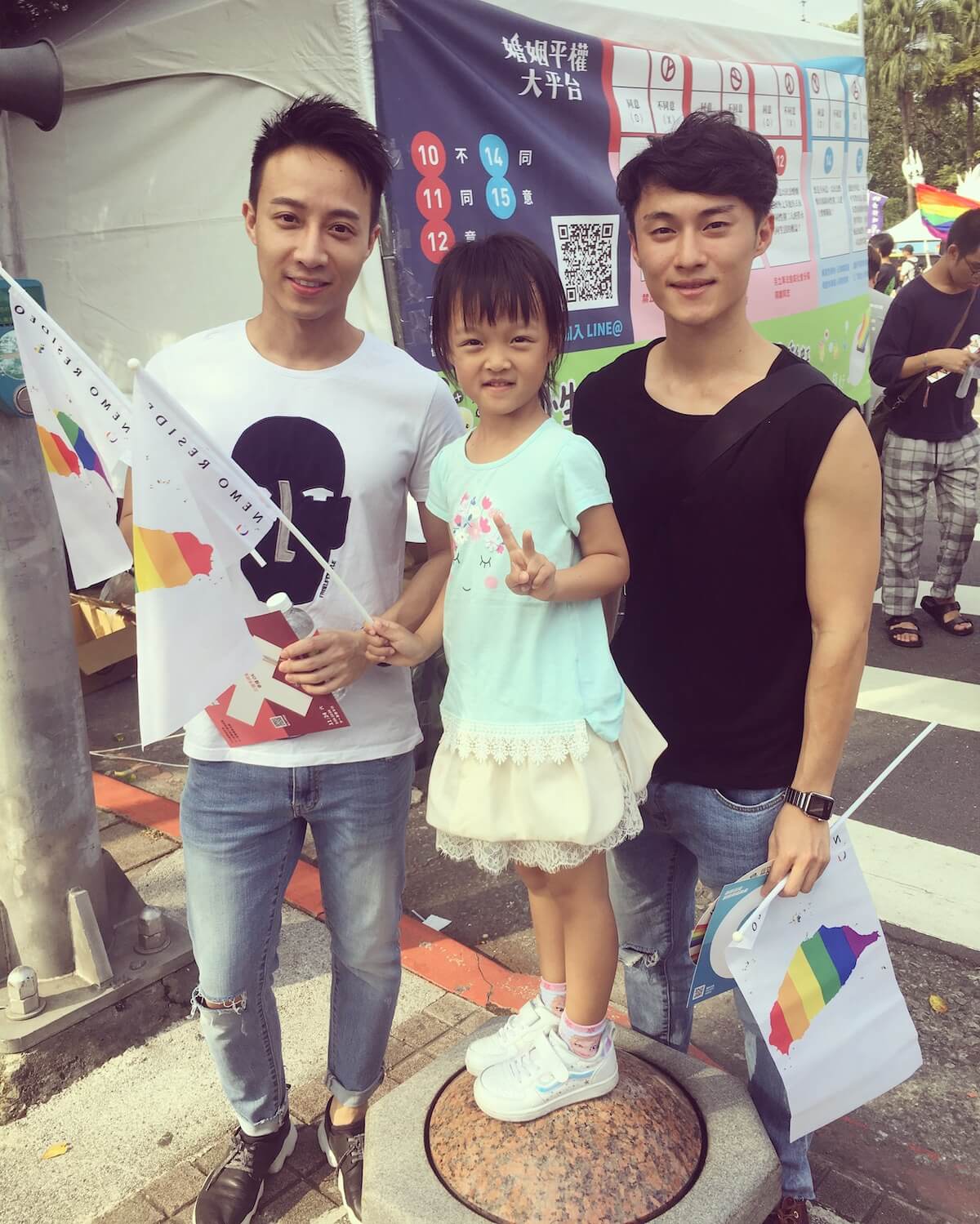 Despite the sea of rainbows blanketing bars, restaurants, and sidewalk cafes in the days leading up to the vote, the well-funded anti-LGBTQ campaign has been equally ubiquitous. They have spent an estimated $33 million on bus ads, billboards, and commercials warning, for instance, that the acceptance of LGBTQ rights will lead to very young children being taught about gay sex.

But supporters of same-sex marriage affirmed that equality is not the enemy but an “innate human right.”

“I am a business executive, and I am also a father,” said Tung Hsu-Tien, director of the board for Pegatron. “My two children and I are in favor of amending the civil law. I think this is an important asset that I can leave to my children in my lifetime and an important asset for human rights.” 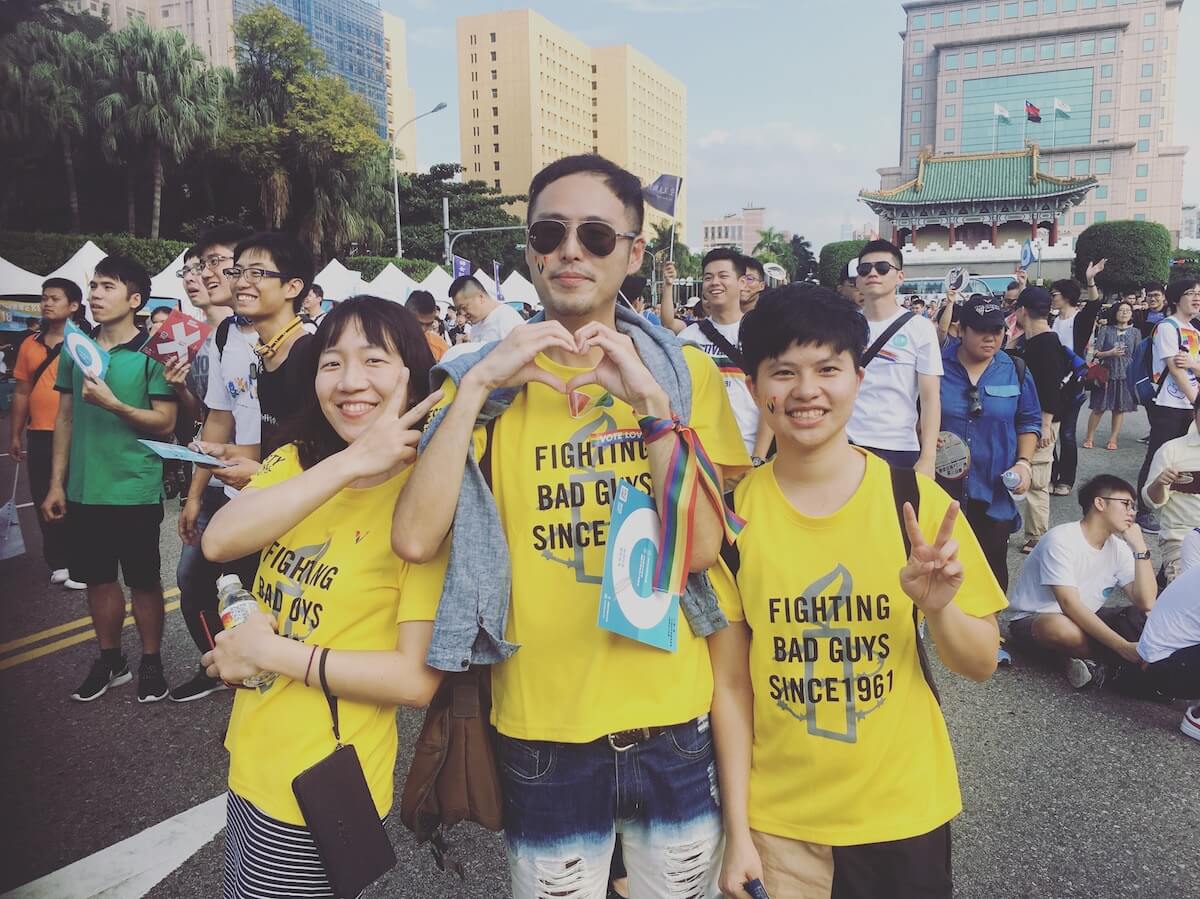 Although polling is divided in Taiwan, marriage equality has been widely supported by local businesses and multinational corporations. Pegatron, which assembles iPhones, was one of at least 27 companies that put out a statement in support of LGBTQ rights prior to the referendum vote. Others included Airbnb, Google, Hewlett-Packard, IBM Corporation, and Microsoft.

In a Nov. 15 letter coordinated by the Human Rights Campaign, these entities claimed discrimination is bad for business and, thus, bad for Taiwan.

“Research has shown that a diverse workforce is more creative, productive, and competitive,” signatories claimed. “Policies that support and promote diversity and inclusion in the workplace also help businesses in Taiwan attract and retain the top talent we need to remain competitive in the global economy.” 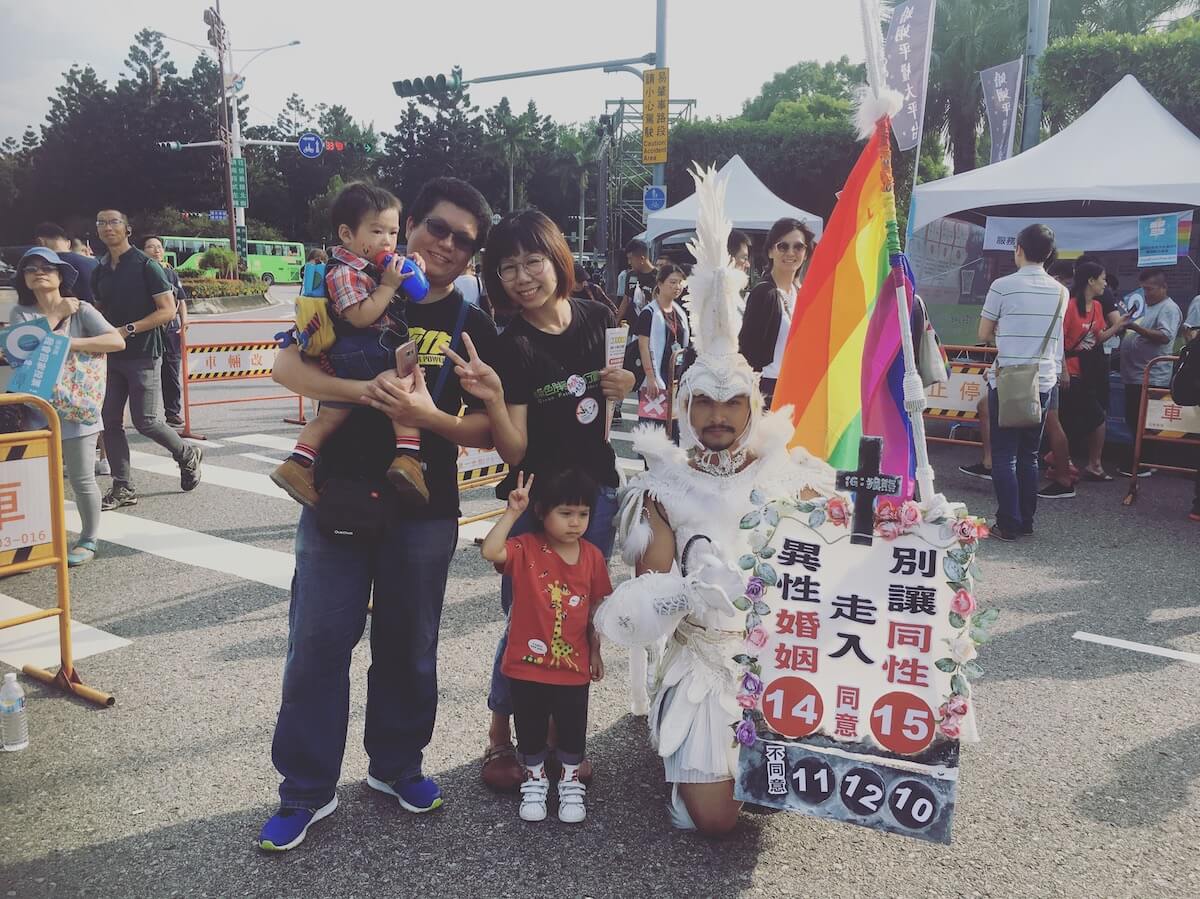 But as turnout this weekend showed, Saturday’s vote isn’t merely about the bottom line. It’s about the future of Taiwan.

According to organizers, the crowd of 100,000 was one of the largest for any gathering in the capital city’s history—eclipsing the turnout for mayoral candidate rallies held the same day. It also far exceeded the turnout at the opposition campaign’s rallies held in Southern Taiwan, which reportedly numbered between 10,000 to 20,000 people.

For reference, this year’s similarly attended Pride event in Taipei was the island’s largest ever (as well as the largest pro-equality gathering in Asia’s history). More than 140,000 people came out to celebrate the LGBTQ community in late October. 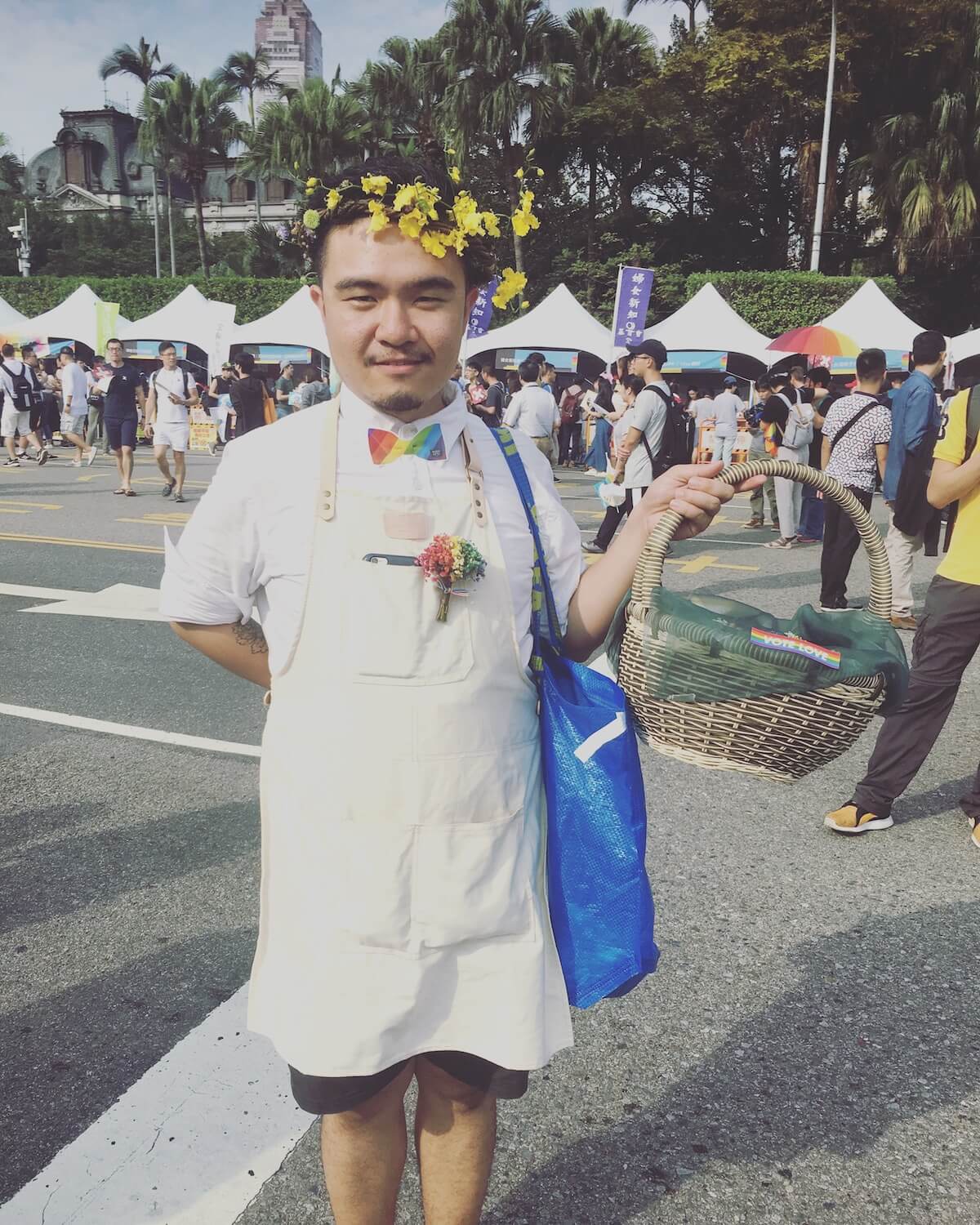