But who would he choose? For his first pick, Trump went with staunch conservative Neil Gorsuch. Only a year after Trump picked Gorsuch, he can return to his list of potentials and select someone else to serve on America’s highest court. GLAAD and INTO collaborated to bring you a list of Trump’s top potential picks — and what you can expect if they’re plucked from their current jobs to be appointed.

Amy Coney Barrett of Indiana, U.S. Court of Appeals for the Seventh Circuit 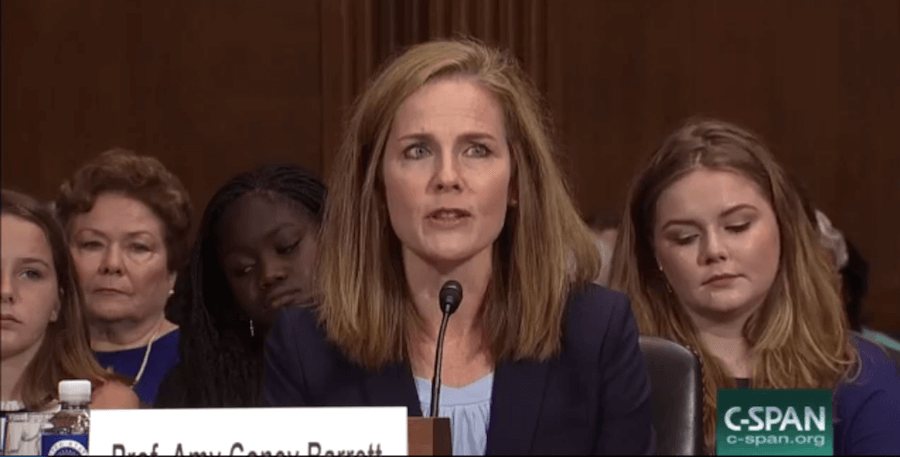 Barrett once signed onto a letter voicing her belief in “the meaning of human sexuality, the significance of sexual difference and the complementarity of men and women” and “on marriage and family founded on the indissoluble commitment of a man and a woman.” She’s also explicitly stated that she believes that the Constitution does not guarantee privacy and has argued that a Catholic judge does not have to put the law above her personal faith. She also once gave a speech to the Alliance Defending Freedom, the most anti-LGBTQ legal organization in America.

Joan Larsen of Michigan, U.S. Court of Appeals for the Sixth Circuit 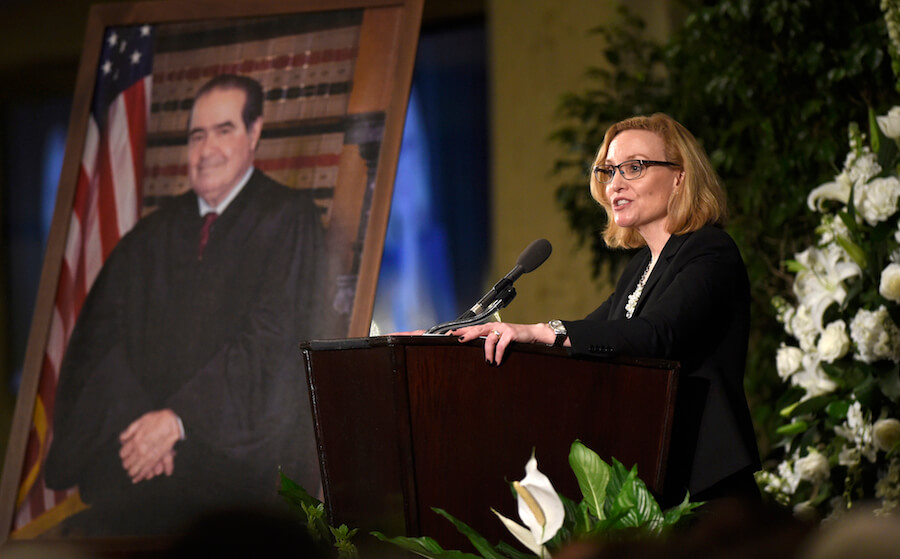 Larsen disagrees with the findings of Lawrence v. Texas, the Supreme Court decision that overturned criminal sodomy laws in the United States. In a 2004 paper, she couched her resistance to the ruling as based on the court’s citing of international law. She called the ruling “remarkable for many reasons” and seemed to question the decision.

She also questioned why the Obama administration refused to defend the Defense of Marriage Act in court. While on the Michigan Supreme Court, she refused to hear an appeal of a case involving a custody dispute between lesbian co-parents who had been legally unable to marry for the duration of their relationship. 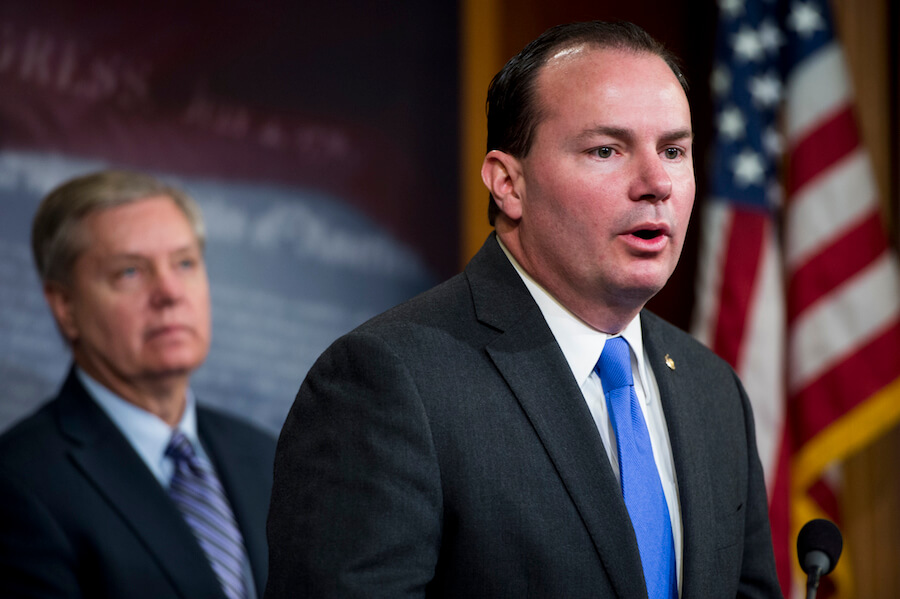 Mike Lee strongly opposes marriage equality and opposed repealing Don’t Ask Don’t Tell. He sponsored legislation allowing anti-LGBTQ people and organizations to deny goods and services to LGBTQ people without retaliation. As a senator, he reintroduced the so-called First Amendment Defense Act in the 2018 legislative session, yet another attempt to undermine marriage equality and provide a license to discriminate.

Lee has also appeared on far-right media to fearmonger on the threat marriage equality poses to churches and religious people.

William Pryor of Alabama, U.S. Court of Appeals for the Eleventh Circuit 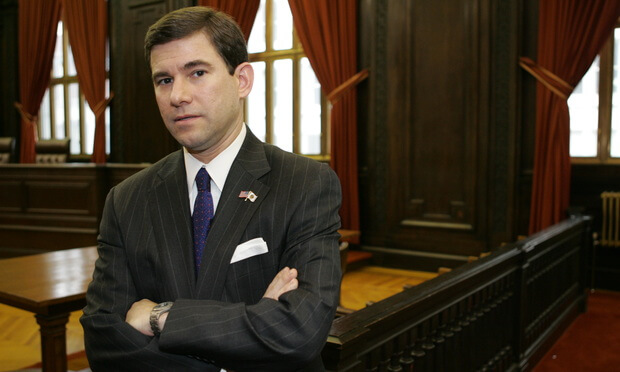 Pryor filed an amicus brief urging the US Supreme Court to uphold the criminalization of consensual gay sex. In the brief, which he filed in his capacity as Attorney General of Texas, he and fellows argued that a ruling decriminalizing gay sex “must logically extend to activities like prostitution, adultery, necrophilia, bestiality, possession of child pornography, and even incest and pedophilia.” He also reportedly decried Romer v. Evans, a holding which merely allowed LGBTQ individuals to seek protection from discrimination, as establishing “new rules for political correctness.”

Pryor cast a deciding vote against reviewing Florida’s discriminatory adoption statute and pushed for a “marriage protection act” in his 1998 legislative agenda (a full five years before any US State even had marriage equality). He also rescheduled a trip to Disney World because the original plans coincided with Gay Days at the park, calling it a “value judgement.”

Diane Sykes of Wisconsin, U.S. Court of Appeals for the Seventh Circuit 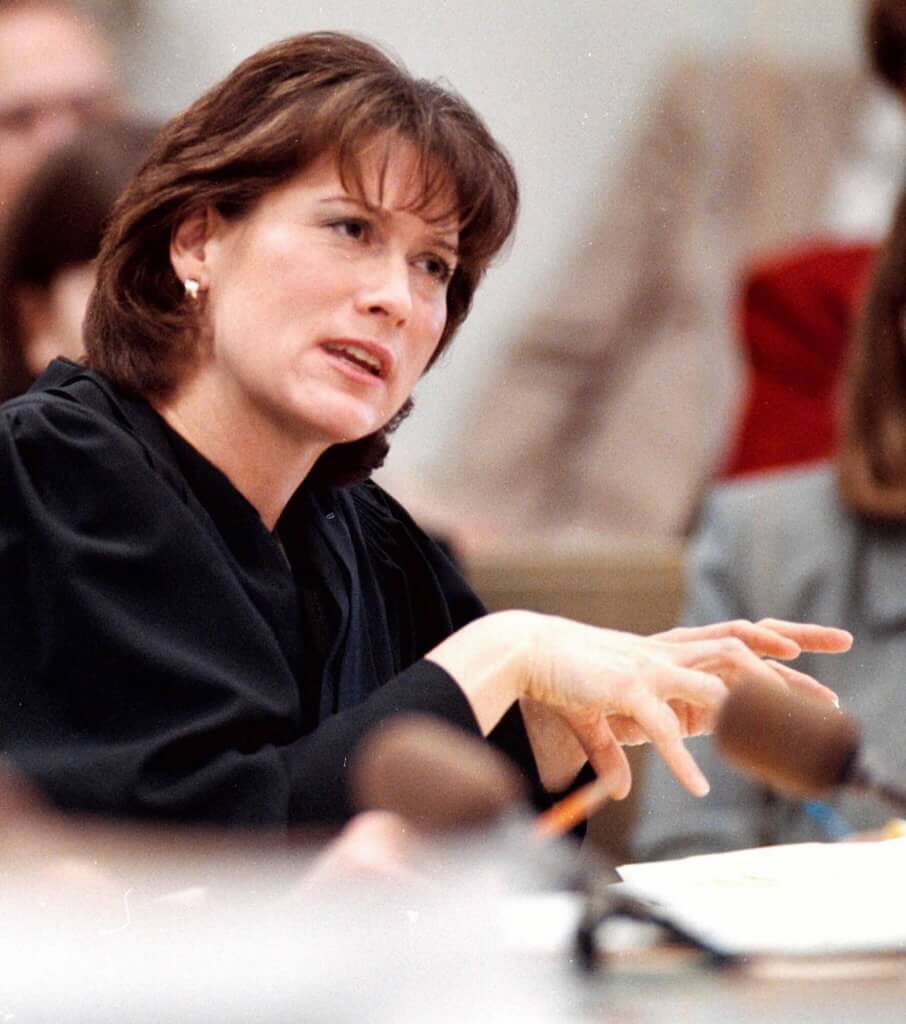 Sykes ruled that anti-gay groups can receive public funding even if they engage in discrimination. In statements to the conservative Federalist Society (where she is listed as an expert), she claimed the Massachusetts Supreme Court’s 2003 marriage equality ruling “essentially reformulated the definition of marriage.”

The Family Research Council, which is extremely anti-LGBTQ, described Sykes as “staunchly conservative.” Sykes has twice served as guest lecturer for the “Moral Foundations of Law” seminar, an annual event hosted by the anti-LGBTQ Witherspoon Institute (confounded by National Organization For Marriage founder and Federal Marriage Amendment author Robert George). According to court documents involving another anti-LGBTQ justice who attended the seminar, her 2015 speech focused on the aftermath of the Supreme Court’s marriage equality decision.

Timothy Tymkovich of Colorado, U.S. Court of Appeals for the Tenth Circuit 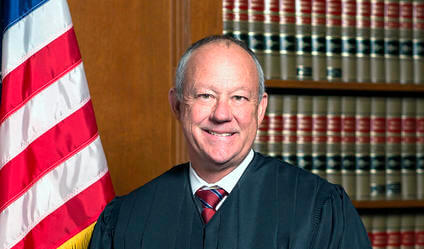 Tymkovich vigorously (but unsuccessfully) defended Amendment 2, a voter-approved initiative that prevented all cities, towns, and counties in Colorado from offering protected class status on the basis of sexual orientation, in front of the Colorado Supreme Court. He also wrote a law journal article in which he supported the right of landlords and employers to discriminate on the basis of sexual orientation: “Eliminating the liberty of landlords and employers to take account of homosexuality send the unmistakable message that homosexual behavior, like race, is a characteristic which only an irrational bigot would consider. By restoring government neutrality of this difficult and divisive moral issue, Amendment 2 promotes freedom and diversity by allowing different groups in the community to hold, and act on, different views on this question.”

Don Willett of Texas, United States Court of Appeals for the Fifth Circuit 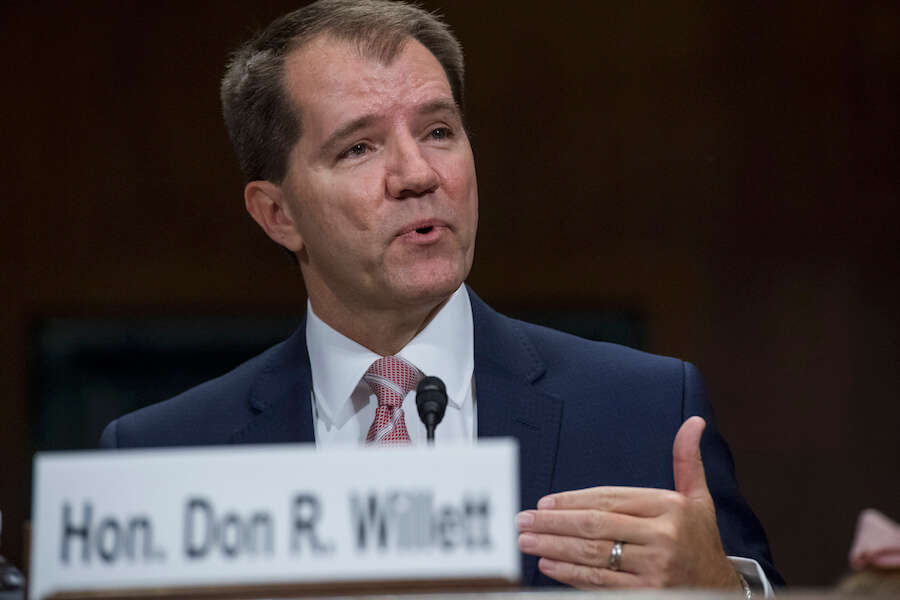 Willett “jokingly” compared the Supreme Court marriage equality decision to “a constitutional right to marry bacon.” His sense of humor doesn’t stop there. He also mocked a trans teen athlete with the line, “Go away, A-Rod.” Willett served as point person for George W. Bush’s “faith-based initiatives” both in Texas, while Bush was governor, and nationally while Bush was president.

While on the Texas Supreme Court, he authored the dissent in a case in which a same-sex couple was granted a divorce. He has friends, too. Anti-LGBTQ activists like James Dobson and David Barton endorsed him in his 2012 judicial election.