The Department of Justice has chosen not to defend the earlier policy, which was first announced in a series of July tweets, after it was blocked by four federal courts. But part of the rationale behind the failure to appeal those rulings is that the Trump administration is set to rollout a new proposal on Feb. 21, as BuzzFeed reports.

The Justice Department reportedly told U.S. District Judge Marvin Garbis, one of the justices who ruled against the policy last year, that the administration “will be defending” a new policy set to be unveiled in two weeks.

That date coincides with a deadline for an “implementation plan” on Trump’s earlier ban set last year. Gen. James Mattis, who was not consulted before the president announced his impromptu directive in a tweetstorm, was given until the same date to devise that strategy. Mattis was on vacation when the tweets were posted.

Pentagon spokesman Maj. David Eastburn did not disclose what the updated plan will entail. He claimed the Pentagon will be presenting its “recommendations” to the White House, but any official decisions on the subject are the Commander-in-Chief’s to make. 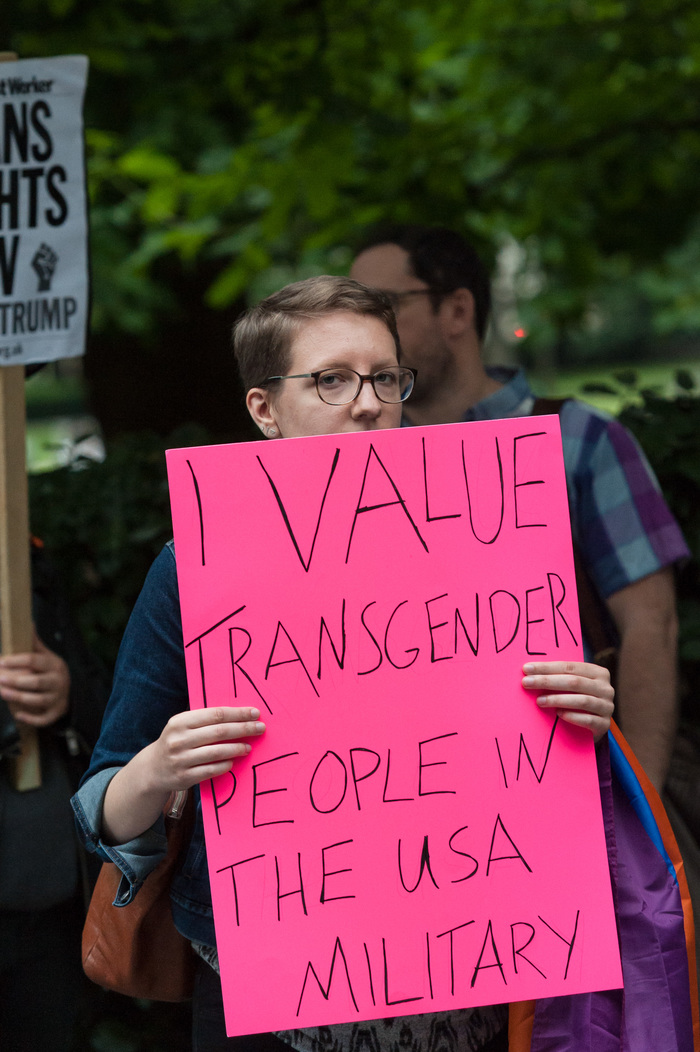 LGBTQ advocates lambasted any proposed plan which would revive Trump’s transgender military ban, calling the policy “senseless, unconstitutional, and bad for the country.”

“No matter how the administration re-brands, any policy that singles people out because they are transgender cannot pass the smell test,” claimed National Center for Trans Equality Executive Director Mara Keisling in a statement. “[…] Thousands of trained, capable transgender troops in every branch of service prove every day that they are fit to serve, and firing even a fraction of them just because of who they are would be a pointless and heartless waste of resources.”

“Congress must act now to stop this banand all of its iterationsonce and for all,” she continued.

Sarah McBride, a spokesperson for the Human Rights Campaign, took particular aim at the administration’s assertion that allowing trans troops to serve openly would harm unit cohesion. Trump claimed on Twitter that having transgender people in the military would result in “tremendous medical costs and disruption,” an assertion that had already been debunked by a study commissioned by the Pentagon.

“In their repeated attempts to implement and justify this cruel and unconstitutional policy, the Trump-Pence Administration has been the only source of disruption on this issue,” McBride said in a press release.

Should the new policy include a prohibition on trans military service, it’s an open question as to whether it would withstand court challenges.

Garbis claimed in a November verdict that the ban was “discriminatory” and “cannot possibly constitute a legitimate governmental interest.” Judge Colleen Kollar-Kotelly of the U.S. District Court for the District of Columbia, who also ruled against the proposal, said there’s “absolutely no support for the claim that the ongoing service of transgender people would have any negative effects on the military at all.”

Trans people were allowed to openly join the military for the first time on Jan. 1, and dozens have reportedly begun the process of enlistment.