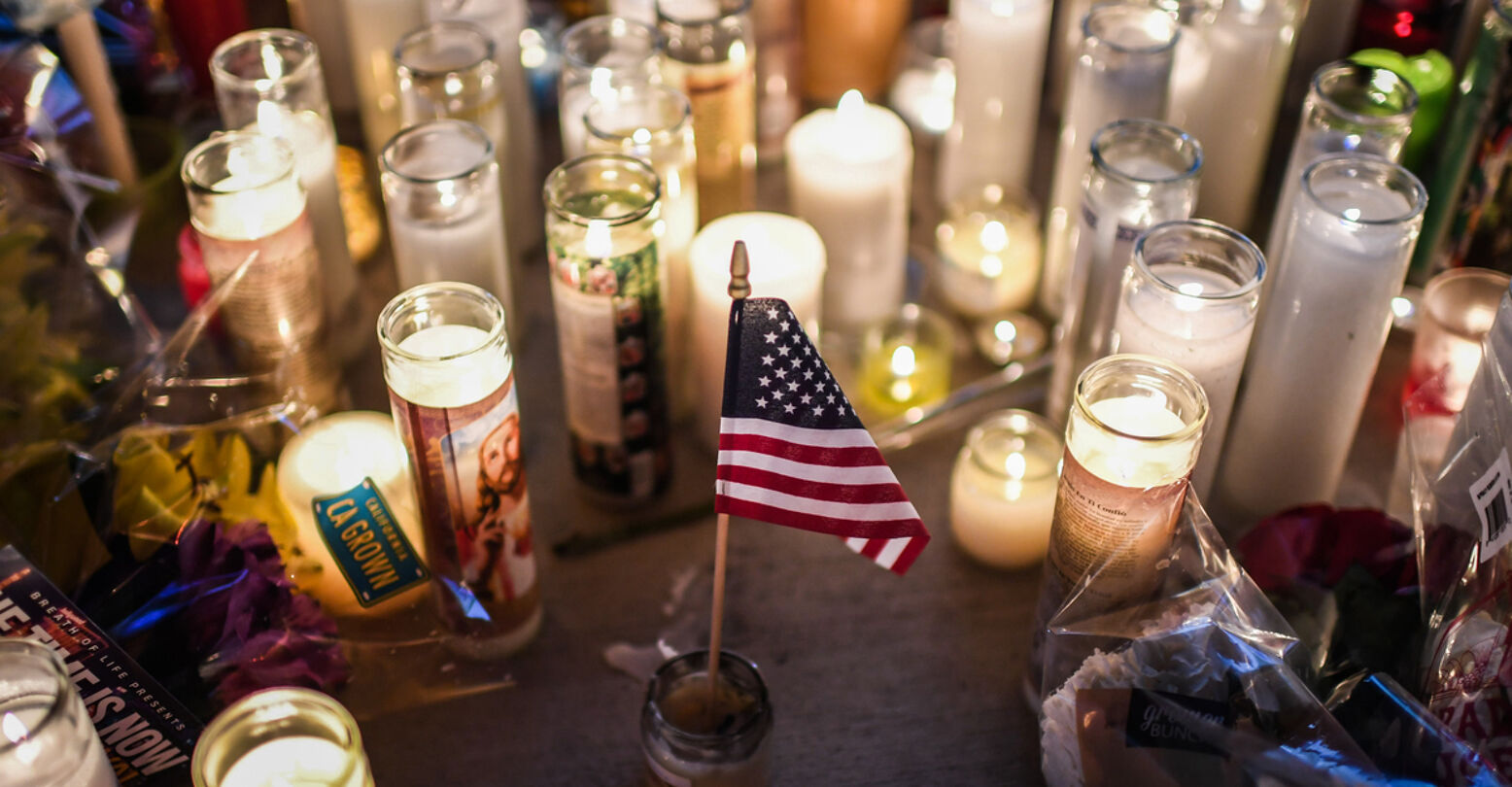 Get down. They’re shooting.

A friend yells at me as I drop to the floor. I hear shot after shot coming from the dance floor the next room over. Finally there is a brief pause. “Is it over?” I think. It isn’t. More shots begin to ring out. In a panic, my friend and I dash toward the restroom to seek cover. We still don’t know what’s happening. Cowering underneath the sink of men’s room, about 15 clubgoers huddle together as the shots grew louder and closer, continuing to fire one after another.

The door opens, followed by the sound of footsteps. A barrage of bullets pierce through the stall wall. I am hit by the gunfire. My friend and the strangers next to me are hit. I hear people yelling and pleading for their lives as the shooter begins his rampage in the restroom adjacent to us.

Though I sustained injuries, I survived. Forty-nine people did not. 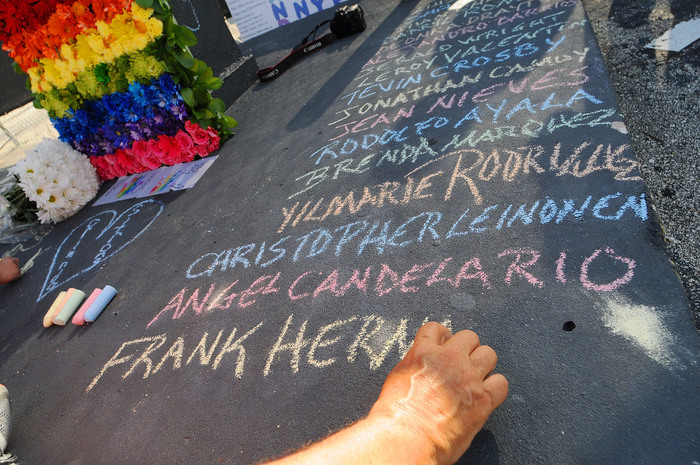 When I first saw the images coming out of Las Vegas, I couldn’t help but be taken back to that night at Pulse Nightclub in June 2016, then the deadliest mass shooting in U.S. history. That toll was surpassed on Sunday evening when a lone shooter opened fire on a country music festival, killing 59 people. The victims were firefighters and students, softball coaches and police officers. Brennan Lee Stewart died shielding his girlfriend from the gunfire. Dorene Anderson just wanted a fun night out with her daughters. Their faces were all too familiar.

As Las Vegas began to count the lives lost, condolences poured in from the same people who have allowed these attacks to ravage our country.

U.S. Senators such as Mitch McConnell and Lindsey Grahamwho have received thousands upon thousands of dollars from the National Rifle Associationput special interests before the families they are now offering thoughts and prayers to. President Donald Trump senthis “warmest condolences” to those who have lost sisters and friends.

What America needs right now isn’t good vibes. We need decisive action to pass common sense gun reform, in order to keep anyone else from experiencing what I and too many others already have.

Stephen Haddock, a 64-year-old man who lived in Mesquite, Nevada., targeted the crowd from the 32nd floor of Monterey Bay Casino and Resort. The attacker had at least 23 firearms stashed in his hotel room at the time of the attack, which injured more than 500 people. The weapons he used included an AR-15 assault rifle, the same gun discharged in the attacks on Sandy Hook Elementary School in Newtown, Mass., and a movie theater showing The Dark Knight Rises in Aurora, Color.

Haddock’s guns, as well as thousands of rounds of ammunition, were purchased legally.

Nevada has some of the most lenient gun laws in the country. The state doesn’t require gun owners to have a license or to register their firearms, including assault rifles and machine guns. Open carry is legal without a permit throughout the state, and concealed handgun licenses are issued by local law enforcement. It was only last year that a law passed requiring background checks for all gun purchases in the state, but that legislation isn’t currently being enforced due to legal challenges.

The Silver State isn’t the only one with a gun law problem. Here in Florida, the Pulse shooter was able to purchase an assault rifle, handgun, and ammunition despite being placed on the FBI’s terrorist watch list twice. He was removed in 2014. The gunman’s background check was approved, and days later, he murdered members of my community in cold blood.

I never imagined our community would face such brutal violence and hatred. But through that adversity, Orlando came together in a way I had never experienced before. Hundreds of people traveled from out of state to donate blood to local centers, which needed every drop they could get. Thousands of dollars were donated to various funds set up to help victims and their families, which helped me through the toughest times of my life. After being shot in my right knee and left heel, I couldn’t walk. The support Pulse survivors received gave me the strength to take that first step.

One week after the attack, thousands of people stood united in the streets of downtown Orlando to show the world that we are strong. We wanted to send a simple but important message: We will not let hate win.

But taking a stand against hate means actually doing something about the problem. At the time of writing, more than 11,000 people have been killed by a firearm in 2017. That’s more than 42 people each day. The NRA, meanwhile, has already spent more in lobbying dollars this year than in all of 2016. Tracking from the Center for Responsive Politics found that 40 percent of elected representatives to Congress accepted donations from the gun lobby in during the 2014 midterm elections. We can no longer sit quietly while our family members and loved ones are targeted, and politicians do nothing.

Taking action to end this culture of complicity doesn’t take much effort. It’s as simple as attending a town hall meeting held by your local representative or casting a ballot.

Prior to the Pulse shooting, the thought of becoming an activist never crossed my mind. I thought gun control was someone else’s problemthat is, until it became a scar I live with every day. I came very close to losing my life that night at Pulse. If I hadn’t made it to the hospital when I did, I would have died due to loss of blood. After my recovery, I decided to partner with local organizations in hopes of bringing common sense reform to the state of Floridaand to the rest of the country. This week, I will be working with legislators, politicians, and officials to put forward a bill banning the sale of assault rifles and high-capacity ammunition in our state.

It’s my hope that each of us don’t have to wait until this issue hits home before we create the change our country needs. Thoughts and prayers are a nice sentiment, but they are meaningless if legislators and citizens do nothing to stop the next record mass shooting.