Mark Byrd received his HIV-positive diagnosis from a manila envelope. After waiting an hour for an interpreter in the Columbus, Ohio, American Red Cross office, 50 miles south of his hometown, one never came. Instead, a staff member handed him a piece of paper from a dot matrix printer that announced in big black letters his new health status HIV+. This was 1993, when an HIV diagnosis was considered fatal. 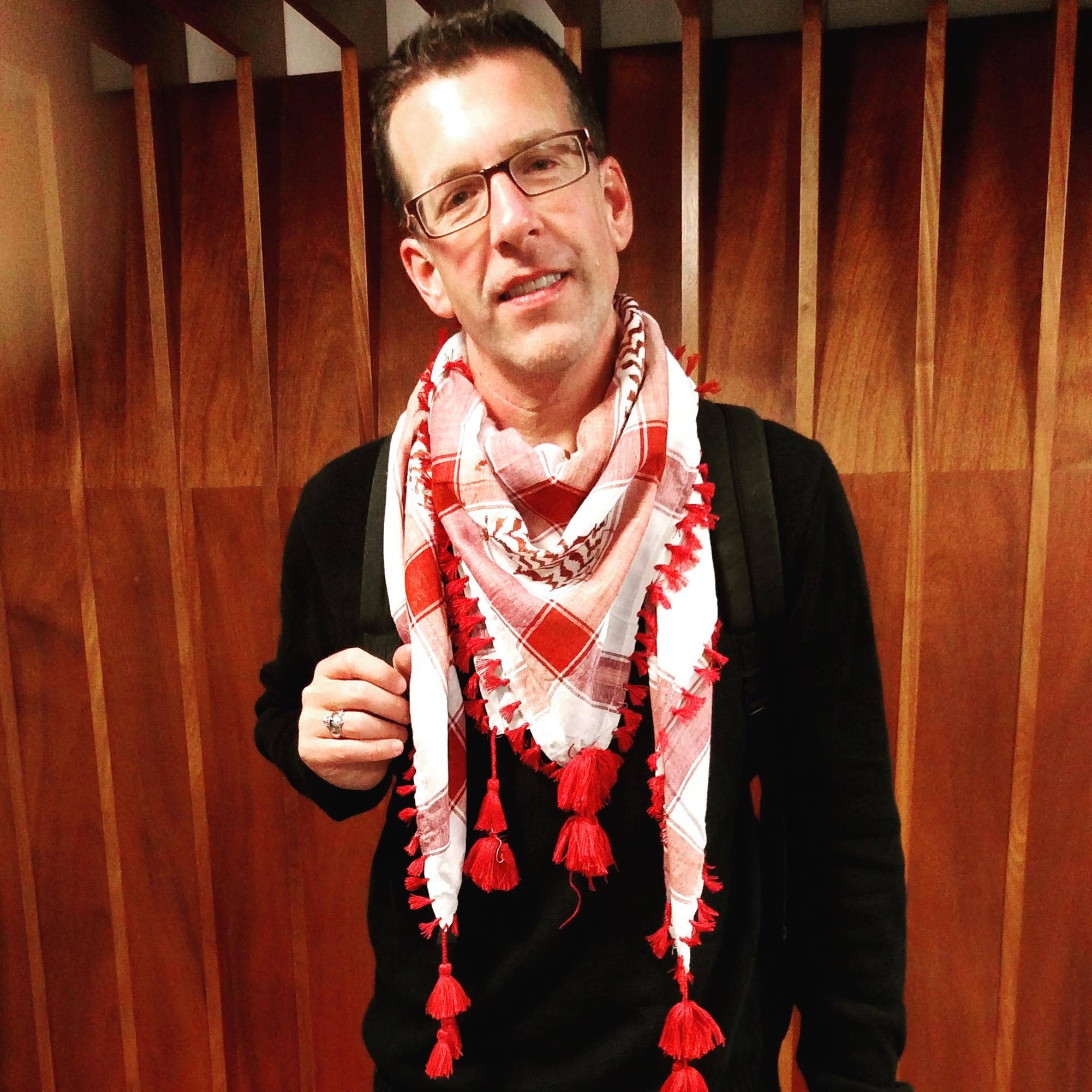 “No one told me about the basics of HIV care or what to expect in terms of psychological impact,” Byrd told INTO in a recent interview. “It feels like I got shafted and was given the short end of the stick.”

Byrd, an openly gay man, is one of an unknown number of Americans who is Deaf and HIV positive. While sexual orientation and race are two factors that public health professionals agree are put at increased risk for HIV infection, almost no data exists on hearing status and HIV risk. The data that does, doesn’t begin to demystify the complex web of social inequities that put the deaf at risk of infection.

The federal Centers for Disease Control and Prevention doesn’t consider deaf people a cultural group and doesn’t collect information on them. Only one state, Maryland, collects hearing status information on its HIV testing forms. Byrd and others told INTO that, though itcollects some data, they haven’t seen numbers from the state’s Department of Health and Mental Hygiene since 2007 a decade ago.

“There is an AIDS crisis in the Deaf community,” anthropologist Leila Monaghan wrote in 2008’s “HIV/AIDS in the United States Deaf Community.” “So little information is kept by federal and state authorities that we do not even know the true extent of the disease.”

INTO contacted the Maryland Department of Health and Mental Hygiene for information about the last decade’s worth of statistics. Though the agency responded to an initial email inquiry, it did not follow up with any further information on the missing statistics.

On average, the Maryland statistics show that deaf individuals were around two times more likely to acquire HIV. Although, in 2007, deaf people were diagnosed with HIV at 2.9 times the rate of non-deaf people. In addition, a 2008 survey from New York City’s Housing Works found deaf people acquired HIV at a rate three times higher than their hearing counterparts.

How many deaf people have been lost to AIDS is still unknown, though, once a year since 1989, a site called “Deaf Lost to AIDS” tallies the community’s AIDS-related losses.

Nothing about deafness puts a person medically at risk for HIV. The virus thrives in marginalized populations who often have unequal access to health care. Cultural, linguistic and political barriers deter deaf people from getting accurate information about HIV.

Deafness is a linguistic and cultural phenomenon. Many but not all American deaf people communicate through American Sign Language, a complex visual language with grammar and syntax based on visual and spatial narrative rules. These rules don’t project easily onto spoken or written English, making HIV information in English less-than-useful for many outside the hearing world.

According to Monaghan’s 2008 essay, “HIV/AIDS in the United States Deaf Community,” most deaf people would prefer to process information visually, through ASL, then through written English.

But beyond linguistic limitations, American chauvinistic attitudes towards multilingualism spells trouble for those who sign.

“There’s a whole bunch of different problems that come up from the United States thinking of itself as a monoglot country when it’s not,” Leila Monaghan, professor of anthropology at Northern Arizona University, told INTO.

Aside from language, there is a cultural barrier. Rather than sharing a medical condition, deaf people consider themselves to share a culture, as signified by the capital “D” in Deaf.

According to a video from the Coalition Sida des Sourds du Québec (CSSQ), a Canadian HIV awareness organization targeting deaf Canadians, “Most culturally deaf people refuse to be associated with deafness from the medical perspective, since it considers them as persons with disabilities, highlighting their failings rather than their abilities.”

These cultural attitudes toward deafness create a fraught doctor’s office experience that deaf people have no choice but to learn to navigate.

Byrd said the medical community often dismisses deaf people. In November 2014, he wrote a frank account in HIV Equal about the difficulty of receiving effective, culturally competent HIV care. Most disturbing, he said, was that his difficulty getting care happened at an LGBTQ-focused HIV clinic. When he entered the building to schedule an appointment, staff ignored the nature of his visit and told him someone would “deal with you in a moment.”

After waiting for 45 minutes just to set up an appointment with both a doctor and an ASL interpreter he was put in a room with a video interpreter, which he was told was a “cheaper alternative.”

Other times, Byrd has had interpreters who were not yet certified or who had no background in medical interpretation. They couldn’t effectively convey complex medical jargon between hearing doctor and deaf patient.

“When you have an individual that is HIV positive and deaf or deaf blind but refuse to be accessible to them, you’re a farce,” Byrd said.

In order to get medical care, Byrd flew back and forth from his home in Washington, D.C. to his former home in Spokane, Washington, for two years. Rather than seeing a doctor every three months, he used school breaks to visit his former doctor twice a year.

Aside from being dismissive, Byrd said some health care providers see him as broken because of his deafness.

“The medical community, they feel like they need to fix things,” Byrd said. 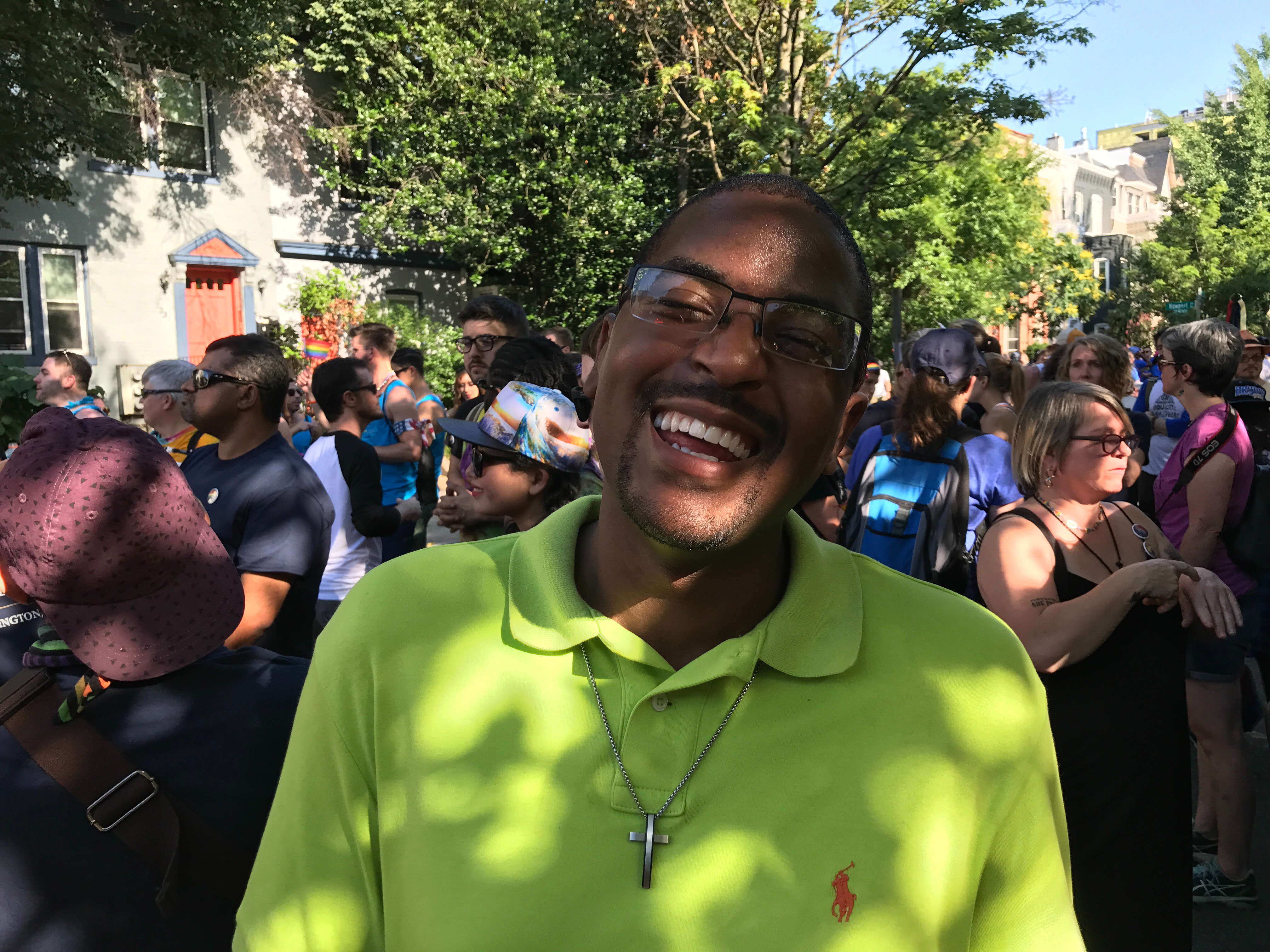 Darrin Smith feels similarly. In July 2016, Smith, who identifies as black, gay and deaf, presented to a doctor seeking pre-exposure prophylaxis. Despite his knowledge of PrEP, the HIV infections rates in the black queer community and his willingness to take the drug, one thing stood in his way: a hearing doctor. The doctor told Smith that Deaf people should not be having sex.

“I was upset, I was angry,” Smith told INTO. “Just because I’m deaf does not mean I’m broken. It does not mean I cannot function as a normal human being.”

Because deaf people so often encounter resistance to HIV care, prevention, or information in hearing-centered medical care, they rely on complex intra-community networks to pass along information. For instance, Smith first heard about PrEP from Byrd. Information in deaf communities often travels through what some researchers call the “deaf grapevine.” 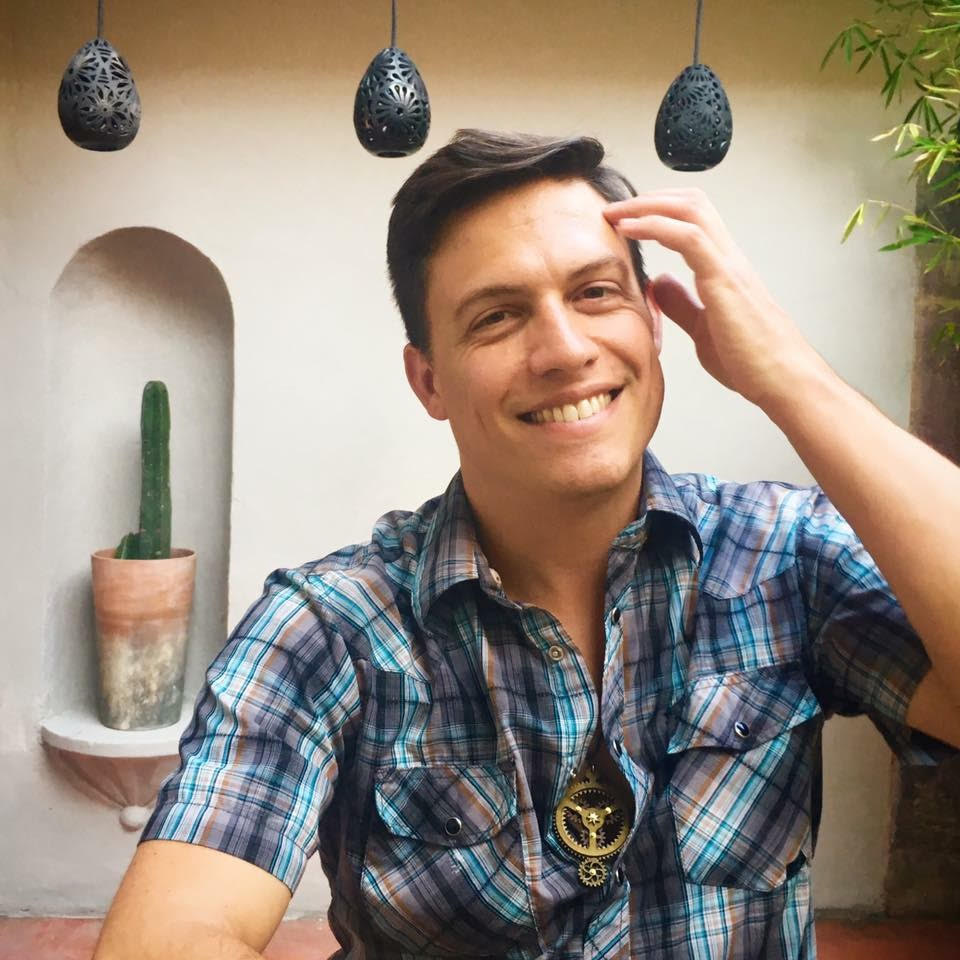 Brian Berlinski had no idea PrEP existed until March 2015, when his current partner came out to him as HIV positive on their first date. When his partner disclosed, Berlinski’s stomach sank.

“I thought, ‘We can never have a worry-free sexual relationship,’” Berlinski told INTO. The only knowledge he had of serodiscordant, or mixed-status, relationships were stories he’d heard years ago from a friend.

“I had been operating on information that was at least a decade old,” Berlinski said. But, Berlinski said, he became dismayed by the lack of deaf-centered and deaf-made materials discussing HIV prevention. What he did see was, frankly, boring: 10-minute-long drawn out role-playing scenarios that couldn’t hold Berlinski’s attention.

Berlinski slogged through academic articles and waded through conversation threads hashed out in Facebook comments for any concrete idea of what PrEP was or how it might help he and his partner practice worry-free intimacy.

Like many other deaf people, and many Americans in general, Berlinski did not have the best sexual education. Berlinski attended a hearing school and during sexual education, his interpreter signed every term, however frank and descriptive, to him. As Berlinski demonstrated in a video interview, sign language around sex can be very frank an erection is a finger steeple, sex involves interlocking hands, and vagina is a downward-facing rhombus.

“I stuck out like a sore thumb,” Berlinski said.

More than sticking out, the entire ordeal discouraged Berlinski’s participation. He was not keen to bring up queer sexuality in front of his classmates or have to sign some frank concepts.

“I was embarrassed to sign the words, and I was also embarrassed by what I thought my classmates might think of me,” Berlinski said.

Currently, Berlinski is working with the San Francisco AIDS Foundation to produce a series of graphic-heavy videos that will contain up-to-date, accurate information about PrEP and HIV in ASL. The videos, he said, will feature written captions that accurately reflect the video’s contents, rather than automatic captioning, which can mess up and leave deaf people confused like the one time he watched a video about PrEP that confused a woman’s name, “Poppy,” with the Spanish term, “Papi.”

Ultimately, he hopes, the videos will penetrate tight-knit deaf communities and empower them to start their own dialogues.

“We lag behind on information on a daily basis,” one deaf respondent told researchers in a 2005 study “I feel like it’s a constant catch-up game with the hearing community.”

Those organizations which do try to educate deaf people about HIV face funding issues. Maryland’s DEAF-REACH, which had funding as recently as 2013, went dark in 2016 when funding dollars evaporated.

According to Sylvie Soulier, former director of the HIV prevention program at DEAF-REACH, this creates a circular problem. Just as in the general population, a lack of information about HIV breeds ignorance. Because information about HIV is often inaccessible to deaf people, HIV stigma in the community remains high. Without DEAF-REACH’s program, the cycle of ignorance and stigma may continue for many deaf people.

“There’s still a lot of just that stigma surrounding HIV [in the deaf community],” Soulier said. “There’s also a lot of unknowns. Now there are no programs that are teaching it. So, the problem is still there, if not worse.”

Those in the community realize that this complicated problem requires complicated solutions. Smith and Byrd both expressed the deaf community itself need more education about the ways that race, sexuality and HIV status intersect with their hearing status.

Byrd said that dealing with HIV stigma among the deaf community has meant there are few spaces where he can be himself.

“The only place I feel that there’s any kind of mutual respect is the deaf, gay, POZ community,” he said. However, Byrd said, they have no national HIV organization to foster community or educate others.

One of the core problems is that the deaf community rarely has a hand in crafting policy one reason why only one state collects their HIV testing data. The current political landscape, according to 2008 Disability Studies Quarterly essay, is built to accommodate hearing persons, which both pushes deaf people away and may force them to self-segregate.

“Deaf people have networks that are outside of hearing people’s networks,” Monaghan said. “So deaf people will pursue power within their own community, and that crossover can be difficult.”

Monaghan called it “rare” for deaf issues to cross into the mainstream in general, let alone issues of deaf health, including HIV prevention or care.

Once deaf people get a seat at the table, then perhaps a fight against this epidemic can begin in earnest. While activists and scientists alone comb through data to find out ways to quell raging epidemics in many communities, most deaf people just want some kind of valuable data with which to fight this epidemic.

Byrd, for one, doesn’t want to be kept in the dark.

“I don’t know if my community is surviving or being killed off.”