Dozens of activists protested outside of the Russian Consulate-General in New York City on Tuesday to demand the release of detained queer journalist Ali Feruz.

Feruz, an Uzbek national facing deportation from Russia, has been held in a Moscow immigration detention center for the past six months, according to openDemocracy. While detained, he has been tortured by guards. Protesters say that the same fate, or worse, awaits him should he be forced to return to Uzbekistan. 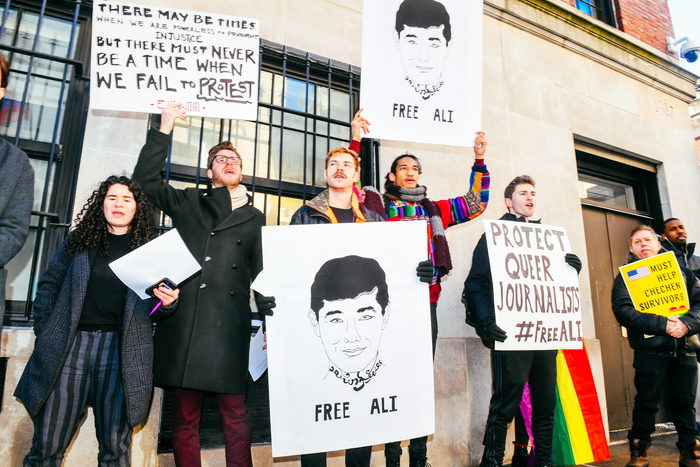 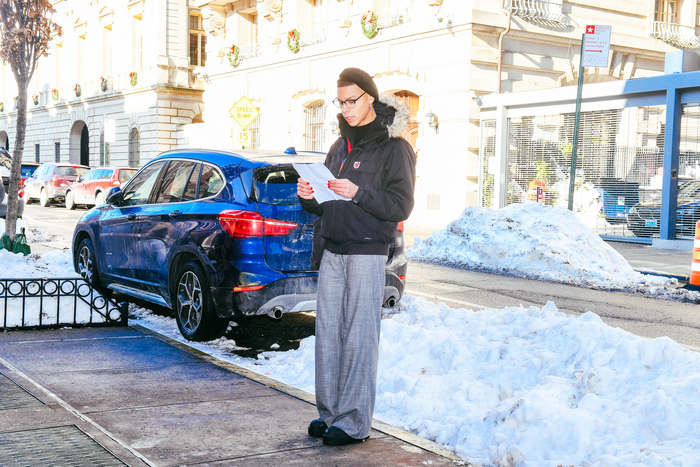 “Free Ali” read a number of signs at the demonstration in New York, organized by Voices4, a non-violent direct-action group formed to help queer and trans Chechens escape persecution and to achieve “freedom and dignity for all LGBTQ+ people.”

Others signs carried quotes from Feruz (“[A person] should not be ashamed to ask people for help to survive”), as well as writer and Holocaust survivor Elie Wiesel (“There may be times when we are powerless to prevent injustice, but there must never be a time when we fail to protest.”) Others carried messages of global solidarity with queer people and, more specifically, queer journalists.

A concurrent protest was held in Berlin, where demonstrators read aloud from Feruz’s diary. 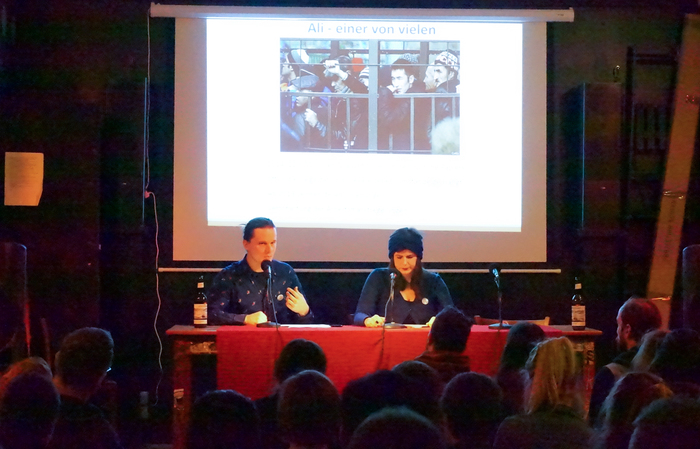 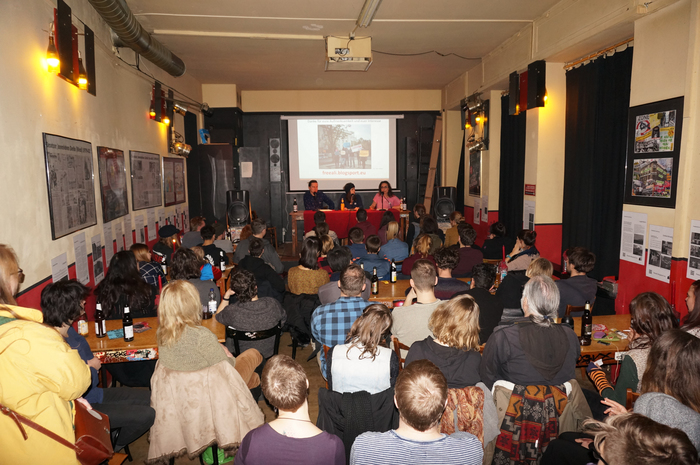 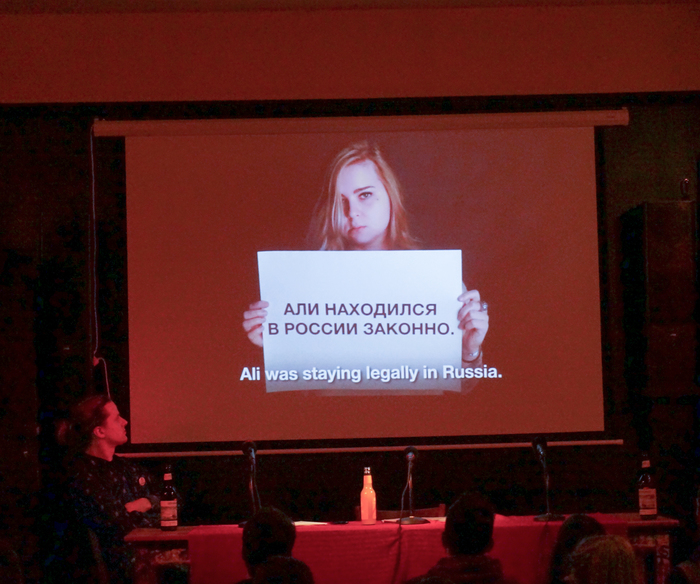 “Today, Voices4 participated in an intercontinental protest to demonstrate that Russia is being watched by the world,” said Vinnie Amendolare, Voices4’s head of research, in an emailed statement to INTO. “Ali Feruz, a fellow activist and a journalist dedicated to telling stories that demand to be told, deserves liberation. We demand his release so he can reclaim his freedom and his life.”

See more photos from the protests in New York and Berlin below. 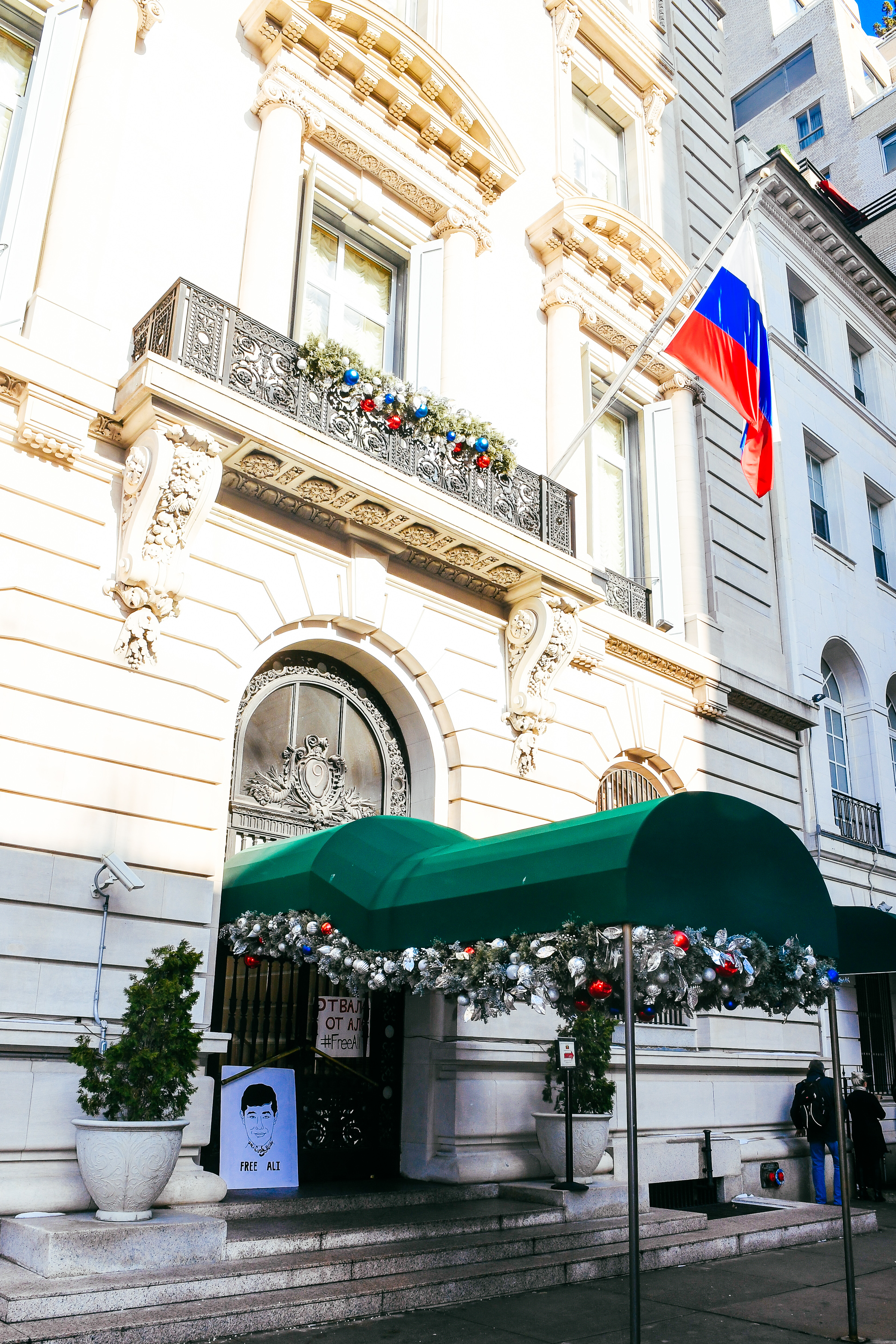 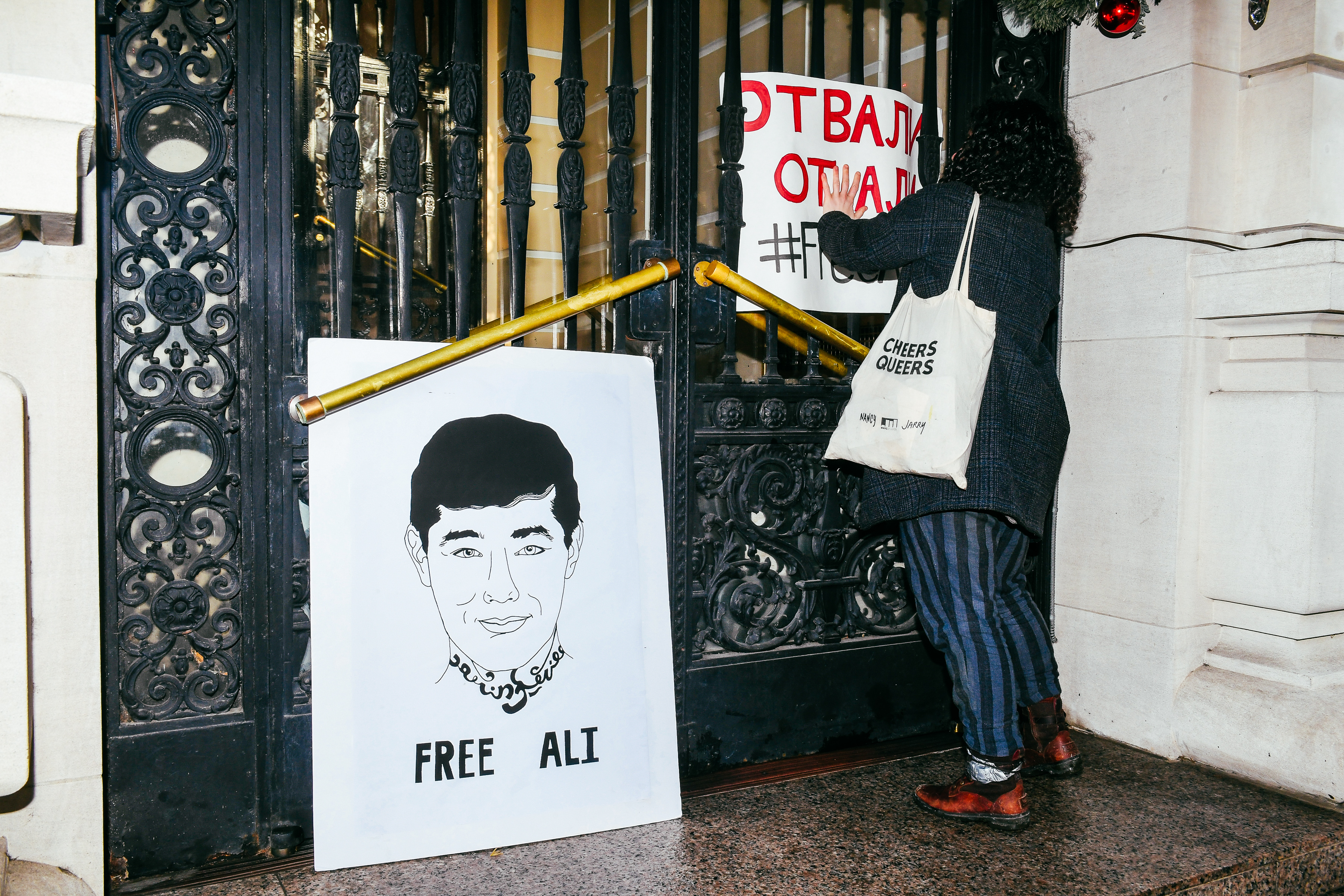 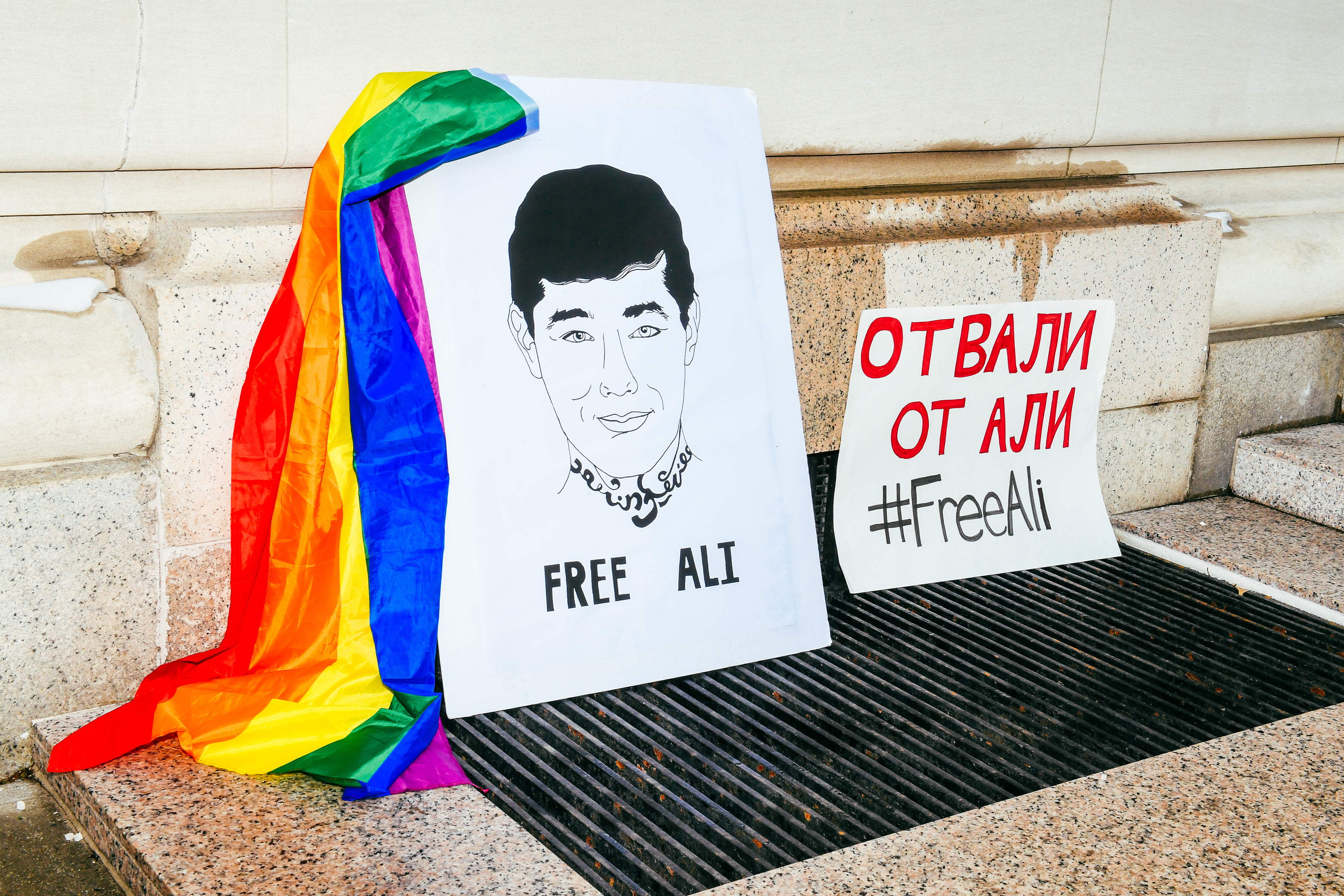 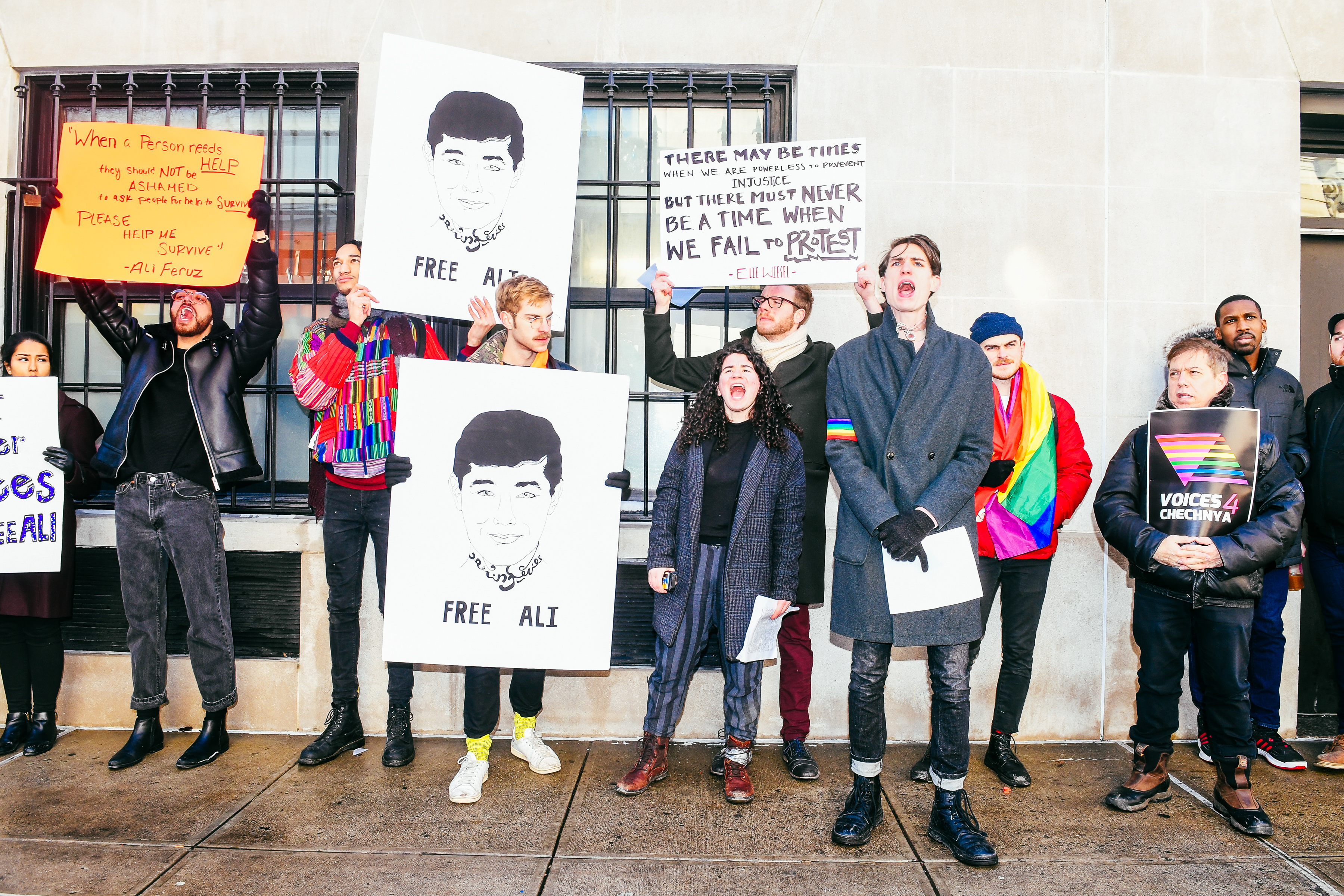 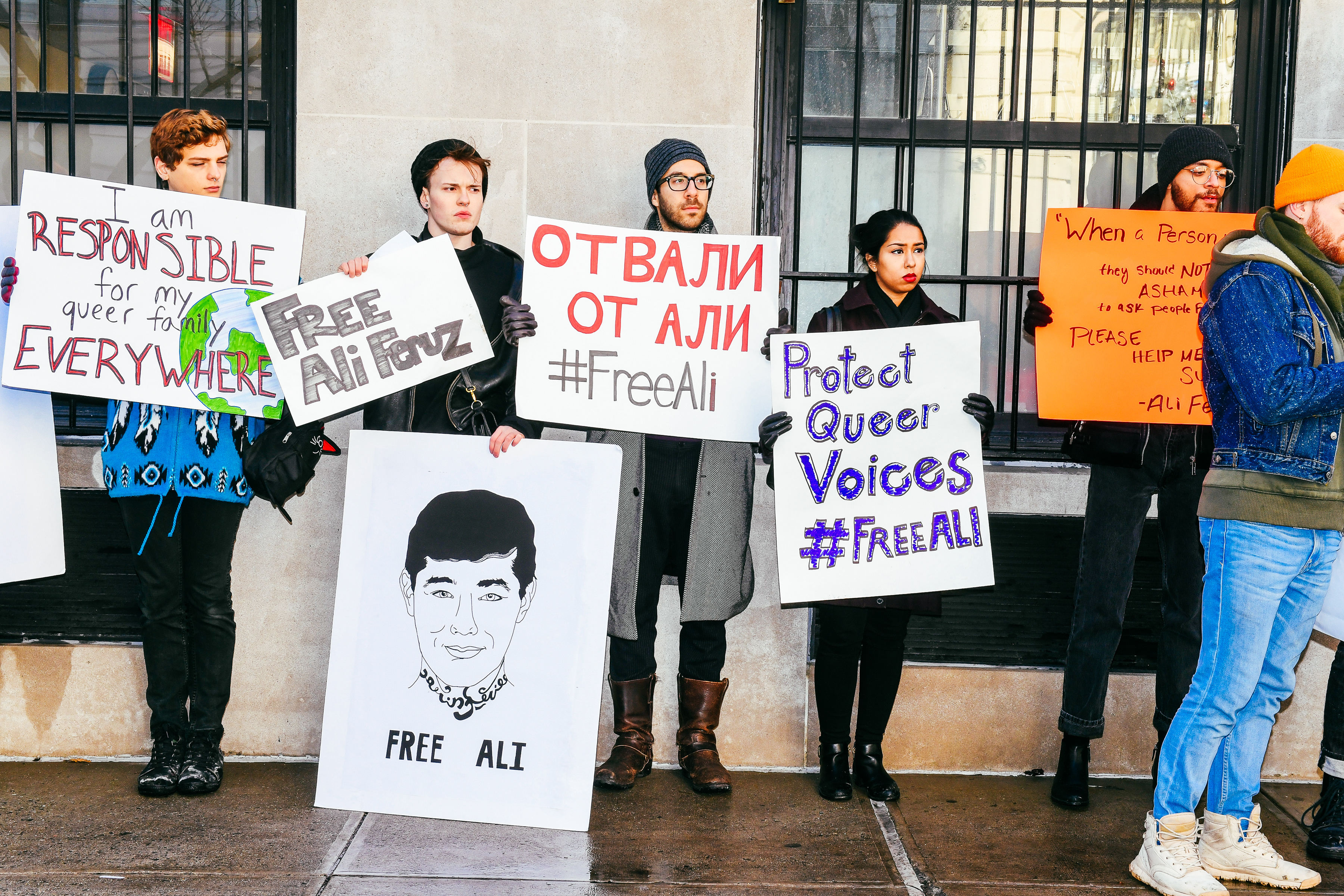 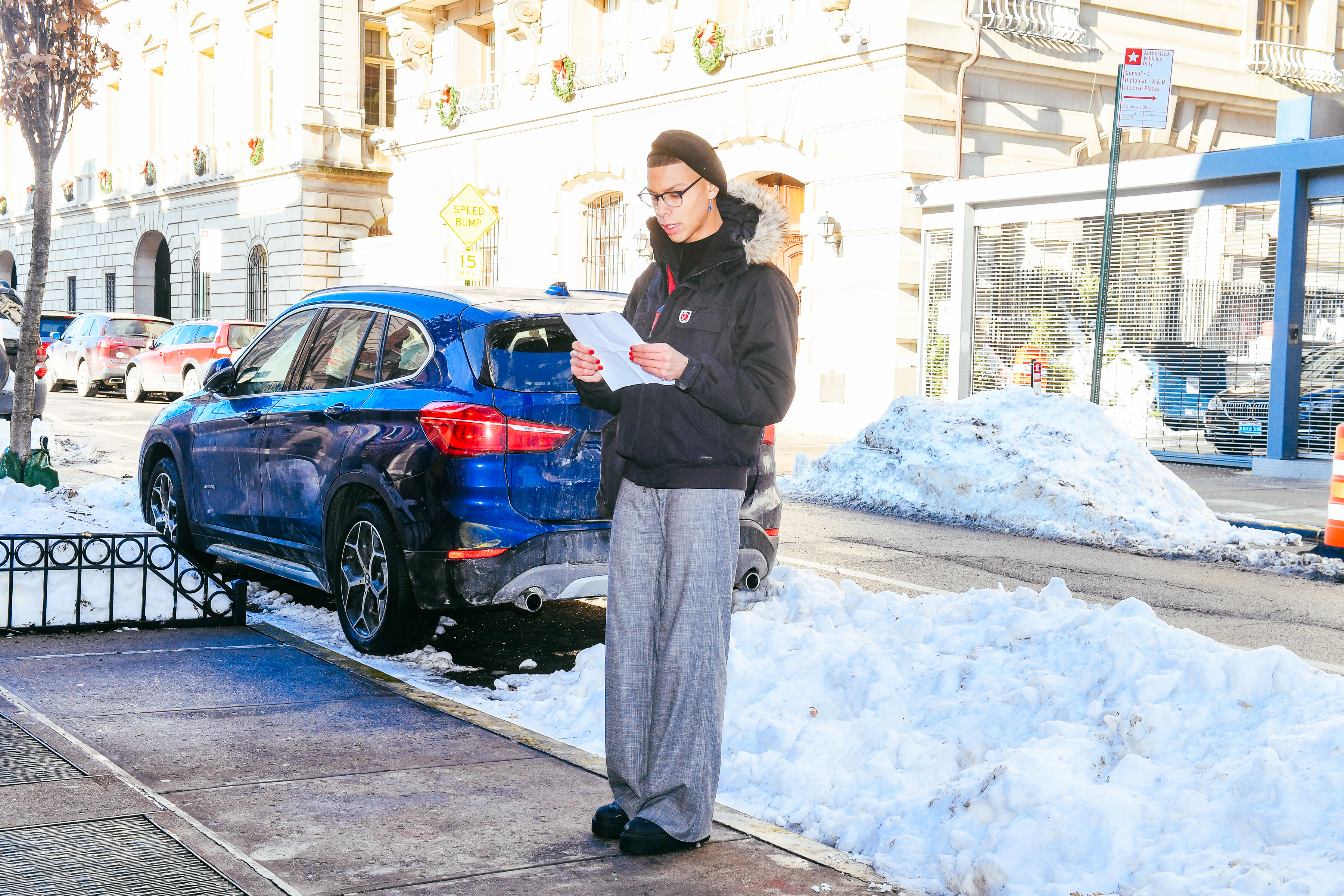 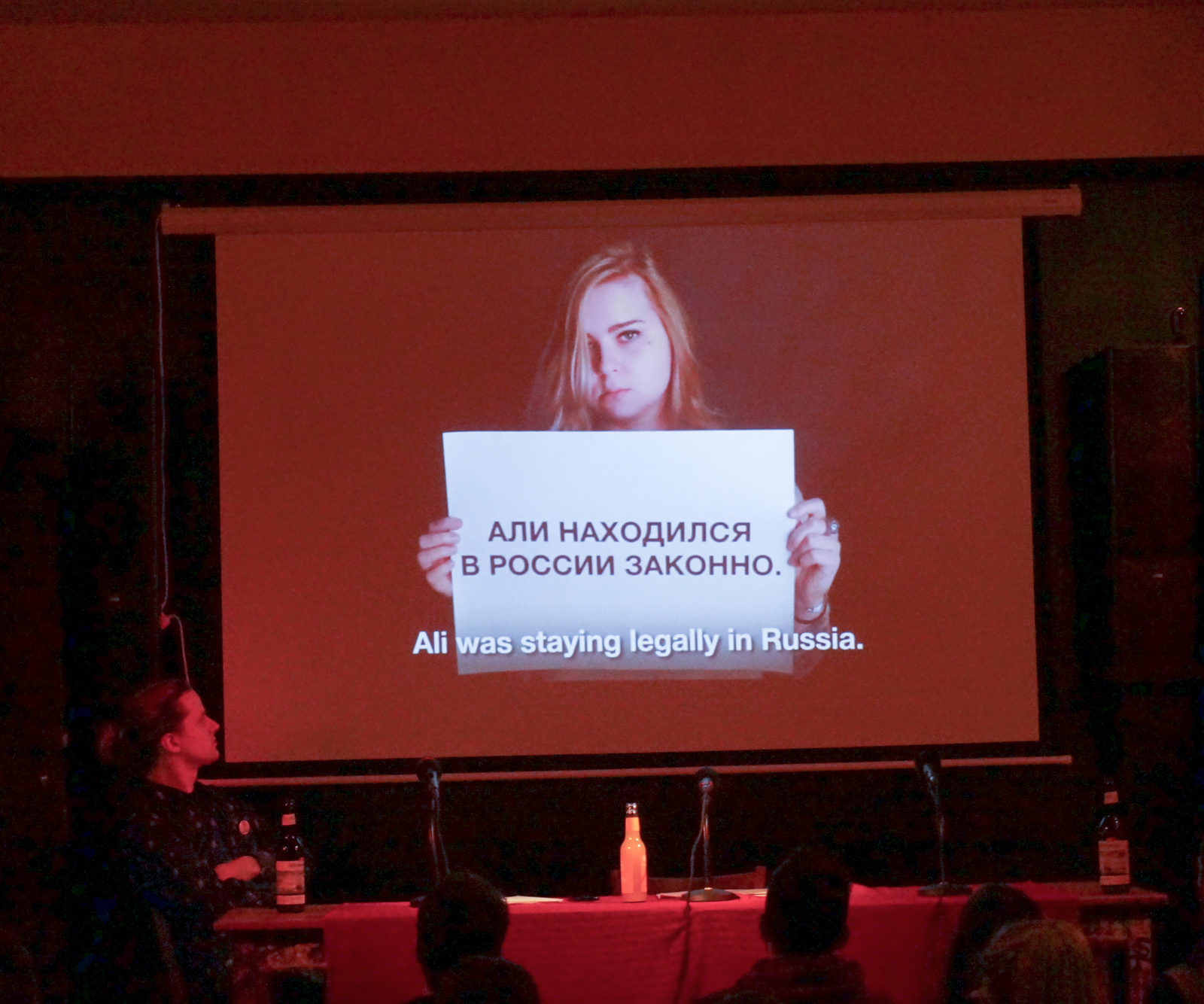 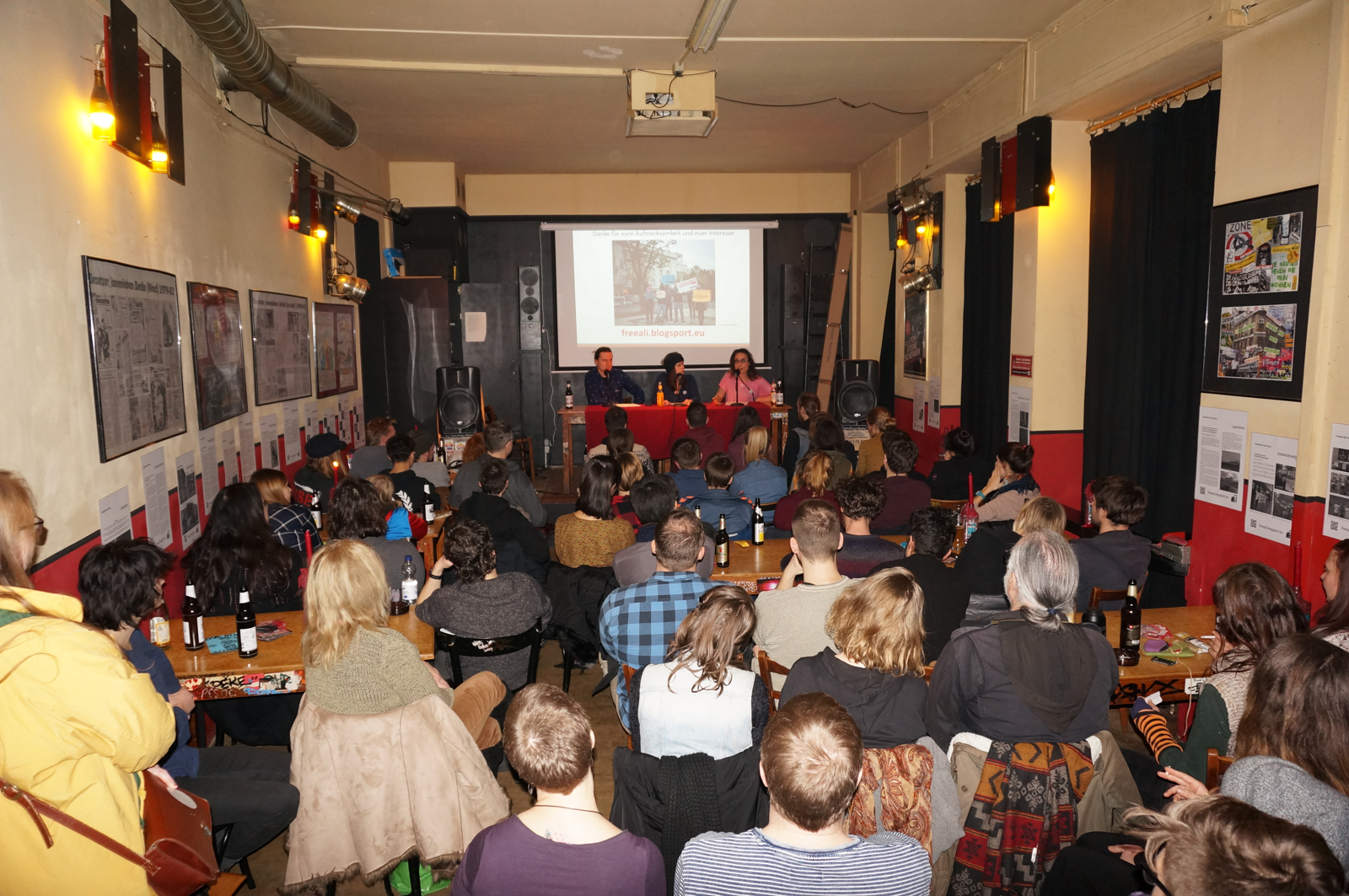 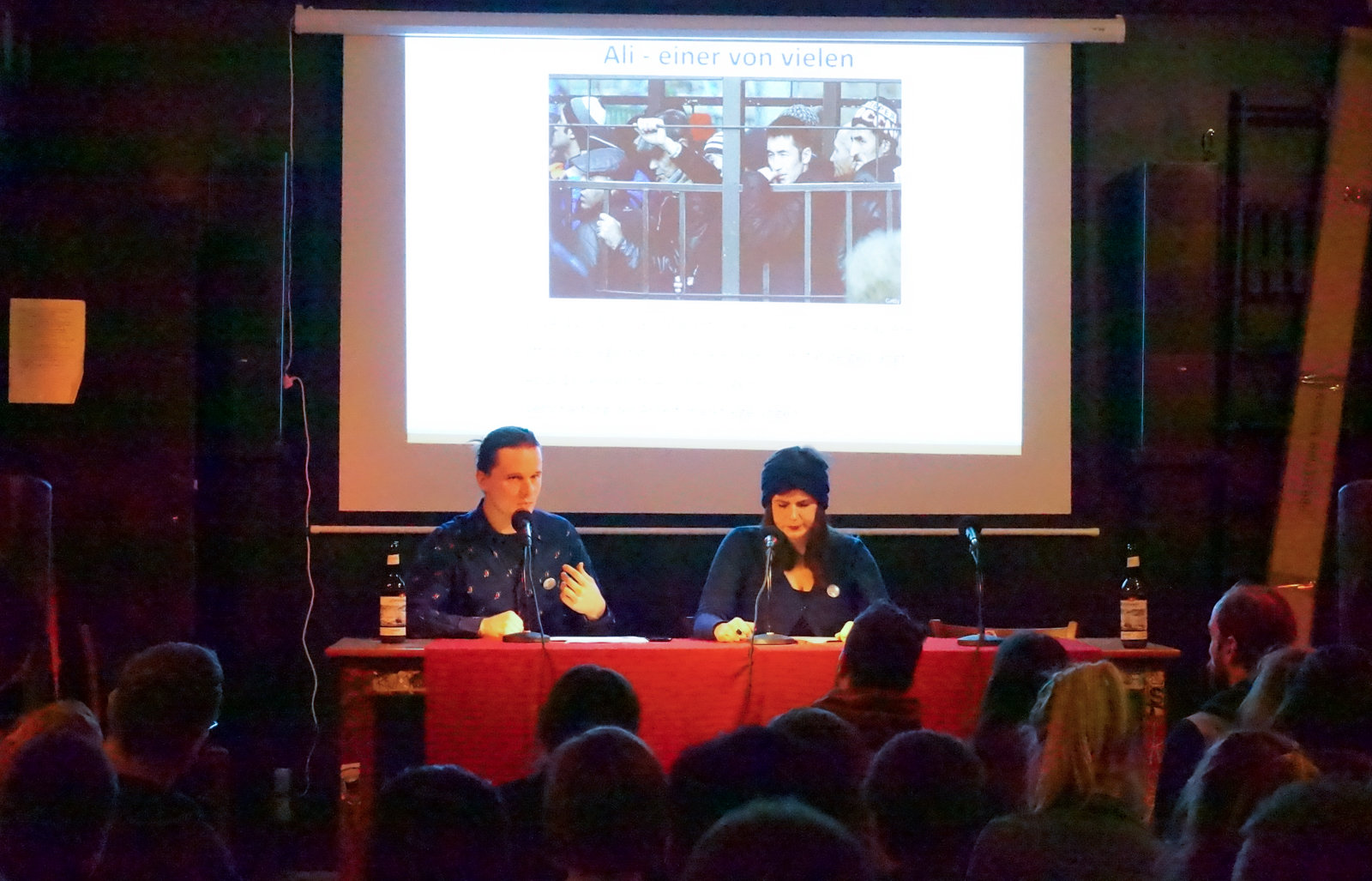 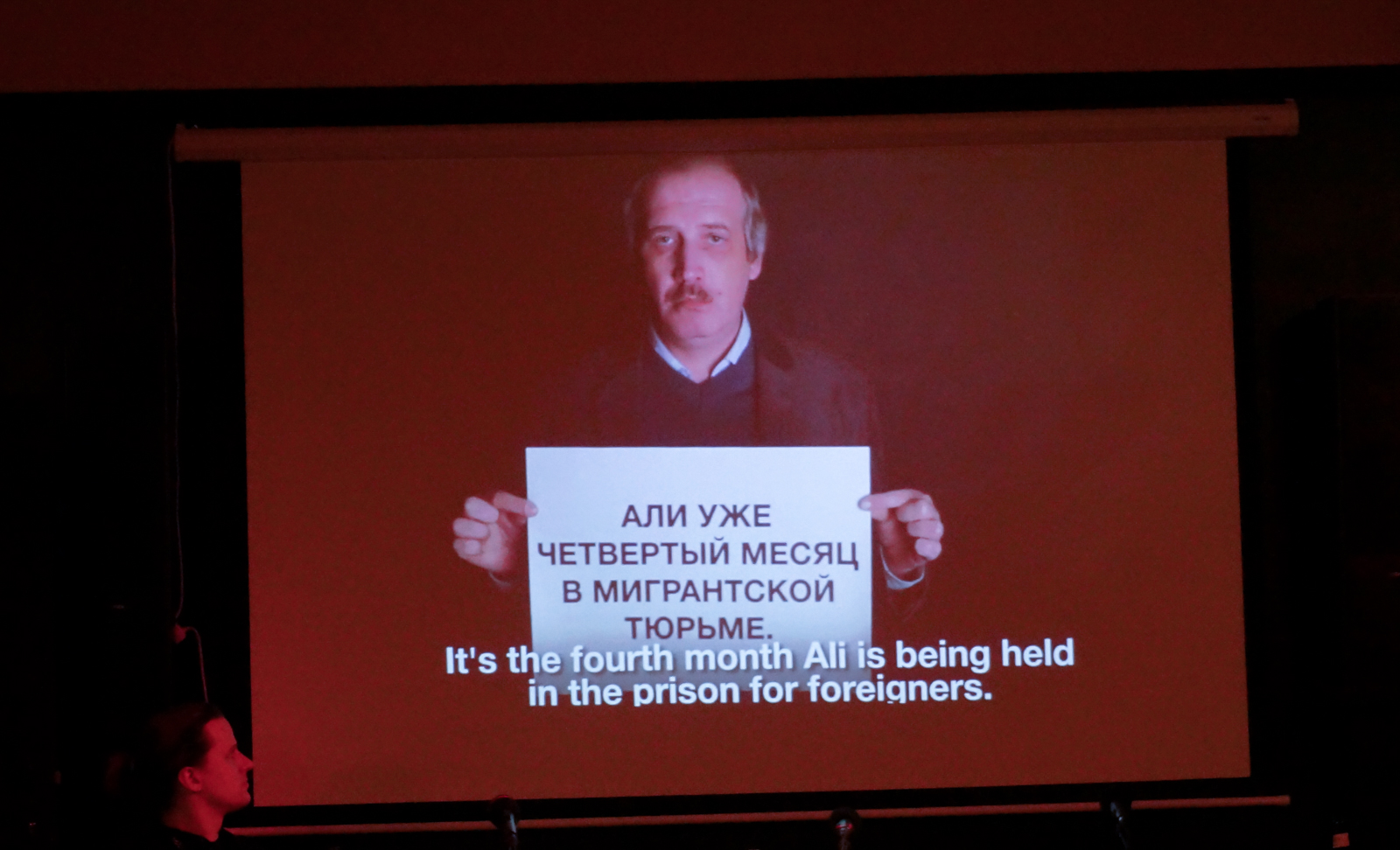 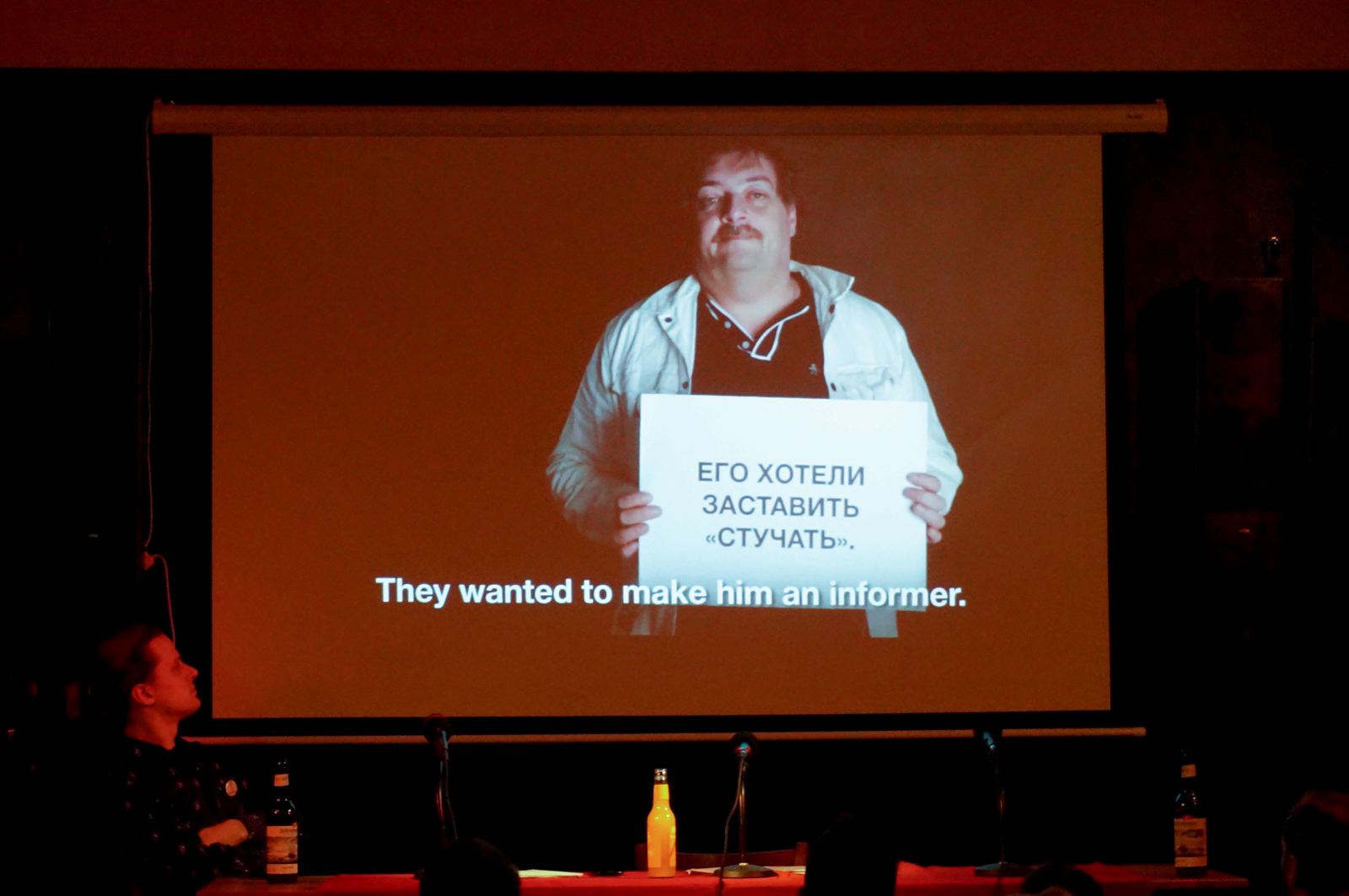 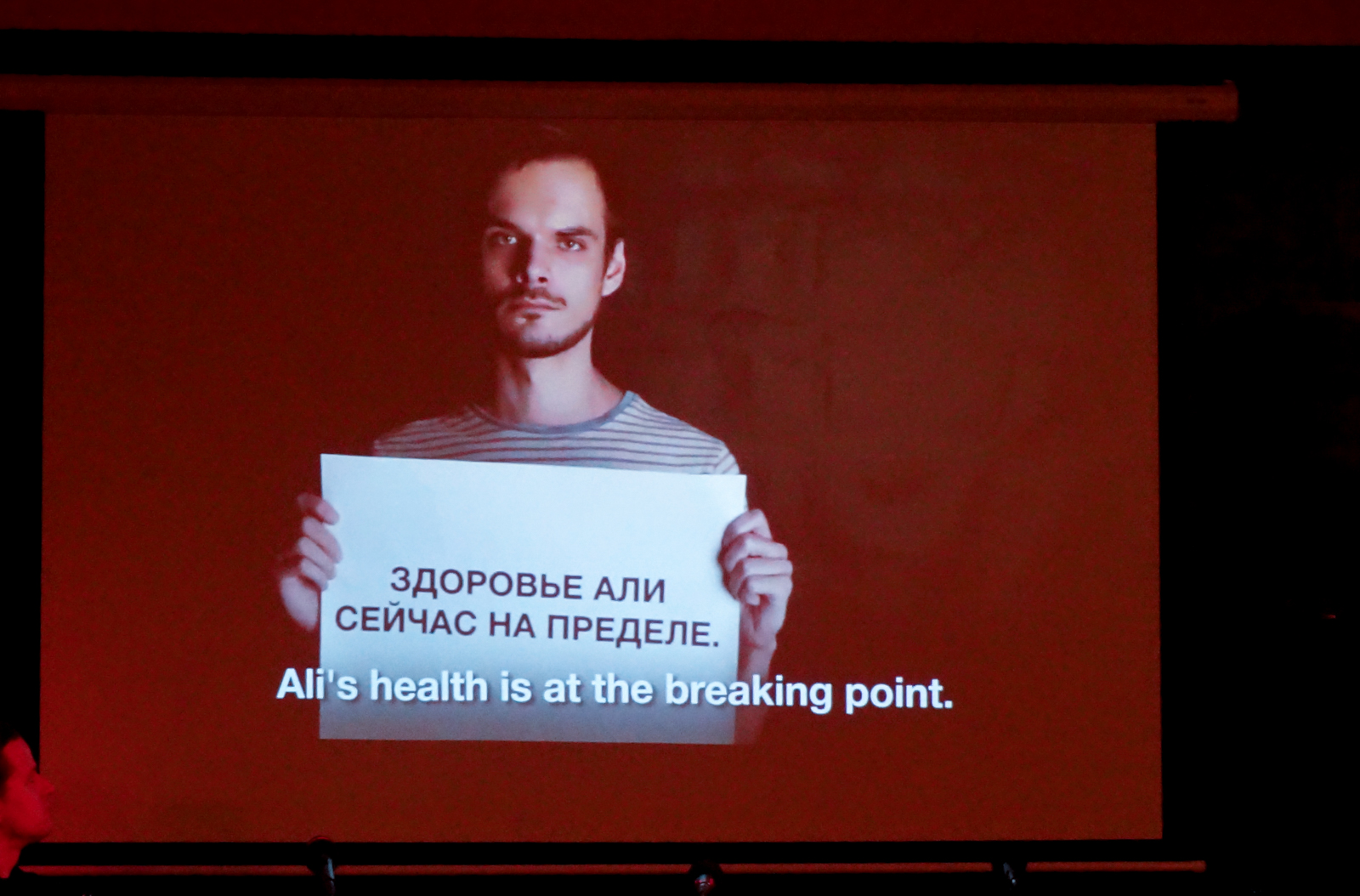 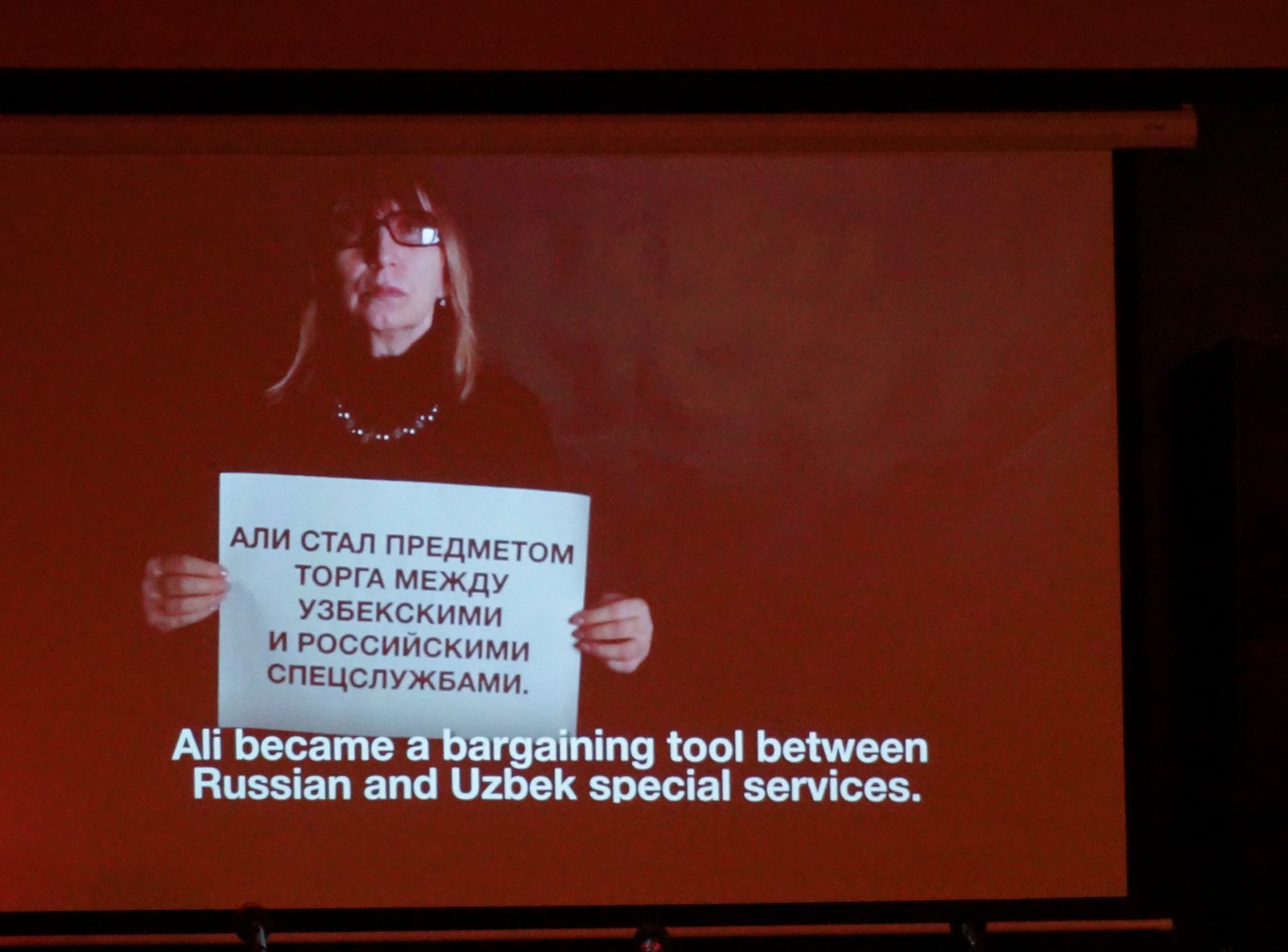