Activists are asking beer brand Budweiser to be wiser.

In the last few days, activists from the group Voices4, a group dedicated to raising awareness around the genocide of gay and bisexual men in Chechnya, have flooded Budweiser’s Instagram posts with the hashtag #PrideOverGenocide. The activists targeted the beer company because of its sponsorship of the World Cup — which sources tell me is a sports competition — in Russia, a country not known for its hospitality toward queer people.

On three separate Instagram posts, Voices4 was able to amass over 2,500 comments forcing Budweiser to wrestle with its support of the World Cup. 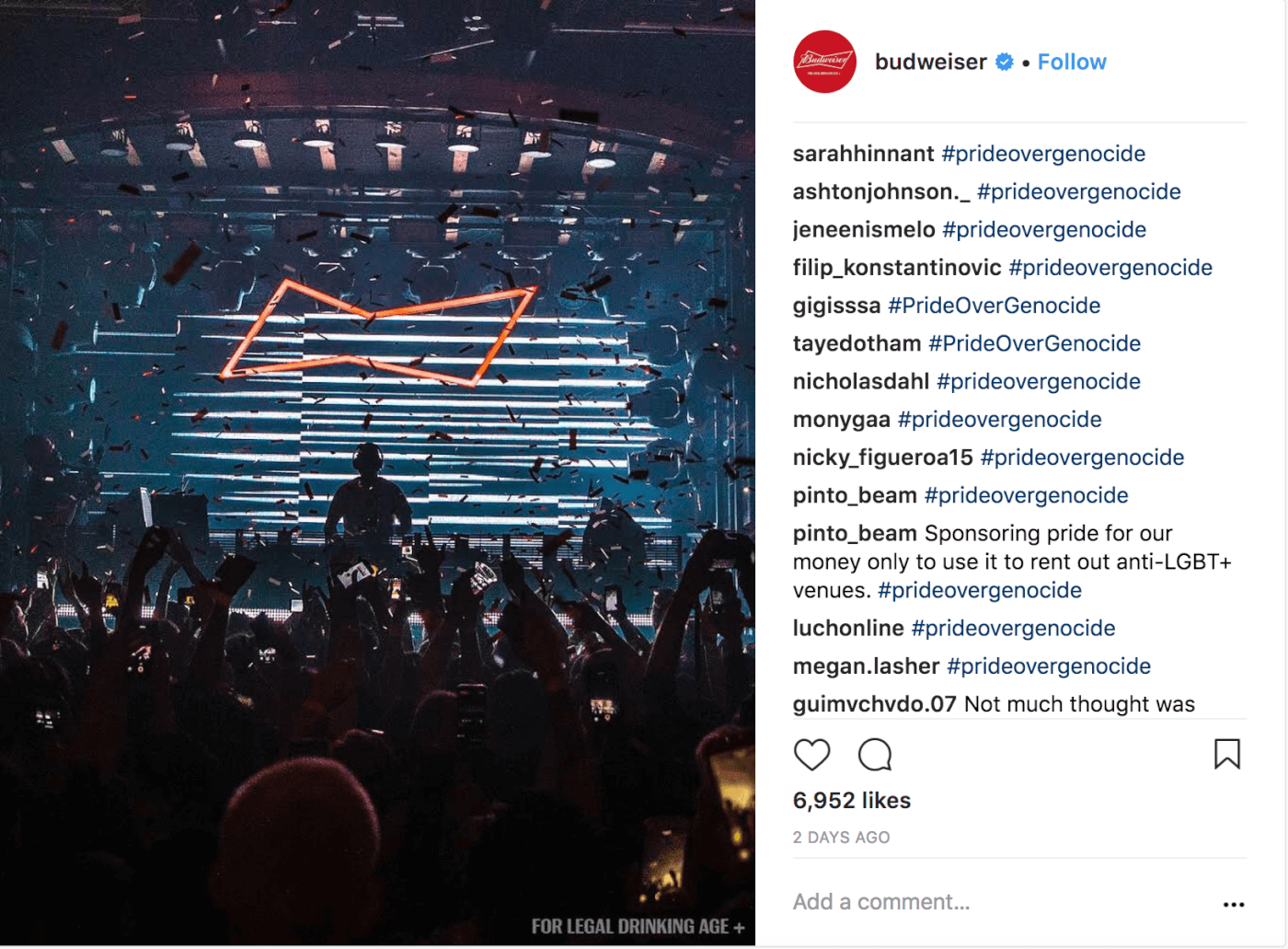 After posting a new image almost every day, the Budweiser Instagram hasn’t posted something new in 2 days.

“Including the LGBTQIA+ community in their advertising does not erase their craven decision to financially support a dangerous, homophobic regime.,” Elly Brinkley of Voices4 said in a statement. “The Budweiser brand can’t have it both ways, sponsoring our pride here in the United States and bolstering the economy of a country that openly persecutes us. It’s up to Bud to choose pride over genocide.”

INTO contacted Budweiser and will update when we hear back.

Russia is notorious for its anti-gay stances, especially its anti-propaganda laws, which are meant to stop anything “pro-gay” from being distributed in Russia. The laws have led to sites with information about HIV being shut down, as well. During the World Cup, an emergency hotline was built for LGBTQ people attending the sporting event. A safe space meant for LGBTQ fans was relocated after being forced to shut down, as well.