In South Africa, a country with 11 official languages, it has always fascinated me that we do not have a single respectful word to refer to the LGBTQ community, particularly in the African languages.

I was excited when I was invited to take part in the #FindNewWords initiative, which sought to find respectful terms/words for the LGBTQ community. The initiative hosted workshops across the country where members of the community were invited to help come up with new terms. I attended one of the workshops, where we were divided into groups and given a letter from the decahedron and had to come up with terms in our African languages to present to the rest of the people in attendance. The long overdue initiative was clearly targeting the black communities, as we currently do not have any endearing terms to describe LGBTQ people.

#FindNewWords emphasized the importance of language and how words can influence how people treat others, because some terms are used to hurt and ostracise. The initiative was founded in 2017 by Khanyi Mpumlwana and Nobantu Sibeko, who realized how difficult it was to have inclusive, representative and meaningful discourse when the only existing words add to the stigma and “othering” of LGBTQ communities.

“The existing words, such as istabane or imoffie (Zulu for ‘homosexual’), are insulting, violent and are based in ostracism and a culture of shaming,” says Mpumlwana. “In TshiVenda, for example, people are labeled as matula/matudzi (bad omen/something unacceptable). So we need to create or reclaim LGBTQQIAP+ identifying words and phrases in South Africa’s languages that are humanizing, instead of offensive.”

As a 28-year-old Xhosa cis gay man, I would not be able to “come out” in Xhosa, which is my home language. I would have to use the term “gay,” as it is the only non-offensive word that is used to describe us in South Africa. However, the problem is that it’s an English term and not one that exists in my language. This is the case with all the other African languages in South Africa such as Zulu, Sestwana, SeSotho, and TshiVenda, to mention but a few. 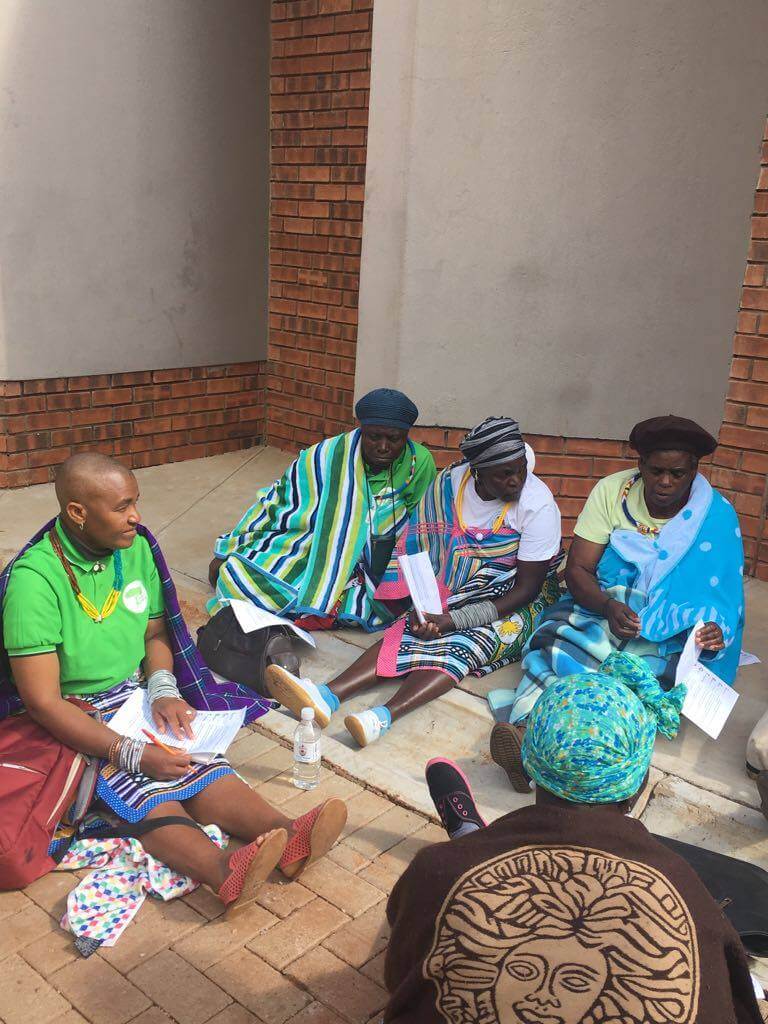 On October 7, the initiative aired a commercial for a fake washing powder called Scoop, which used the word istabane. They wanted to gauge if there would be a reaction from the nearly 10 million people who watched it, and the only reactions came from members of the LGBTQ community on social media.

“If this was something racist, the whole country would have been up in arms,” Mpumlwana says. “There might be sensitivities around istabane, but using it is not illegal. We want to change that.”

I was honored and privileged to be invited to take part in the response advert to the fake washing powder advert and to continue the conversation by encouraging people to visit the website to add more inclusive words for and by the LGBTQ community. This initiative is a first of its kind in Africa. Some countries still have bans on homosexuality, and in many places being LGBTQ could get you killed. It all starts with the derogatory terms that people feel comfortable to use.

“We need positive words in our own languages,” Mpumlwana says. “This will help in changing the narrative around what it means to be LGBTQQIAP+, and start to break the cycle of micro-aggression and prejudice that we experience every, single day.”