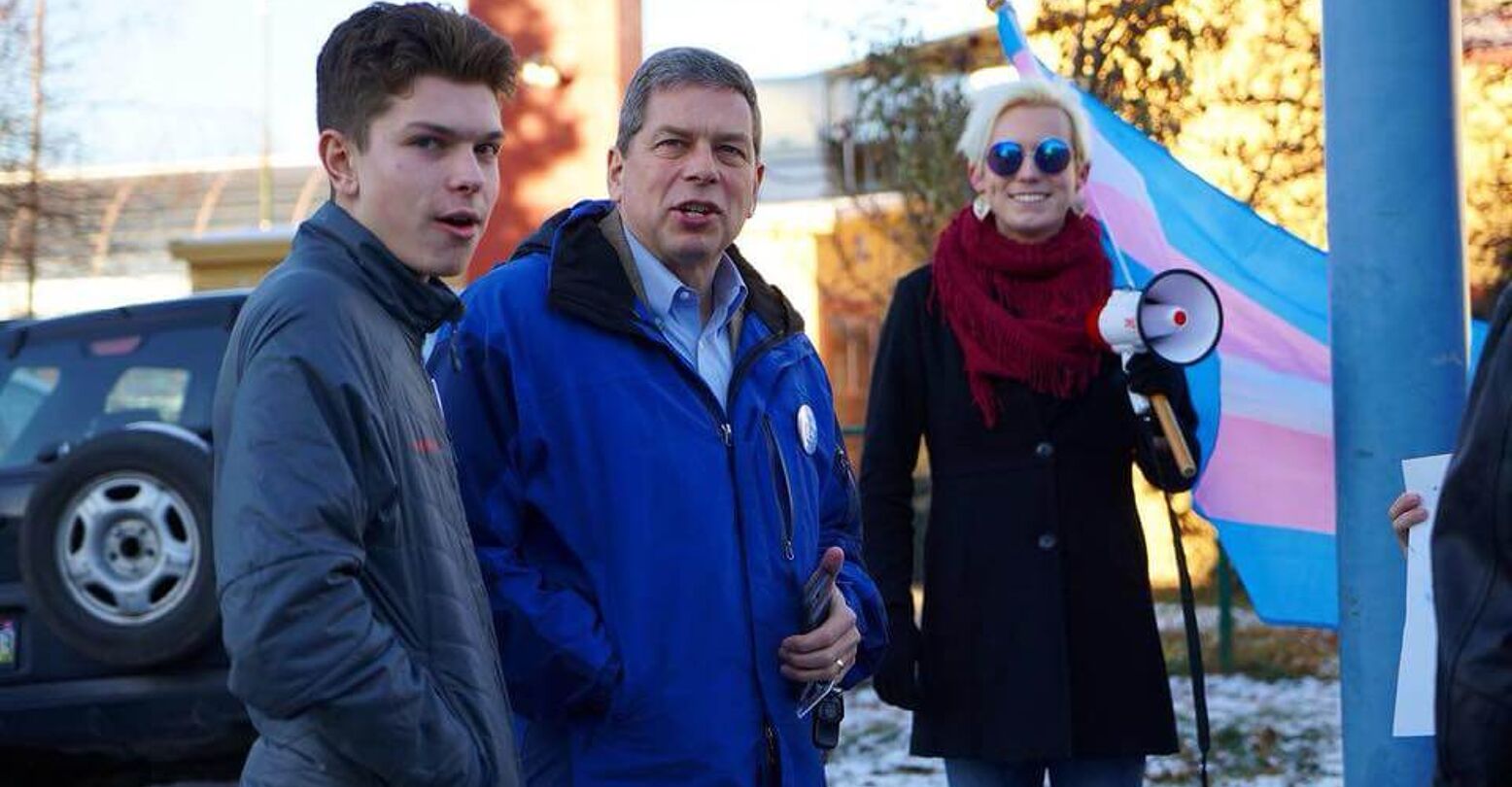 A rally in support of trans rights in Alaska had a surprise visitor on Sunday: gubernatorial candidate Mark Begich.

Just hours before voters began to cast their ballots in the 2018 midterms, the Democrat addressed members of the LGBTQ community who gathered in downtown Anchorage ahead of Transgender Awareness Week. Traditionally held during the second week of November, the yearly observance memorializes trans people who have lost their lives due to violence.

Approximately 70 people were on hand to hear him speak.

Lillian Lennon, who organized the rally through Trans Leadership Alaska, claimed Begich’s appearance was not planned.

“[The event] was pretty short notice,” Lennon told INTO over the phone. “It wasn’t very widely spread. It was just kind of spur-of-the-moment. Mark Begich was passing us in the car with his son, and he saw us rallying.”

Although Begich wasn’t available to comment prior to publication, spokesperson Nora Morse confirmed the candidate’s appearance. 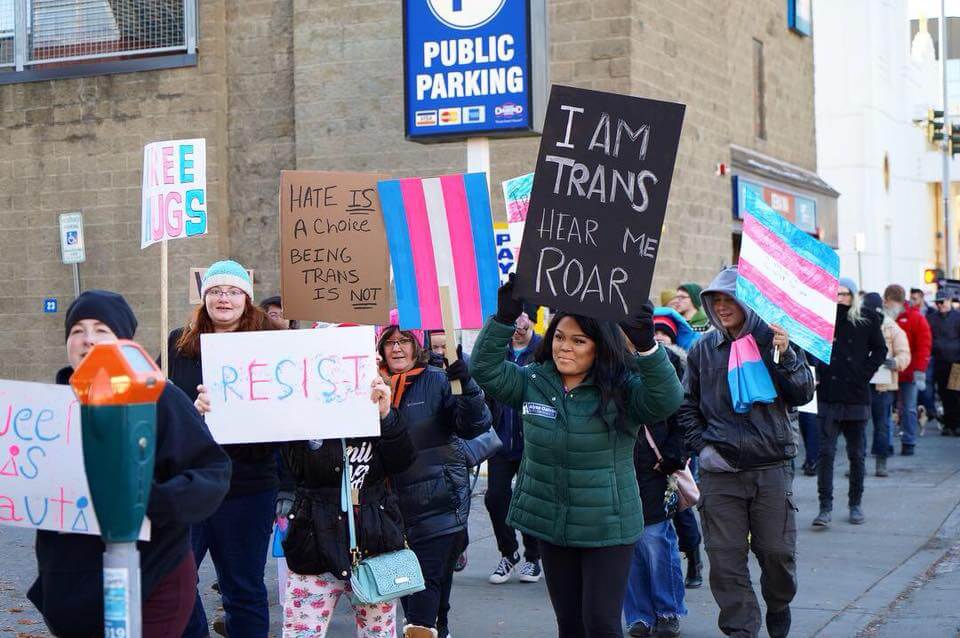 Morse told INTO that Begich is “running a campaign for all Alaskans.”

“That’s how he will govern,” his campaign manager said in a text message. “It was important for him to go to the Rally for Trans Equality to show his support for the LGBTQ community and [show] they will be heard and important to a Begich administration.”

Begich has a noted record of supporting LGBTQ rights as an elected official.

As a member of the Anchorage Assembly, the 56-year-old supported protections on the basis of sexual orientation in the city’s nondiscrimination ordinance. After being elected its mayor in 2003, he read a proclamation recognizing Anchorage’s 2008 PrideFest.

Begich came out in support of same-sex marriage in 2012, the same year President Obama famously “evolved” on marriage equality.

The self-described “oil-and-gas, gun-supporting” Democrat finds himself in a surprisingly tight race for the U.S. Senate in what is widely regarded as a conservative stronghold. Polls show Begich’s Republican opponent, Mike Dunleavy, leading by just one point in the final hours of the race—a statistical tie.

Begich’s chances were greatly boosted when incumbent Bill Walker, an independent, announced he would not be seeking reelection. After dropping out of the race, Walker endorsed his one-time rival.

Begich’s candidacy came at the right time for Alaska’s trans community. Last month, the New York Times reported the Department of Health and Human Services (HHS) is currently drafting a memo that would limit the federal definition of “sex” to one’s gender as assigned at birth.

That policy could be sent to the Department of Justice (DOJ) by the end of the year. 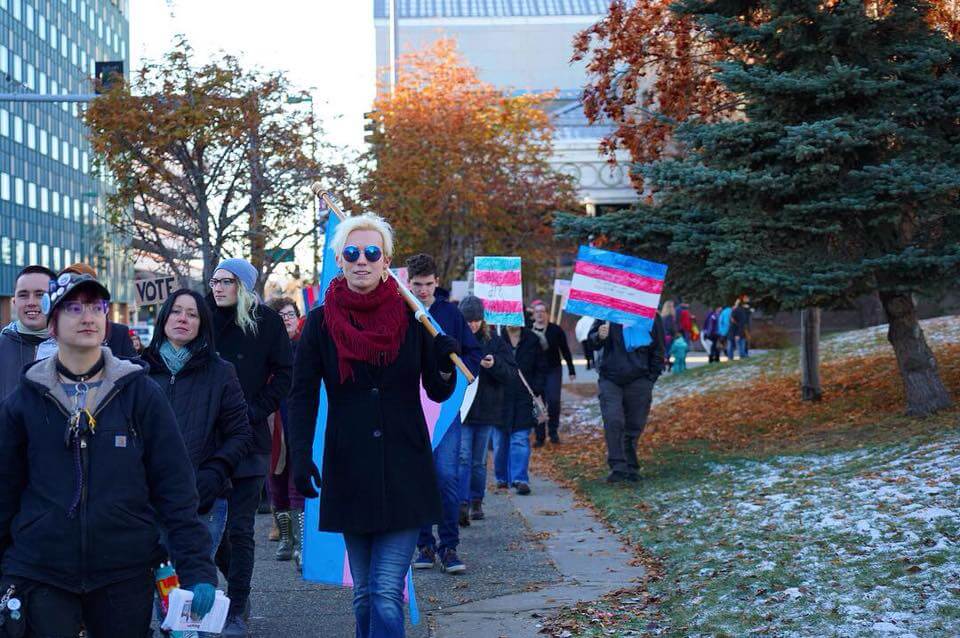 Lennon said that the event — which also included a march through Alaska’s largest city—was organized as a response to that memo.

“We really wanted to promote visibility and support within the trans community, so it was important to bring together the TGNC community and allies to say we’re here for you regardless of everything that’s happening,” Lennon claimed.

Attendees of the trans rights rally also voiced support for statewide protections on the basis of LGBTQ identity. Although an inclusive public accommodations bill has repeatedly stalled in the Republican-controlled legislature, it is likely to be reintroduced in the wake of Anchorage’s Prop. 1 vote.

In March, Anchorage voters became the first to take a stand in favor of trans rights at the ballot box.

Begich would be likely to cement those protections into law as governor. During his single term in U.S. Congress, he supported the Employment Non-Discrimination Act (ENDA), an LGBTQ civil rights bill which later morphed into the Equality Act.

On his website, he committed to furthering “equal rights for all Alaskans” if elected.

But LGBTQ voters likely won’t know if Begich will be their next governor for some time. In his successful run for the U.S. Senate ten years ago, the race wasn’t called for two weeks. Before absentee ballots were tallied, initial counts showed he trailed the late Ted Stevens by thousands of votes. 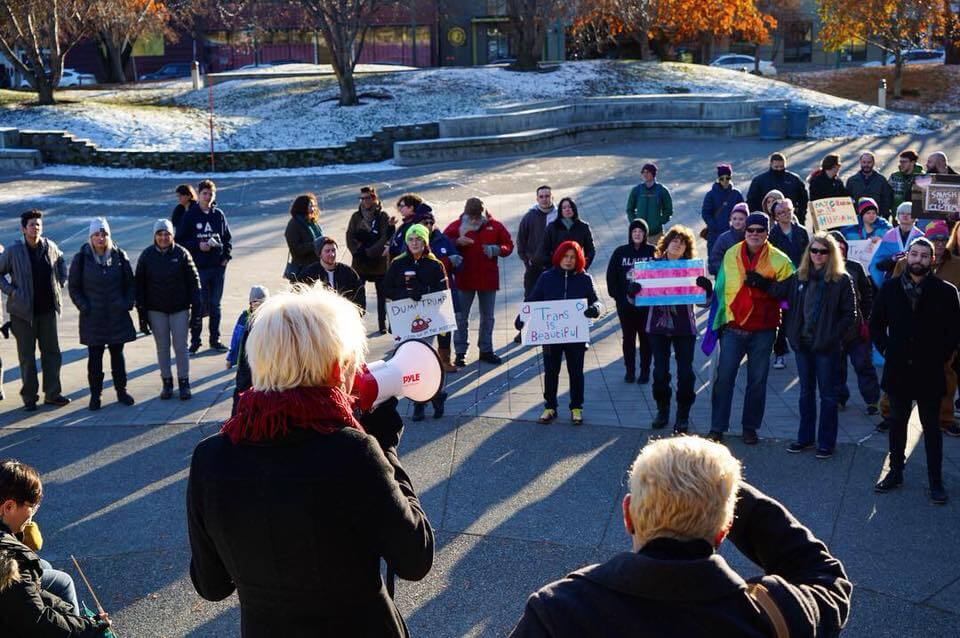 Lennon said the fact that Begich was willing to show up for trans people on Sunday bodes well for Alaska’s future, however.

“I think a lot of us were glad to see that a representative of ours was able to take time out of their busy campaign schedule,” she claimed. “It shows that this is something they care about. This is a community that they want to support and stand for.”