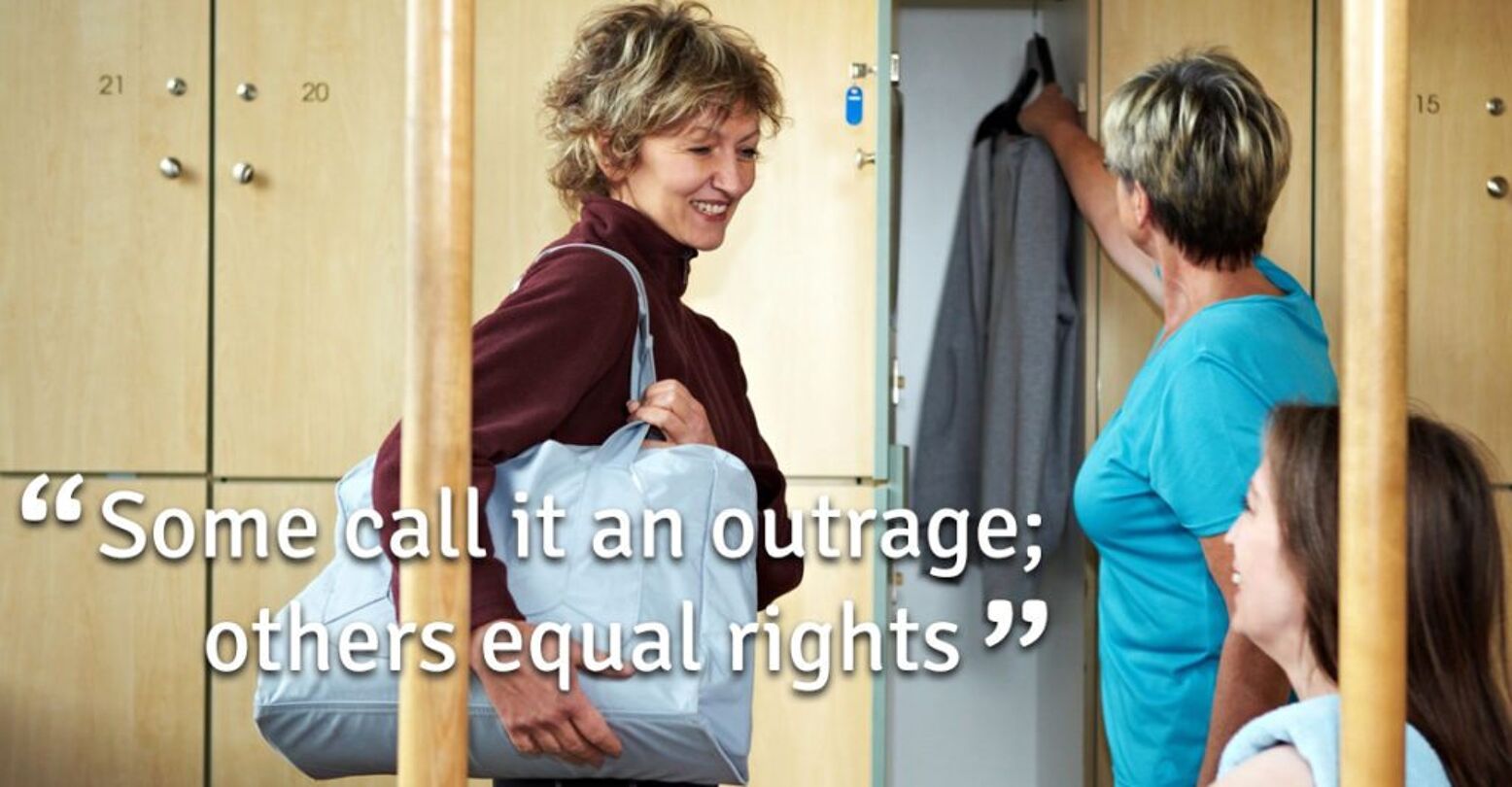 As Anchorage inches closer to a final vote on its anti-trans bathroom ordinance, the anti-LGBTQ group Alaska Family Council sent out an email on Friday to its supporters reminding them to mail in their ballots. Voting on Proposition 1, which would force transgender people to use the bathroom that corresponds with their original birth certificate, ends on Tuesday, April 4.

In a bizarre open letter comparing trans people to Nazis, a self-described “radical feminist” activist writing on behalf of the organization drops the “N-word.”

Kathleen Sloan, a former board member at the National Organization for Women, claims the movement for trans equality is “tyrannical” and “intolerant,” while alleging that transgender people are “brainwashing” the public into accepting them.

“The authoritarian transgender movement that has metastasized like a cancer was virtually non-existent until the 21st century,” she says. “Suddenly, laws are passing in cities and states all over the country that deny reality, science, biology, and genetics to demand that men be allowed to call themselves women and invade all personal, safe, and private spaces for females.”

Sloan claims policies which allow trans people to use public restrooms which correspond with their gender identitywhich have passed in more than 200 municipalities in the U.S.have declared an “open season on women.”

In fact, Sloan thinks that what’s happening in Alaska is a lot like Germany under the Third Reich. Anchorage passed a nondiscrimination ordinance in 2015 allowing trans people equal access in all public accommodationsincluding employment and housing. The city council voted 9 to 2 in favor of LGBTQ protections.

Sloan claims that law was “not about ‘inclusion’ but about indoctrination.” She warns: “Think Berlin 1933.”

But if likening transgender people to a political party that murdered six million Jewsas well as queer, trans, and gender nonconforming peopleweren’t enough, Sloan also manages to slip in a racial slur.

“I am not a Democrat,” she proclaims. “I am certainly not a Republican. I am not religious. I am not the T-word (‘terf’ trans exclusionary radical feminist) which should be as odious as the N-word (‘nigger’). I am a woman who cares passionately about the protection of the most vulnerable peoplefemalesin a patriarchal misogynist world where females of the species are forced to seek out spaces that are safe from violent male sexual predation.”

First coined in 2008 by writer Viv Smythe, “TERF” is a term frequently used to describe feminists who oppose the inclusion of trans women within the movement or women-only spaces. They believe that transgender people are the gender they were assigned at birth and do not view their identities as valid.

To wit: If an individual believes the “TERF” label is equivalent to a slur that has been tied to the dehumanization, marginalization, and killing of black Americans for centuries, it’s likely they are one.

The email is just the latest attack on the trans community as Anchorage voters make up their minds about Prop. 1.

In recent weeks, the “Yes on 1” campaign has released a series of advertisements warning of the dangers of trans inclusion. A video starring a woman named “Kate” describes an occasion where she was forced to share a locker room with a transgender person at a public pool. Another TV spot recalls an incident in which a trans woman was turned away from Downtown Hope Center, a homeless shelter in Anchorage.

No one was harmed in either instance.

Those videos, however, were widely criticized after their release for misleading voters. A report published by INTO revealed that Alaska Family Councilwhich is spearheading the “Yes” campaigndidn’t get permission from Hope Center before featuring them in the ad. It was published without the shelter’s knowledge.

INTO also uncovered the fact that “Kate” isn’t from Alaska. She lives in Minnesota, where she attempted to push an anti-trans bathroom bill in the state legislature.

Her interview was recycled from “Ask Me First,” a January 2017 campaign from the Colorado-based Family Policy Alliance. The series of videos also includes interviews with figures like Kara Dansky of the Women’s Liberation Front, a trans-exclusive radical feminist organization which the news site LGBTQ Nation claims is “fake” and a shill for right-wing anti-trans groups. Dansky’s interview is currently posted to the “Yes on 1” website.

True to form, Sloan isn’t from Alaska, either. The feminist activist lives in Connecticut.