According to Amtrak, out gay Portland State University student Aaron Salazar expressed a number of “life concerns and challenges” with other riders before he turned up in critical condition on May 15.

Salazar, 22, was traveling back to Portland from Denver after visiting family. He texted his grandmother to let her know he had a layover, said his cousin Sonia Trujillo. The text said he had made a friend on the train.

Shortly after, at 11:26 am on May 15, police in a California town between Portland and Denver responded to reports of an unconscious person laying near the railroad tracks. The Truckee Police Department determined that the passenger had been traveling on an Amtrak train.

Salazar suffered a brain stem injury, a neck injury, a broken pelvis, multiple burns on his legs and bruising on his ribs. He was rushed to the hospital.

“This kind soul who has never hurt anyone, and has only spread positivity and love was beaten and left by the railroad for dead,” Salazar’s cousin Austin Sailas wrote on a GoFundMe Appeal to raise money for his care. 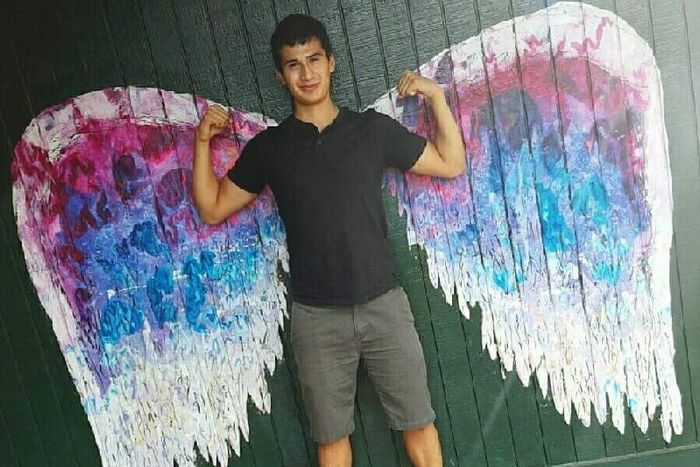 But Amtrak has been giving the media a different version of events.

“A fall from a moving train would cause significant injury,” the company wrote in a statement released to INTO.

The statement goes on to say that the company interviewed more than 300 customers, crew and friends and that they “encourage everyone to avoid speculation.”

“There is no evidence of a physical altercation occurring while Mr. Salazar was travelling on Amtrak,” Amtrak said in the statement.

Amtrak’s insinuation that Salazar tried to take his own life doesn’t sit well with his family. They think the gay college student was likely the victim of a hate crime.

“This kid did not jump out of a train like Amtrak was saying,” said Trujillo. “Somebody did this to him.”

Despite his bodily injuries, his clothing was not damaged, Trujillo said.

“I saw his injuries firsthand,” Trujillo said. “To me it looked like he had been beaten up, not somebody that was wanting to jump off the train. It looks like he was beaten and somebody burned him. At this point we don’t think Amtrak is capable of handling a case of this magnitude.” 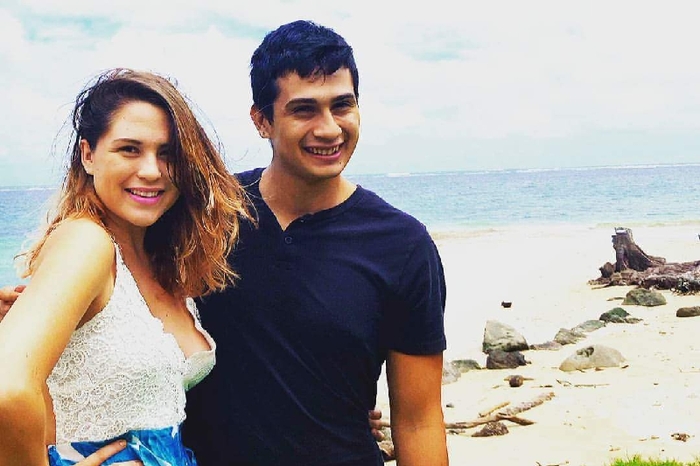 In 2012, 26-year-old Robin Putnam went missing on a Colorado-bound train from California. Three years later, his remains were found in Elko County, Nev.

According to the news site ThisIsReno.com and other media reports, his family is still seeking answers from Amtrak six years later.

“They tried to blame it on suicide, just like with Aaron,” Robin Putnam’s mom Cindy said. “We originally thought it might be a hate crime. He’s not gay but he is a very classy guy, he looks like he’s from a wealthy family.”

According to a Truckee Police Department statement, the investigation has been turned over to Amtrak Police. Trujillo says her family wants the FBI to step in.

Oregon’s Congressional delegation is pushing Amtrak to investigate the matter as a possible hate crime. In joint letter to Amtrak CEO Richard Anderson Reps. Earl Blumenauer, Peter DeFazio, Kurt Schrader, and Suzanne Bonamici and Sens. Ron Wyden and Jeff Merkley, urged the company to use all of their available resources to investigate.

“The timing of this incident happens just one year after a white supremacist began harassing two women of color on Portland transit,” the letter states. “We expect a full report on the investigation of this crime, to our federal delegation and to Aaron’s family.”

Salazar remains hospitalized and in a coma. He is breathing on his own.

“We’re praying and hoping that he comes out,” Trujillo said.