A right-wing extremist will face off against America’s only LGBTQ Senator following a stunning upset in the Wisconsin primary races.

State Sen. Leah Vukmir squeaked by former Marine Kevin Nicholson in an extremely competitive race for the GOP nomination. Vukmir, who received the official endorsement of the state’s Republican Party, won by a stunning six-point margin in the Senate contest: 49 percent to 43 percent.

Although 73 percent of delegates supported Vukmir at the Wisconsin Republican Convention in May, Nicholson was once considered the frontrunner in an unpredictable primary. Conservative megadonor Richard Uihlein dumped as much as $17 million into a campaign to elect the political newcomer — a sum the Center for Responsive Politics called “unprecedented.”

With 100 percent of precincts reporting, Vukmir is set to face off against lesbian incumbent Tammy Baldwin. After becoming the first LGBTQ person elected to the House of Representatives in 1999, she repeated history in 2013 by becoming the first out U.S. Senator.

Advocacy groups noted that the differences between the two candidates couldn’t be more diametric: Baldwin has spent her career fighting for LGBTQ equality, and they say Vukmir opposes it.

“Leah Vukmir has no place in the United States Senate,” claimed Human Rights Campaign Wisconsin State Manager Wendy Strout in a statement. “She has consistently worked to undermine LGBTQ equality, and built a disturbing record that demonstrates a long-standing hostility to some of Wisconsin’s most marginalized and vulnerable communities.”

“Wisconsinites will not stand for a candidate who is a threat to our progress and the values we hold dear,” Strout continued.

Although LGBTQ issues largely went unaddressed in the Republican primary, Vukmir reportedly has a staunch record of opposing queer and trans rights. The 60-year-old, who has served in the Wisconsin Legislature for 15 years, fought against anti-bullying protections for LGBTQ youth and opposes marriage equality. 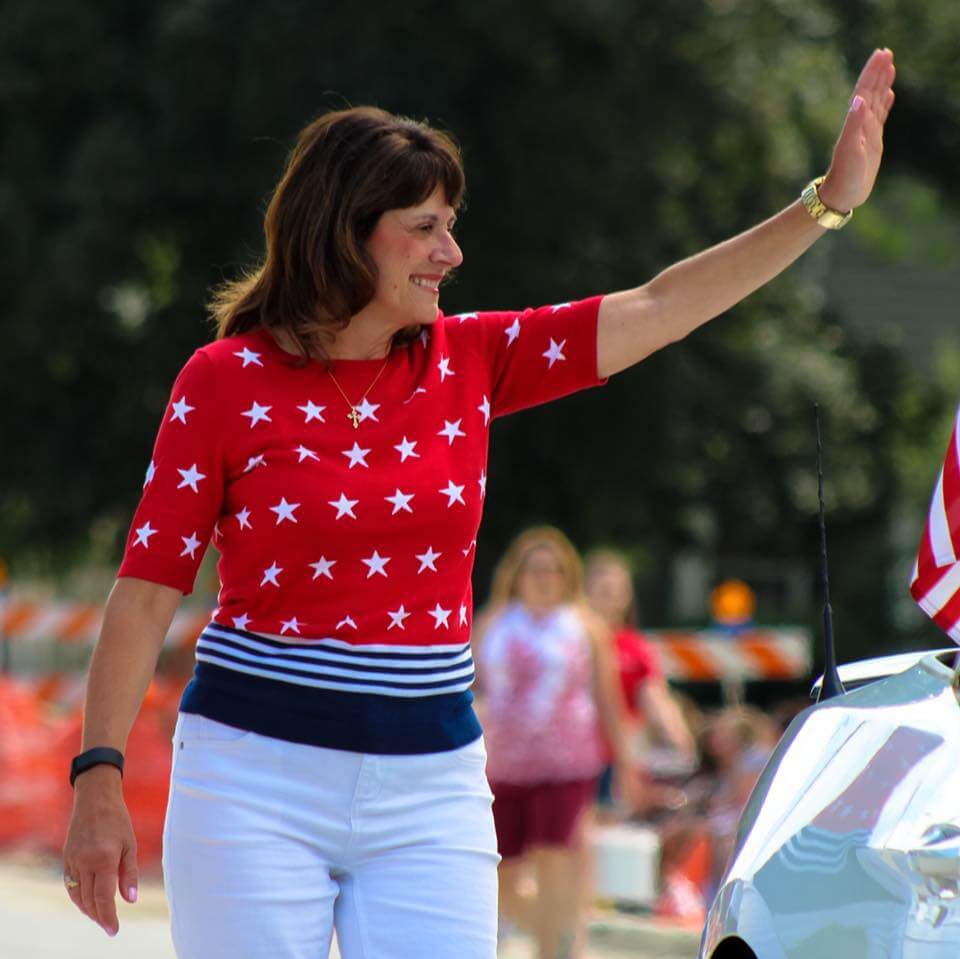 Meanwhile, FRC President Tony Perkins — a key Trump advisor — believes gay men are more likely to be pedophiles and that LGBTQ activists want to force people of faith into concentration camps. He once called the “It Gets Better” project “disgusting.”

Advocates say a politician with Vukmir’s connections to anti-LGBTQ hate must not be allowed to represent Wisconsin in the Senate.

“Wisconsin voters will have a stark choice come November: reelect Senator Tammy Baldwin, the first openly LGBTQ U.S. Senator, or elect an extremist anti-LGBTQ politician who prides herself on the divisiveness that makes Congress so unpopular,” said LGBTQ Victory Fund President and CEO Annise Parker in a statement.

Thus far, Vukmir has yet to bring up her opponent’s sexual orientation on the campaign trail. She did, however, accuse Baldwin of supporting terrorists after the Senator opposed CIA Director Gina Haspel’s nomination.

Claiming Baldwin is on “Team Terrorists,” Vukmir alleged she wants to give violent extremists “hugs and safe spaces” and refuses to “ensure Americans are kept safe.”