When it comes to advancing LGBTQ equality at Christian colleges and universities, activist Erin Green knows that change can take years, even decades. For more than four years, she’s been working at the forefront of this issue on campuses across southern California, and she’s learned that when doing work on a timeline this long, the big success stories are few and far between.

But in August, Green got one of those rare, big wins.

After a year of behind-the-scenes meetings with LGBTQ students and advocacy organizations, Azusa Pacific University, an evangelical college in southern California with over 10,000 students, has agreed to remove language banning same-sex relationships from their student conduct policy. This policy change effectively means LGB students will be treated the same as their straight peers when they begin dating someone. In addition, the university has agreed to open up an LGBTQ student center on campus that will be staffed by LGBTQ students and provide resources to the campus community. 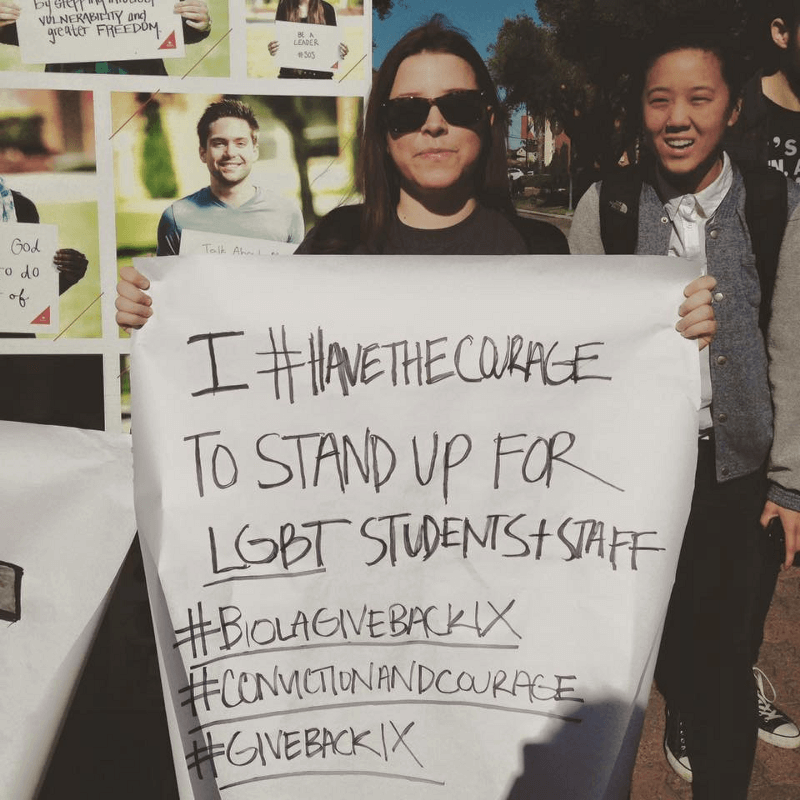 Green attributed this change to a good-faith effort on the part of the administration to understand the struggles of its LGBTQ students.

“Key people in administration were reaching out to LGBTQ organizations like Equality California… and entities like that on their own, and not for the purpose of exploiting them or to make themselves look like a loving university,” she tells INTO.  “They were inviting controversial people – and I would consider myself to be controversial because I don’t agree with the church’s traditional view of marriage – to be a part of these conversations and to be fully transparent about the way we felt, the way it hurt, the way we were ignored and marginalized.”

Green also argued that since Azusa Pacific University could not ensure its straight students were not having sex, additional restrictions against homosexual students on acts like hand-holding, kissing and dating created a double standard that could harm LGBTQ students.

“At the end of the day, this was not a theological argument. That was not what the drafting of this policy was about,” Green says.

After a year of meetings and protests, the stories from students got through to the leaders of the university.

“Key people in administration, the decision makers at the top, admitted that this clause was triggering, that it was discriminatory, that it was unnecessary, that it was harmful to the overall environment on campus,” Green says.

Azusa Pacific University hasn’t always been open to conversation. In 2013, the university dismissed theology professor Adam Ackley after he came out as transgender, and in 2014, a gay student found a homophobic note pinned to his door during the first week of school. As recently as last fall, Green organized a rally in support of a gay campus cook who alleged the campus covered up the verbal and physical abuse and intimidation he faced in the workplace.

And of course, even with this change, the campus isn’t ready to wave the rainbow flag and risk losing donors.

“Azusa Pacific won’t necessarily own up to the way we [LGBTQ people] would celebrate this change,” Green says. “However, that’s a part of the negotiation process. They’re going to try and save as much face with their conservative constituents as possible.”

Indeed, when asked for comment, a representative of Azusa Pacific downplayed the LGBTQ-inclusive nature of these changes.

“Changes resulted from ongoing conversations with the board and students,” they said in a statement. “The university remains anchored to a biblical definition of marriage as noted in our Statement on Human Sexuality: Identity Statements. We hold all students to the same standards of fidelity to abstinence and accountability outside the context of marriage. These behavioral expectations provide guidelines for holy living.”

Because of this, Green wants to make sure as many people as possible know about this policy change so that if Azusa’s leadership attempts to renege on these steps later, they will meet resistance.

“Since the school has committed to this, and we know why they’ve committed to this, there has to be some level of accountability. We can’t just have a situation in the negotiation process where the school says, ‘Okay, look what we’ve done, we can wipe our hands off and walk away.’ No. We won’t allow that,” she tells INTO. “There’s still so much more to be done for the transgender community and queer people of color.” 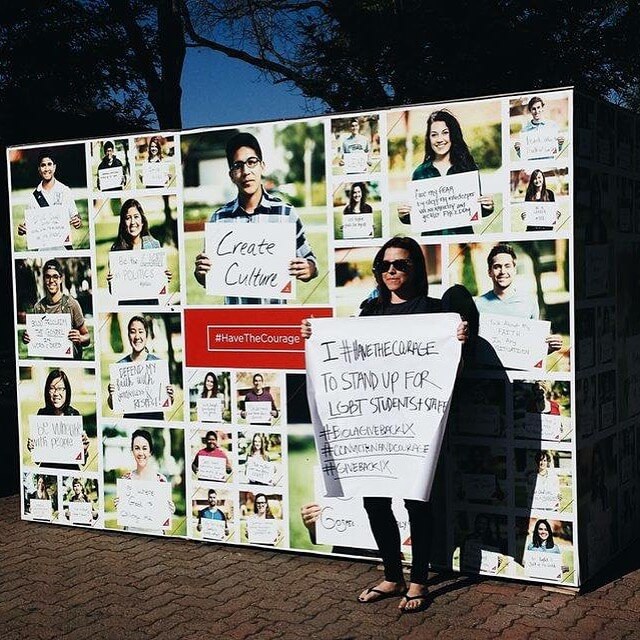 Green stresses that each Christian college faces unique obstacles on the road to LGBTQ inclusion.

“If you have an underground LGBTQ group at a school like Liberty [University in Lynchburg, Virginia], the needs of those queer students would look much different than the immediate needs of students at APU who now have all these resources,” she says.

However, Green’s work provides a general path for student activists across the country. She stresses that before negotiating with the administration or planning a protest, organizers must start by simply addressing the basic needs of LGBTQ students by helping them feel safe. This can take the form of a student support group that meets off campus, access to a church that affirms LGBTQ people, or accessing therapy for students.

“After addressing that basic need, we move toward a strategy and a plan going forward for different ways to shake things up a bit,” she says.

In another example, Westmont College in Santa Barbara, California quietly removed its anti-LGBTQ behavioral policy, though didn’t replace it with any positive affirmation of LGBTQ students. All across the country, students are challenging their campuses in similar efforts.

“You don’t realize the power of the spoken voice, the power of being open on social media,” Green says. “Other people will notice, and they’re listening. Even if they don’t say anything right away, you’re changing hearts and minds.”

Green’s continuing her work through a new organization, Brave Commons, which will partner with minority students on evangelical campuses to effect change. And today, that seems more necessary than ever. There’s no denying that right-wing Christians have lined up behind the discriminatory and violent actions of the Trump administration: as recently as April, 75 percent of white evangelicals supported the President. Many of the officials, policy-makers, and advisers doing the most harm against LGBTQ people, including Mike Pence, Ted Cruz, and Jeff Sessions, went to a Christian high school, college or university – and these institutions continue to churn out viciously conservative leaders in every industry.

Because of this, Green sees the issue of LGBTQ acceptance at Christian colleges as one of the most important.

“Seventy percent of Americans identify with some sort of Christian tradition,” she says. “A very high percentage of those Christians are anti-LGBTQ. That’s a large part of the cultural climate that we’re seeing in America… If you’re not on board with the Trump administration or Christian nationalism, then look no further than queer students on Christian campuses and support us. We are coming out of this academic environment and teaching others and changing them. You need more of us!”