According to the Georgia Voice, the state’s LGBTQ newspaper, Tee Tee Dangerfield, 32, was shot multiple times in her car outside the South Hampton Estates apartment complex in Atlanta, Georgia. Major Lance Patterson of the college Park Police Department confirmed the death to the Voice. Patterson said that College Park Fire Rescue took Dangerfield to Grady Memorial Hospital, where she died.

Currently, police are unsure if Dangerfield’s gender identity played a direct role in her death and are still investigating. “At this time we don’t have anything that’s telling us that, but we’re not ruling out any possible motive,” Patterson said.

But no matter the motivation, her death is the 16th reported instance of a transgender person being killed in 2017 — with 13 those killed being transgender women of color. 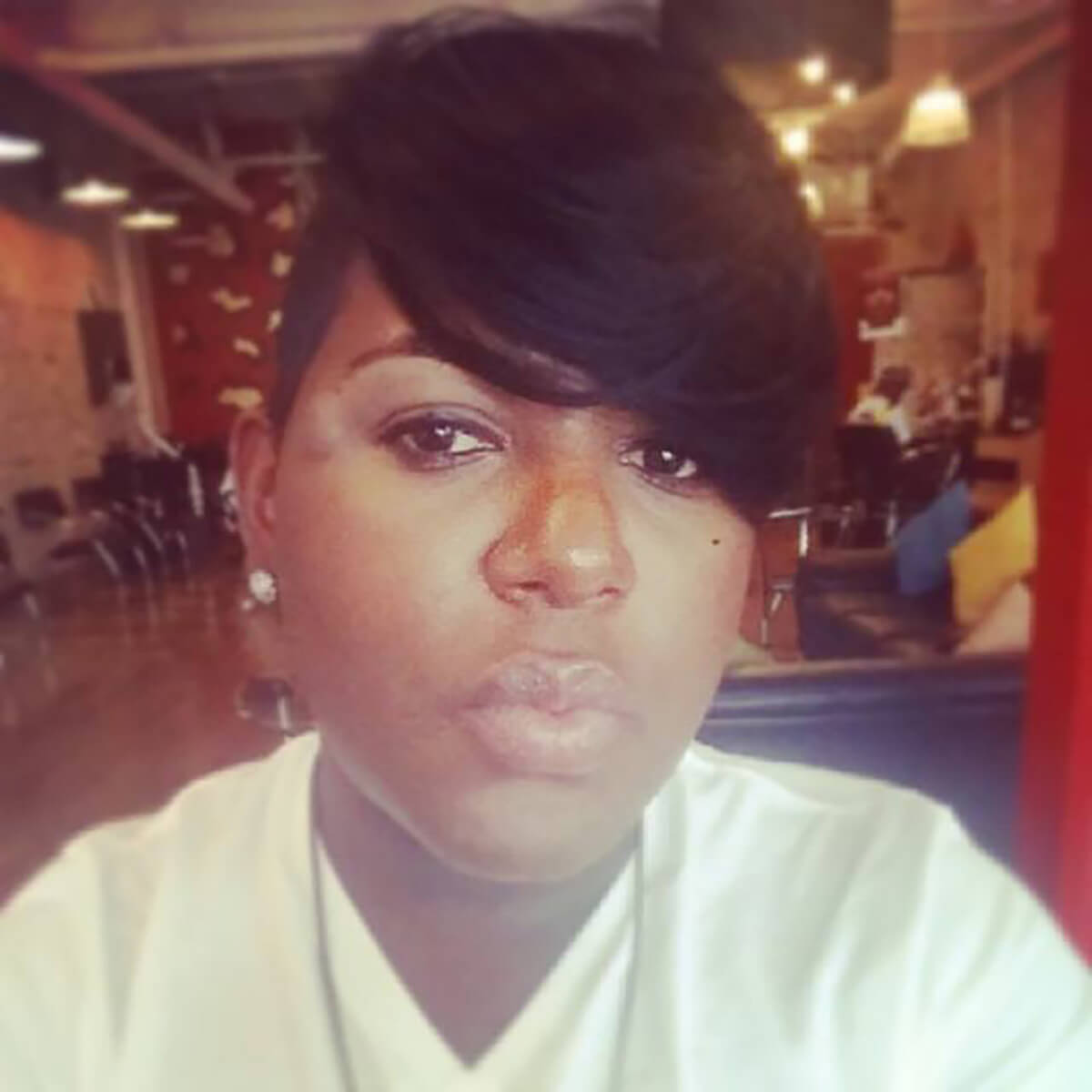 Vaughn Alvarez, 30, a friend of Dangerfield’s, said that she had an “infectious” energy that made her very popular. The two met six years ago when Dangerfield and Alvarez occupied the same apartment complex in Midtown Atlanta. They shared a bottle of wine by their building’s pool.

Alvarez, who was from the suburbs before moving to Atlanta, was new to the gay scene and Dangerfield, who had not yet transitioned and was presenting male, took Alvarez under her wing.

“It was just sort of a natural friendship,” Alvarez said in a phone interview. “She taught me things, how to deal with relationships with boys, with gay friendships — with your girlfriends.”

Dangerfield’s death happened less than a week after Donald Trump announced on Twitter that transgender individuals would be banned from participating in the United States military. Also a few days prior, comedian Lil Duval declared on “The Breakfast Club,” a radio program, that he would murder a transgender woman who did not disclose her gender identity to him before sexual intercourse. The radio program had hosted transgender public figure Janet Mock only days prior in support of her book Surpassing Certainty, which “Breakfast Club” host Angela Yee was reading as part of her book club.

Several prominent members of the transgender community, including Raquel Willis, who spoke at the Women’s March on DC, pointed out the proximity between Lil Duval’s comments and Dangerfield’s death. 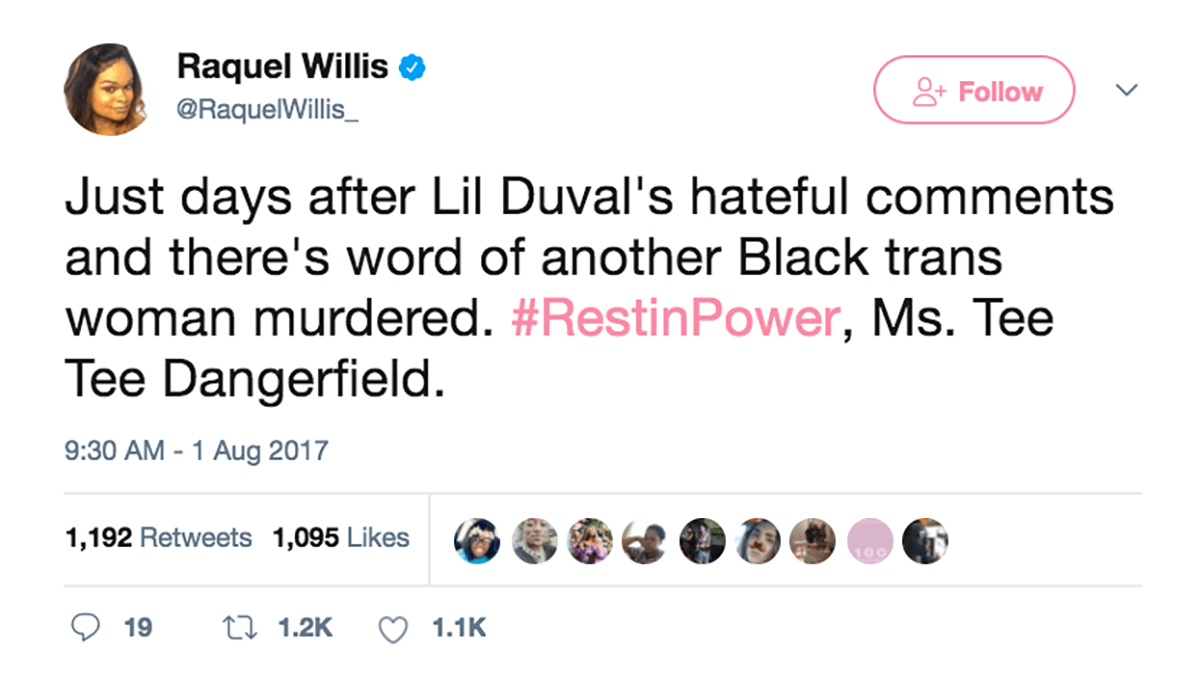 Dangerfield’s friends and family also remembered her on Facebook.

“I was blessed to know you and to have you in my life,” one person wrote. “To hear you were killed breaks my heart.”

Alvarez said Dangerfield had a unique style that often included elaborate hairstyles and an accessory, like a beret. Their friendship also revolved around Sundays spent at the the Vision Cathedral of Atlanta, an LGBT-friendly congregation where Dangerfield sang in the choir.

“I loved to see her worship,” Alvarez said. “Because it was very authentic, it was very real. She really loved God with all her heart.”

Sundays after church, they’d usually hang out and eat a meal together, but that routine was interrupted when Dangerfield got a job at Jackson International Airport.

The times she was able to attend, everyone loved to see her, according to Alvarez.

“You just never knew what you were going to get with her,” Alvarez said. “A lot of people aren’t authentic to who they are. People gravitated to her because that’s what they wanted to be. We want to be ourselves but we’re all scared.”