It’s a shaping up to be a good year for LGBTQ candidates in Texas.

At least 15 candidates won their respective races in the Lone Star State’s primary elections, as the Dallas Voice reports. Four of the nine hopefuls who contended for seats in the U.S. House of Representatives came out victorious on March 6. Iraq War veteran Gina Ortiz Jones moved one step closer to being Congress’ first out woman of color by winning the primary race for Texas’ 23rd Congressional District. 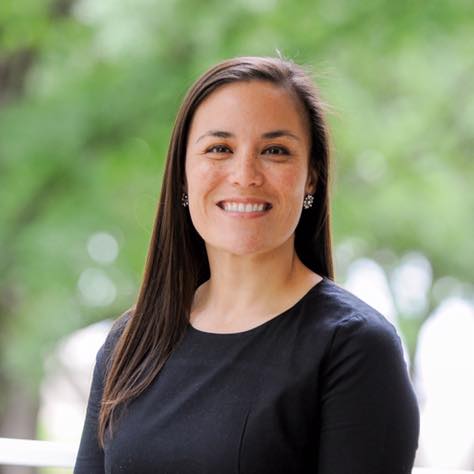 The former Air Force intelligence officer spoke to INTO in January about serving in the military under “Don’t Ask, Don’t Tell,” as well working in the U.S. Trade Representative offices under President Obama and briefly under President Trump. Jones believes her candidacy is important in opening the door for those who come after her.

“I’d be honored to be Texas’ first out member of Congress, but it’s more important that I’m not the last,” she said in a phone conversation.

Other winners included Lorie Burch, an attorney who runs her own law practice in Plano; Mary Wilson, a math teacher-turned-minister; and Eric Holguin, former public affairs liaison for the New York City comptroller. They will contend in Texas’ 3rd, 21st, and 27th Congressional Districts, respectively. Each of those seats are currently held by Republicans.

Of candidates for the Texas Legislature, 11 will face off in the November general election. Three advanced in the Texas House races and eight moved forward in the Senate.

Another Plano resident, Mark Phariss, squeaked by in Texas’ District 8. Winning by just 600 votes, he beat challenger Brian Chaput by a margin of 51 percent to 49 percent. Phariss, a business lawyer who has worked for three decades, had been endorsed by the Dallas Morning News, Equality Texas, and Human Rights Campaign, which put out a statement following his down-to-the-wire victory. 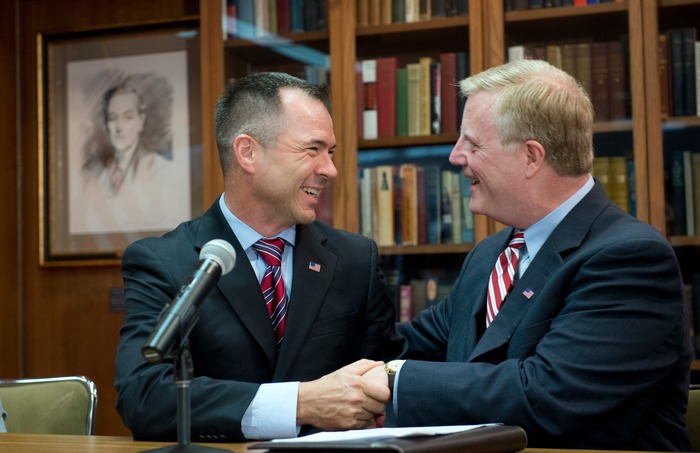 Phariss made national news in 2013 when he and his partner, Vic Holmes, filed a successful lawsuit to overturn Texas’ prohibition of same-sex marriage. If elected, he would be the first openly gay man to hold a seat in the upper house of the Texas Legislature.

In a conversation with INTO the day after his primary victory, Phariss claimed the historic nature of his candidacy was less important than getting Texas back on track after a year dominated by a discriminatory bathroom bill. If passed, Senate Bill 6 would have prevented transgender people from using public restrooms which match their gender identity.

Supporters said the legislation was necessary to protect women and children in bathroom facilities. But given there are no verified cases of a trans person harming someone else in a public restroom, critics argued it was a solution in search of a problem.

Phariss said he “did [his] homework” on the real issues that Texans face.

“After I decided to run, I spent weeks becoming more knowledgeable and researching every issue I can to ensure that the recommendations I make for solving our problems are, in fact, real solutions,” he told INTO over the phone.

The 58-year-old will now face off against Angela Paxton. She is considered the heavy favorite to win in a staunchly conservative area.

District 8 hasn’t had a Democratic candidate in six years. The last time a Democrat ran was all the way back in 2012, when Jack Ternan faced off against Paxton’s husband, current Texas Attorney General Ken Paxton. Tiernan lost the race by almost 30 points.

Phariss will be joined in the race for the Texas Senate by David Romero, who ran unopposed in District 7. Fran Watson, a black lesbian attorney who lives in Houston, will face off against challenger Rita Lucido in a runoff election on May 22. Watson came in second behind Lucido in the Democratic primaries, finishing with 35 percent of the vote. 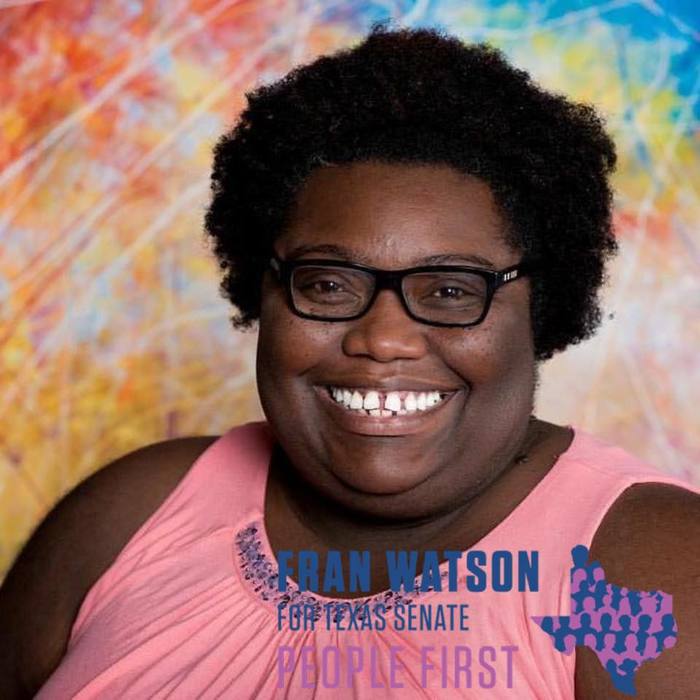 Of the eight LGBTQ candidates who won their races for the Texas House, a majority ran unopposed. Incumbents Celia Israel and Mary Gonzalez will be joined in the general election race by Armando Gamboa, Sam Hatton, Finnigan Jones, and Stephanie Phillips.

Meanwhile, Jessica Gonzalez and Julie Johnson both snowed their opponents by extremely wide margins in the March primaries. Gonzalez, a progressive lawyer running in District 104, ousted incumbent Roberto Alonzo, who had held his seat for 25 years. The 37-year-old won with a decisive 62 percent of the overall vote.

But perhaps the most pivotal contest in the November general elections is also the biggest: Lupe Valdez, the first openly lesbian and Latina sheriff in Dallas, could be set to take on Gov. Greg Abbott after finishing first in the primary race. Valdez finished 15 points ahead of Andrew White but did not win enough votes to prevent a runoff.

Jeffrey Payne, a Hurricane Katrina survivor and owner of the Dallas Eagle, finished with 4.8 percent of the vote. The total was good enough for fifth place.

Should she defeat White in the May runoffs, it remains to be seen whether the well-liked sheriff can outlast Abbott in the general elections. Abbott is one of the nation’s most popular governors. A January 2018 poll from Morning Consult put him in ninth behind folks like Massachusetts’ Charlie Baker and Alabama’s Kay Ivey, both conservatives.

Fifty-nine percent of Texans say they approve the job Abbott has done as governor.

The Republican has also outraised Valdez by a considerable margin. The Democrat got a late start fundraising, waiting until December to start stumping for donations. Meanwhile, Abbott “has amassed a $43.3 million war chest,” as the Texas Tribune reports.

Despite the odds, Valdez performed extraordinarily during the primaries well in many of the districts that will be key to a general election upset. She swept Southwest Texas, winning by as many as 40 points in some counties. The former law enforcement official, who served as sheriff for 12 years, also won nearly every major city in the state, including Amarillo, Austin, Corpus Christi, Dallas, El Paso, Fort Worth, and San Antonio. Only Houston went for White.

Valdez believes it’s these voters who will carry her to victory in November.

“This is not the same Texas that [Abbott] took four years ago,” she recently told Vox. “This is a different Texas. Change is coming. I want to be the change-maker.”

At least 48 LGBTQ Texans have announced their intention to run for office in 2018.