In March of 1995, John Lotter was convicted on three counts of murder and sentenced to death in the state of Nebraska. Most notably, he was convicted of first degree murder in the case of Brandon Teena, a 21-year-old trans man whose murder made national headlines and eventually turned into an Oscar-winning feature film, Boys Don’t Cry.

Now, 22 years later, Lotter’s attorneys are continuing to appeal his sentence, and are now asking that he be ruled ineligible based on his low IQ.

The Lincoln-Journal Star reports that Rebecca Woodman of the Death Penalty Litigation Clinic in Kansas City, Missouri filed a post-conviction motion last week alleging that Lotter’s IQ score of 67 is below Nebraska’s required 70 for someone to be considered an intellectually intelligent adult.

Neuropsychologist Dr. Ricardo Weinstein of Encitas, Calif. determined Lotter’s IQ based on his review of “trial and school records, and interviewing Lotter’s mother, foster mother and a psychiatrist who worked with him as a child.”

In the past, Weinstein has consulted on many death penalty cases where, more often than not, he has been hired by the defense and found the person in question to be “mentally retarded.” Such was the case in Colorado, where Douglas County District Court Judge Paul King found Dr. Weinstein to be “bias in his conclusion” that a man, Jose Rubi-Nava, convicted of murdering his girlfriend was “mentally retarded.” He has found similar “mental retardation” findings for cases in Louisiana, Virginia, Arkansas, Ohio, Florida, and Nevada. A 2007 case in Missouri had the court questioning his qualifications, saying they found “fundamental flaws in Weinstein’s reasoning and methodology undermine his conclusions about [an alleged murderer’s] mental status and make his testimony unreliable.” That case was of Abelardo Arboleda Ortiz, whose death sentence was commuted into life in prison without the possibility of parole by President Obama.

In one Illinois case, the State argued that Weinstein’s being paid $20,000 by the defense should be considered in closing arguments.

Should Richardson County District Judge Vicky Johnson grant an evidentiary hearing in order to reconsider Lotter’s sentence, the state could bring in their own experts to contest Weinstein’s findings. In February of 2017, Lotter’s attorneys brought a challenge against against Nebraska’s method for determining death sentences to The Supreme Court, where U.S. District Judge Richard Kopf dismissed it as “meritless and, perhaps, even frivolous” and called it a poor attempt at a “hail mary.” In Nebraska, juries decide a defendant’s guilt in capital cases, and then in a separate trial, the same jury decides on if the guilty party should receive the death penalty. Then, a three-judge panel is allowed to weigh in on any mitigating factors that could change the eventual sentence. 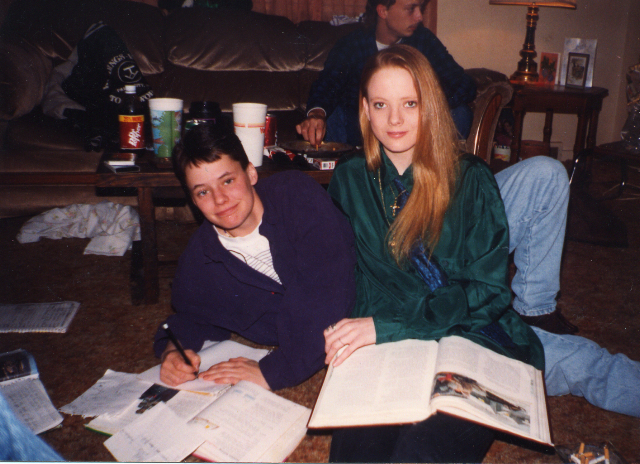 Nissen is currently serving three consecutive life sentences for his role in the murders. His affidavit was presented as part of a motion requesting a new Lotter trial, which was eventually denied. Besides Nissen’s original testimony, other factors weighed into Lotter’s conviction, including witnesses seeing Lotter where the murder weapon was stolen a few hours before they occurred, and his last name was on the sheath of the knife used to stab Teena. He also claimed to be with his girlfriend at the time of the shootings, which she said wasn’t true. She also testified that he’d threatened to kill Teena a week before the murders occurred.

Besides his numerous attempts at appeals, execution of Nebraska’s death penalties have been on hold since 1997. In 2008, the state made the switch from electrocution to lethal injection in 2008, when the state supreme court ruled the former unconstitutional. In 2016, Nebraskans voted in favor of keeping capital punishment, but a shortage of sodium thiopental, used for lethal injection, has kept inmates on death row from receiving execution dates.

In 2013, NBC reported Teena’s mother, JoAnn Brandon, “is still waiting for Lotter to be executed and believes Nissen should be, too.”

“I want him to die,” Brandon said of Lotter in 2015. “It will bring some closure to me. … He was sentenced to die. He should have died a long time ago.”