A controversial referendum on same-sex marriage in Australia will proceed after the nation’s highest bench gave the OK to a postal vote set for next week.

The High Court of Australia heard two challenges to a postal vote pushed by Prime Minister Malcolm Turnbull, one that LGBTQ advocates warned would incite bigotry. One case was brought by PFLAG, politician Andrew Wilkie, and Felicity Marlowe, a lesbian mother in Melbourne. The other challenge was filed by the Australian Marriage Equality campaign and Janet Rice, a parliamentary member representing the Green Party. 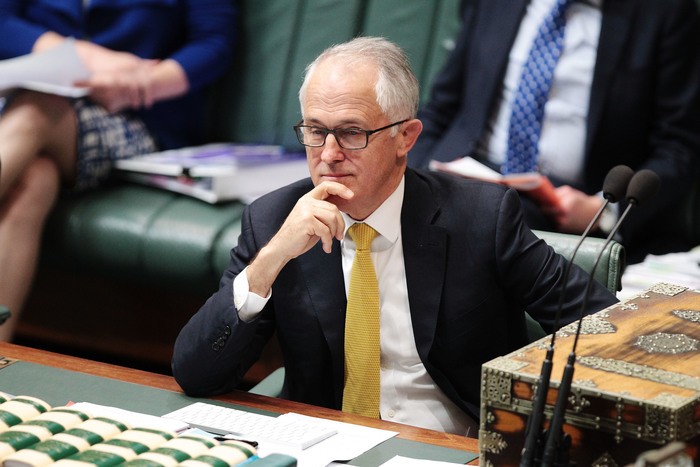 On Wednesday, the seven judges unanimously ruled against the plaintiffs in an expedited decision made just 24 hours after arguments concluded. The justices’ reasoning will reportedly be made public later this week.

The two cases challenged whether the government had the proper authority to allocate $122 million for the plebiscite. Although funding for such an undertaking has to be appropriated through a vote of the Parliament, Turnbull acted unilaterally. The prime minister has said that he will not allow a free vote on marriage equality without a poll of the Australian public.

Marlowe added that the pollwhich is non-binding and voluntarywould be an emotional strain on her family.

Her concerns were likely voiced in response to a number of incidents since the plebiscite’s announcement that put LGBTQ people in the crosshairs. Written in both English and Chinese, a flier distributed in Hurstville mailboxes in August refers to homosexuality as the “tragedy of a family, a grave to the family bloodline, [and] a curse of family sonlessness.”

The leaflet, taking a page from U.S. anti-LGBTQ groups, also claimed that legalizing marriage equality would give transgender people permission to assault people in public bathrooms.

But the court ruled plaintiffs did not have sufficient standing to challenge the vote.

LGBTQ rights groups in Australia immediately blasted the decision. Anna Brown, director of the Human Rights Law Center, called the plebiscite “completely unnecessary” and said it would do further harm to queer and trans people.

“All Australians deserve the same opportunity for love, commitment, and happiness. All people in Australia should be able to marry the person they love,” Brown told reporters while handing out pro-marriage equality fliers outside the courthouse. “LGBTQ people didn’t ask for this plebiscite but now the court has determined [the vote] will go ahead.”

Equal Marriage Rights Australia, one of the leading voices in the “Yes” campaign to legalize same-sex marriage, said history was on the LGBTQ community’s side.

“It’s not the outcome we wanted but it’s something we must accept,” the advocacy group said in a statement. “Just 30 to 40 years ago homosexuality was a crime; just 20 years ago our relationships had no legal rights and just 10 years ago most Australians opposed marriage equality. We changed all this and we can change the marriage laws, too.”

But forces opposed to marriage equality applauded the court’s ruling.

Lyle Shelton, a spokesperson for the Coalition of Marriage campaign, claimed that LGBTQ rights groups “have done everything they can to stop the Australian people from having their say” on the issue of same sex marriage. Shelton added that he is “confident in the judgement of the Australian people.”

Ballots will be mailed out to Australians beginning September 12, and those who choose to respond will have until October to do so. The results will be announced in November.

Turnbull, who has said that he plans on voting “Yes” to marriage equality, claimed that legislation to legalize same-sex unions will be introduced in Parliament if the Australian public agrees. A Household, Income and Labor Dynamics in Australia (HILDA) survey conducted in August found that 67 percent of the population is in favor of allowing LGBTQ couples to marry.