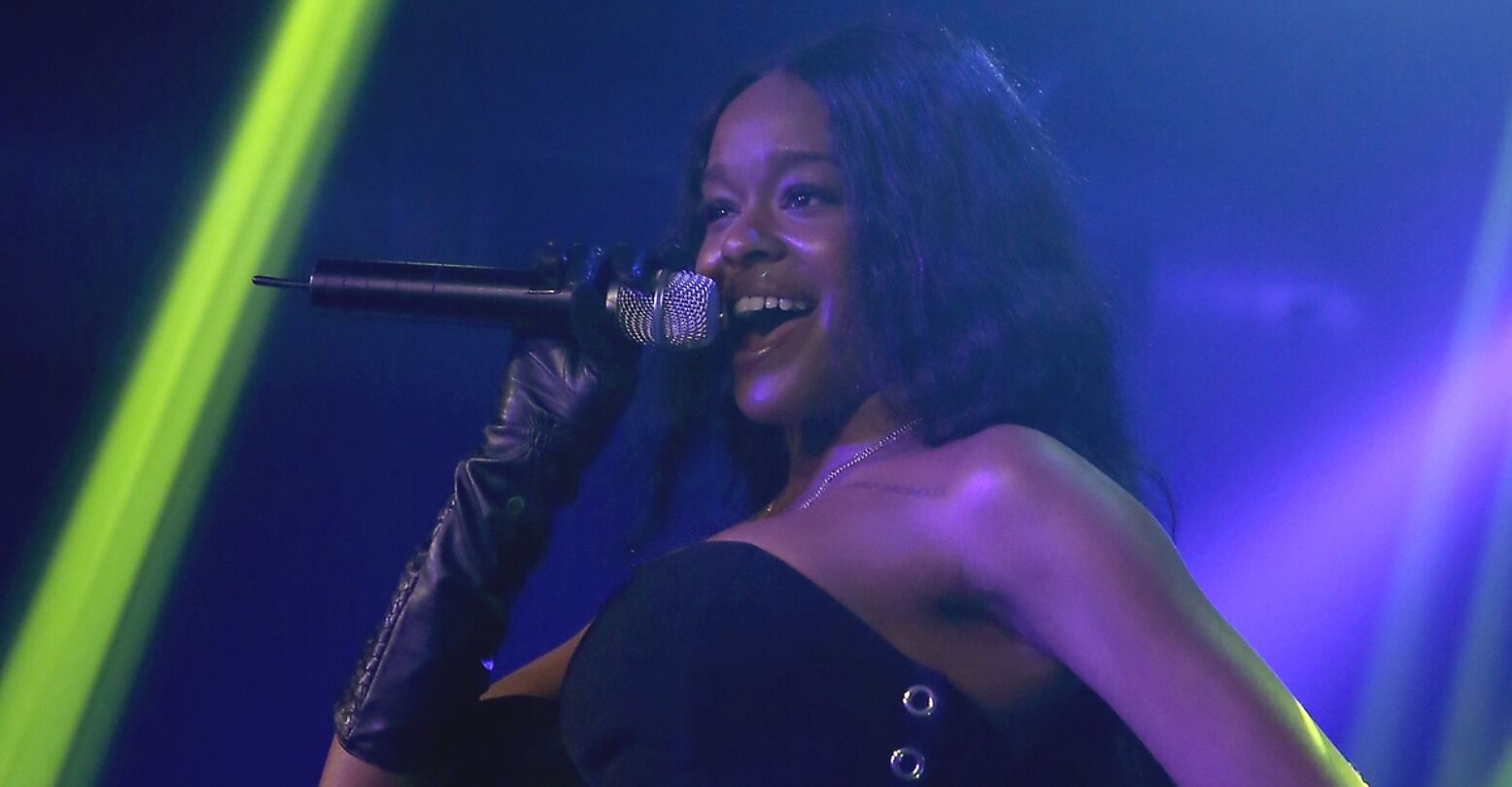 According to Azealia Banks, she has a very diverse fanbase, but it still consists mostly of one type of persontwinks. (Remember, that doesn’t include Gus Kenworthy.)

The meme she posted is a popular internet one of a Kermit puppet spread open looking like it’s about towell, you get the idea.

The post led one commenter to write, “OMG queen of being self aware of her sloppy bottom fan base.”

In response, Banks wrote that her fan base is not comprised of “sloppy bottoms” and instead gave a thorough breakdown of her fanbase. 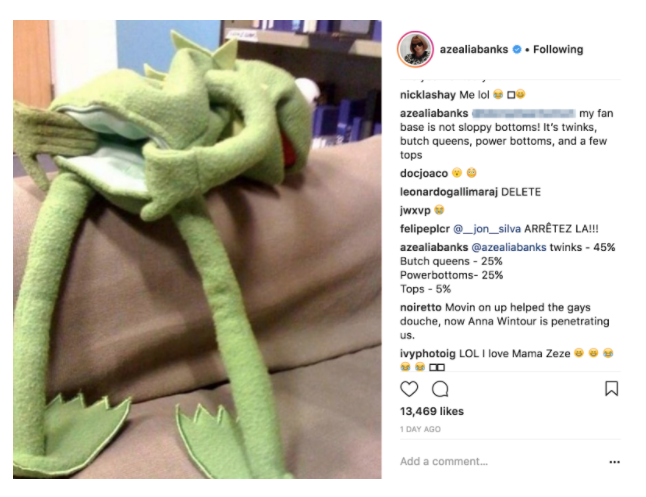 Hey, after a weekend of terrible “bottoms” jokes from comedians, it’s a welcome departure to see a celebrity who is celebrating her gay fansno matter their position.