A victim of the anti-gay purge in Chechnya came forward with his story at a Monday press conference, the first to publicly speak out about the horrific violence.

Thirty-year-old Maxim Lapunov told reporters at a Moscow news conference that he was selling balloons outside of a ball in the Chechen capital of Grozny when he was apprehended by two plain-clothes police officers. On that March evening, Lapunov would be dragged away to a cell that he claims was soaked in blood; he would be beaten, tortured, and humiliated for 12 days, as the BBC originally reported.

Lapunov’s account is both harrowing and familiar, nearly identical to the anonymous stories shared by Chechen refugees who remain in hiding. 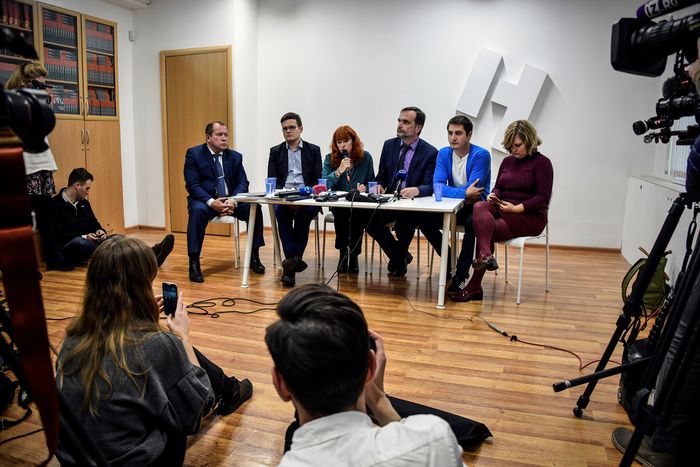 The Siberian-born survivor would be beaten in the “legs, ribs, buttocks and back,” as police attempted to force him to give up the names of other gay men in the Russian province, located at the Southwestern perimeter of the former Soviet nation. Lapunov claims he was forced to face a wall, and any time he would begin to collapse from the pain of his injuries, his jailers “pulled [him] up and carried on.”

“Every day they assured me they would kill me, and told me how,” he said, adding that guards would “burst in every 10 or 15 minutes” to threaten his life.

Lapunov claimed that the only charge made by authorities was that he’s gay.

Chechen police began rounding up men suspected of being gay or bisexual earlier this year, placing them in concentration camps as part of an extermination campaign. Regional leader Ramzan Kadyrov claimed that the semi-independent province’s LGBTQ community would be wiped out by Ramadan.

Dozens of men were arrested between the months of February and April, and many remain missing. At least 30 refugees have fled to Canada to seek asylum.

Human Rights Watch, an international advocacy organization that has been closely tracking the anti-LGBTQ violence, told reporters that what makes Lapunov’s story unique is that he’s the only victim to put his face to the tragedy. He has filed a formal complaint with Russian authorities about the brutality he experienced.

“The authorities’ excuse was that no victims had made statements,” claimed Tanya Lokshina, the Russia program director for Human Rights Watch. 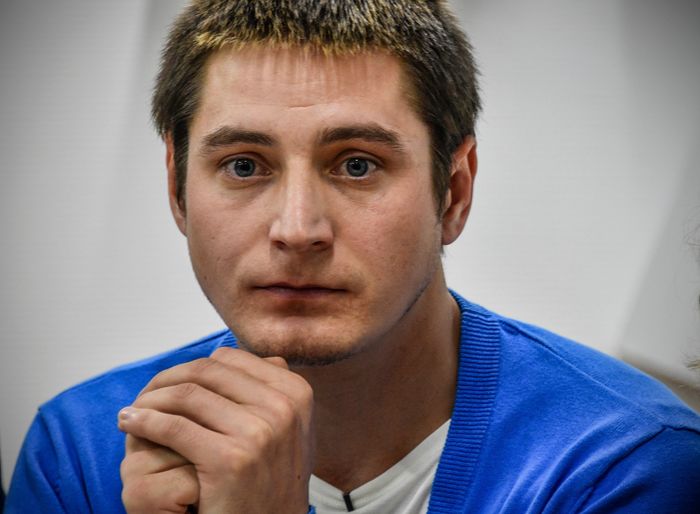 But Lokshina questioned where Lapunov’s complaint would force an investigation from the Kremlin, who have repeatedly denied that gay men are being mistreated in the conservative, majority-Muslim region of Chechnya. President Vladimir Putin has dismissed reports from the Moscow-based independent newspaper Novaya Gazeta as “provocation.”

“There is a lack of political will,” Lokshina said during the Monday presser.

Human Rights Watch claims that the police raids are still occuring in a country that remains widely hostile to LGBTQ people due to a 2013 anti-propaganda law. That legislation forbids the spread of information regarding “non-traditional sexual relationships” to minors, and its passage has led to an anti-gay backlash in the years since. An activist was prosecuted under the law in September for posting links on Facebook.

Lapunov urged the international community to take action to stop homophobia from spreading.

“It should not be like this,” he said. “We are all people. We all have rights. If those rights can be violated [in Chechnya], it could happen in any region. And no one knows whose son or daughter will be next.”

Despite fears of further persecution, Lapunov plans to stay in Moscow now that he’s been released.