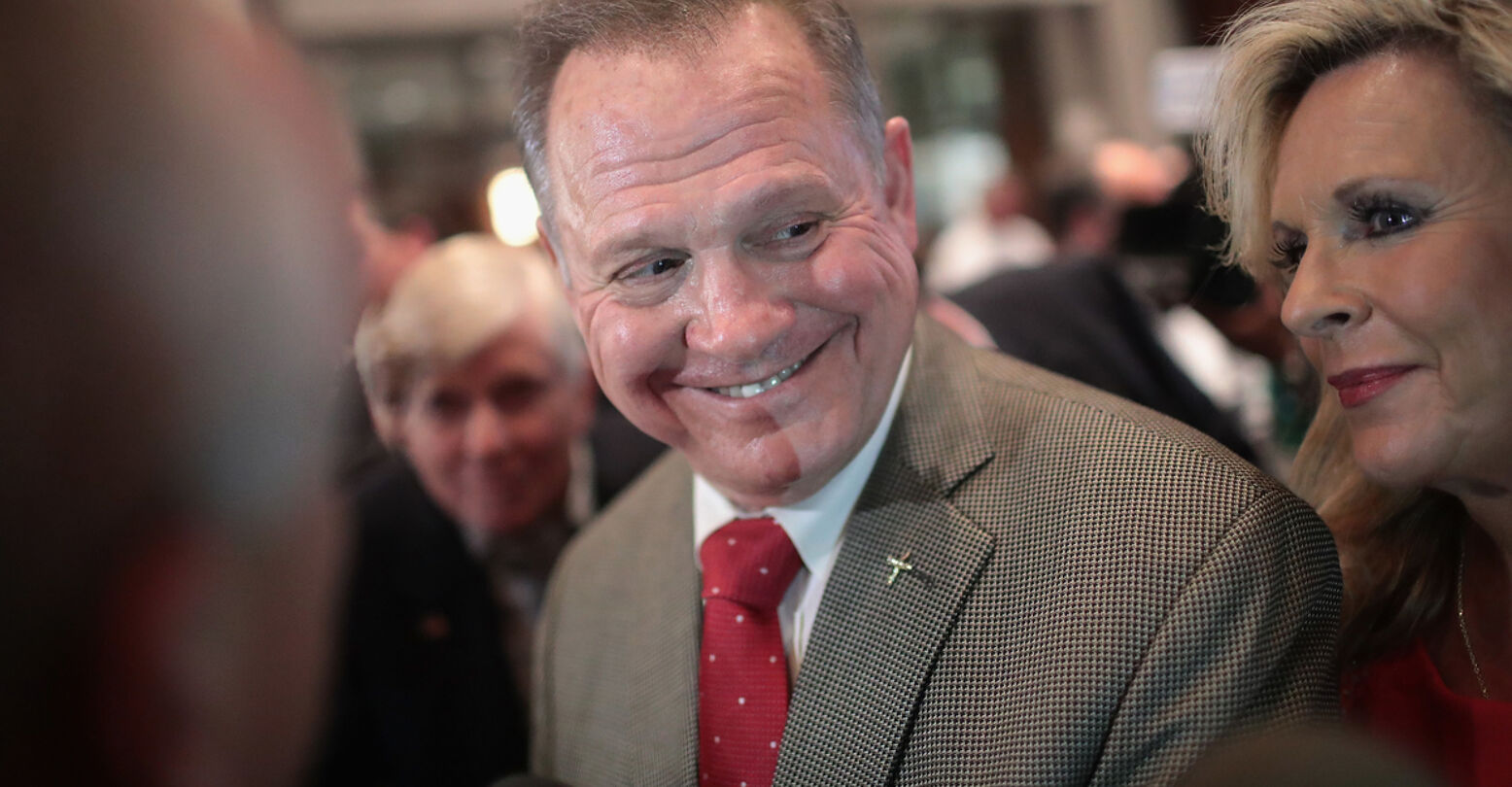 One of America’s most notoriously anti-gay conservatives could soon be a U.S. Senator.

Roy Moore won a runoff election in Alabama on Tuesday to compete for the Senate seat vacated by Jeff Sessions, who was tapped by Donald Trump in January to be sitting Attorney General. Moore, who led for the majority of the race, was backed by former Trump advisor Steve Bannon, Sarah Palin, and Phil Robertson of Duck Dynasty. The president favored his GOP challenger, Luther Strange.

Moore buried the hatchet in his victory speech.

“Together we can make America great!” he said. “We can support the president. Don’t let anybody in the press think that because he supported my opponent that I do not support him and support his agenda.”

It’s telling that Moore was too extreme for a man who has spent his entire presidency attempting to rollback LGBTQ rights. The former Alabama Supreme Court justice was ousted from his position in 2015 for attempting to block same-sex marriage in his state, but his anti-LGBTQ record stretches back decades.

In a 2002 custody case, Moore ruled that an abusive father was more fit to be a parent than a lesbian mother, arguing that LGBTQ people shouldn’t be allowed to raise children. He claimed in a written opinion for the Alabama Supreme Court that homosexuality is “abominable, detestable, unmentionable, and too disgusting and well-known to require other definition or further details or description.”
Moore has spent his career opposing rights and basic dignity for LGBTQ people. He told an interviewer with C-SPAN2 in 2005 that homosexuality should be illegal. The former judge also compared same-sex relationships to bestiality.

The far-right evangelical, who believes that the United States should be governed by “God’s law,” is known for his extreme remarks on LGBTQ people. Moore has said that the acceptance of homosexuality is a “slippery slope” that leads to “polygamy and incestuous relationships.” He has compared marriage equality to the Holocaust and the Supreme Court’s decision in Dred Scott v. Sanford, which ruled that black people cannot be American citizens.

Moore added that the 2015 ruling in Obergefell v. Hodges, which legalized same-sex unions, was “even worse in a sense” than the 1857 decision.

The Senate nominee believes that homosexuality is an “an inherent evil,” so much so that he even holds the LGBTQ community responsible for the September 11 attacks. Moore has claimed that the tragedy was God’s retribution for “legitimized sodomy.”

Moore will face off against Democrat Doug Jones in the general election.