There are few things worse than being the marginalized person in a group of marginalized people, but this is too often the case for the women who participate in Los Angeles’ high-pressure drag scene. In a space that is meant to be safe and inclusive, women frequently find themselves being verbally attacked, undervalued, and worse, sexually harassed.

In dimly-lit bars and nightclubs, glamorous, gothic and comical costumes are dawned by people from all walks of life. There is at times an inherent sexual tension in the air, as certain kinds of queer spaces can be known to have, but sometimes things get taken too far. For a woman in this scene, circumstances can be downright threatening.

The women and non-binary performers I spoke with made it clear that a large part of the scene is friendly. They say much of the scene is inclusive and does work to make people feel safe, but there is a certain strain of male drag queens and gay men within the scene that, because of a sense of entitlement, feel it’s acceptable to shun women and even objectify them.

An overlying issue appears to be that many male drag queens and other men within the scene see it as something made for men. Female drag queens, sometimes referred to as “bioqueens,” are treated as if they’re not as worthy. Jasmine Masters, a drag performer from RuPaul’s Drag Race, recently commented on this issue in a YouTube video.

Because these performers were born female, they are treated as if they don’t have to work as hard for their art, but the drag queens I spoke with explained to me the countless hours they’ve spent preparing for shows and the money lost along the way.

“When women do speak out, they are often not believed or there’s backlash, and while I have found mostly a lot of support in the drag community, that’s not to say I don’t see some BS that rubs me the wrong way,” Crystal Palace, a 31-year-old female drag queen who’s been in the drag scene for well over a year, told me. “Not talking about it is almost as bad as putting myself out there for the possibility of ridicule.” 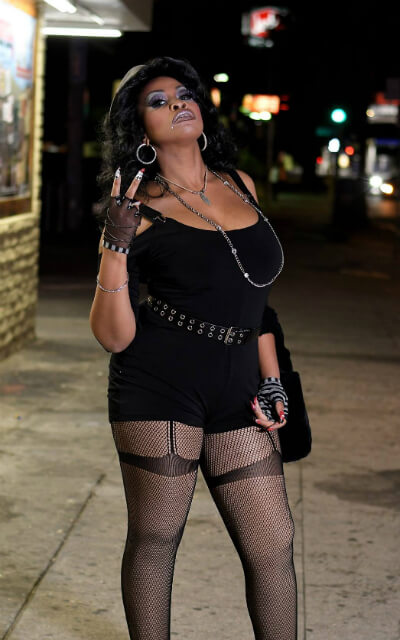 Palace and others I spoke with explained they’ve had men yell at them for being in queer spaces—telling them they didn’t belong in the space — and some have even been physically attacked in queer settings. This happens regardless of if a woman is queer or not. One drag king I spoke with, which is someone who was born a woman who performs as a man, told me a story about being assaulted.

The king, who goes by Clit Eatswood, said that one night during a drag show in downtown Los Angeles this year a man approached and told them “women shouldn’t be here.” There was a brief exchange of words, which was followed by the man throwing his drink on them and throwing punches at them and the people they were with. The man was pulled away by security before things got more violent.

That story in many ways represents the mentality these performers often have to face. Certain men within the scene don’t want them around, and misogyny shows its ugly head in a place you’d think would be largely free of misogyny. The performers I spoke with said they’ll be referred to as a “bachelorette party” when they appear in predominantly gay spaces.

“In queer spaces, misogyny still exists. It’s unfair when I am a queer woman, and I get treated as less than by somebody who feels like they are on a pedestal above me,” Baby, a 23-year-old bioqueen who’s been in the drag scene for three years, told me. 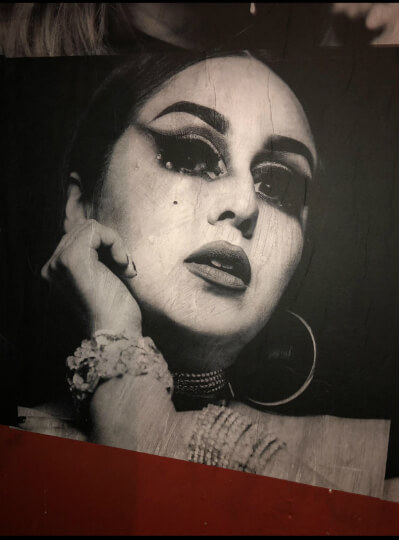 “The misogyny is definitely constant, and it’s there, and women deal with it all the time,” PuzziNiggrr, a black 42-year-old bioqueen who’s been in the drag scene for four years, told me. “We deal with it so much that we don’t even fucking talk about it. You just expect it.”

Pierretta Viktori, a non-binary New York-based drag queen, told me the same things happen to performers in New York’s drag scene. They said they’ve been told they didn’t belong at drag events because of their perceived sex and that they had “no right” to call themselves drag queens.

“I’m pretty sure that a man who dresses as a woman for a living telling a woman or femme that he has more of a right to reclaim, and can do a better job with performing, femininity than the people who’ve had that femininity forced on them since birth is the definition of misogyny,” Viktori said.

“I have been told straight to my face that what I do is not drag and that I could never be a drag queen based purely on the genitals I was born with,” Bambi Galore, a non-binary Baltimore-based drag queen, told me.

The worst way this misogyny presents itself is through sexual assault. Female drag queens not only experience members of the audience-grabbing them in inappropriate ways while they’re performing, they sometimes encounter male drag queens who will do this to them when they’re not performing. They say this makes them feel unsafe in an environment that is specifically meant to be safe for them.

“I’ve gotten groped in a lot of different spaces,” Baby, who is a rape victim, told me. “People just assume that they can grab my breasts or touch me and ask me if I’m a real girl.” 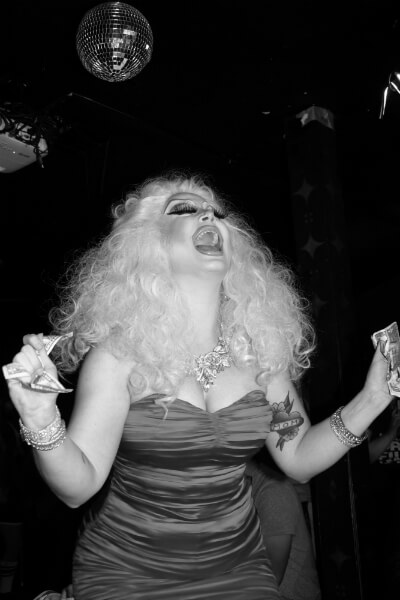 Palace said she was once performing at a show in North Hollywood, and she was talking to a male drag queen about the differences between men and women doing drag. At some point during the conversation, the man put his hand between her legs to feel that she had a vagina. She said she was “taken aback” by this and no longer felt safe in that environment.

“I get touched a lot. That, for me, is very uncomfortable,” Palace said. “I’m a rape victim, and I constantly feel like I have to be on guard.”

PuzziNiggrr had a similar story from when she was performing at a bar in downtown Los Angeles. Someone introduced her to a man as a bioqueen, and the man immediately grabbed her vagina to check if this was true.

“This guy just hauled off and grabbed her by the pussy because he felt entitled,” PuzziNiggrr said. “He felt like he was in this space where he was entitled to just go up and touch on people.”

“I have been groped so many times over my years in drag,” Galore said. “At one point I just resigned myself to the fact that it was going to happen, didn’t fight, didn’t say anything because it happened so often. It made me depressed to do so.”

PuzziNiggrr explained that she also gets stereotyped as a black woman in the drag scene. People expect her to be a certain kind of drag queen because she’s black and female, and so she sometimes gets treated in ways she doesn’t appreciate.

“The expectation upon seeing me is I’m going to do current, popular black material,” she said. To the contrary, she’d rather do “Björk or Elizabeth Fraser.” 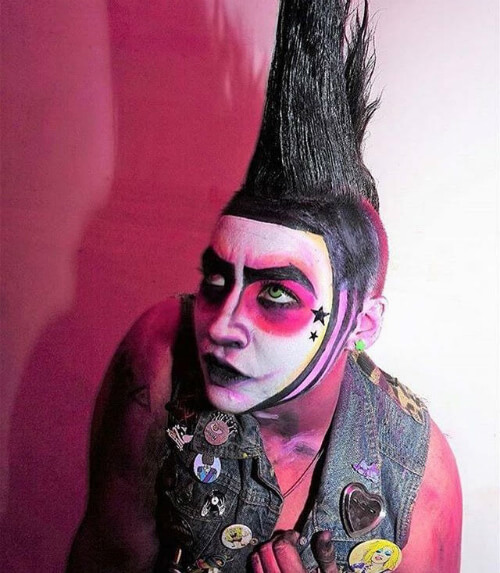 Another issue these women face is unequal pay. At shows where male drag queens are getting paid, women are often expected to work for tips. Furthermore, they find that the audience tends to tip women less than they do male performers.

“Being a female performer, they assume we’re going to be performing tipped spots,” Baby said. “I hardly ever get offered paid spots.”

Baby said she typically pays more to do drag than she gets paid for it. Not only do these women have to deal with being excluded and sometimes sexually assaulted, they can’t even make the money they deserve off of the art they’ve worked so hard to create.

The drag scene is supposed to be a place where queer people of any gender can come and feel comfortable and be themselves, but often times it reflects the same misogyny seen in non-queer spaces. Whether it be verbal or physical, women end up facing the same male discrimination and objectification they find outside queer settings. It appears even the safe spaces aren’t always safe.