Chelsea Manning has filed to run for the U.S. Senate in Maryland.

The out trans woman and former Army specialist and private will be challenging the current Democratic senator, Ben Cardin, who has served two terms and is up for re-election in November.

Manning moved to Maryland after President Obama commuted her prison sentence in 2016. (She’d been sentenced to 35 years after being convicted of leaking classified documents in 2013.) A documentary about her experience inside a men’s prison and her life after release is set to premiere on Showtime later this year.

Manning has yet to make an official statement but last year she spoke with Vogue about the possibility of running for office. 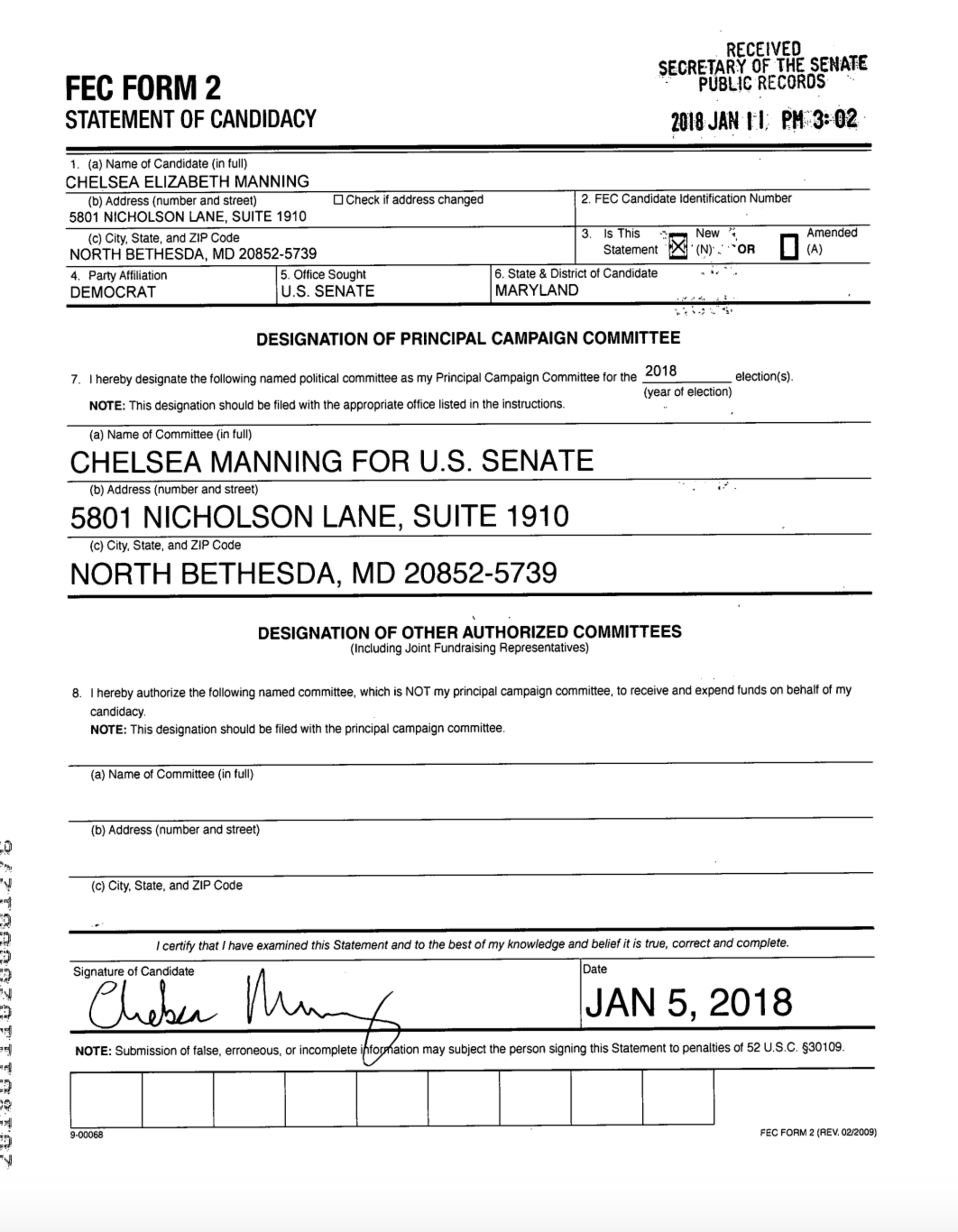