It started in the days of blacked out bar windows, down by the lakefront, the sun burning through the afternoon. It was a place you could kiss in the daylight, where Lake Michigan met the skyline.

“It became a symbol of our right to be here, a right to exist, a right to gather,” remembers Chicago author and historian Owen Keehnen. “It was a huge step forward for gay liberation. I see how important the community building was that went on there, whether it was partying or group meetings or picnics or hookups or anything else you want to name. It really became a focal point for our community.”

From the 1970s to the 90s, queer Chicago got drunk, found love, mourned its dead and celebrated weddings it couldn’t legally hold at the Belmont Rocks, a stretch of limestone beachfront off the city’s gay neighborhood.

Little remains of the graffitied patchwork that hints at its storied past. But next year, that will change.

In early 2019, the city will break ground on AIDS Garden Chicago, a park that celebrates the historic site and honors a generation decimated by the virus.

The project is a longtime dream of the city’s first openly gay Alderman, Tom Tunney, who spent 13 years trying to get it funded during the recession.

“Those plans were laid on a bookshelf for a number of years,” said Tunney. “About 18 months ago, I said look, if we don’t do this and follow through on this, I don’t think the younger generation will do this.”

The younger generation likely never saw the rocks, painted with remembrances for the dead and rainbow stripes for the living. For 30 years, the Belmont Rocks hosted rallies, late-night hookups, Saturday picnics and parties. For decades the city’s annual Black Pride event was held there.

When the AIDS epidemic began to consume Chicago’s queer community, people painted messages of mourning on the rocks. 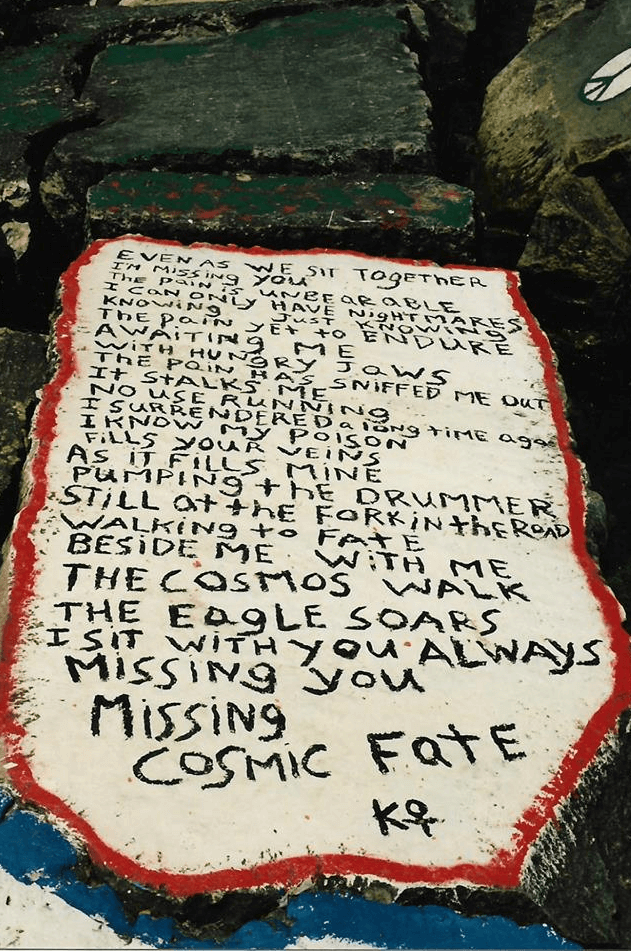 Tunney, who owns Chicago’s Ann Sather restaurants, watched AIDS decimate his community. In 1985, he moved the restaurant’s Lakeview location into a former funeral home. The eatery served as a kind of ground zero for community activism and memorializing as the virus ravaged the community.

“People have short memories, maybe,” said Tunney. “I don’t. It was devastating for the community. There were one or two individuals that I knew from the community dying every week.”

The AIDS crisis changed the rocks from a lively open-air spectacle to a marker of time, a physical homage to the many queer people who vanished during that time.

“It turned this carefree life into something different,” recalled Keehnen. “That’s a huge loss, and an AIDS garden would be a huge step in healing that.”

In 2003, the rocks were bulldozed by the Army Corps of Engineers for a project to prevent erosion. A handful of the graffitied blocks were salvaged, but the current lakefront stands in stark contrast to its colorful past.

Last year, Keehnen revisited the site and was rattled by how vacant and nondescript it was.

“What I saw was the disappearance of that part of our history,” said Keehnen.

Over the last year, Keehnen has gathered stories about the Rocks on a Facebook page, A Place for Us: LGBTQ Life at the Belmont Rocks. He plans to publish those memories in an upcoming anthology. 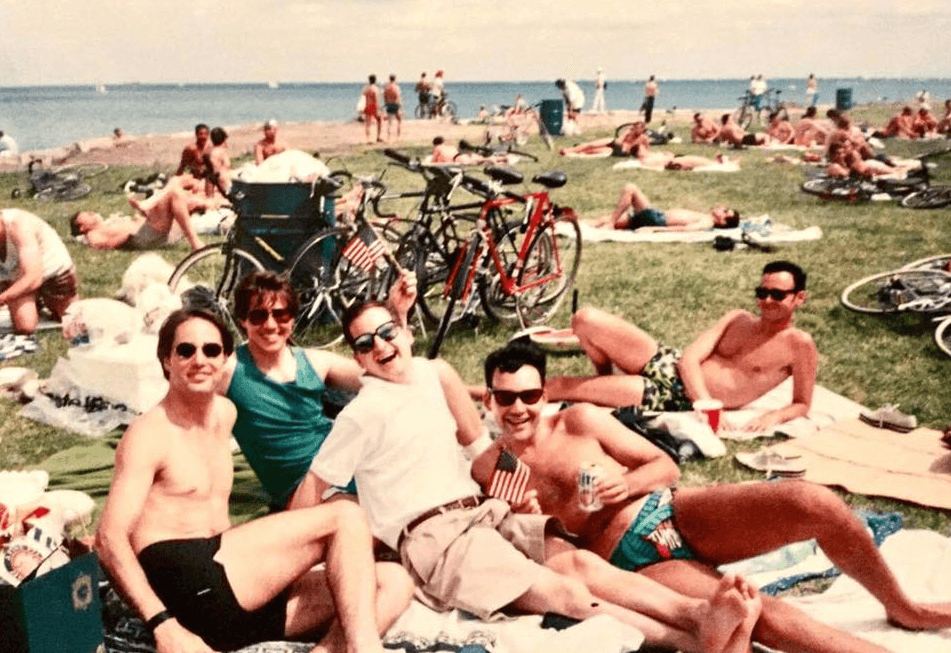 But the building of a physical AIDS garden that memorializes the rocks and the vibrant history the virus stole is a triumph so big that Keehnen is afraid to talk about it for fear of jeopardizing its success.

The $1 million project will stretch over 2.5 acres between Belmont and Diversey Harbors. The garden has the blessing of the City and funding from the Chicago Parks Foundation. Last week, to much fanfare, the City announced that the Keith Haring Foundation had donated a sculpture by the renowned late artist.

“Keith Haring’s Self-Portrait finds its rightful home at AIDS Garden Chicago, where it will serve as a point of reflection and a place of discussion for all Chicagoans,” said Mayor Rahm Emanuel in a statement. “This sculpture is one of the many ways we are bringing the conversation around AIDS to the forefront to ensure that Chicagoans are better able to live long, healthy, well-rounded lives.”

For Keehnen, whose dreams of honoring the Belmont Rocks started with a simple scrapbook, the AIDS Garden is more than just a wistful nod back. It’s the chance to give young people a sense of belonging to this community that lived and died and partied by the lake before that was sanctioned.

“My whole goal in doing LGBTQ history for the most part has just been to help preserve the things that don’t make headlines,” said Keehnen. “The things that defined day-to-day life, maybe more than the huge occurrences. But in a lot of ways they’re more what life’s about, you know?”

Photos courtesy of the Facebook page “A Place for US: LGBTQ Life at the Belmont Rocks.”