Chile has sent a landmark bill to its legislature that could legalize marriage equality in the Catholic country, as Reuters reports.

Michelle Bachelet followed through on a 2013 campaign promise Monday by pushing to make Chile the fifth nation in South America to legalize same-sex unions. LGBTQ couples already have the right to marry in Brazil, Argentina, Colombia, and Uruguay. Marriage equality is also legal in the territories of French Guiana and the Falkland Islands.

“We do this with the certainty that it is not ethical nor fair to put artificial limits on love, nor to deny essential rights just because of the sex of those who make up a couple,” Bachelet said in a speech delivered at La Moneda, Chile’s presidential palace, earlier today. 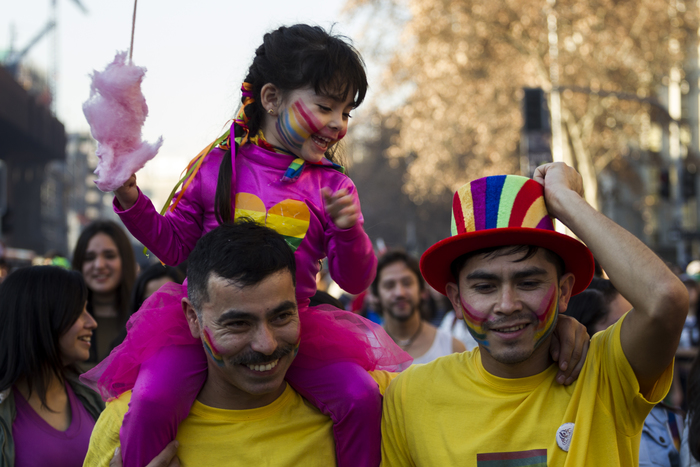 The bill was part of an agreement with the LGBTQ rights organization The Movement for Homosexual Integration and Liberation, which filed a lawsuit in 2012 on behalf of three same-sex couples to challenge the country’s marriage laws. Although civil unions were legalized in 2015, Bachelet’s government agreed to lobby for full marriage rights as a result of the suit.

An earlier draft of the bill reportedly read: “Marriage is a solemn contract by which two people, of the same or different sex, unite themselves, and for life, in order to live together, to procreate and to help each other.”

It’s unclear whether the legislation will cover same-sex adoptions.

Bachelet has until March, when she leaves office, to push the bill through the country’s legislature. Its passage would appear to be a done deal at first glance: Bachelet’s party, Nueva Mayoria, holds a majority.

But legalization may be easier said than done. The party’s electoral coalition, as Reuters notes, is “severely fractured.”

The same-sex marriage bill is one of a number of pro-LGBTQ reforms proposed in the historically conservative nation. Bachelet is in favor of legislation that would allow transgender people to change their name and gender marker without receiving surgery or hormone therapy.