Conservatives are intensifying their boycott against Target’s gender-inclusive bathroomseven though the protest (probably) hasn’t worked.

The watchdog group 2ndVote is re-launching its #AnywhereButTARGET campaign encouraging shoppers to take their business elsewhere after the big box chain announced last year it would allow trans customers to use the restroom of their choice.

“Despite the impact to their bottom line, Target continues to champion the left’s radical agenda,” 2ndVote Executive Director Lance Wray said in an interview with The Christian Post. “Not only does Target contribute financially to liberal activists, but its dangerous policy of allowing men into women’s restroom and bathroom facilities remains in place.”

After North Carolina’s controversial anti-LGBTQ bathroom bill was signed into law last year, Target announced in April 2016 it would be rolling out affirming options for trans shoppers.

In addition to allowing trans people to use the bathroom that most closely corresponds with their gender identity, the company spent $20 million to install gender-neutral restrooms in each of its 1,800 locations. More than 300 stores in the U.S. already had these single-stall facilities, which could also be used by mothers with young children.

“Inclusivity is a core belief at Target,” Target said in a statement on its website. “It’s something we celebrate. We stand for equality and equity, and strive to make our guests and team members feel accepted, respected and welcomed in our stores and workplaces every day.”

Although the policy was lauded by the LGBTQ community, conservatives widely decried the move, warning that it would allow men to enter women’s restrooms.

The far-right website LifeSiteNews launched the #FlushTarget campaign to protest the decision, complete with a billboard truck that drove to every store in the state of Minnesota. The billboard depicted a man approaching a young girl in the restroom. “What about her rights to privacy and protection?” the sign warns.

In addition, the anti-LGBTQ hate group American Family Association launched an online petition against Target’s bathroom policy, one it claims has racked up 1.5 million signatures.

Conservatives have consistently claimed that these boycotts have caused extreme financial harm for the company. Wray alleges that the 2ndVote campaign led to a three percent drop in sales during the 2016 holiday season and that profits plummeted by 43 percent. The group also has credited its boycott with the closure of 12 underperforming stores in November.

Those claims, however, are dubious at best and misleading at worst. There’s very little evidence that right-wing groups have had any significant impact on the company’s overall revenue, a myth that even received its own Snopes debunker.

A large portion of the Target stores which shuttered were in major metropolitan areas or states that lean Democratic in general elections (e.g., Illinois and Michigan). One of the locations was the Lauderhill Target in Broward County, Fla., just outside gay-friendly Fort Lauderdale. Another was located in the Minneapolis suburbs, a city which just elected two transgender people of color to its city council. 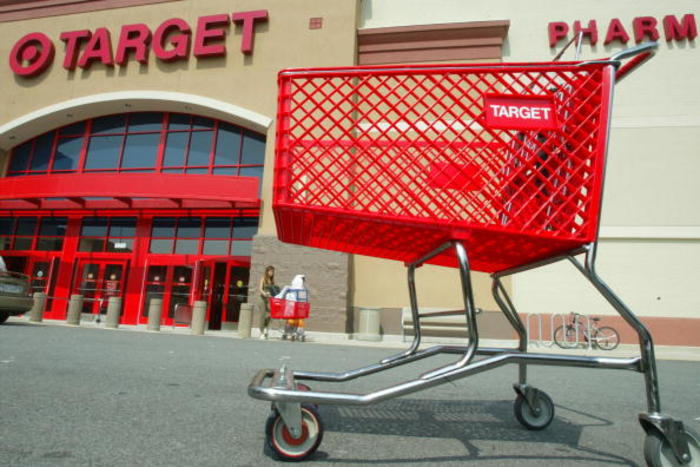 Although Target has experienced economic woes in the 19 months since its policy was first unveiled, the store has fared better than J. Crew, Sears, Kmart, J.C. Penney, Macy’s, Payless, Gap, Michael Kors, Guess, Rue21, HHGregg, Staples, Abercrombie, and Family Christian, which have each closed dozens (if not hundreds) of stores this year.

Also, the big box chain rebounded in the second quarter of 2017 due to robust online sales. Earnings and revenue both bested initial projections by 3 percent and 7.9 percent, respectively.

It’s also arguable that the boycott isn’t nearly as massive as right-wing groups have claimed. Because the AFA petition is anonymous, ThinkProgress reported last year that there’s “no way of tracking the validity of the number of signers.” The conservative organization’s website allows users to sign the petition as many times as they like.

Even despite the suspect effectiveness of the anti-Target protest, conservative groups show no signs of letting up.

LifeSite’s Director of Public Relations Andy Parrish claimed in an interview with his own website that the Target boycott would continue to have “staying power” because gender inclusivity poses a “very real danger to the public,” as LifeSiteNews contributor Lisa Bourne put it. Citing a myth that has also been debunked, Parrish alleged that “allowing grown men in the girls bathroom increases opportunity for sexual crimes.”

“Unlike most boycotts, people have adjusted their lifestyle and they are not going back,” he claimed. ”This is Target’s new normal.”