Costa Rica’s first same-sex wedding has been called off after notaries refused to issue marriage licenses for LGBTQ couples.

Mario Arias, 28, and Roberth Castillo, 25, were set to tie the knot on Saturday night after the Inter-American Court of Human Rights ruled earlier this month that member countries “must recognize and guarantee all the rights that are derived from a family bond between people of the same sex.”

That groundbreaking decision applies to more than 20 nations, including Ecuador, El Salvador, and Guatemala, which have yet to legalize marriage equality.

But the day before the couple’s historic nuptials, the Superior Notary Council of Costa Rica ruled that because same-sex unions are still illegal under the country’s laws, notaries would not be permitted to issue marriage licenses to LGBTQ applicants.

“[U]ntil there is a legislative reform, or an annulment sentence is issued in a constitutional way, the rules that regulate marriage in Costa Ricaspecifically the article 14, subsection 6 of the Family Coderemain in force,” the board claimed in a statement, “and for this reason public notaries, in the exercise of their duties, must adhere to them.” 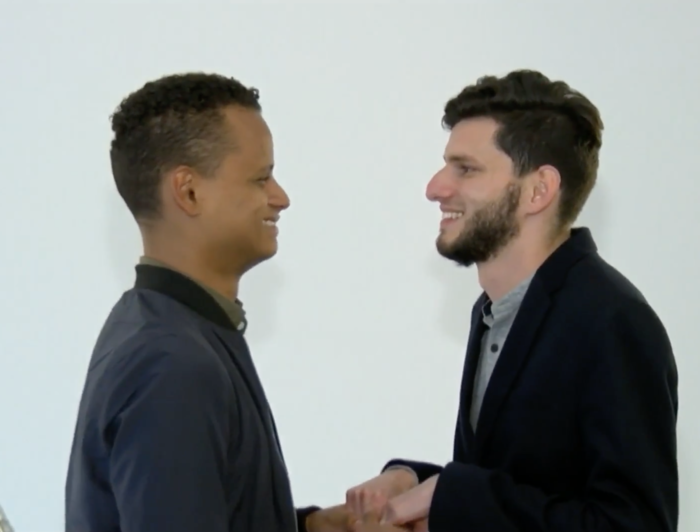 Enacted in 1973, the Costa Rica Family Code states that “marriage is legally impossible… between persons of the same sex.”

But that law has undergone several key amendments as society has evolved over the past four-and-a-half decades. In July 2013, the federal government appeared to pave the way for common law marriages for LGBTQ people.

The law recognizes the “right to recognition without discrimination” for same-sex couples who have been in a relationship “for more than three years.”

Many conservatives in the legislature, however, apparently didn’t read the bill in its entirety, and domestic partnerships continued to be blocked. In September 2013, a family court judge in San Jose denied a petition by Alberto González and Lorenzo Serrano to have their relationship recognized, closing the apparent “loophole” in the amendment.

But this time federal authorities have vowed to uphold same-sex marriage over objections from the Superior Notary Council.

Justice Minister Marco Feoli reminded the Council that government agencies are compelled to uphold the executive office’s position on the IACHR ruling. He said in a letter to the bureau that President Luis Guillermo Solís “has already called on Costa Rican institutions to comply with the ruling, although he said this process may be ‘gradual’ and require extensive dialogue.”

“The Superior Notary Council’s agreement not only contradicts the opinion, but also the position of the Executive Power regarding the ruling,” Feoli claimed.

In its Jan. 10 verdict, the IACHR ruling recognized that its binding resolution would take time and effort to enforce. It left the door open for countries which had not yet legalized same-sex unions to pass “temporary decrees” upholding legal protections for same-sex couples until further legislation can be enacted.

While Costa Rica debates how to comply with those findings, the couple at the center of the controversy vowed to appeal the Superior Notary Council’s decision in an interview with La Noticia.

“We’ll postpone the wedding, but we’ll continue with the fight,” Arias told the Spanish-language newspaper on Saturday.