If being the first openly elected trans state lawmaker in the U.S. sounds glamorous, watch Danica Roem dash after students at the University of Massachusetts – Amherst.

It’s just over 40 degrees on a Friday.  Roem, who made history last year when she was elected to the Virginia House of Delegates, is asking every student in sight to vote and vote yes on Question 3. 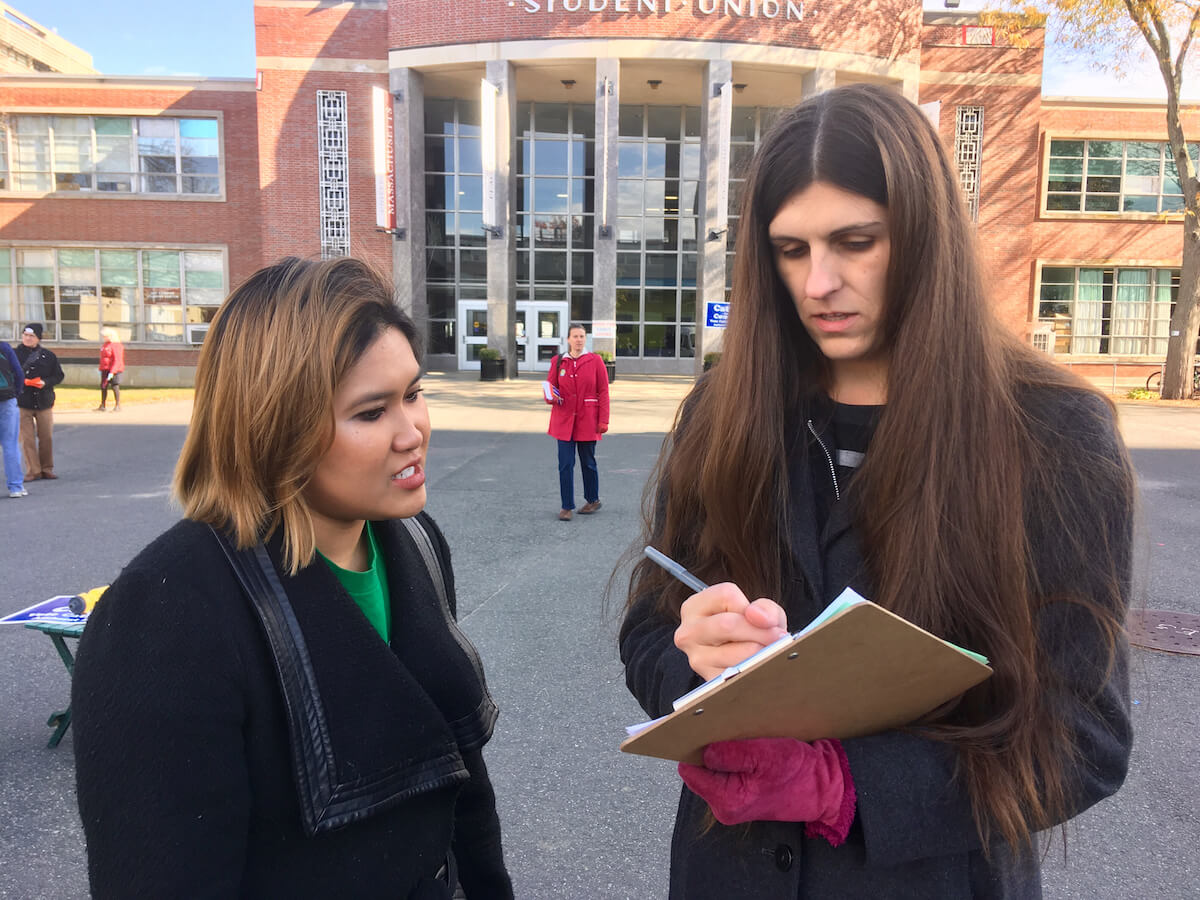 She moves so quickly, it’s hard to photograph her. She slows only to take a call from a constituent back in Virginia. She gave her cell phone number out to thousands, she notes, and these are her most important calls. When the call wraps up, her focus is right back on the vote in Massachusetts.

A preppy blond student with headphones strolls past the campus center. Roem makes a beeline for him. Has he voted, yet? She wants to know. Does he know he can vote today, right her at the building in front of him? He should vote Yes on 3. 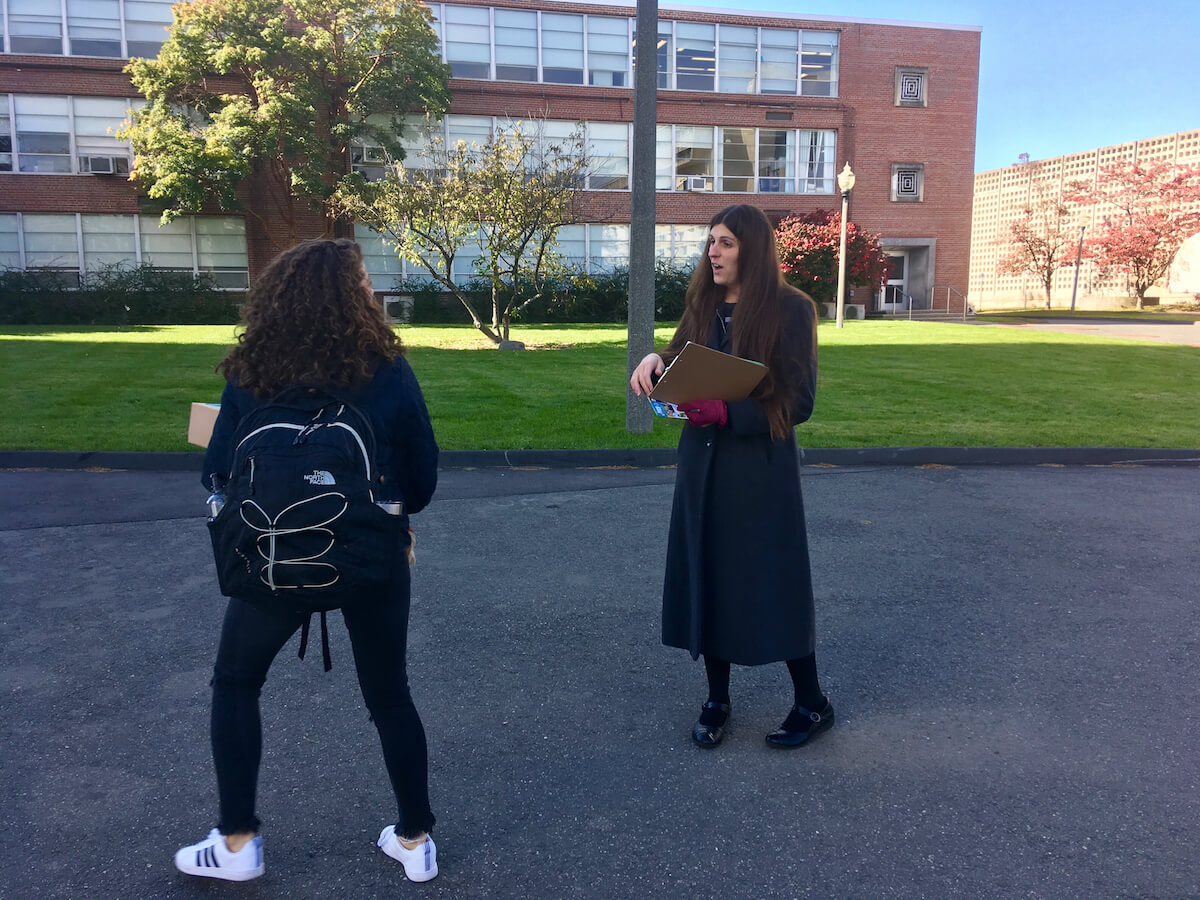 It’s been just five days since the New York Times reported that the Trump administration was moving to legally erase transgender people. Activists hope that a vote to keep trans protections in Massachusetts will serve as a public rebuke of the president’s agenda.

“There are national repercussions that come from this,” Roem tells INTO. “If Yes on 3 prevails, if [Senate Bill] 2407 is upheld, that will blunt any perceived momentum that opponents of trans rights will have to basically have to move forward in other states.”

It’s been a busy season for Roem, who reports she has done 17 campaign events for Sen. Tim Kaine and campaigned for all 11 congressional Democrats running for the House of Representatives in Virginia. She flew to Colorado to campaign for Brianna Titone, who has her sights set on the Colorado State House.

At UMass, Roem stands in the cold for three hours, darting from student to student, asking over and over if they have voted early. Most students report that they have or are on their way to. Unlike Boston, where many voters express confusion or ignorance on question 3, UMass students largely know about the vote on trans rights and are prepared to vote yes.

“We’re all really aware of everything,” says junior Emmy Mendoza. “I want everybody to be equal and feel accepted.” 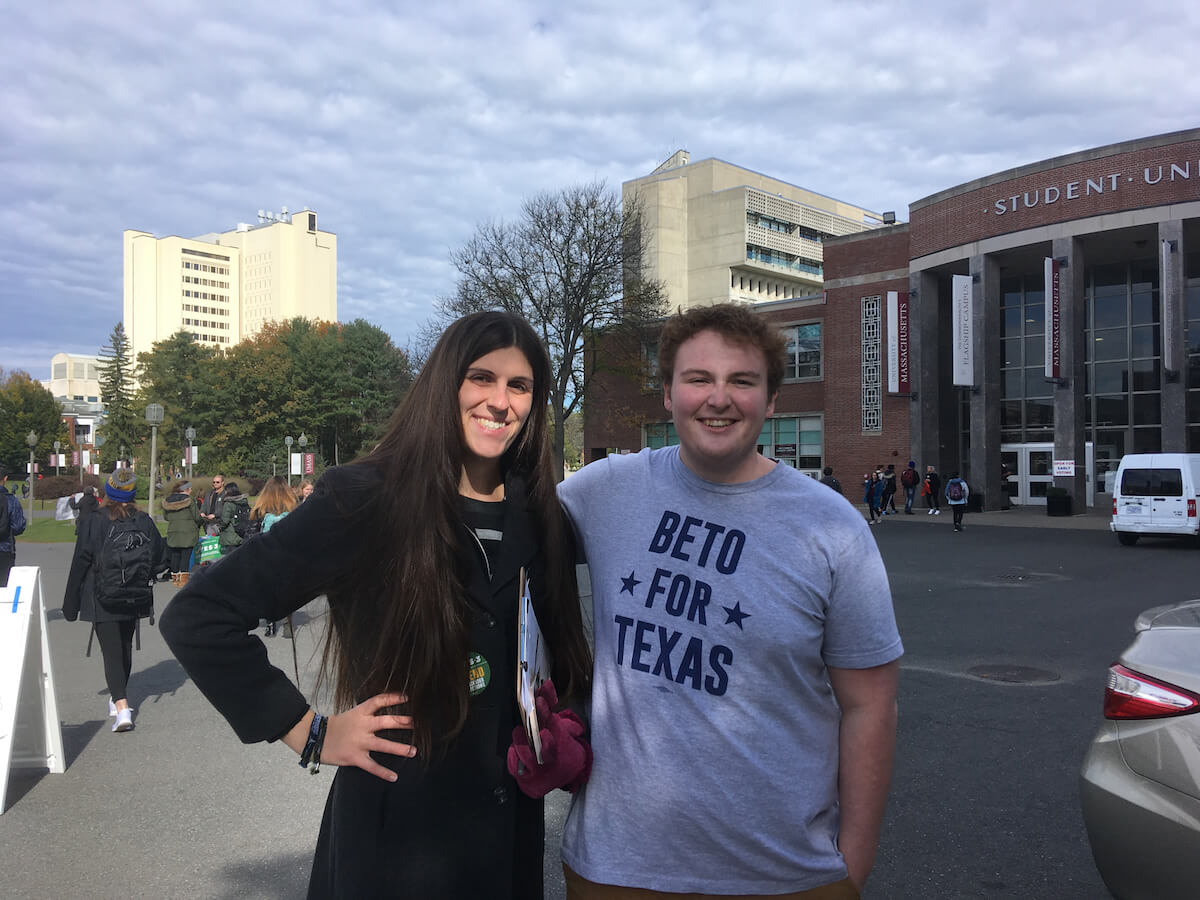 Sophomore Zelda Stewart says she talked to Yes on 3 organizers just the day before and headed to the polls.

“I voted last night, but I didn’t know this was going to be one of the questions,” she says. “ I believe in human rights.”

It’s hard to miss talk of Question 3 and trans rights on the UMass campus. On Wednesday, The Massachusetts Daily Collegian, the independently-run student newspaper, ran two stories above the fold on trans rights, one on Question 3 and one on gender-inclusive restrooms. Mendoza said Question 3 has been a topic of discussion in her gender studies class.

But Question 3 canvassers leave nothing to chance, even when it’s awkward or weird. 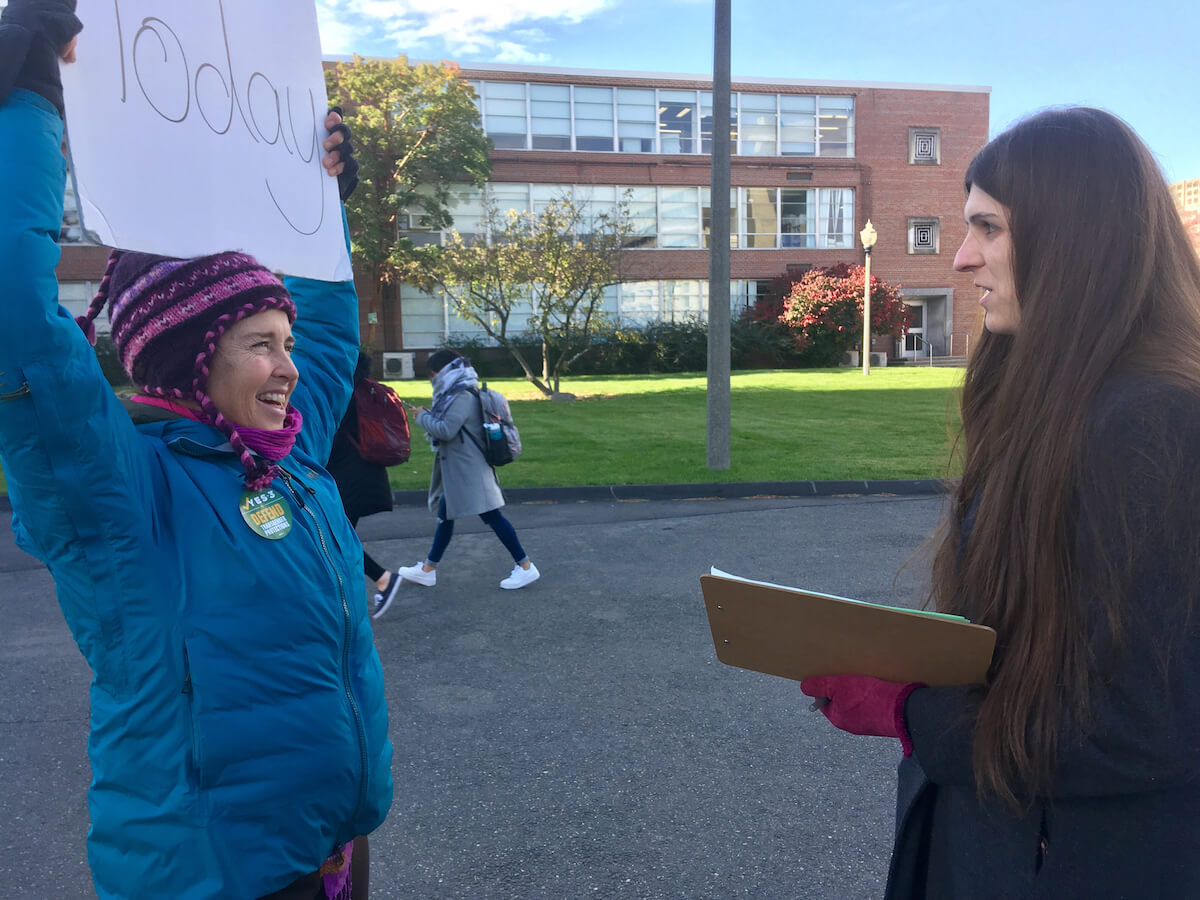 On Friday, a student in a  full-body skeleton costume walks past the Roem and other Question 3 organizers. It takes a moment before they notice that the costume includes an erect and bouncing skeletal penis.

“Oh my goodness!” calls organizer Dakota DesRochers. “Have you voted?”