Elena is sitting in the cabin of her boat, her home, floating by the coast of Halifax, Nova Scotia. Her boat is too big to be anchored at the port, so they had to tighten it to rubber balls and stay on the sea. Just outside the cabin, I can hear Meg whistling, she sounds cheerful, although their situation has never looked so grim.

Meg and Elena do not despair, they never do. This is one of the things I learned from them during these past five months of talks.

I received Elena’s first e-mail in March 2017, the subject line read “Escaping Russia,” and the few lines tell the astounding story of two women who crossed two oceans and two seas on a sailing boat to defend their love.

Elena is originally from Ivanovo, a town located 155 miles east of Moscow, known in Russia as the “city of brides” due to being one of the major textile centers in the country, attracting predominantly female workers.

In a region where the disparity between genders is particularly large, the social pressure of settling down with a man and raising a family has always been particularly high for a woman.

At the time, Russia’s infamous “gay propaganda” law was not yet in place, but Elena already knew that being openly gay was not an option. “I didn’t need to have a law for me to know that my parents and anybody around me would not accept me the way I was,” says Elena. 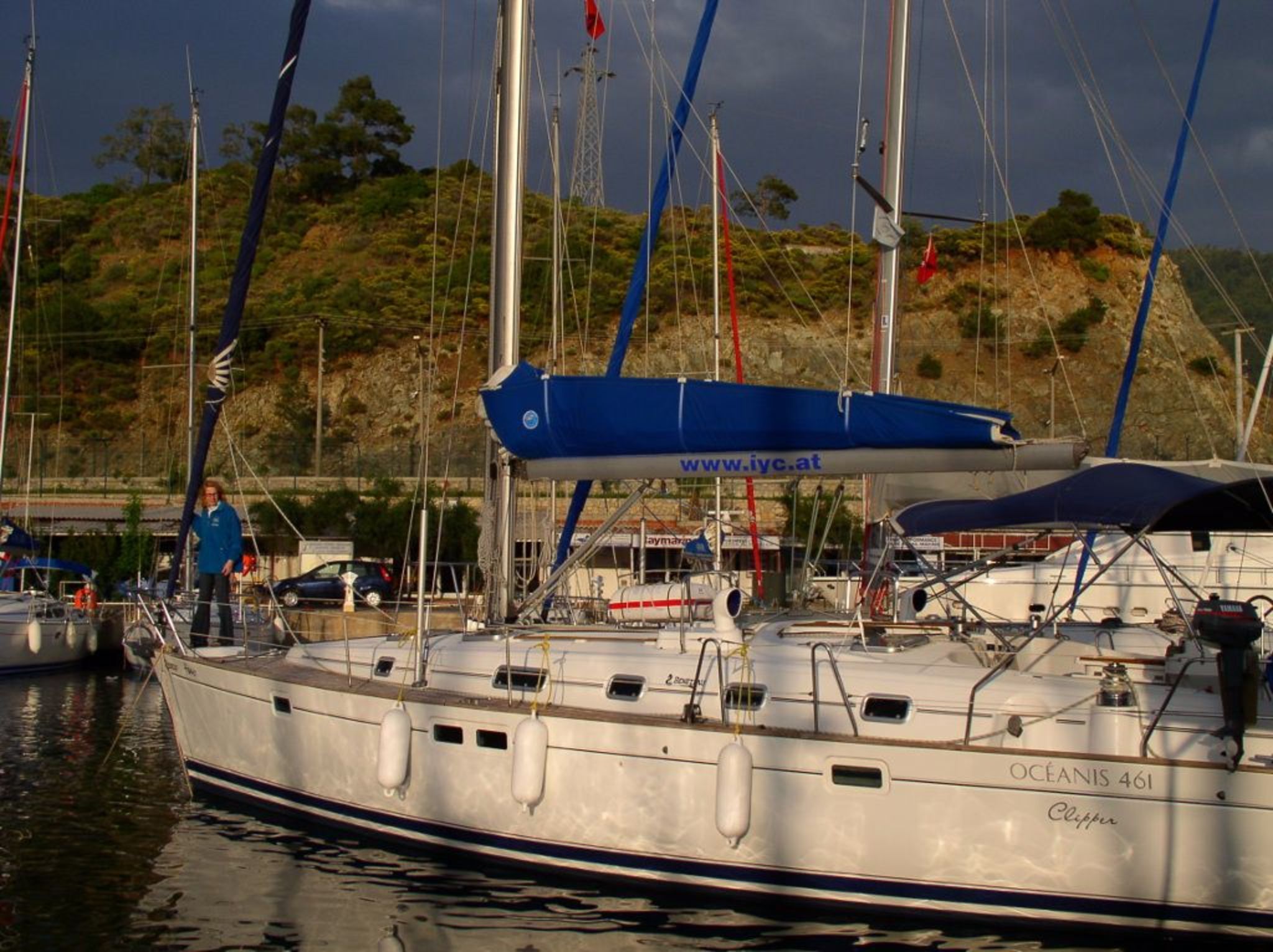 Resigned to leading a predesigned life, Elena finished her studies in architecture, found a job, and was soon pressured to date a guy called Dima. Her days went by between home and work, in what externally looked like a perfect life.

Not able to confide in anyone in her small world, Elena took refuge on the Internet, where she started chatting with a Canadian woman called Meg.

“[Meg] can do everything: she is a musician, has a mathematical education, flies planes, and she already had a small sailboat back in British Columbia that she sailed around. To me, she was this incredible woman, she simply stunned me with what she could do and, of course, I loved her pretty much instantly,” recalls Elena.

As her chats with Meg intensified, Elena started drifting away from the path that she was blindly following, until one day the opportunity came to finally meet her.

In February 2006, Elena and Meg met for the first time. In order not to raise suspicions, Elena told everyone she was going to Kiev to meet a Canadian friend, practice her English, and see the opera. Supposed to last a couple of days, the trip turned out to be Elena’s final escape from Russia. 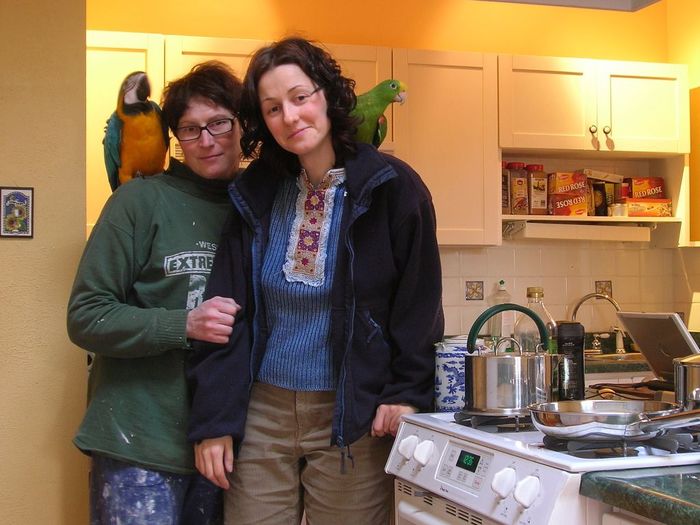 The happiness and excitement of finally being together was not meant to last long. After just a couple of days in Ukraine, Elena started receiving the first calls from home.

“Elena’s mother was phoning, and all of her relatives and her fiancé were sending her the most abusive text messages. I knew something was going wrong and I knew that there was some weird psychological warfare going on in the background,” says Meg.

Eventually, after many discussions over the phone, Elena’s mother declares herself willing to let Elena live her life, but not before having seen her one last time in Kiev.

Elena falls for the ruse and is ambushed by both her parents who had the firm purpose of dragging her back home.

“They grabbed me, held both my arms tight and brought me to a McDonald’s near the train station. My father slapped three tickets on the table and said, “You’re coming with us to Ivanovo.” That was their ultimatum for me, and it was the first time that I ever disagreed with them in my life,” recalls Elena.

As the fight escalates, security arrives and the four are escorted to the police station.
Encouraged by Elena’s mother, the police officers decide to leave Meg outside in the blizzard with a guard, in the vain hope that she would eventually leave. 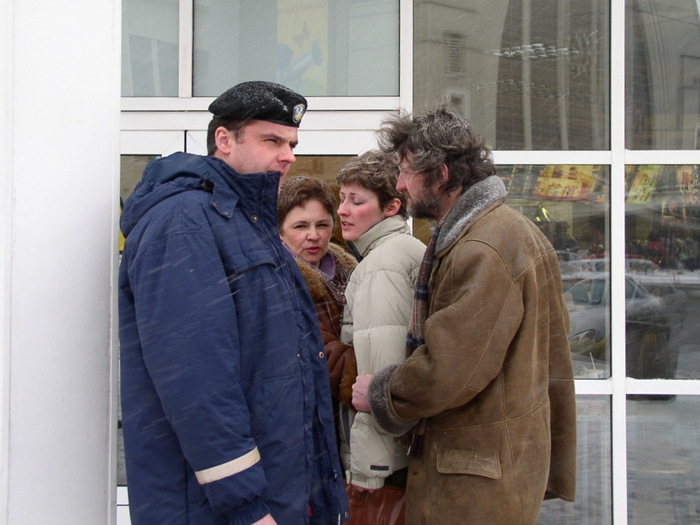 When the doors finally open, Meg is introduced to an unfamiliar reality of bribes and threats with the constant reminder that “people like them” were not safe nor welcome in Ukraine.

“That’s how things were done, it was a very weird thing. I had never been denigrated by authorities before. I didn’t realize that I was less than a human being. I was filth to them, and I wasn’t used to that,” says Meg.

Rather than feeling discouraged, every obstacle in their way only amplifies Meg’s will to help Elena, and Elena’s determination to escape that world. The couple doesn’t surrender, not even when they realize that Elena’s passport had been taken by her mother, leaving them no chance to leave Ukraine.

Neither the embassy nor the police were willing to help them. It is only after some time in Ukraine that the couple finally manages to get Elena’s passport back through a friend of Elena.

“We had her passport, but her mother had probably told the police that her passport was stolen and being used fraudulently. There was no way she could get a visa for Canada, if Elena went back to Russia she would have been stopped at the border and handed to her parents, who had made it clear that they would have her treated for lesbianism,” says Meg.

With no other way to leave the country, the two decide to go to Turkey, where they would buy a boat to sail to Canada.

In the two months allowed by Elena’s visa for Turkey, Elena takes sailing lessons and Meg prepares the yacht for the 10-month-journey.

“It took huge preparations. The boat was, until then, only rented to people for a few days of sailing and we were taking it offshore and it had to deliver us to Canada,” says Elena.

After having crossed two seas and two oceans, the couple finally arrived in Victoria in April 2007. 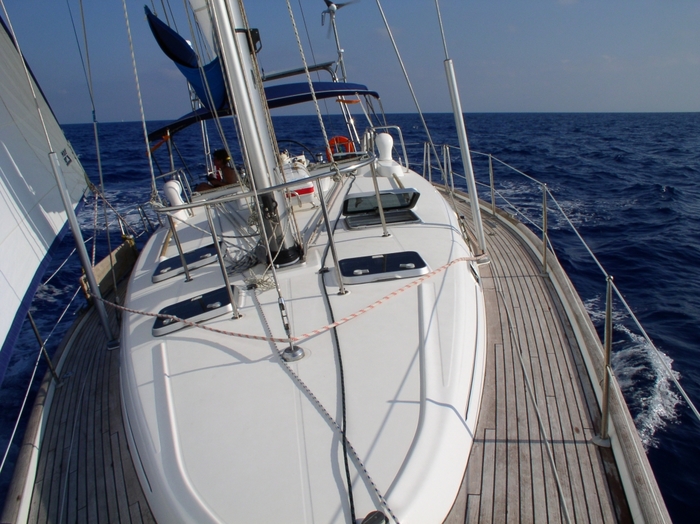 “We had been fighting with North Pacific storms for months and when we arrived it was all very quiet. It was night, we simply parked the boat at the yacht club and there was nobody, that was the irony of it. We made such a huge journey for love but there was nobody to meet us,” says Elena.

The journey cost the couple virtually all of their savings; not supported by either of their families they were soon forced to sell Meg’s house, a house that she had been working on for years. More than ten years have passed from that journey, and Meg and Elena are living on the very same boat, working on contract jobs over the Internet and traveling the world, living every wanderlust’s dream — up until this summer.

Eleven years after fleeing Russia, Elena is still stateless; five years after applying, her Canadian citizenship has still not been granted and communication with immigration offices has grown increasingly muddled. This summer, while they were sailing along the East Coast of the U.S., Elena’s request to extend her travel documents was rejected five times, forcing them into a 1200 mile, non-stop voyage back to Canada.

Without a travel document, Elena is not allowed to leave Canada, but the boat will soon become too cold to allow them to stay.

“This boat was meant for the Mediterranean. It’s a tropical boat, it was not meant to be in such a climate. And there is no dock here with electricity because it is reserved for the yacht club members and it would be impossible to stay here. The previous winters we were in Los Angeles, California or Mexico. We were always in warm climates,” explains Elena.

The only two options available to the couple now is either for Meg to move south on her own to save the boat from the winter, or to stay there together and try to survive the winter in a boat with no insulation, heat, or electricity.

“We don’t want to lose our freedom, and we don’t want to lose the only thing we have left, which is this boat. I hope we can find a place where we can stay, that we can be citizens of the same country, have a right to travel, and not be threatened the whole time, with our safety being revoked, or Elena being deported,” says Meg.