To most, he’s California’s LGBTQ rights champion. He’s pushing a bill to ban conversion therapy for adults. He authored another to declare June as Pride Month in California. He has voted the progressive line on every major issue.

So why did 28th District Assembly member Evan Low take a campaign contribution from the largest private prison ICE contractor?

That’s the head scratcher that his campaign office won’t explain.

Campaign finance records show that in 2016, Low accepted $4,200 from the GEO Group, the private correctional company with a history that includes a laundry list of human rights abuse allegations. 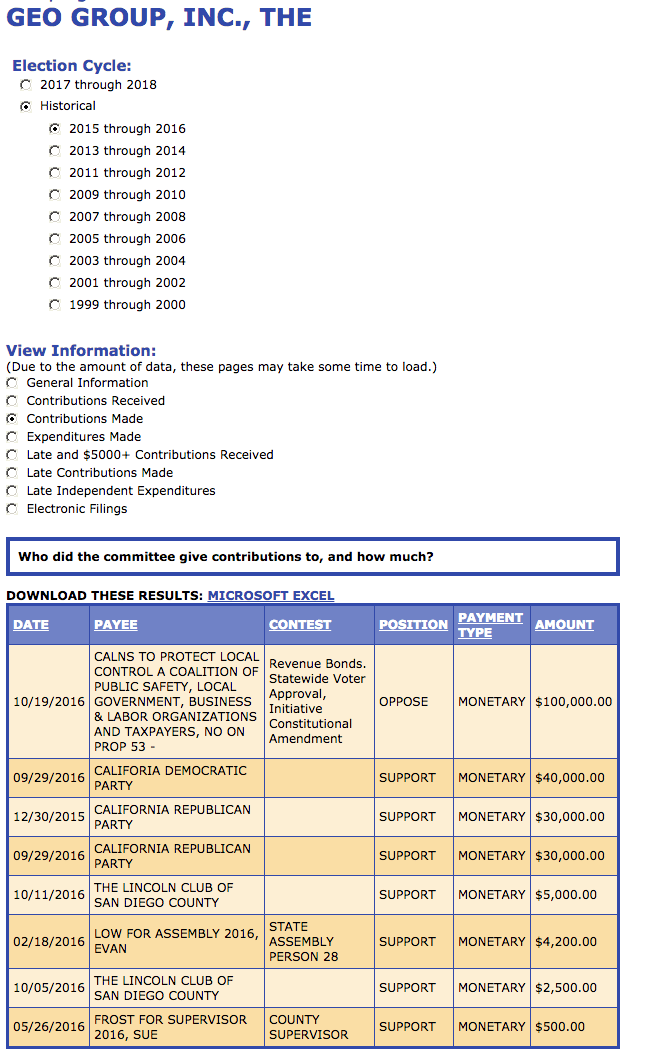 Low, who represents a portion of Silicon Valley, has boasted such a sterling progressive record that New York Magazine wondered if he wasn’t the “Next Obama.” At 26, Low became the youngest gay mayor in the country in 2009.

As an assembly member, Low voted for a bill that barred landlords from reporting undocumented tenants last year. He was among a group of California leaders to call for the release of an estimated 200 Cambodian and Vietnamese immigrants detained by ICE last year.

That record stands in stark contrast to the activities of GEO Group, which The Associated Press reported lobbied Texas lawmakers on a bill to hold children in ICE detention with their parents, circumventing a federal judge’s ruling that children couldn’t be locked up for more than 20 days.

The GEO Group currently operates the Adelanto ICE Processing Center in California, where gay Nigerian asylum-seeker Udoka Nweke has been incarcerated for more than 16 months. Nweke fled Nigeria after escaping a homophobic mob.

Advocates report that Nweke, who lives with mental illness, is suicidal and could die if not released. He has tried repeatedly to end his life in custody, according to LGBTQ advocates, a claim that ICE officials have denied.

Last year the Los Angeles Times documented a string of deaths and suicide attempts at Adelanto since it converted into an ICE detention center in 2011. 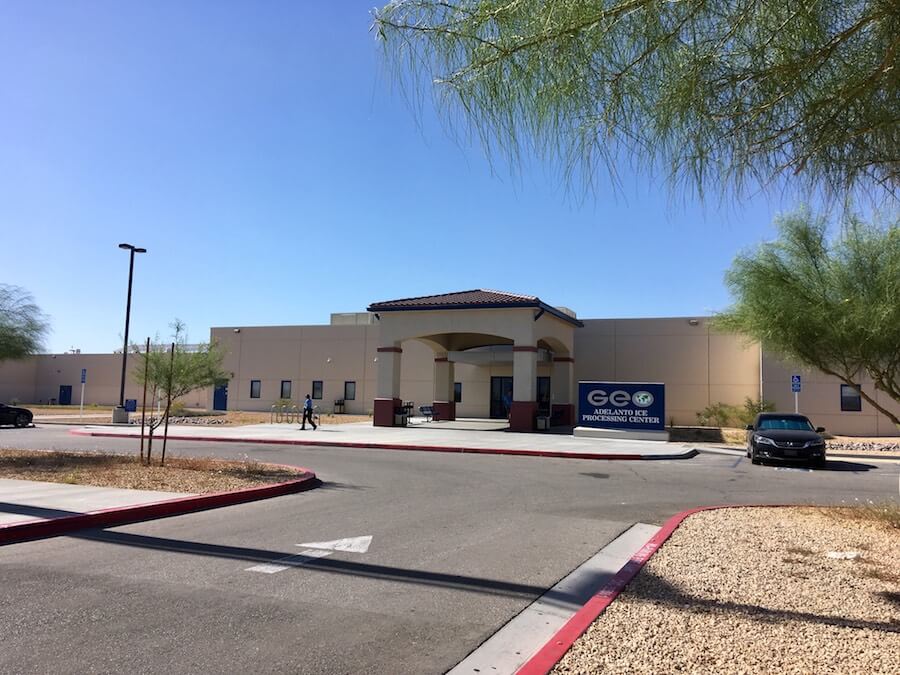 Three people died at Adelanto last year, according to ICE statements. Last March, Nicaraguan Osmar Epifanio Gonzalez-Gadba, 32, hanged himself in his cell at Adelanto and died shortly after. Another Adelanto detainee, Vicente Caceres-Maradiaga from Honduras, collapsed while playing soccer and died en route to the hospital. Sergio Alonso Lopez, a Mexican immigrant, died after two months in ICE custody at Adelanto of internal bleeding, according to the agency.

GEO Group and its oversight of Adelanto have set off so many red flags that in 2015, more than two dozen members of congress sent a joint letter to federal officials asking for an investigation into the facility.

GEO Group has historically funneled money to local and national campaigns, including hundreds of thousands toward the election of President Donald Trump, Newsweek reported.

Pablo Paez, a spokesperson for GEO, disputed any wrongdoing in a statement to Newsweek.

“We have worked for 30 years with Democratic and Republican administrations to help meet the correctional, detention and rehabilitation needs at the federal level,” he said. “We’re proud of our longstanding record providing high quality, culturally responsive services in safe, secure, and humane environments.”

Why Low accepted money from GEO remains a mystery. His legislative office promised to relay messages to Gina Frisby, Low’s chief of staff, who also works on his campaign. Frisby did not respond to multiple messages or to an email sent to an address staffers said was associated with Low’s campaign.

Low, however, is not the only surprising beneficiary of GEO money. The California Democratic Party took a $40,000 contribution from the company in September 2016.

John Vigna, communications director for the Party, said in an email that because the money came in under a previous administration, he “can’t shed any light on how or why the contribution came to be made.”

“I can tell you we are following this issue very closely and are very supportive of our grassroots Democrats who are fighting for justice for those in ICE custody,” Vigna said.

Living History
Black Queer History is Alive in “Can You Bring It: Bill T. Jones and D-Man in the Waters”
BY Ren Jender

In Memoriam
Remembering Winston Johnson, a “Pillar” of Queer Atlanta
BY Becca Barglowski