Today, New York voters are casting their ballots in the Democratic primary race, in which the actress-turned-political-hopeful faces off against incumbent Andrew Cuomo. The final results have yet to be announced, but Nixon’s chances don’t look good. A Siena College poll released Monday showed the underdog down by 41 points — with Cuomo widening his already substantial lead from earlier in the year.

Although Nixon performed strongly in an Aug. 29 face-off, she did not win the endorsement of LGBTQ groups like the Human Rights Campaign or Stonewall Democrats. This is despite the fact that if elected in November, she is poised to be New York’s first openly queer governor.

Even fellow Democratic Socialist Bernie Sanders declined to throw his weight behind her. Many of their policies are virtually identical.

Why Nixon failed to garner the support of progressive standard bearers and LGBTQ advocacy groups will likely be debated in the days to come. A second place finish would undoubtedly be a disappointment to those frustrated with establishment politics or four more years of a governor who once pledged to run his state “in a way that any Republican would be proud.”

But even if the former Sex and the City actress and longtime education advocate finishes the evening as an also-ran, one thing remains clear: She already won.

The 53-year-old began the race as an albatross in Louboutins: the seeming exemplar of a post-Trump celebrity candidate running for office based on name recognition alone. In an unintentional recognition of that fact, her campaign has referred to her by mononym: “Cynthia for New York.”

Nixon got significant mileage early in her campaign when former City Council Speaker Christine Quinn called her an “unqualified lesbian,” slapping the phrase on T-shirts and buttons. But in the months since, the politician pivoted from an ironic embrace of criticism that she lacks the experience to govern to transcending it. She has consistently proven her candidacy was more than just a flight of fancy.

Most importantly, her presence in the Democratic primaries has significantly pushed Cuomo to the left on key issues. Supporters call it “the Cynthia effect.”

When Nixon made marijuana decriminalization a centerpiece of her campaign, a politician who not long ago referred to pot as a “gateway drug” began to begrudgingly embrace the issue. After moving up the release of a study advocating for recreational marijuana use, Cuomo created a 20-person working group to push a legalization bill in the New York State Assembly.

When Nixon took aim at Cuomo’s handling of the MTA, the governor promised to inject an additional $50 million in annual funding for New York City’s crumbling subway system. He declared the situation a “state of emergency” in April.

When Nixon criticized Cuomo’s role in allowing a rogue group of Senate Democrats to caucus with the Republicans, he brokered a deal in August leading to the end of the Independent Democratic Conference. That prior arrangement is largely blamed for the failure of key LGBTQ rights legislation, including a trans nondiscrimination bill and a proposal banning anti-gay conversion therapy.

This has happened over and over again, whether it’s restoring voting rights to 35,000 paroled felons after Nixon made an impassioned plea for criminal justice reform or calling to ban single-use plastic bags even after killing a bill last year that would have taxed their use.

Cuomo’s team has continuously denied any inference that Nixon has impacted his policies.

“While Cynthia Nixon was collecting paychecks on movie sets, Governor Cuomo was establishing himself as the most progressive governor in America,” remarked Cuomo spokeswoman Lis Smith when asked about “the Cynthia Effect” earlier this year. “The governor is allowed to do his job as governor and govern and the sun rising is not attributable to Cynthia Nixon.”

But even as the incumbent outwardly focuses his energies on taking every available jab at Donald Trump, there are signs Nixon has rattled him. The paper trail speaks for itself.

At one point in the race, Cuomo was spending $400,000 a day to fend off the kind of embarrassing upset that felled seemingly unbeatable Joe Crowley earlier this year. A U.S. representative for New York’s 14th congressional district, Crowley was famously defeated in the Democratic primary by relative unknown Alexandria Ocasio-Cortez. Ocasio-Cortez was such an underdog that before her shocking win, the New York Times didn’t even cover her.

While a few hundred thousand dollars may be chump change considering Cuomo has a $31 million war chest, those numbers don’t suggest his campaign wasn’t taking Nixon seriously. Quite the opposite.

The question is whether kowtowing to progressives to shore up support ahead of the general election will stick should Cuomo win his third term in November. A profile of the governor in Buffalo News noted that he’s already been tailoring his message to appease different groups of voters. He’s talking up immigrant rights and public housing in liberal downstate New York, while promising tax cuts to the more moderate upstate.

But no matter what ultimately happens at the polls or past November, Nixon has achieved far more than her critics might have believed possible six months ago. She has created real momentum for change in Albany.

It took an outsider to challenge the ultimate insider. 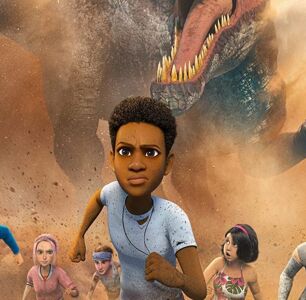 Here We Go Again
People are Freaking Out Over a Gay Kiss in a Dinosaur Cartoon. Yes, You Heard That Right.
BY Johnny Levanier 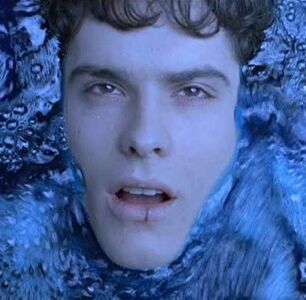 Out of the Celluloid Closet
This Cult Film Has Male Nudity, Trans Allegory, and an Extremely Phallic Puppet
BY Henry Giardina