The first transgender cadet to graduate from West Point this week received a small but important victory this week: Her name was updated in alumni records.

If you search for Riley Dosh’s name on the West Point Association of Graduates website, the result reads “Ms. Riley Dosh,” despite the fact that she matriculated at the military academy under her birth name. The update to the system was made Thursday morning after Dosh put in a request to administrators to have her name reflect her lived identity and gender.

Dosh, who graduated in May, says that she’s “thrilled.”

“For any of my classmates or any other West Point graduate, if they want to search my academic records or anything about me, I want them to be able to see the name that reflects who I amand not any other name,” she tells INTO in an exclusive interview.

Dosh came out to classmates and teachers in 2016during her senior year at the New York-based institutionand was allowed to graduate as Riley. But when Dosh received her diploma in the mail, it was “a little bittersweet.” The document referred to her by her chosen name, which is the same name listed on her driver’s license and social security card. The diploma, though, listed the incorrect pronoun.

“I didn’t open my diploma for days, and when I did, it was kind of disheartening to see that,” she says.

But Dosh fears that getting all of her documents updated at West Point may be a challenge. The West Point Association of Graduates is a separate entity from the rest of the university and has their own bureaucracy. Applying for a name and gender change with the main campus is another set of red tape. 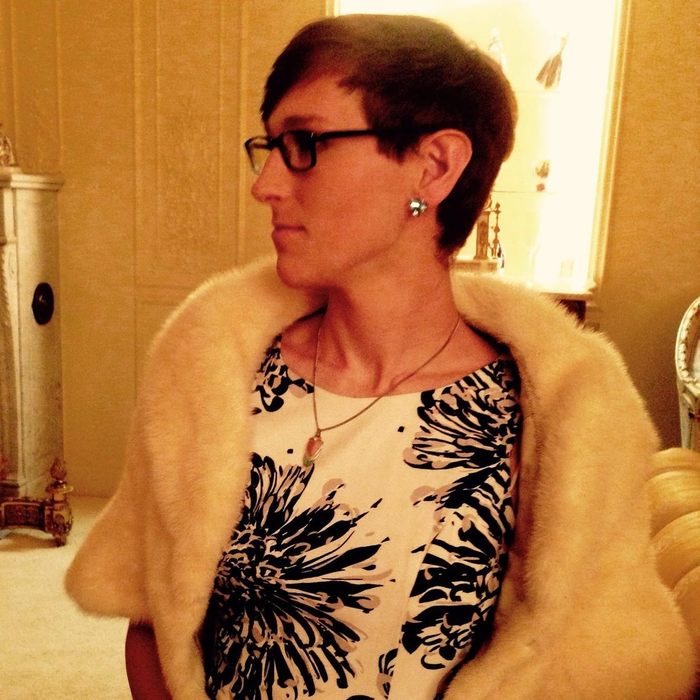 Officials with West Point confirmed to INTO that Dosh’s general academic records still reflect her birth name and gender.

“No change was made to the official cadet record,” says Theresa Brinkerhoff, the supervisory public relations specialist at West Point, in an email. “Ms. Dosh can still make this request on-line through the Army Board of Corrections for Military Records with a completed Department of Defense form 1-49.”

Dosh believes that administrators will be responsive to her request for a name change, which she is in the process of filing. After she began going by Riley during her Senior year, Dosh says that it was easy for other students and members of the faculty to adjust. People rarely slipped up. She points out that one of the reasons for that is her chosen name is gender-neutralwhich is one of the reasons she liked it.

“I’ve always been kind of a tomboy,” Dosh explains.

But given the political optics, Dosh worries that having her gender marker updated may be a more difficult conversation. Just weeks after she graduated, President Trump announced on Twitter that he intended to ban transgender troops from military service. That policy proposal was put into effect on Friday in an executive memo signed by the POTUS.

Dosh wasn’t surprised by this development. Shortly before she graduated, the 22-year-old learned that she would not be invited to join the armed forces.

But the former cadet is hopeful that change is possible. Trump’s ban, which reverses a 2016 policy from the Obama administration allowing trans people to serve openly for the first time, won’t take effect until March. Before that time, Defense Secretary Gen. James Mattis has stated that the Pentagon will be investigating the issue.

A 2014 survey from thePalm Centerthink tank determined that there exists “no compelling medical rationale for banning transgender military service.” The RAND Corporation found in a 2016 study requested by the Pentagon that trans troops had no “significant effect on cohesion, operational effectiveness, or readiness.” Israel, Canada, and the U.K. already allow trans people to serve with no consequences as a result.

Trans troops will continue to serve, though, just as they always have. They will just do so in silence. Arli Christian, the state policy counsel at the National Center for Transgender, tellsINTOthat it’s important for military entities to affirm trans identities to ensure these individuals don’t experience “discrimination, harassment, or undue scrutiny.”

“It’s also important that all records be consistent to ensure that the records don’t cause confusion for administrators or anyone else,” Christian says in an email, pointing specifically to Dosh’s case.

But for the estimated 15,500 trans service members who face being discharged seven months from now, Dosh’s story is a small measure of hopeat a time when many need something to be hopeful about. After all, it only took 24 hours for West Point’s alumni office to process her request. Getting it right was as easy as sending an email.