Beverly Young Nelson claimed during a Monday news conference that she was just 16 years old when Moore, then a district attorney, assaulted her under the pretense of giving her a ride home. With the high-profile attorney Gloria Allred by her side, she alleged that the Senate hopeful choked her, threatened her, and tried to tear her clothing off in a parked car.

Nelson said that she first met Moore while working as a waitress at Olde Hickory House restaurant in Gadsden, a city in northwest Alabama once known as a flourishing player in the rubber and steel industries. Moore was a “regular customer,” she claimed.

“He came in almost every night and he would stay until closing time,” Nelson told press during an emotional address. “He sat at the counter in the same seat, night after night.”

More than a decade her senior at the time, Moore would frequently flirt with the high schooler, praising her good looks. When signing her yearbook in 1977, the prosecutor addressed her as such: “To a sweeter more beautiful girl I could not say Merry Christmas.” 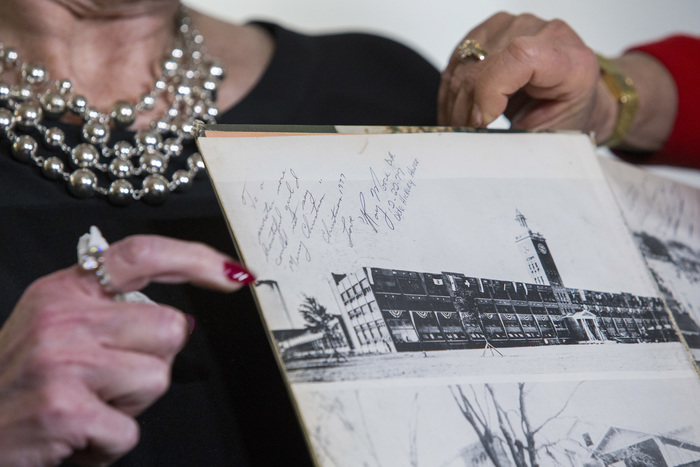 Nelson recalled that she continually rebuffed his advances, noting the age difference.

“I was not interested in having a dating or sexual relationship with a man that was twice my age,” she told reporters, frequently fighting back tears as she recalled his persistent advances. “I did know that he was an important person, and I always treated him with respect.”

His attentions allegedly became violent one evening when Nelson said that he gave her a ride home from work after a late shift at the restaurant. Instead of driving to her house, he parked outside of her work. When Nelson demanded to know what was going on, she claimed that he began “groping” her, squeezing her breasts and trying to pull off her shirt.

“I tried to open my car door to leave, but he reached over and he locked it so I could not get out,” Nelson said. “I tried fighting him off while yelling at him to stop. But instead of stopping he began squeezing my neck, attempting to force my head onto his crotch. I continued to struggle.”

“I was determined that I was not going to allow him to force me to have sex with him,” she continued. “I was terrified. I thought that he was going to rape me.” 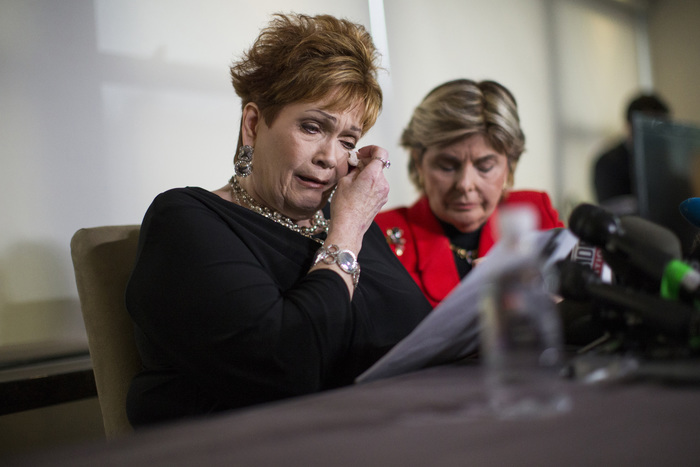 Nelson claimed that eventually Moore “gave up.” She told reporters that she can’t remember whether she fell out of the car or the prosecutor shoved her out of her seat. As the teenager tumbled to the ground and began to run away, Nelson alleged that he warned her about speaking up. Moore said that everyone would believe she was lying.

“You’re just a child,” she recalled him saying. “I am the District Attorney of Etowah County. And if you tell anyone about this, no one will ever believe you.”

Nelson’s story is strikingly similar to the other four women who claim that the GOP candidate used his position of power to attempt to coerce them into sex as teenagers. Leigh Corfman, then just 14, said that a 32-year-old Moore approached her outside a courthouse and gave her his number. He would take her out twice. On their second date, Corfman alleged that Moore fondled her while she was wearing nothing but a bra and panties.

While the four accusers who spoke to the Washington Post say that their interactions with Moore were consensual, Corfman couldn’t legally partake in the encounter. The age of consent in Alabama is 16.

The interaction she described would constitute sexual abuse in the second degree.

#WBRC just spoke to Leigh Corfman, Roy Moore’s accuser. “I stand by my comments. The article is very detailed, anyone with questions should please re-read it. And I want to say thank you to my friends and others who have supported me and my story.”

The National Republican Senate Committee has suspended its fundraising efforts for Moore’s campaign.

But Moore, who was ousted from the Alabama Supreme Court for attempting to block same-sex marriages, has refused to resign as allegations pour in. He has called the numerous claims, which are backed up by more than 30 sources, “garbage” and “the definition of fake news” even as he was unable to unequivocally deny them.

Colleagues have referred to the reports as an “open secret” in Alabama politics for years.