Australia took one final step toward equality when the country’s Parliament voted overwhelmingly to legalize same-sex marriage on Thursday.

“That’s it,” lawmakers announced at 5:59pm, following days of debate on the marriage equality bill. The announcement was meant with immediate cheers and applause in the legislative chamber, as well as cathartic tears following a bitterly fought battle over LGBTQ rights.

“This is a great day, it belongs to every Australian,” said Prime Minister Malcolm Turnbull, who had promised that Parliament would pass a same-sex marriage bill by Christmas. Australians voted 61.6 percent to 38.4 percent in favor of marriage equality in a postal survey, but that vote was nonbinding. The final decision would have to be made by the legislature. 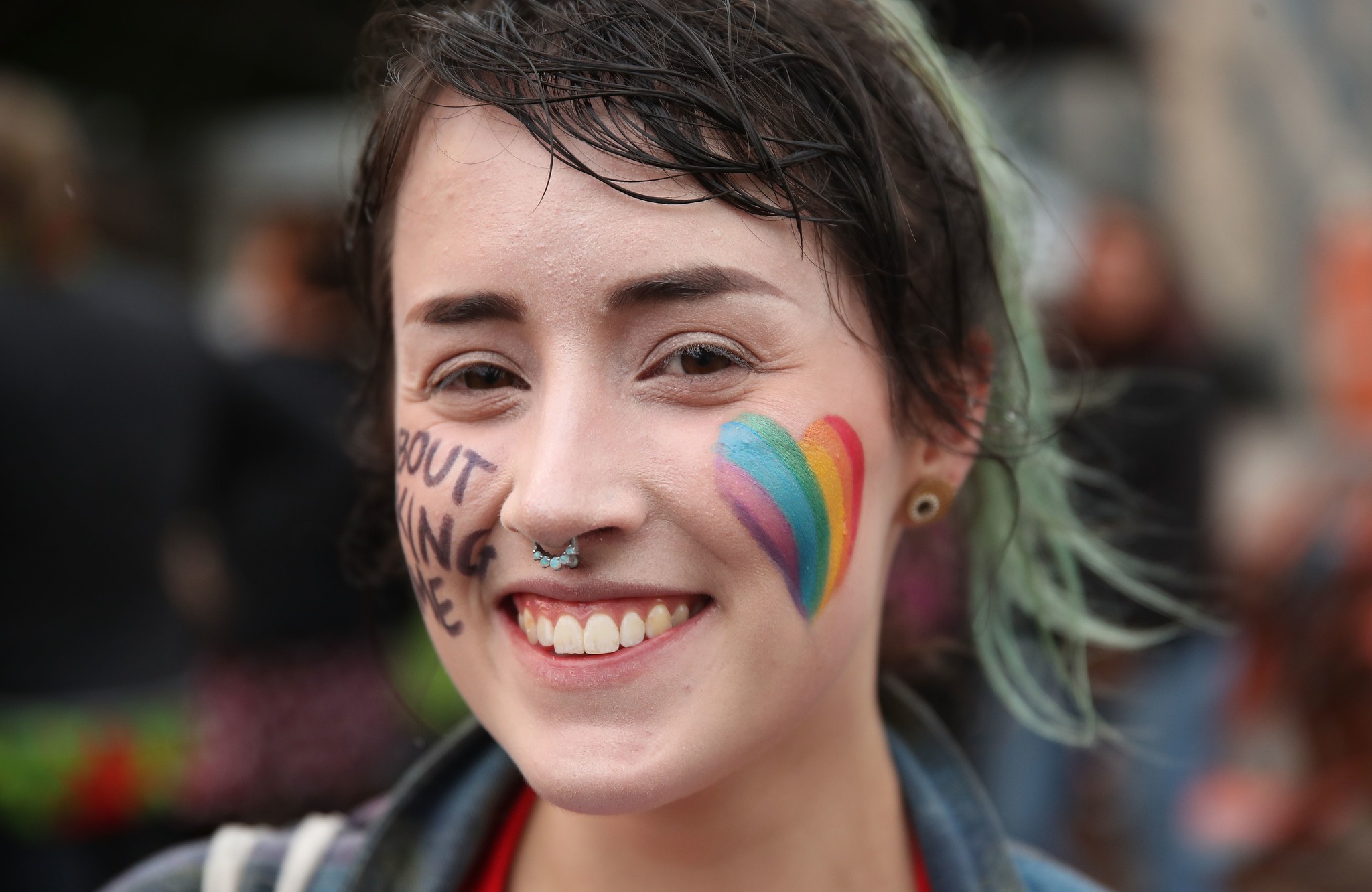 Only five lawmakers in the House of Representatives voted against the bill’s passage, although the names of dissenting MPs were not available at press time.

The equal marriage legislation passed Australia’s Senate earlier in late November without controversial amendments that would carve out sweeping protections for people of faith. A proposal from Liberal MP James Paterson would have allowed “conscientious objectors” to refuse services to LGBTQ people, whether its denying to bake a same-sex couple’s cake or declining to sign a wedding license.

The Paterson bill would have also negated LGBTQ-inclusive nondiscrimination ordinances around the country and allowed parents to pull their children out of classes that teach a view of gender and sexuality that doesn’t align with their family’s faith beliefs. That effort failed.

Turnbull said the bill that was passed Thursday is a reflection of the nation Australia aspires to be: “fair, diverse, loving and filled for respect for everyone.” 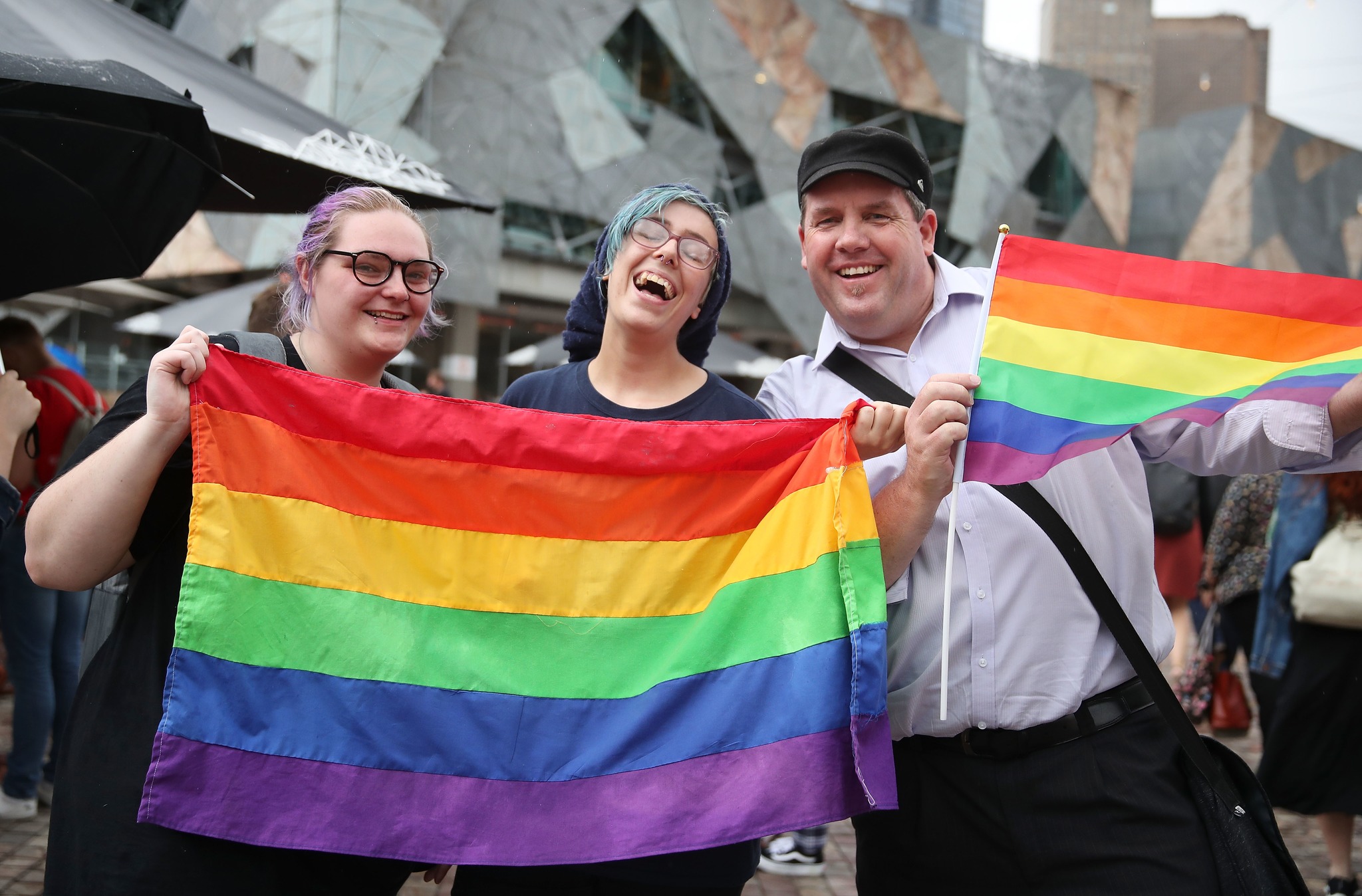 Australia will now become the 24th country to legalize same-sex marriage after the Netherlands first paved the way back in 2001. Reaching this milestone was not without strife: The two-month national debate brought out the most extreme and uncivil factions of society. Gay couples’ houses were vandalized with swastikas, while city train cars were spray painted with homophobic epithets.

The list of offenses is long, and it may take the population time to heal from a campaign that branded gay couples as deviant predators.

Flyers posted in Melbourne reading “Stop the Fags” depicted two men holding rainbow-colored belts, while standing before a huddled, fearful child. The anti-equality ad falsely claimed that 92 percent of children raised by same-sex parents are abused, and more than half suffer from clinical depression. It also alleged that three-quarters are overweight.

Other handouts distributed in Hurstville mailboxes claimed that if marriage equality were passed, transgender people would take the opportunity to sexually assault people in public restroomstaking a page out of the GOP playbook in the United States.

Same-sex couples in Australia will have to wait until January to tie the knot, as CNN reports. A draconian rule requires couples to announce their nuptials a month prior to the date.