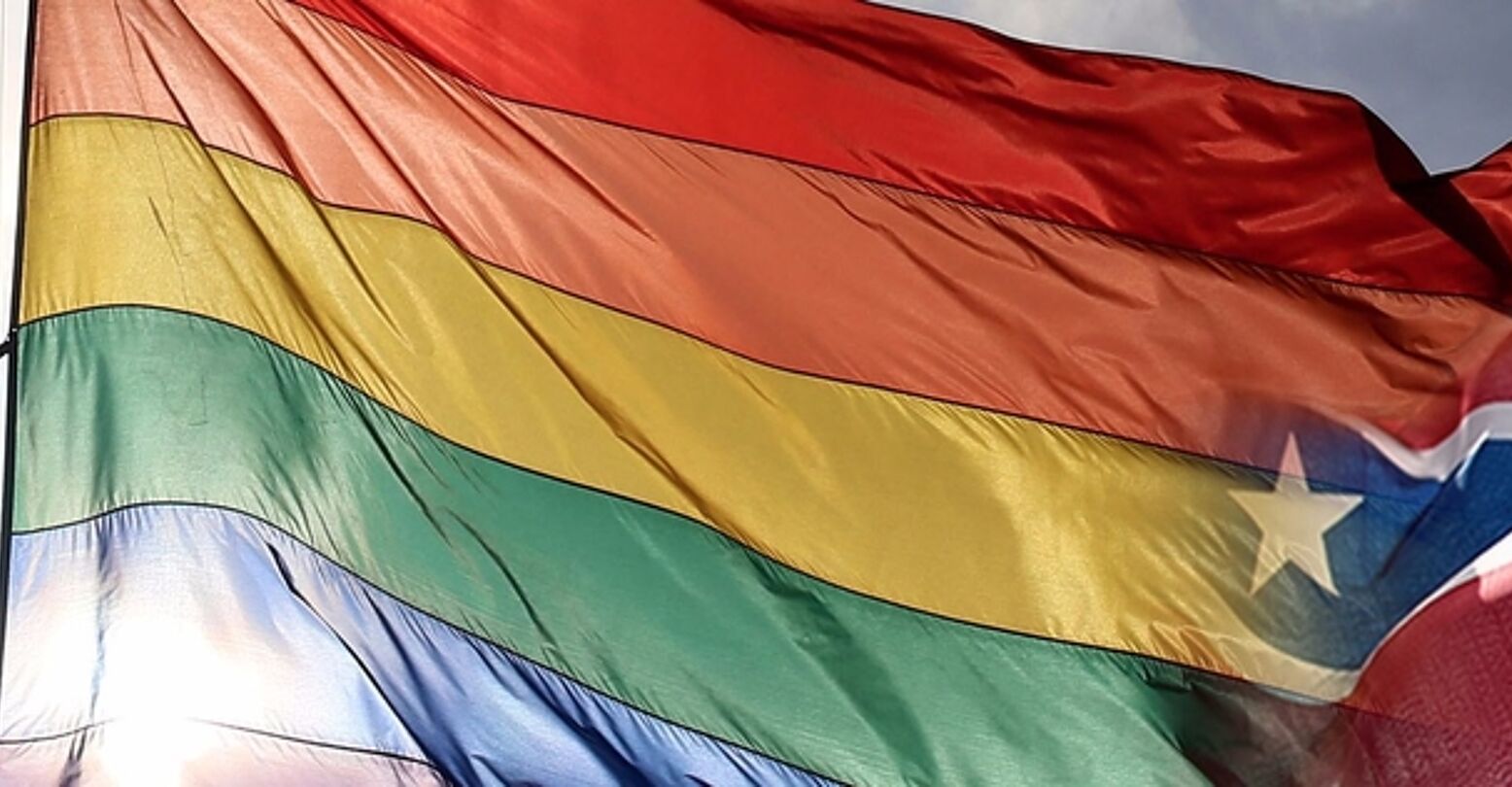 After protests in Charlottesville, Va., turned to violence over the weekend, one Fox News guest believes white supremacy isn’t to blame. Instead she pointed a finger in the opposite directionat the LGBTQ community.

During a Monday episode of Fox and Friends, host Steve Doocy brought on conservative columnist Star Parker to discuss the horrific tragedy. The day after an alt-right protest against the removal of a statue of Robert E. Lee, anti-racist marchers took to the streets of the small college town on Saturday, August 12. Footage shows a car plowing through a crowd, which resulted in the deaths of three people. 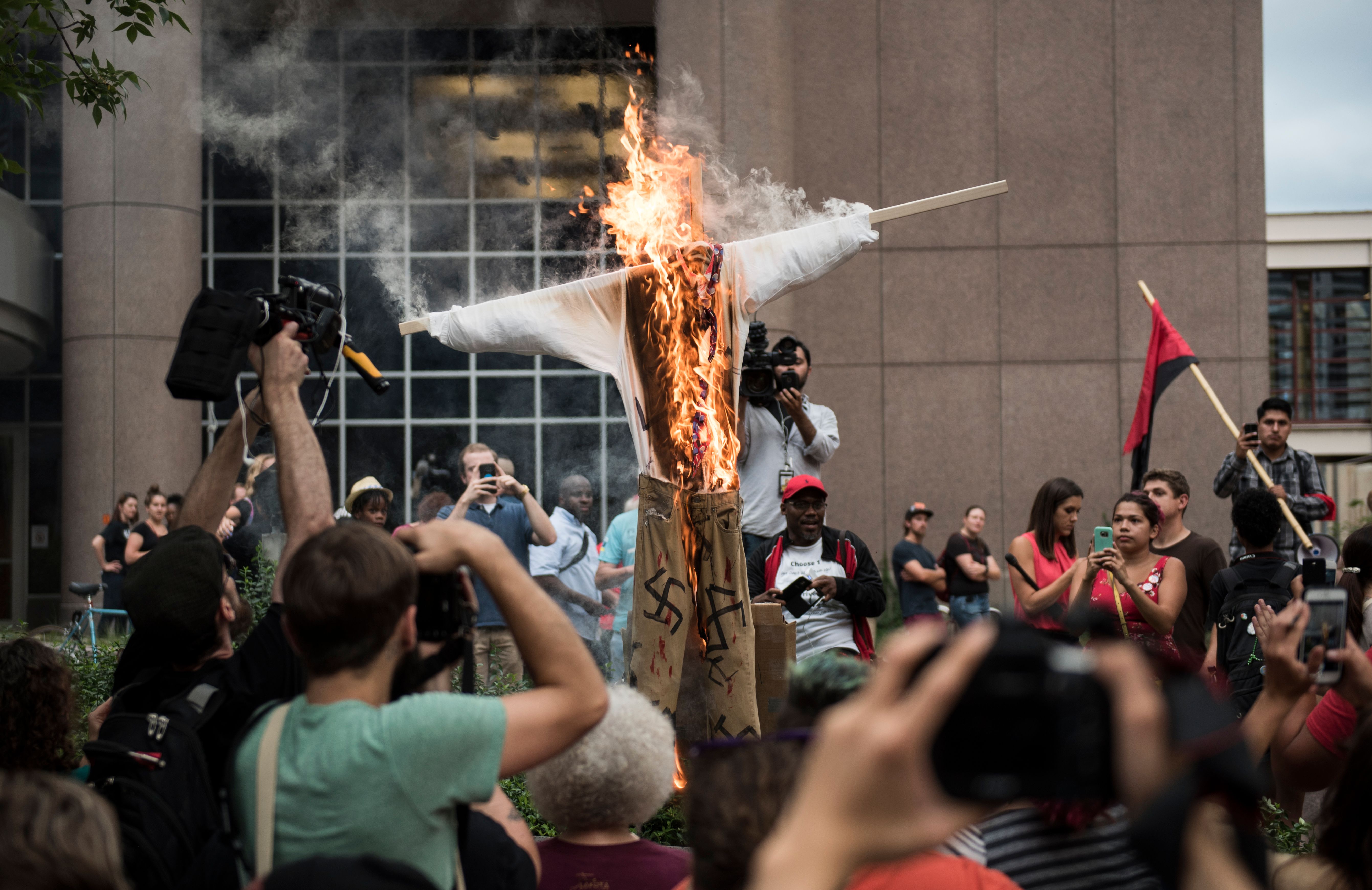 Instead of pointing the finger at the resurgent racism that elected him to the presidency, Donald Trump commented during a Sunday speech that “all sides” are to blame for the attack. He has since doubled down on that statement.

His failure to take a strong stance against Sunday’s violence has been widely denounced by critics. “This is the same president who routinely mocked and attacked Barack Obama and Hillary Clinton for failing to call Islamic radicalism by its name,” aNew York Timesop-ed responded. “In Charlottesville, evil has a name, and it is white supremacy.”

Parker believes that the president’s detractors on the left are being hypocritical: How can they speak out against Charlottesville when they support Pride parades?

“But you know what’s the really interesting and really incredible irony here is the same people that are demanding that the Confederate flag comes down are the same people that are insisting that the rainbow flag goes up,” says Parker in a video being circulated byMedia Matters for America. “These two flags represent the exact same thing. That certain people groups are not welcome here.”

“What happens the next time that the homosexuals want to walk through an American city and protest and counter protesters come out?” Parker adds.

For anyone familiar with Parker’s career, these comments are certainly shocking but fairly run-of-the-mill. The 60-year-old has claimed in her columns, which run on conservative websites likeTown Hall, that the acceptance of LGBTQpeople will result in the “moral unraveling of our society.” She has also claimed that the passage of same-sex marriage indicates that the U.S. is “sick as a country” and believes God will take retribution.

In a particularly jaw-dropping op-ed published onWorld News Daily, she claims that queerness among black women results from single-parent households.

“Growth in black lesbianism is generally the product of a culture where families already have been destroyed,” Star writes. “These aren’t pioneers venturing out of an intact family that has given them a good life to discover a new ‘lifestyle.’ The injustice and discrimination they feel is to never have had the opportunity to grow up in an intact family and to understand what it means to have a man in your life who is responsible and from whom you can receive love and respect.”

Oddly enough, the pundit isn’t the only right-wing figure to compare a symbol of LGBTQ resilience to Southern confederacy this year.

In May, Bryan Fischer of the American Family Association, the anti-gay group behind the boycott of Target, said that the Pride flag is a “as much of a symbol of bigotry” as the Confederate flag ever was.

He further claimed that forcing bakers to provide services to same-sex weddings is “slavery.”