It’s been more than 40 years since The Gender Identity Center (GIC) of Colorado began operating in basements, serving transgender, nonbinary, and questioning individuals. Since then, it has grown into a full-fledged community organization with support groups, staff, and a space of its own.

But the Denver-based organization, which has counseled thousands through life and gender transitions, now faces a funding shortfall that could shutter it as early as November.

“The rug got pulled out from underneath us in a relatively short period of time,” says Emma Shinn, member of the GIC board of trustees.

According to Shinn, GIC had been seeing about 100 therapy clients a month. It’s the only Colorado organization focusing solely on transgender people.

In addition to providing mental health services, the nonprofit offers facilitated and peer-led support groups for trans and non-binary people and their partners, hosts speakers, runs an internship program and holds community events. 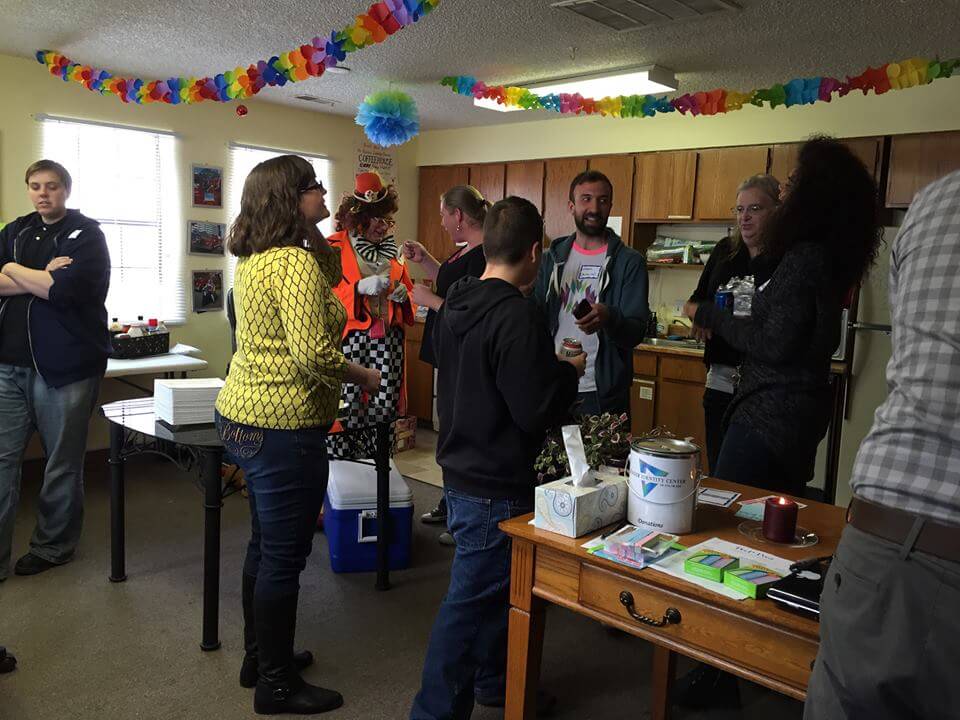 Amanda Hergott first stepped into GIC in August 2016 on her way home from work. It was the same decision she had made twice in the past month, but she had finally found the courage to exit her car and enter GIC. She had told her doctor she had gender dysphoria and asked him about hormone therapy, but he didn’t know what she was even talking about.

At GIC, Hergott got a referral to a doctor who could give her hormone therapy, and she started attending support groups.

In a blog post about GIC, she asks community members donate to save GIC.

GIC has historically offered a sliding scale for therapy services, with low-cost or no-cost options made available to clients in an effort to remove a barrier to care often faced by trans community members.

But a perfect storm of events has threatened those vital programs. Last year, the organization moved into a new space that made it easier to offer confidential counseling. But the rent came at a price tag of $6,000 a month. The cost increase was followed by the resignation of GIC’s executive director Dr. Karen Scarpella, who left unexpectedly to deal with health issues, according to the organization.

Scarpella’s resignation abruptly cost GIC its clinical supervision ability. The organization could no longer see patients and its income disappeared.

“Unfortunately, we didn’t really forecast that,” said Shinn. With most of its income coming from Medicaid billing and donations from clients, the GIC has little to fall back on.

Since the crisis was announced, GIC has launched a Facebook fundraiser to keep the lights on. In an urgent message, GIC told supporters that without help, the organization would close its doors in 30 days.

“For over 40 years, the Gender Identity Center of Colorado (GIC) has provided a support structure for transgender, nonbinary, and questioning people, but now its very existence is threatened,” the organization said.

Thus far, they have raised a quarter of the $100,000 they need to get back on track. That’s enough to propel them into November, says Shinn.

Still, to survive, GIC will need to diversify its funding by finding major donors or other income streams to shield it against future shortfalls. And while the initial $25,000 is a start, it’s far below what GIC needs to right itself. In the meantime, hundreds wait for GIC services to resume.

“It was a devastating loss not only to those who were given only about a week’s notice that they could no longer be receiving counseling, several of whom I know personally, but it now threatens a major source of funding for the organization,” wrote Hergott in her community appeal. “Like so much of the community it supports, the GIC exists with little financial security to survive a sudden loss of income.”