The scene that unfolded in Aceh on Friday was like deja vu all over again for Indonesia’s LGBTQ community.

Two gay men were flogged more than 80 times in the semi-autonomous Indonesian province after being apprehended by a mob at a hair salon earlier this year. In the provincial capital of Banda Aceh, the defendants were led to a stage where they were beaten on their backs with a rattan cane.

The accused were originally sentenced to 90 canings but the sentence was lessened following a four-month prison stay.

As the masked executioner flogged the men, the 1,000-person crowd–unsatisfied with the severity of the violence–called to “flog them harder.” A local fisherman who gathered to watch the beating with his wife accused authorities of not being “serious” about the punishment.

“I don’t think they’re being serious about the flogging,” he told the Agence France Presse (AFP) newswire. “It looks like they are just playing around.”

After a similar display a year earlier sparked international outcry, President Joko Widodo pledged to cease public canings. While the punishment–which was first introduced in 2005–would continue to be utilized in prison, floggings would no longer be available for spectatorship. Widodo also vowed to stop filming them.

In May 2017, a gay male couple was caned 85 times after a vigilante group stormed in on them in bed together. The same month an Aceh court ruled they had violated Shariah law, claiming they were “legally and convincingly guilty of committing gay sex.”

The accused covered their faces in shame during the trial. 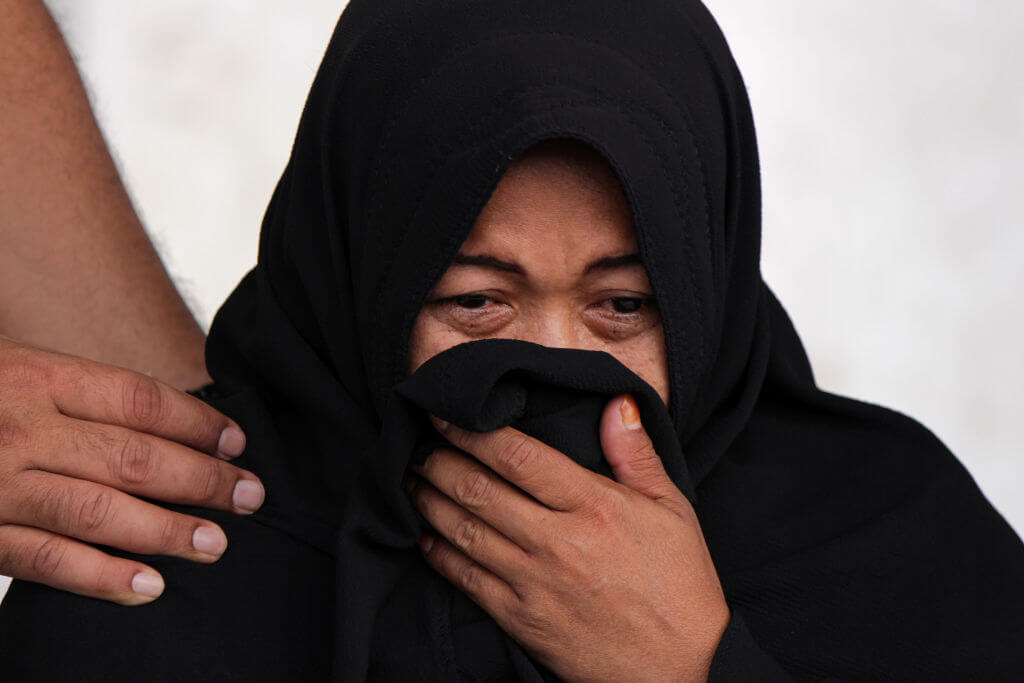 Although homosexuality is legal in Indonesia, Aceh is the only province in the world’s largest Muslim majority country which is permitted to govern under the ultra-conservative Islamic law. Residents may also be sentenced to flogging if they are found guilty of having sex outside of marriage or engaging in public displays of affection.

One of the other individuals caned on Friday was a woman accused of selling alcohol.

But even despite the president’s pledge, it doesn’t look like the public beatings will cease anytime soon. Muhammad Hidayat, who serves as chief of the city security office, told the Associated Press “there was no technical guidance yet” on the new policy of holding canings inside prison walls.

“The authority of caning within the prisons is on the hand of the prosecutor’s office,” Hidayat claimed.

Meanwhile, authorities have pushed back on international criticism of its use of public floggings. Aceh Gov. Irwandi Yusuf has claimed that calls from advocacy groups like Human Rights Watch and Amnesty International to end the punishment is “Islamophobic.”

In a recent report, Human Rights Watch found that the crackdown on Indonesia’s LGBTQ community–which includes police raids on Jakarta bathhouses and salons in Aceh where trans women are known to work–are fueling escalating HIV rates in the country of more than 200 million. Since 2011, the number of gay men living with HIV has increased threefold.

Last year there were 46,357 new cases of HIV in Indonesia, and nearly a quarter of those diagnosed were gay and bisexual men.

Earlier this year, the Indonesia Parliament introduced legislation criminalizing homosexuality as part of a proposal to ban sex outside of marriage under the country’s criminal code.