Neighbors have been calling the police for years, they said.

On Monday night, they stood on their front steps as a throng of community activists demanded justice for a second Black man who died in the West Hollywood apartment of gay Democratic donor Ed Buck.

“We’re not okay with it,” Beatriz Albuquerque, a resident of Buck’s building for four years, told INTO. “We told the cops everything we knew, but nothing was enough.”

Buck, who has filled the campaign coffers of local and national Democratic politicians, has long faced accusations of drugging young Black sex workers. In 2017, 26-year-old Gemmel Moore died in his apartment on North Laurel Avenue of an apparent methamphetamine overdose. 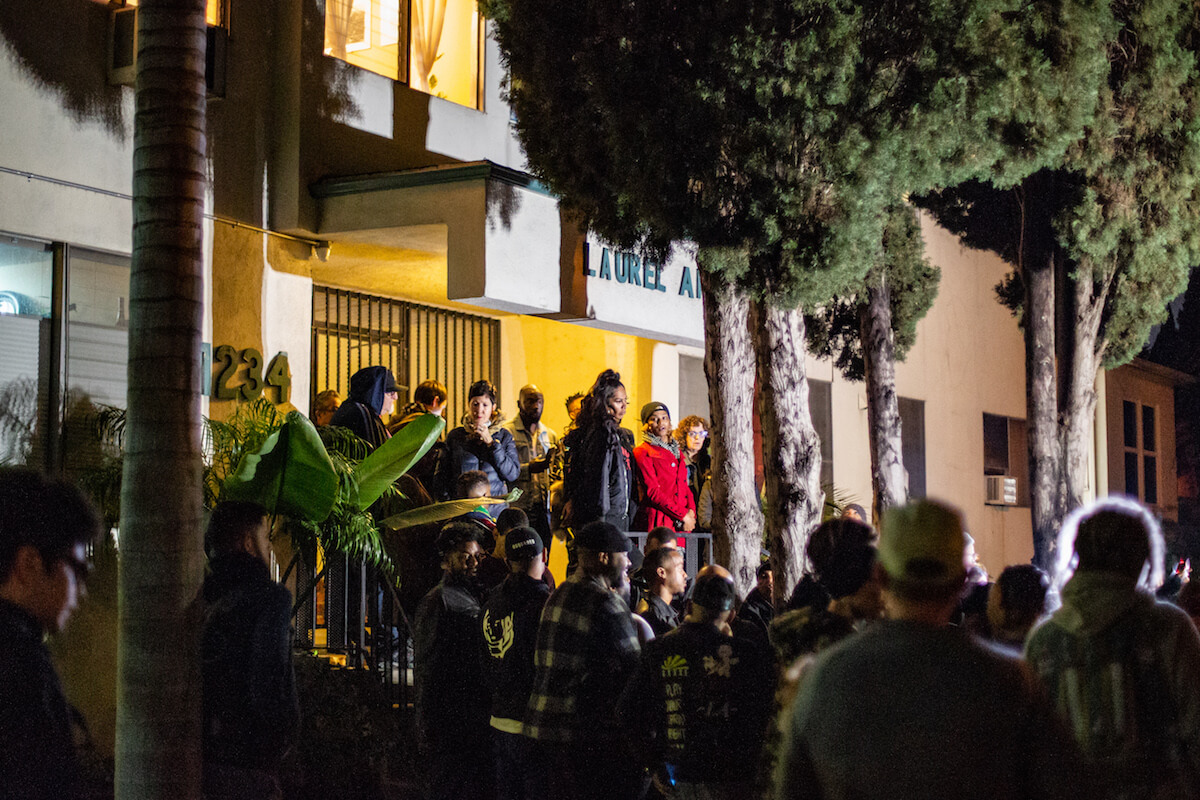 On Monday, the eve of what would have been Moore’s 28th birthday, West Hollywood Station deputies responded to a report of a person not breathing at Buck’s apartment at 1:05 a.m, according to the Los Angeles County Sheriff’s Department.

“Los Angeles County Fire responded to the location and pronounced a male adult deceased,” the department said in a statement.

The official cause of death remains undetermined.

Community activists say the deceased is in his 50s, but police have not confirmed an age.

Buck’s attorney Seymour Amster claimed to INTO over the phone that Buck did not have a sexual relationship with the man but that the two were friends of 25 years. Amster maintained his client’s innocence.

“The individual did have issues… would use controlled substances at times,” Amster said. “Ed tried to counsel him out of it, tried to help him, and on this occasion, the individual came over and obviously having already ingested something improper. The events happened from there.”

But several neighbors say they have repeatedly called police to report a string of young, drugged Black men coming and going from Buck’s apartment. 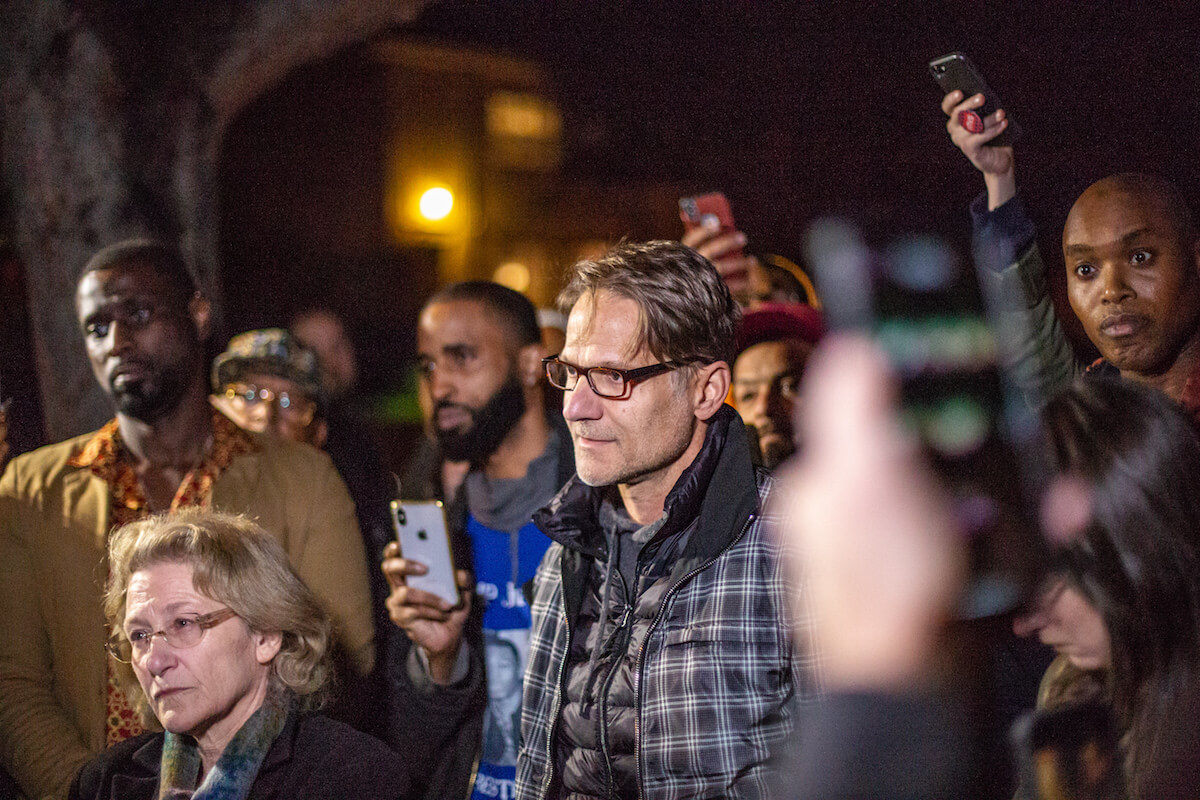 Two weeks ago, Celina Salazar found a man outside her building on the 1200 block of Laurel Avenue who appeared heavily drugged, she said. She called the building manager who said the man was looking for Buck. Police had already been called, the manager said.

“Why is he still here?” asked Salazar. “I know that my neighbors have been quite active in asking the sheriff, ‘What is your role here? What is going on?’”

Salazar, a Mexican-American lesbian who has lived in the building for four years, says she wants to know who the police are protecting.

That was the question on many minds Monday night as dozens of reporters crowded onto the lawn in front of Buck’s apartment.

The failure of city officials to arrest Buck illustrates for many the racism that remains deeply entrenched in Los Angeles and its LGBTQ community in particular.

“I couldn’t have one dead body in my house and not be detained, not go down to the station, not go to jail,” said Jasmyne Cannyck, a communications strategist who has worked with Moore’s family. “This man has had two dead bodies in the house, and he’s still in his house.”

Cannyck recounted that several young Black sex workers had stepped forward and reported that Buck met them online or the street and lured them to his apartment and then drugged them.

Buck, a white gay man, has enjoyed the company of some of the country’s most prominent Democratic politicians. He has funneled hundreds of thousands into state and national campaigns, and his Facebook page features photos with Hillary Clinton and former Governor Jerry Brown.

In a tense standoff, Cannyk questioned West Hollywood Mayor Pro Tempore John D’Amico about what became of a contribution he accepted from Buck five years ago. D’Amico said he didn’t want to give the money back to someone who would spend it on drugs.

But D’Amico joined protesters as they chanted up toward Buck’s lit-up apartment windows, “Arrest him now!”