It was past 11 Monday night when 11-year-old Jefry Sorto pulled out the Christmas tree and ornaments.

After more than two months in ICE detention, his big brother Osny Sorto-Vasquez had come home.

Today, 24-year-old Osny goes by a different last name. On Tuesday, he married partner Chance Kidd, the very first moment they could, in a ceremony at an officiant’s home with a witness.

“It feels amazing,” Osny Kidd told INTO over the phone. “He never once gave up, and he motivated me, and oh my god, I can’t describe how much I love him.”

“We didn’t invite anybody because my mom and my family couldn’t be here,” said Chance. 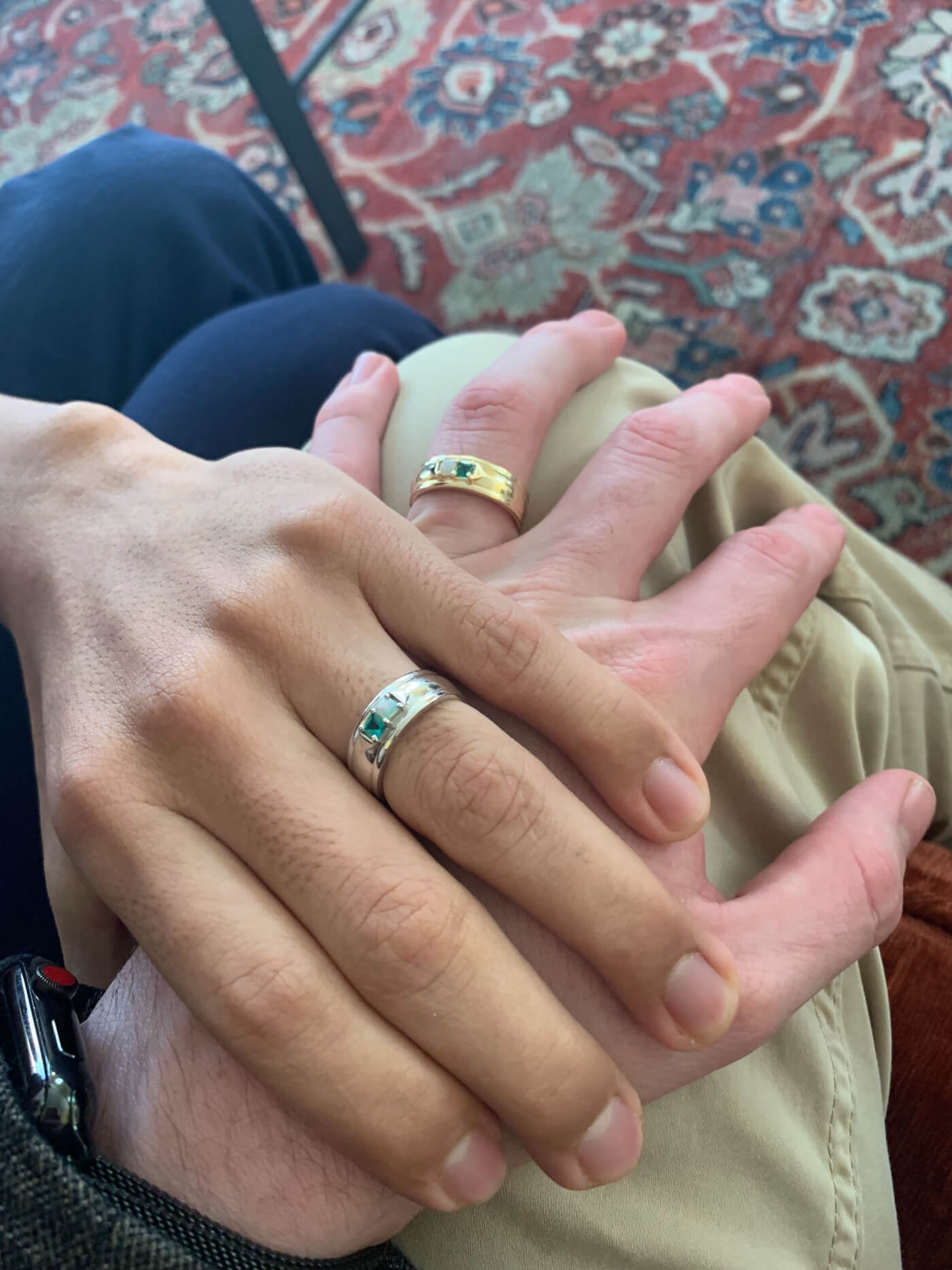 The two are planning a celebration with family in the future, but married immediately due to the precarity of Osny’s immigration case.

Osny has been detained at Adelanto ICE Processing Center in the Mojave Desert northeast of Los Angeles since Oct. 3, when ICE agents posing as police showed up at his family’s home and told him that his family was being targeted by a contraband mail scam. When Osny came to talk to the agents, they arrested him.

An immigrant from Honduras, Osny had been shielded from deportation under the Deferred Action for Childhood Arrivals (DACA) program. He came to the U.S. at age nine, but he missed a court date as a child when his mother was sick. A misdemeanor DUI threatened his DACA status. Last week, a state court invalidated that DUI conviction. Osny will be retried in January.

For months, Osny and Chance have been left in legal limbo while Osny’s case dragged on. Two weeks ago, ICE approved their request to marry while Osny was in detention, but the couple dreamed of marrying outside the walls of Adelanto. Osny turned 24 in detention and spent Thanksgiving there. He dreamed of Christmas with Chance, his mom, and his siblings.

In the interim, the couple has been aiding other detainees with their cases, translating and using Chance’s internet access on the outside to get the resources they needed.

On Monday afternoon, ICE officers told Osny it was his turn to go home.

“The whole housing unit was clapping,” Osny said. “All they were saying was it was time to go.”

A fellow detainee lifted Osny up and carried him out of his room.

Osny phoned Chance and told him he heard he was being released. “I just got in the car and drove up there,” Chance said. 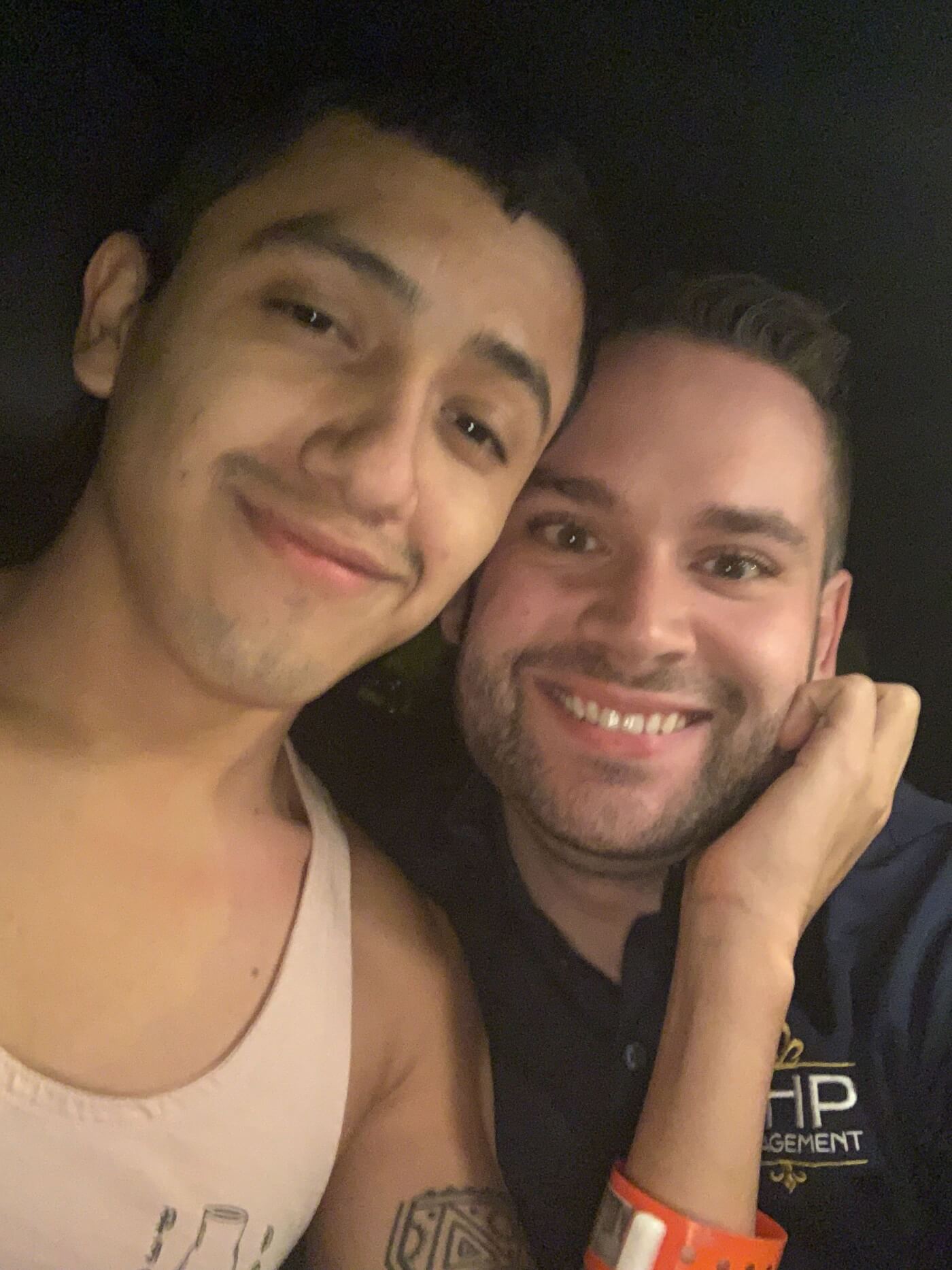 By the time he was processed out of detention about three hours later, it was pitch black and cold in the desert.

“All I see is this door opened and this dirty parking lot, and they say ‘You’re free,’” Osny said.  “I see Chance in the distance.”

The couple drove to Osny’s home in Los Angeles where he surprised his mother and siblings. Chance recorded Osny arriving home Monday night. He rang the doorbell at his family’s home and ducked so they would only spy Chance through the peephole. Osny’s little brother Jefry opened the door, saw Osny, and burst into tears. He continued to sob as he grabbed Osny. Osny rushed to his siblings and mom, who embraced him, crying.

While Osny was in detention, he told INTO, that he dreamed of his family’s Christmas tree. In 2016, the family had a white Christmas tree. His mother had planned to decorate a green tree or a pink this year, but it was uncertain if Osny would be with the family to enjoy it.

On Monday night, Jefry wasted no time in pulling out the family’s tree.

“We will definitely be having our green Christmas tree this year,” Osny said. “I am so happy.”