Oh, the gay community. A bastion of tolerance and acceptance, right? Nah.

According to a new poll, LGBTQ people over 50 and gay men are the most opposed to the black and brown pride flag, which is literally just a piece of fabric that is a symbolic representation of a commitment to make room for black and brown people in our community. But hey, guess that’s too much to ask. 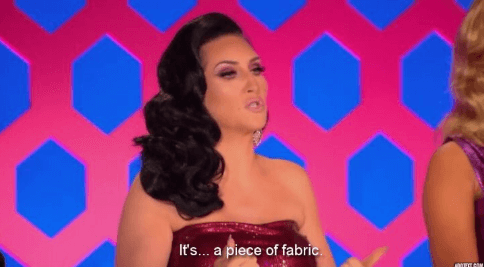 The results were found as part of a larger survey previously released that found that most queer people in America are young, female and bisexual.

The black and brown pride flag originated in Philadelphia in June 2017 as a response to blatant racism in the Philadelphia’s “Gayborhood.” At the time, Amber Hikes, executive director of Philadelphia’s Office of LGBT Affairs and a black queer woman, told Mic that the flag was supposed to be a “local initiative” and a “local response” and wasn’t meant to start a national conversation. But it did. The flag proved to be hugely controversial online.

The original pride flag, which also had more stripes than the one we use now, was constructed in 1978 by Gilbert Baker. Baker died in 2017 and Google honored him with a Google Doodle in April 2017.

All of which is to say: gay men don’t like the black and brown pride flag?