When Chris Johnson didn’t get his yearly invite to the White House Christmas Party, he assumed it was a mistake.

Chief political reporter for the Washington Blade, the oldest LGBTQ newspaper in the country, Johnson attends daily press briefings at the White House. He’d been invited to the White House holiday party for the past seven years under the Obama administration. It was during a Thanksgiving dinner with fellow journalists that Johnson learned his fellow colleagues had all received invitesand he hadn’t.

He emailed the next day to correct the apparent mix-up. The White House didn’t respond. Johnson followed up again on Monday and was bounced between spokespeople who eventually stopped answering his messages. When he didn’t hear anything back, he dropped it.

“They never gave me an official explanation as to why I was not invited,” Johnson tells INTO. 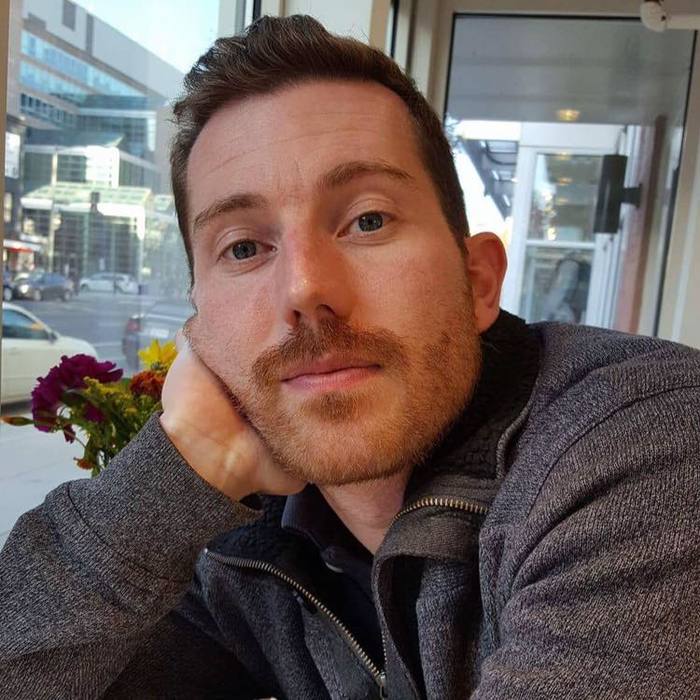 The LGBTQ reporter was one of two journalists to be left off the Christmas list this year. April Ryan, one of the few black journalists to sit in daily briefings, was also snubbed by the Trump administration. The D.C. bureau chief for American Urban Radio Networks has clashed with Press Secretary Sarah Sanders, asking her whether or not the administration “[believes] slavery was wrong.” (Note: Sanders dodged the question.)

The president famously asked Ryan to set up a meeting with the Congressional Black Caucus in response to a question about his plan to tackle crime in the “inner cities,” one of the president’s favorite subjects. She reminded him that scheduling appointments is not her job.

Ryan tells the Washington Post that she doesn’t believe she was “overlooked” by the White House in not getting invited to the holiday gathering.

“I think they don’t like me,” she says of the slight.

Johnson likewise believes that the cold shoulder from the Oval Office is the result of President Trump’s disdain for the press, as well as his administration’s disregard for LGBTQ rights.

The reporter is the only journalist with a queer media publication to sit in on daily press briefings. He claims that in the past six months, Sanders has only called on him once. After Johnson called out the habitual stiff-arm in an October op-ed, he was finally allowed to ask a question days later.

Sanders hasn’t acknowledged him since.

“I go to the White House Press briefings every day, but the press secretary ignores me,” Johnson says in a phone interview. “She looks my way sometimes, but she won’t call on me for a question. A couple times she’ll look right at me but then her gaze will go somewhere else. So the fact that I didn’t get an invite to the party is consistent with them not engaging me during the White House press briefings.”

He also believes the treatment is “consistent” with the White House’s rollback of protections for queer and transgender people since Trump took office in January. Over the past year, the White House has tried to ban trans troops from serving openly in the military (which was recently blocked by the courts), while chipping away at LGBTQ rights in employment and education. 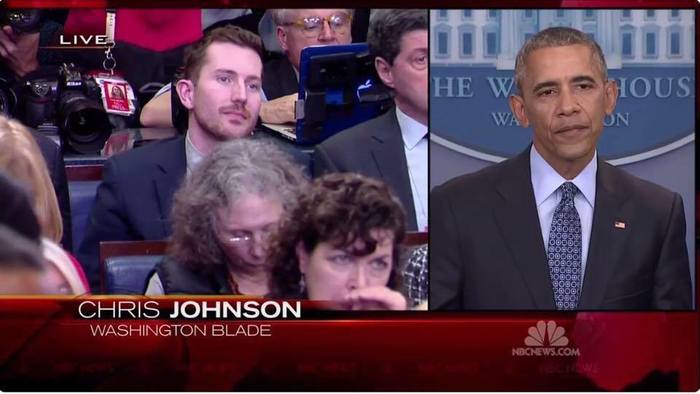 This week, The Supreme Court is set to hear Masterpiece Cakeshop v. Colorado Civil Rights Commission, a case in which the Department of Justice has signed onto support the right of businesses to discriminate against same-sex couples.

When the press secretary refuses questions on these issues, Johnson says it’s a way for the White House to dodge responsibility for its actions.

“The fact that we’re being ignored shows the White House doesn’t care to address the policies it’s making that have a lot of undeniably deleterious effects on the LGBTQ community,” he claims. “It makes it harder for the American public to hold the administration accountable for those things.”

But Trump’s hostility is not directed solely at LGBTQ media. Other outlets have refused the White House’s Christmas invitation this year due to the president’s behavior toward the media. The president calls press coverage he doesn’t like “fake news.” He has referred to journalists as “liars” and “sick people,” called the press “the enemy of the American people,” and claimed reporters are “among the worst people I’ve ever met.”

Trump even tweeted a video in July of a pro-wrestler body-slamming a man with a CNN logo photoshopped over his head, which many read as an overt encouragement to physically assault journalists with the network.

Unsurprisingly, CNN claimed in a statement that it does “not feel it is appropriate to celebrate with him as his invited guests.”

Although Johnson considered sitting out this year’s Christmas Party prior to his lack of invitation, he says the annual event holds a symbolic importance. In addition to showing solidarity with fellow members of the press, he believes the tradition is an opportunity to recognize the role journalists play in democracy, as well as serving the public good.

“The White House is the people’s house, no matter who is in it,” Johnson says.

The Oval Office has not responded to comment on Johnson’s snub. After news of the shunning broke this week, Washington Blade editor Kevin Neff called it “deliberate and petty” in an op-ed.