On Aug. 3, the 31-year-old rabbinical student was turned away from a pizzeria in Jerusalem for wearing a Pride T-shirt. Kanter and a group of friends were ordering pizza at Ben Yehuda 2 in the city center when the employee serving them from behind the counter spotted the word “Cincy” spelled out in rainbow letters on his shirt.

The fashion choice was a nod to his hometown of Cincinnati, Ohio.

“Atah homo?” the man repeatedly asked Kanter in Hebrew. In English, the question translates to “Are you gay?” Taken aback at first, Kanter said he was.

“Out,” the employee responded. He pointed to the door.

Kanter was stunned. He had never experienced such blatant, in-your-face discrimination before, either for being Jewish or being gay.

Raised in the reform tradition, the Hebrew Union College student—who is studying in Jerusalem on a year-long rabbinical program—was brought up to believe that Israel was “a place where Jews could always be safe.” He had only been in the city for a month at the time of the incident.

While Kanter said being refused service because of who you are “would suck regardless” of the context, the incident felt like the shattering of a long-cherished dream.

“It was really upsetting,” he told INTO in an interview.

After they left the premises, a friend, Ben Rosen, posted about what happened on Facebook and warned people not to patronize the business. Not yet realizing what a big deal it was, Kanter didn’t think anyone would respond.

But within a half hour, Rosen’s post went massively viral. It quickly racked up thousands of “likes” and comments, the vast majority of which were positive.

By the very next day, the response swelled into an international frenzy. Kanter spent most of his day on the phone with members of the press and talking with attorneys who reached out offering to represent him should he go to court. Discrimination on the basis of sexual orientation is illegal in Israel.

“The silver lining of it all is hearing from so many people all over the world — everywhere from India to Mexico,” he said. “It was special to know that it struck a chord with people and that this was something that was being taken seriously.” 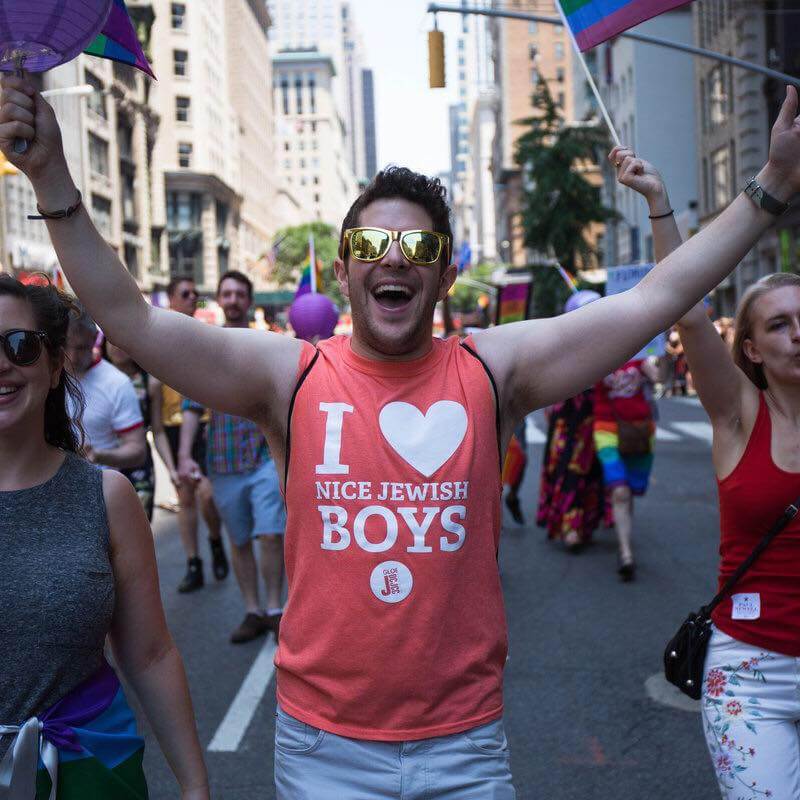 Management with Ben Yehuda 2 have largely refrained from commenting on the incident in the media. A cook at the pizzeria, Sasi Vargas, told The Jerusalem Post that Kanter was refused not because he was gay but because the restaurant was closed at the time he and his friends entered.

Timestamps of the August Facebook posts refute that timeline, however.

With the aid of the Israel Religious Action Center, Kanter moved forward with a lawsuit.

The case will be heard in Jerusalem Small Claims Court on Jan. 31.

“To me, it’s not about the money,” Kanter explained, recognizing the importance of his case in the global conversation about religious-based refusals targeting LGBTQ people. “It’s more about the statement.”

The case isn’t just relevant to the country of Kanter’s birth, where conservatives have sought a license to discriminate in the name of faith.

He also arrived in Jerusalem during a pivotal moment for LGBTQ Israelis.

In July, Prime Minister Benjamin Netanyahu signed a bill banning gay male couples from conceiving a child through the use of a surrogate — which led to nationwide protests. Just days after the law was passed, over 100,000 people marched in support of LGBTQ rights in gay-friendly Tel Aviv.

Jerusalem’s yearly Pride parade, which took place a day before Kanter was turned away from Ben Yehuda 2, has become a focal point in the country’s tensions over LGBTQ rights.

Three years ago six people were stabbed and one killed when Yishai Schlissel infiltrated the parade shortly after being released from prison. A 40-year-old member of the Orthodox faith, Schlissel served 10 years of a 12-year sentence for a nearly identical attack dating back to 2005.

Following his release, he urged objectors to stop the parade in a series of Facebook posts, even if it meant risking “beatings or imprisonment.”

At this year’s Pride festival, more than 2,500 police officers were on duty to prevent additional attacks. Organizers closed off streets surrounding the event to ensure attendees’ safety. Kanter describes the experience as surreal.

“The city around the parade has to go into lockdown,” he said. “So everyone is the parade — there’s no spectators. Everyone’s marching.”

Kanter claimed this “rightward shift” in Israeli politics is counter to the country’s recent history on LGBTQ rights. He described Israel as being on the “forefront” of queer and trans equality for the past two decades.

Israel lifted its colonial-era sodomy law in 1998 and passed a nationwide nondiscrimination bill prohibiting bias on the basis of sexual orientation in 1992. A year later gay recruits were allowed to serve in the military for the first time. Its government has recognized same-sex marriages performed abroad since 2006.

Although a majority of the population supports same-sex marriage, a legalization bill failed in the Knesset this year by just three votes.

Critics claim, however, that the country’s pro-LGBTQ track record is often used by government leaders to deflect from criticism of human rights abuses waged against neighboring Palestine. It’s commonly referred to as “pinkwashing.”

Kanter addressed the conflict many Jews feel — loving Israel but not always what it does — in a September op-ed for The Forward, a Jewish news site.

Writing of the “continued mistreatment of minorities… on both sides of the green line” and the “backdrop of an Israeli government that contradicts all of [his] values,” Kanter asked: “Am I welcome in my dream anymore?”

Kanter, though, hopes the case will be a wake-up call for his interim home.

“I’m hopeful it continues the conversation that queer people are human beings just like everyone else,” he claimed. “We want the same things and we desire the same things.”